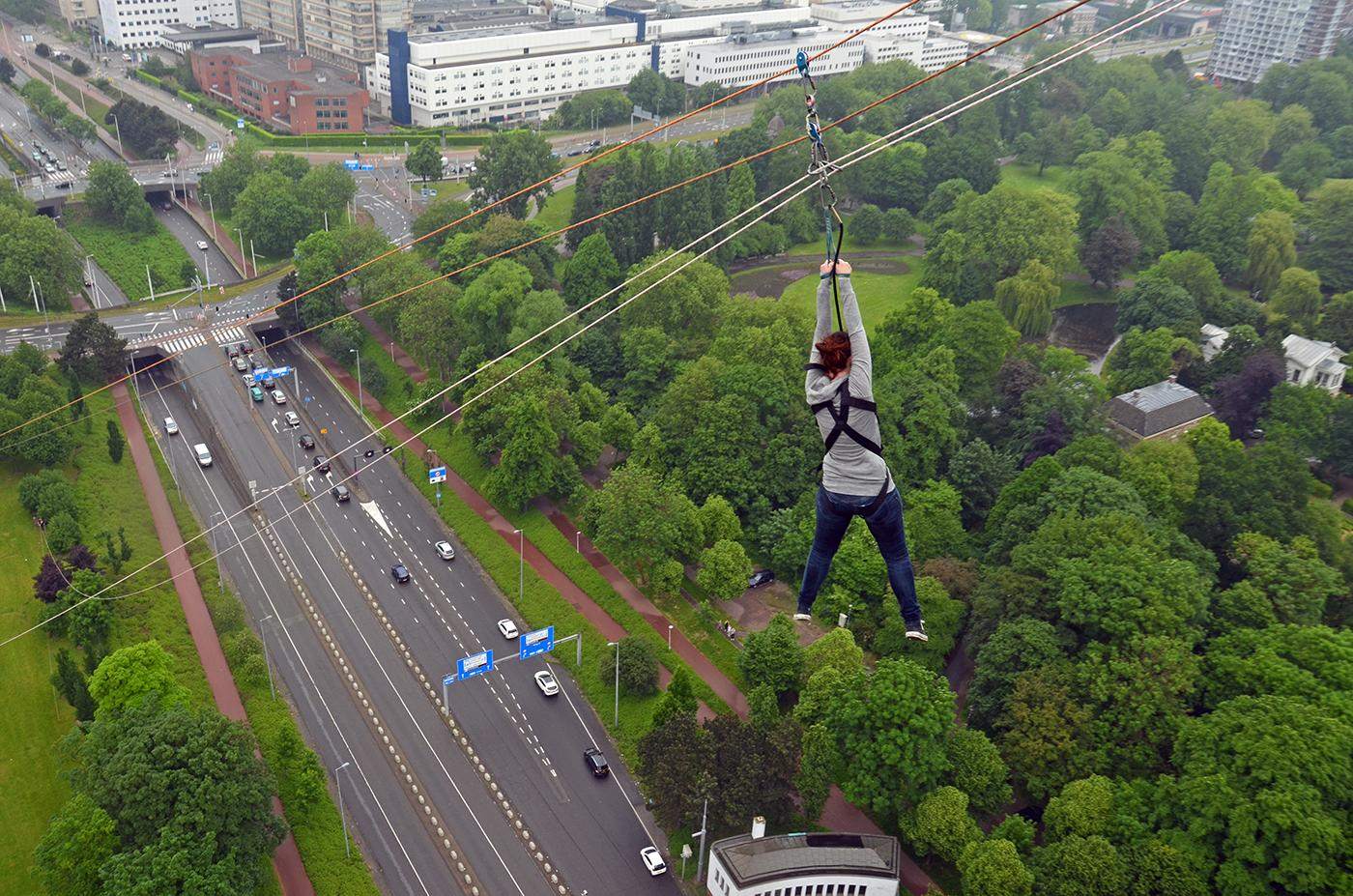 Adventure in The Netherlands: ziplining from The Euromast

It’s a gloomy Sunday in May when I wake up. As I look outside the window, I’m once again sad that the weather isn’t very appealing. However, soon after I realize it’s going to be an exciting day for me, I’m going ziplining from The Euromast (‘Eurotower’). I signed up for it on a whim, just because it sounded like a lot of fun. We’ll see if that it actually really true.

Later that morning it’s still raining. As I have to drive from Arnhem, which is about an hour and a half by car, I call the company to check if they are still going if it rains. They sure are so I get into the car. All along the A15 highway I am thinking about what I am about to do. Although some people think I’m rather adventurous, I’m generally not. OK, I do quite some things that others consider scary, but believe me when I say that I’m generally pretty scared as well. Luckily, the voice inside my head always says ‘go!’ whenever I’m off to do something exciting, for example earlier this year I made a bungy jump from the pier in Scheveningen, something I said I’d never do again after bungy jumping before in New Zealand.

Upon arrival in Rotterdam it turns out to be fairly busy at the Euromast. As it’s a special zipline hour for journalists, we are first offered a drink with a view. Only then I realize that The Euromast is no peanuts and that it is in fact pretty high. And that I’m super excited yet a little scared, too. I decide to pop outside for a second and see one person after the next gliding down. Even a grandmother, who I presume has received this from her grandkids as a present, is going down. Respect lady!

Eventually I get my harness and step over the edge. I’m still being held by two people and the guy talks to me in a comforting tone. While he talks, all I can say is ‘there is no way I’m going to do this’. I’m sure he is used to this kind of last minute anxiety talk though, because he continues giving me instructions. ‘Now slowly bend your legs as I’m counting down. At ONE I will let you go!’ I slowly bend through my knees and close my eyes. I feel the ground disappear and plunge into the depth. For the first two seconds I scream like crazy. I give into fear and the unknown… 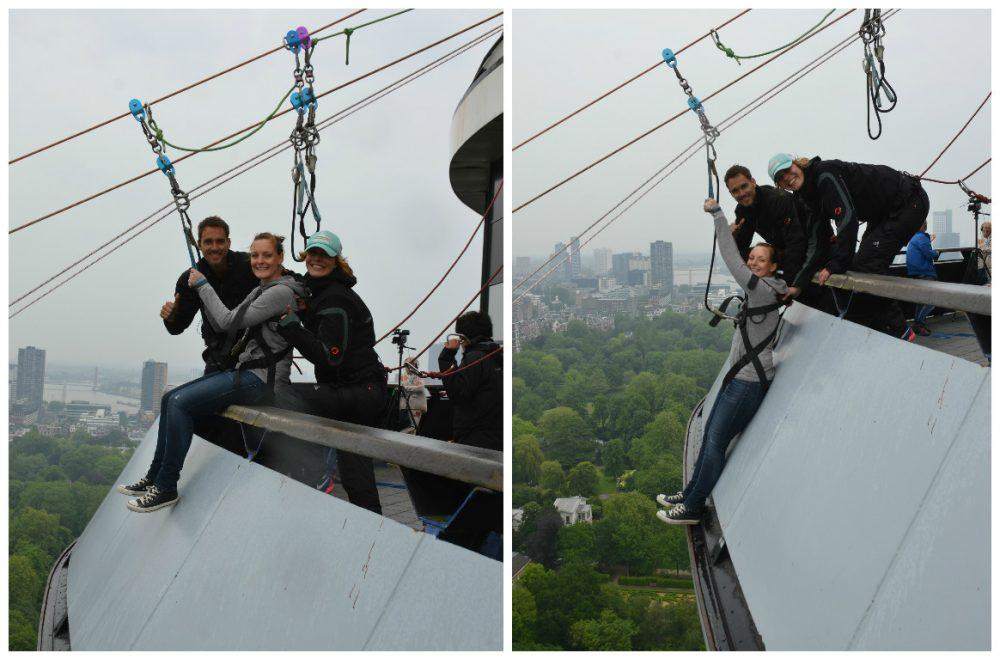 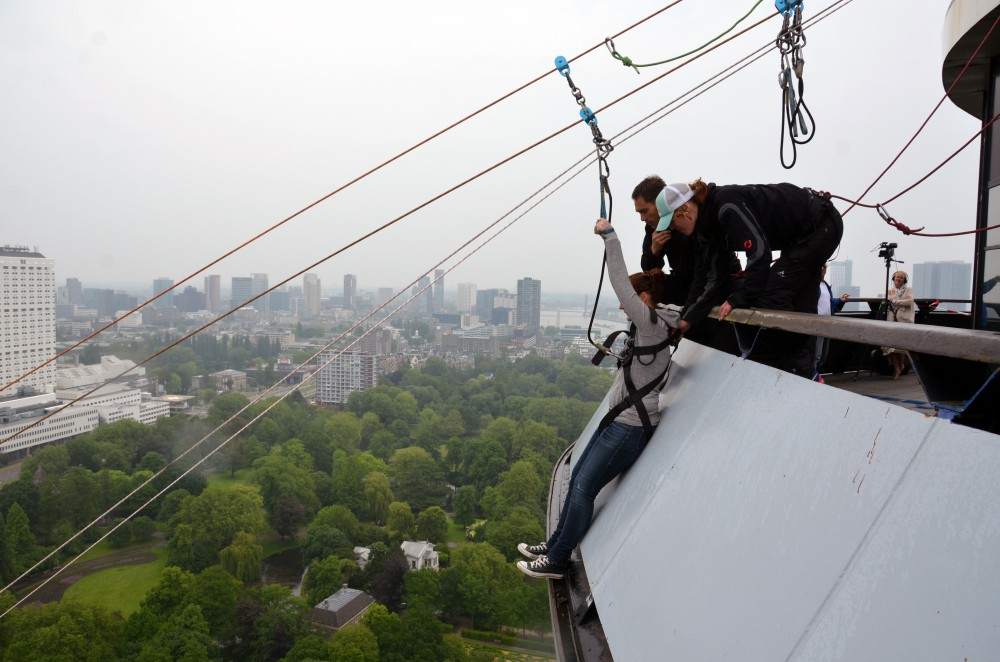 Luckily the zipline is quite long, it lasts about fifteen seconds until you reach steady ground again. After about two seconds I dare to open my eyes and somehow my harness turns around and I’m facing backwards. A broad grin appears on my face, this is awesome! It’s not just the highest but also the fastest zipline in Europe and I’m going down like Superman. Or better said, Superwoman. Eventually I am being slowed down and not much later, I’m dangling above the ground… 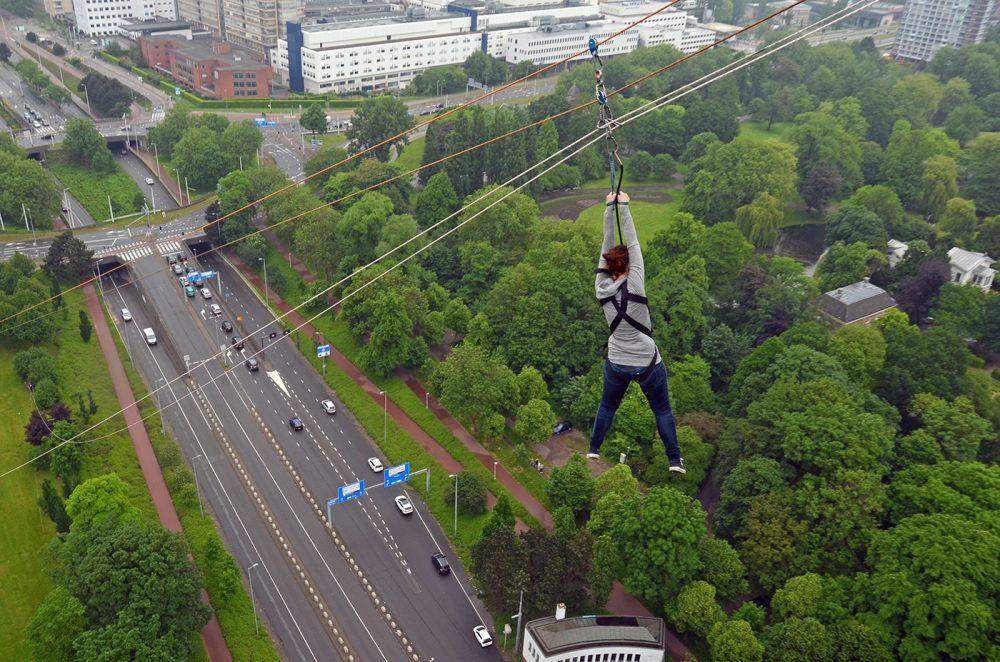 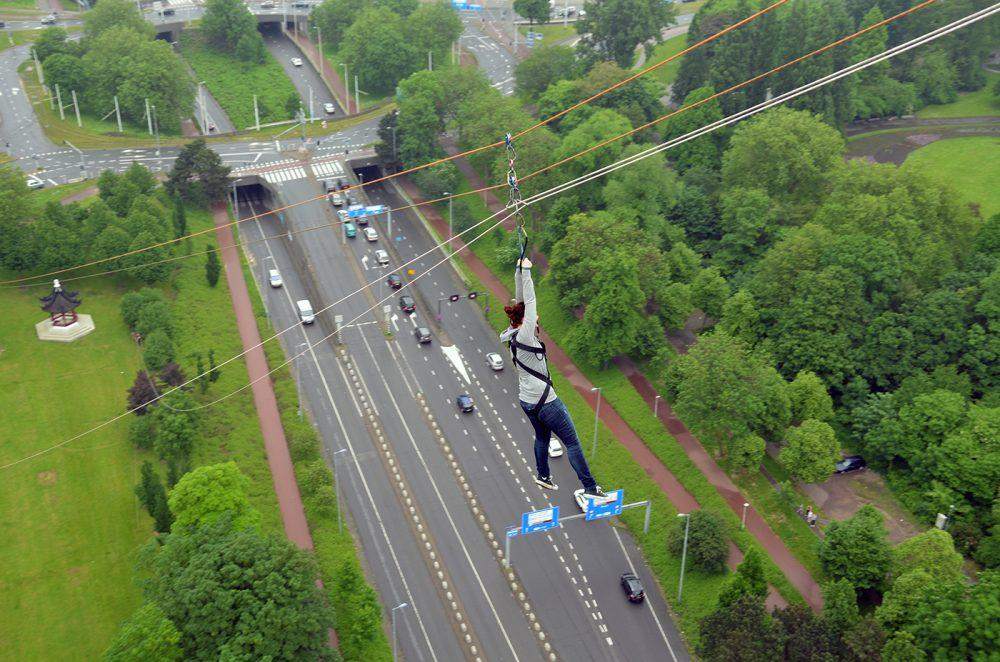 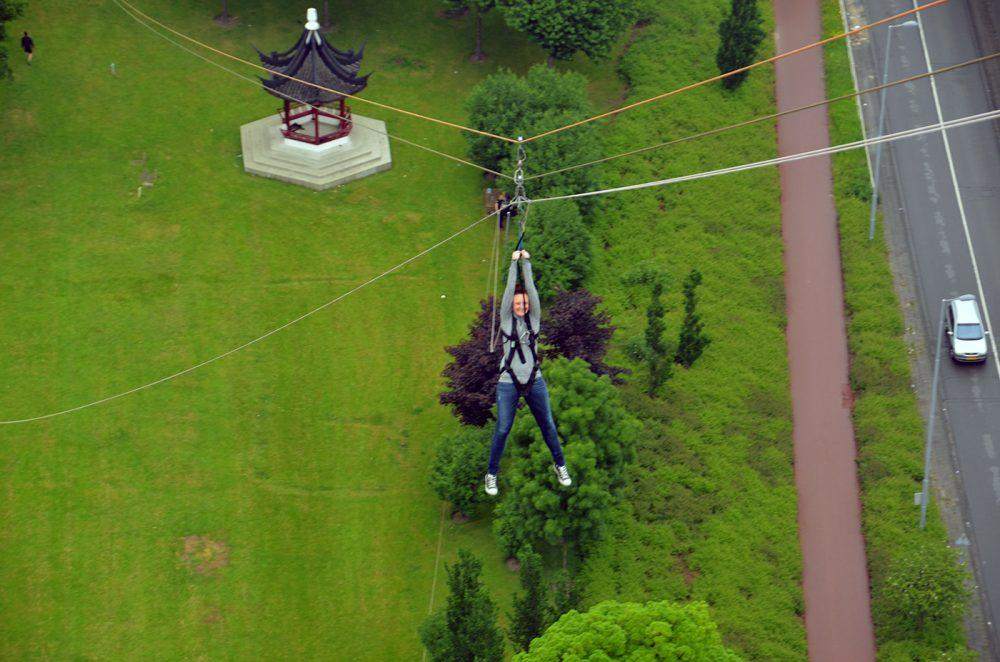 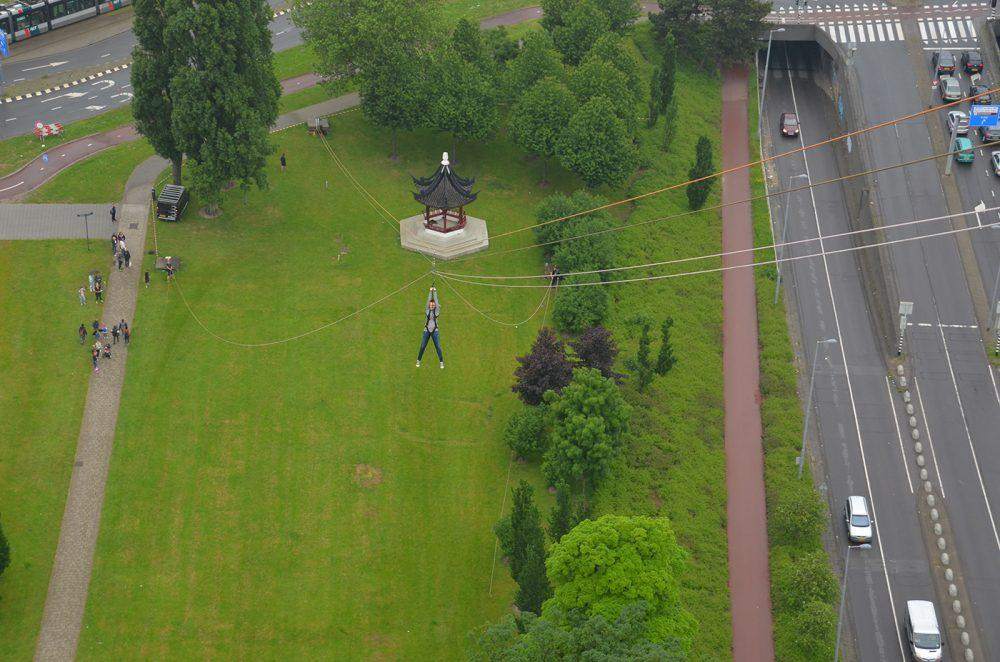 I’m being liberated from my harness and the adrenaline sets in. The most amazing feeling in the world. Still a bit weak in the legs I walk back to The Euromast. Along the way I’m being looked at. ‘Look mom, that’s the girl who just came down’ a little boy tells his mother. ‘When you are as old as her, you will get to do this, too’ she tells him. I step into the elevator and within moments I’m up high again. What an amazing adventure!

Also want to go ziplining from The Euromast? The agenda can be found on their website, as well as the fare and the phone number for reservations. I did this zipline an a journalist invite but of course all mentioned opinions and experiences are entirely my own.

Want to read more? You will also like these posts:
– Super cool and cold things to do in Alaska
– Adventures and solo hiking in Landmannalaugar, Iceland
– The best multi-day hikes in the world