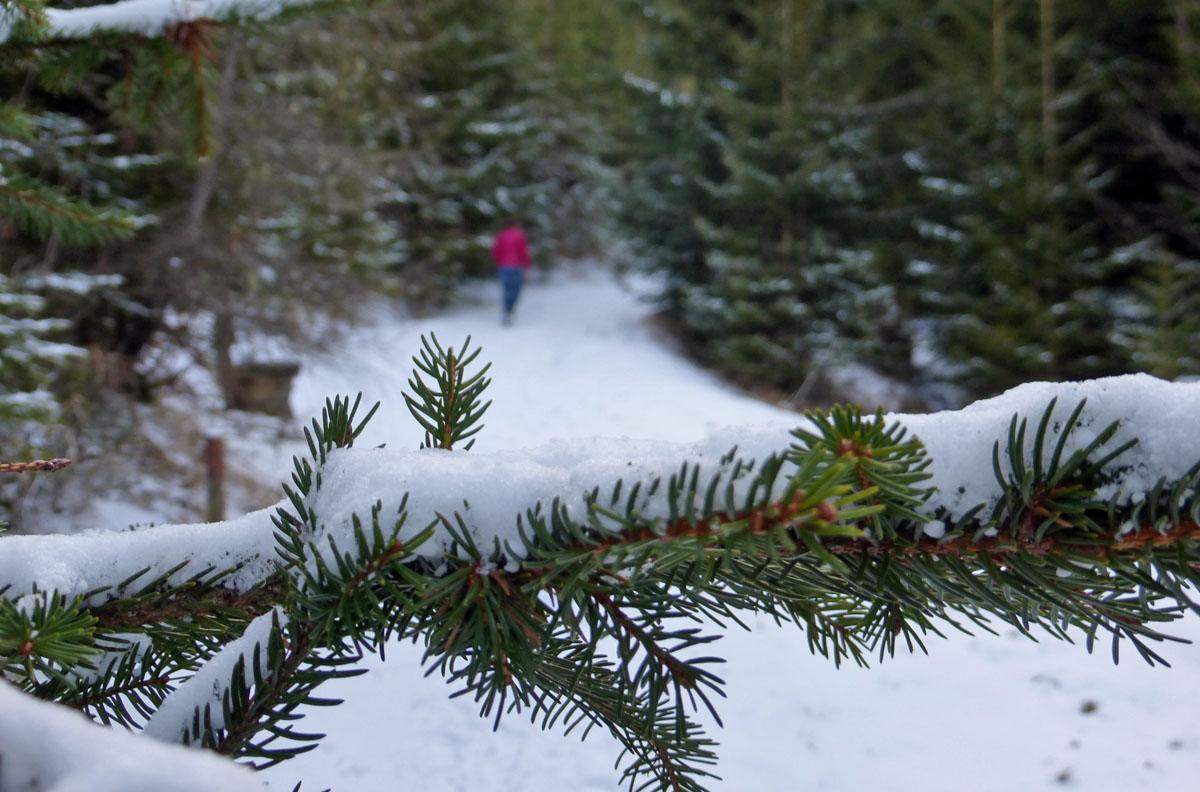 For those of you who didn’t know yet, we have a serious passion for Austria. Over the past decade or so, no year has gone by that we haven’t been here. Here, yes, because while writing this, we are in Austria again. So we’re pretty much live blogging right now! Something that never really happens because we are always too busy. However, now that it’s dark around 5.00 pm already and we have our own apartment, it makes lots of time for blogging….

The typical mountain feeling already starts when entering Bavaria in southern Germany. If it’s a clear day, you may already get to see the Alps from there. Ever since I was a little kid, I remember that specific moment: seeing the mountains in the distance, slowly coming closer by, ready to take you on your next adventure. Instead of driving down to Austria in one go, this year we decided to make a stop in München (Munich) along the way which was a lot of fun. When heading out to the Olympic Park and climbing the Olympic Hill (more on that later!) we could already see The Alps in the distance.

But what happens when you have in mind is not coming true? If you planned to go skiing but there is not enough snow? Do you sit down and cry or do you try to make the best of it? It was a strange feeling, driving into Austria yesterday and not seeing any snow, except on the mountain tops. We knew there wasn’t going to be snow, we have been carefully checking the weather over the past weeks, but still, it’s a really strange idea. 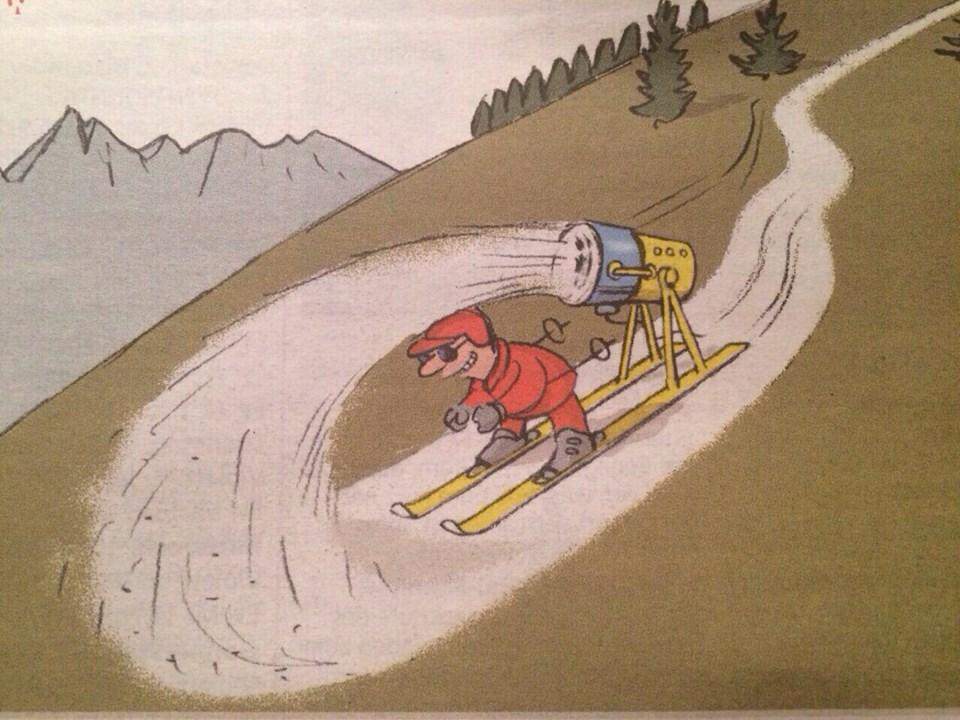 So instead of getting out on to the slopes, we decided to put on our hiking boots and make the most of it. We bought a hiking map and just started walking. First on the mountain roads, then on the slopes (crossing artificial snow and packed ice, slippery!) and finally into the forrest, where we got our feet in the real snow for the first time this season. A strange sensation, having to walk up for quite a bit to reach the snow on the shortest day of the year… 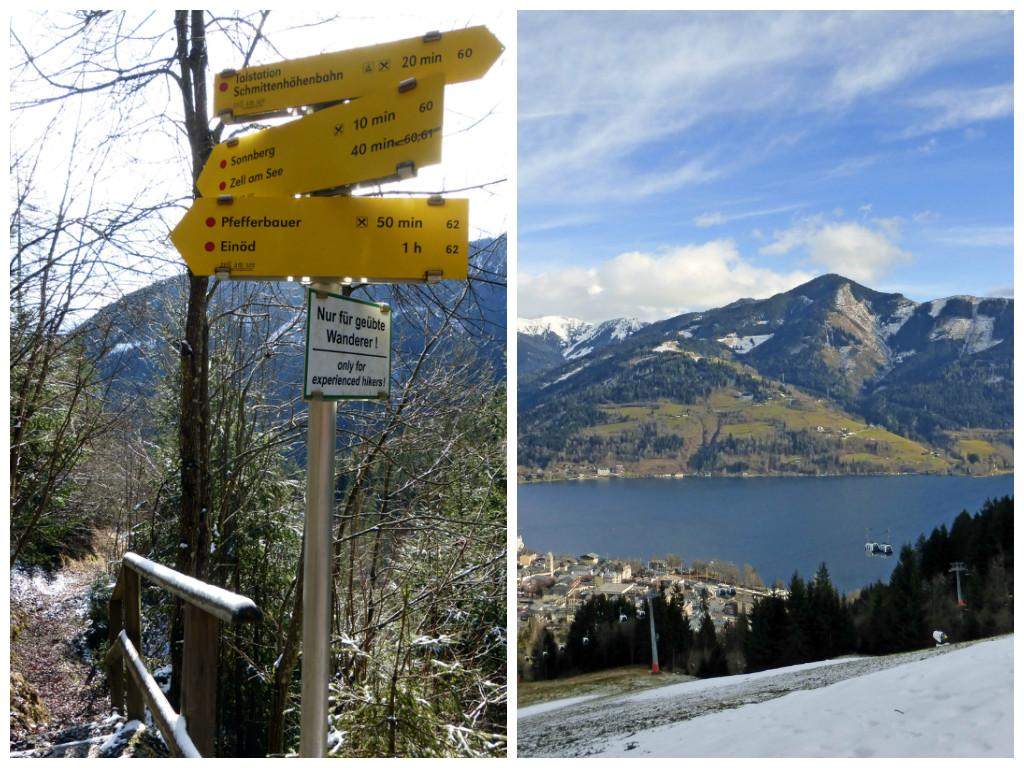 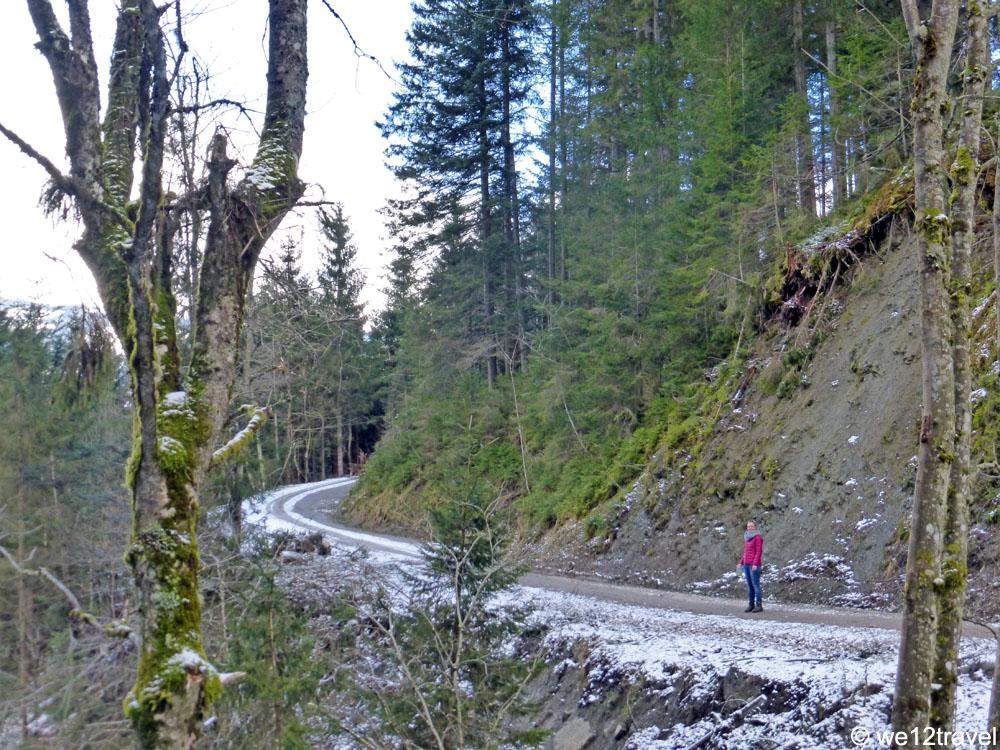 After a 1.5 hour hike we made it up to Plettsauberg where we had a stunning panoramic view over the lake and the surrounding mountains. In the far distance, we could even see Grossglockner, the highest mountain in Austria. The Kitzsteinhorn (where we plan on going skiing later this week) was right in front of us and this was just one of those moments that you know you really love the mountains. That it doesn’t matter if there’s snow on them or if they are green. That they are so powerful and just plain gorgeous that I already know I’ll be leaving for home with a pain in my heart later on this week. 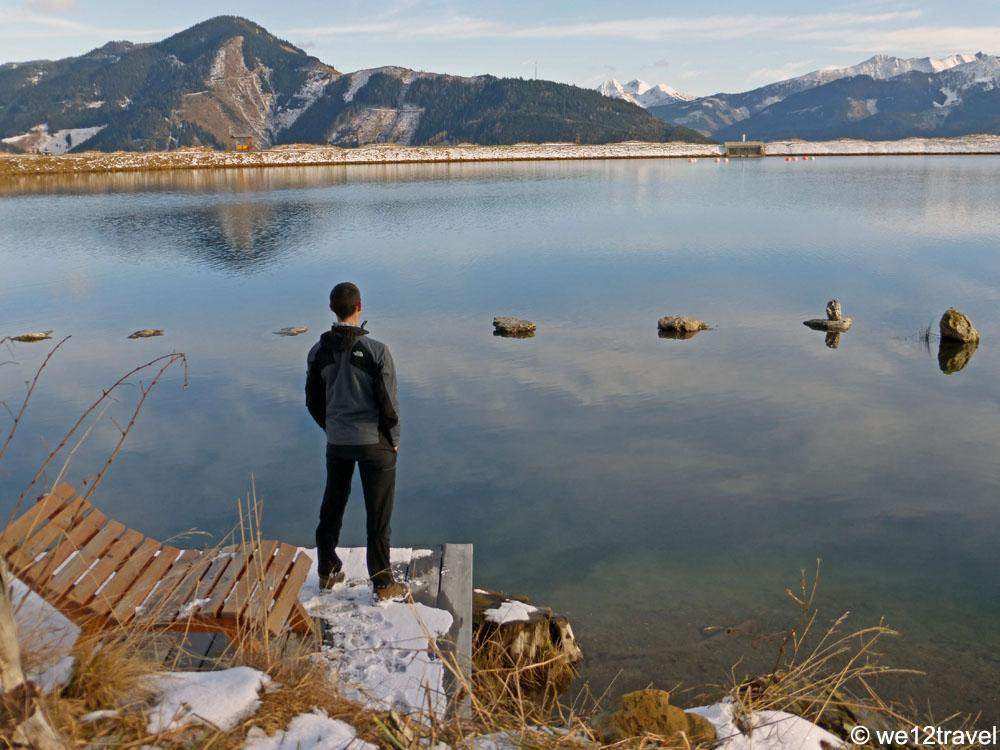 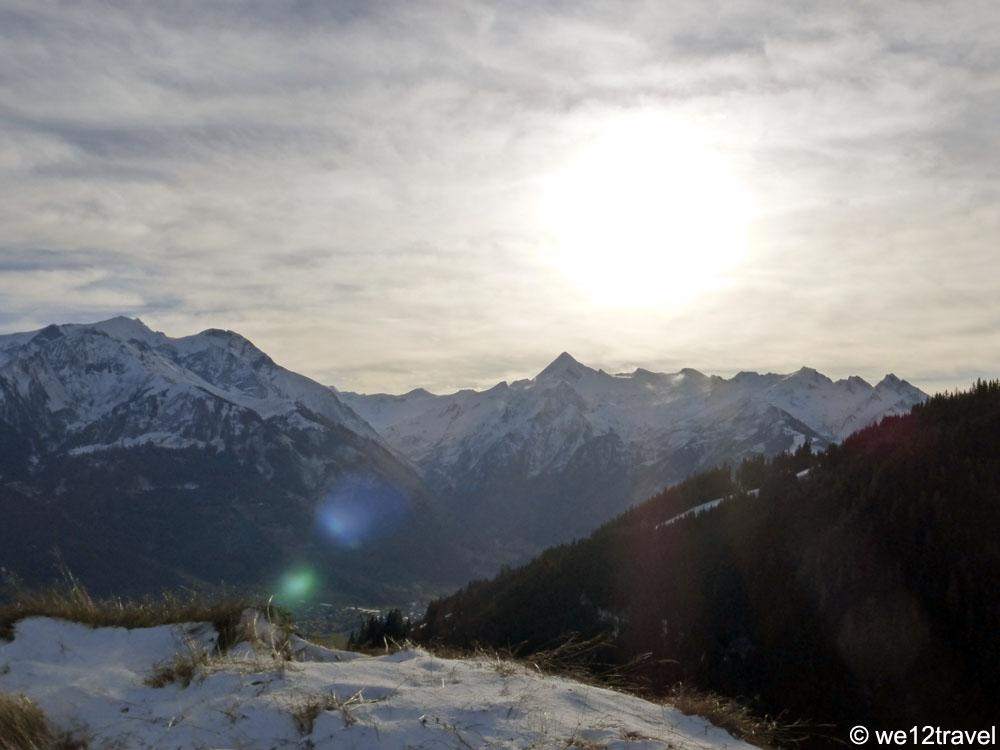 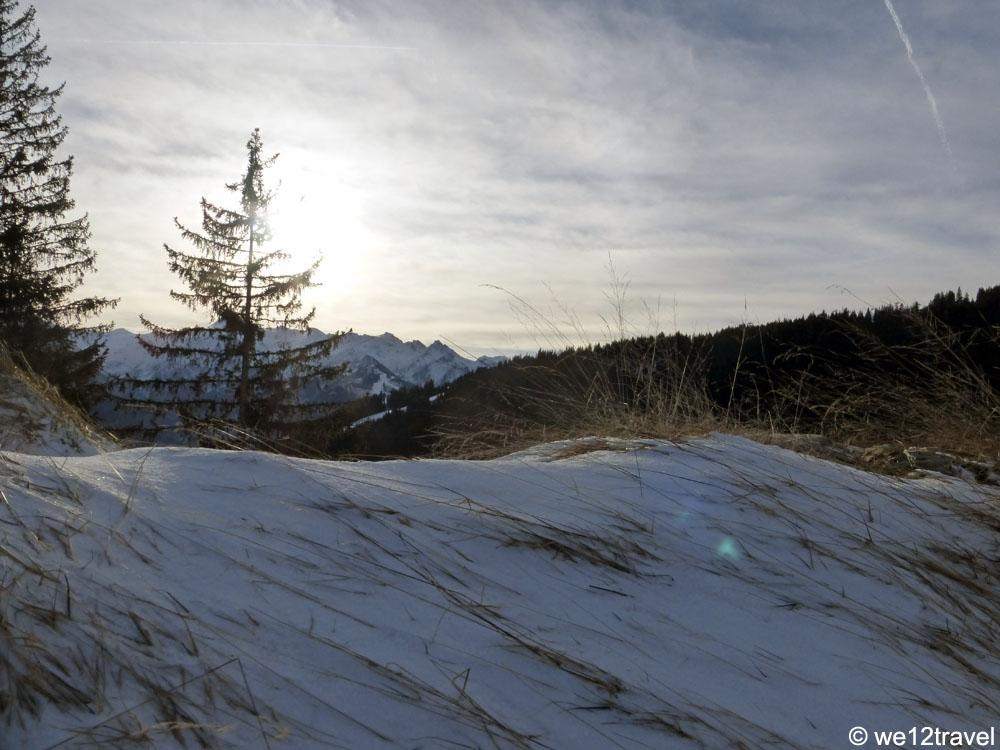 After a short loop around the lake, it was time to descent again. Back into the valley, leaving the snow and silence of the mountains behind. Back to the daily life of the city called Zell am See and back to the chain of après ski bars and restaurants. Warming up while enjoying an Apfelstrudel drowned in vanilla sauce and walking all the way back up to our appartment, which is a sturdy 30 minute uphill hike from the city center. 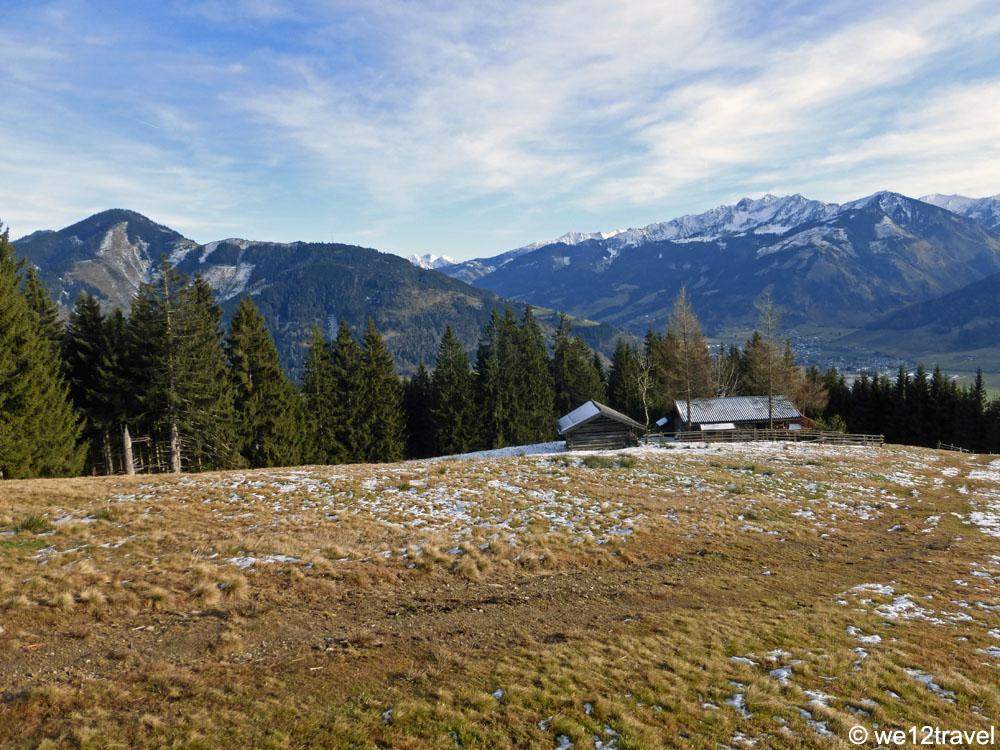 Don’t worry, we’ll still be skiing later on this week. Just not every day because not enough slopes are open. However, if the weather keeps on being this gorgeous, we have no reason to complain. As I said before, the mountains are beautiful anyway!

We made a short movie impression, to give you an idea of where we walked and what we saw:

Want to read more about Austria? Check these:

– The Urban Outdoors of Vienna
– Zugspitz Arena Hike: to the Coburger Hütte

Volcanoes and lakes of Vicente Perez Rosales National Park
Confessions: I’ve got the Blogger Blues
Cape Horn: the end of the world

Highlights of the Soča Valley in Slovenia 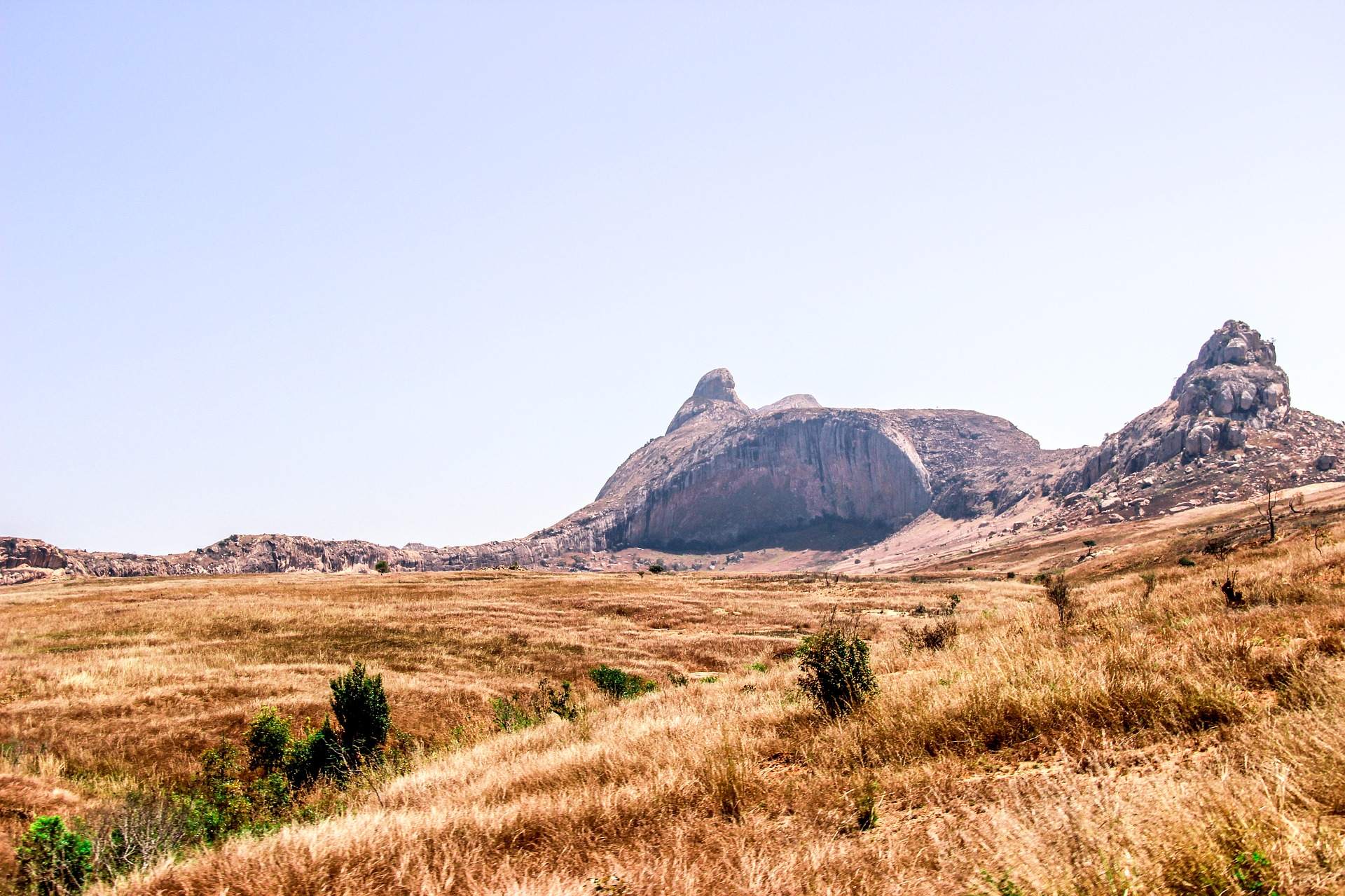