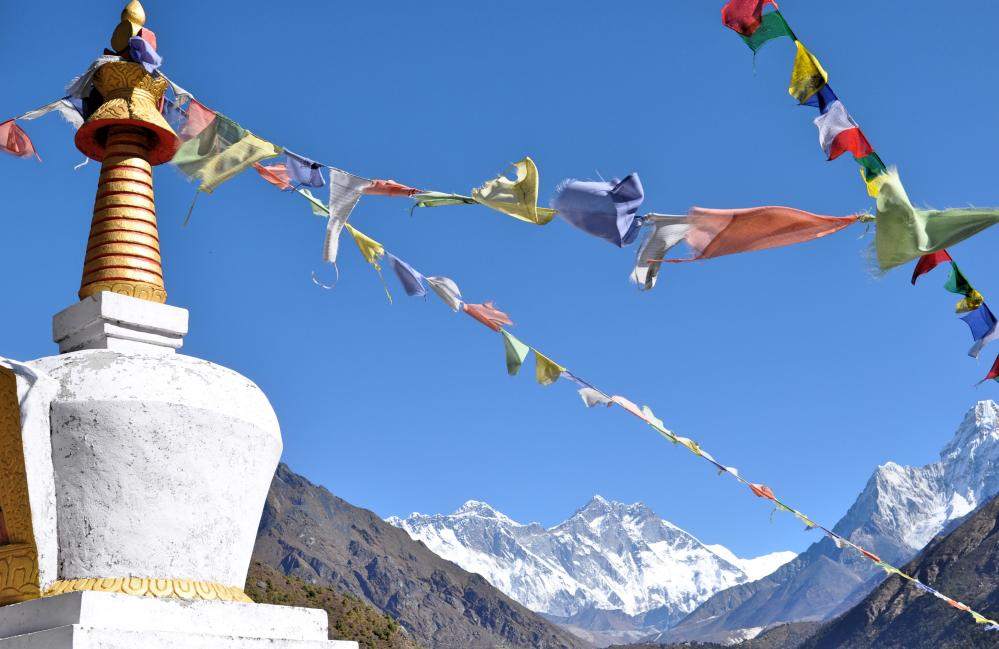 “Is there wifi on Everest Base Camp trek?” was the question I asked myself before heading over to Nepal. When googling this, the most recent post I found, was a blog from The Planet D that was published more than five years ago. As I imagine a lot would have changed over the past years, I contacted the agency we booked with, Rural Heritage, part of the bigger company called Himalayan Encounters. They told me there would be wifi in four places on the track which made me happy. I decided to go without internet as often as I could but I was happy I would still be able to buy wifi every now and then, just to say ‘hello’ to my family or to put some pictures on Instagram. Earlier on, I had already decided not to upload any posts during our trip as we wanted to keep from writing for a while. A digital detox seemed exactly what we needed…

Upon arrival in Lukla, we were taken to the Paradise Lodge, where we could buy unlimited wifi for 500 rupees (about 5 euros), but I decided not to. We had only been away a couple of hours and could easily do without wifi for a few days. Our next stop was the small village of Phakding, where we found that wifi was available all over town. Once again I decided not to buy wifi. It had been a pretty cloudy hiking day and my pictures were nothing special, so I’d save my money for the next opportunity, which would be in Namche Bazar, where we’d arrive the next day and stayed for two nights. 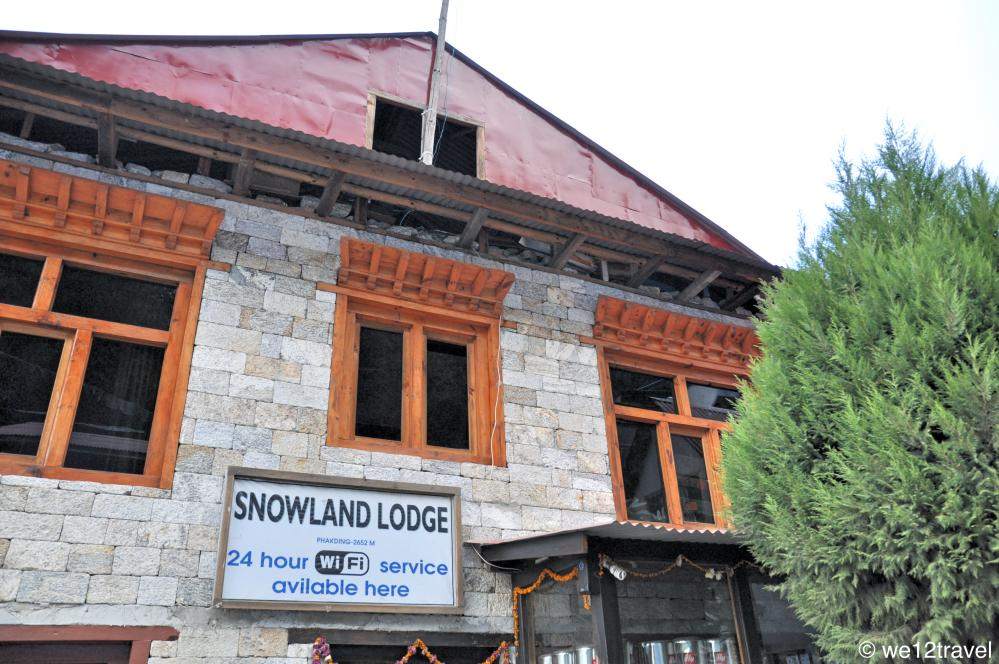 The trek to Namche was gorgeous and I couldn’t wait to share my pictures online with family and friends. So upon arrival at Hotel Everest, I bought unlimited wifi for 500 rupees. I figured it would be worth it while we were staying for two nights. As we arrived as some of the first ones, wifi was quick when we got there, but once people started to come in, the connection got worse and eventually died, only to reconnect again during the middle of the night, when all messages from home started to come in.

The next day we made an acclimatization hike up to the fancy Everest View Hotel, where we had the first really good views of Mount Everest. Luckily, the weather was insanely good and we couldn’t stop taking pictures. I was surprised to find out there was free wifi available here, so everyone was frantically uploading pictures at the same time, but it was super fast. In the afternoon, we went to a bakery in town (I believe it was Namche Bakery) and they had free internet too, so buying wifi at the hotel seemed a bit of a waste. However, it would be the last possibility of wifi before Gokyo, at least which is what we thought, so we used it until the very last minute.

The next stop was in Mong-La where there was no wifi (the town has just about three houses) and then we arrived in Dole, where they did have the opportunity to buy wifi. We passed once again, as Gokyo was only a couple of days walking away. Then we arrived in Machhermo and that was also my third day I was sick. I decided to buy a card from Everest Link for 800 rupees, which would give me 500MB internet. Everest Link works like a creditcard that can be used in various places until you reach the limit, however we were also told that the network is very unreliable and that sometimes it only works in one place. We could however use it with both our phones, when I signed out, Martijn was able to sign in, so that was really great. The next day we finally arrived in Gokyo and it looked like I still had some MBs left, however after I uploaded one picture to Instagram, the network didn’t accept my card anymore, either because I reached my limit or just for any other reason. I could’ve bought wifi here but didn’t since I had already checked emails and was able to upload one picture.

Next up was Thangnak, a small town on the other side of the Nzgompa Glacier, which separates the village from Gokyo. They once again had wifi there, but I didn’t feel like spending another small fortune. I also wanted to stick to my resolution not to have wifi more than four times and I wanted to prove to myself that I could go without wifi. Our next challenge was hiking across Cho-La Pass and on the other side, in the town of Dzongla, there also was paid wifi. We didn’t buy it, but one of the guys working at the lodge, offered us to play some music through the internet connection. So we ended up listening to Foo Fighters at an altitude of 4.830 meters.

Next up was Lobuche (wifi for sale) and Gorak Shep, the last village before Everest Base Camp. I noticed a sign that wifi was for sale but imagined it would be slow as we were as what felt like the end of the world. After reaching Everest Base Camp, I felt euphoric and was willing to pay a lot of money for wifi. So once back at the lodge we stayed at, I enquired for their wifi rate and the lady in charge told me that I had to pay 500 rupees for one hour of internet. But … it would be possible it wouldn’t work. I agreed that I’d only pay if it would work and I connected … and it worked! Pretty fast as well, I have to say, but that was probably because we were the only ones there. I did all I have to do, uploaded my victory picture and notified everyone I wanted to know, that I made it up to EBC. The hour was over before I knew it and not one single second I regretted spending money on that.

On the way back we stayed in Orsho, which was one of the few places there was no wifi (the village was just this guesthouse and some farms) and again in the same place in Namche Bazar. They made me pay for the wifi again, but I declined because unlimited is unlimited and not for 2 days… which they eventually agreed to. We did spend a lot of money on our first hot shower in nearly two weeks and food though.

So to answer your question: YES! There is wifi on Everest Base Camp Trek. Plenty of it in fact, even more than the people in Kathmandu knew. I figured that it would be useful to make a list of where to find wifi on Everest Base Camp trek however please note that the list was made after our stay in November 2015 and as well as in the rest of the world, things are rapidly changing over here!

So as you can see, there is plenty of wifi on Everest Base Camp trek. You will just have to pay for it. However, we also had cell phone coverage many times. Simcards are available for sale in Kathmandu but we had no idea if they would work so we didn’t feel comfortable spending money on them. Looking back, we could’ve done it, we spent about the same on wifi as a simcard would’ve cost us. Times are changing and the world is changing. Some say travel isn’t the same as before now that there’s wifi available in so many places. As for me, I don’t really care, I just choose to use it wisely while on the way…

Want to read more about our Nepalese adventures? Check these:
– Annapurna Base Camp trek: all you need to know!
– How to survive the world’s most dangerous airport
– Everest Base Camp Trek: the movie!
– Travel without social media in Nepal