Ever since we saw Torres del Paine in Chile on tv about 12 years ago, we knew one thing for sure: this is a place we had to go to one day. This world famous park encompasses spectacular mountains, multi-colored lakes, glaciers, lots of wildlife and a magic touch that you will never understand unless you have been there.

By December 2009 we had saved up enough after buying our house and it was our time to head south to Patagonia! We spent about a week in the park, hiking the W-trek and enjoying the outstanding beauty of this place. In 2012 I got the chance to go back again and stayed for three more days … we consider ourselves incredibly lucky that we were able to go here and are sure we’ll return again one day. For now, we’ll share our travel tips for Torres del Paine with you. Including our hikes, how to get to Torres del Paine and where to stay. Enjoy reading!

Where is Torres del Paine?

Torres del Paine is located all the way down south in Chilean Patagonia and it’s quite a journey to get there. But as a real traveler, I can’t really be bothered. From Santiago in Chile, you can fly to Punta Arenas. From Buenos Aires in Argentina, you can fly to El Calafate (where you’ll also want to see pretty Perito Moreno!). From both places it’s an approximate 6 hour drive or bus ride, however the one from Argentina is quite a bit more expensive and the border crossing may take a bit of your time, especially when it’s busy.

And how about the name?

The park is named after the famous rock formation Las Torres del Paine (The Towers of Paine). Those three towers rise dramatically from the Paine massif and are the centerpiece of the park. If you want to get up close and personal with them, you will have to work for it. From Hosteria Las Torres it’s about a four hour walk up to the base of the towers, the last hour being quite a scramble over a steep rocky trail. The trek up is well worth it however! If you are not planning on trekking, the best location to see the towers is from Laguna Azul in the eastern side of the park.

Another impressive rock formation in the Paine massif is Los Cuernos (The Horns). It´s located towards the western part of the park, at the base of the turquoise colored Lago Pehoe. Unfortunately, they are not possible to access such as Las Torres, however if you are on the popular W-trek you will get quite close when walking from El Chileno to Refugio los Cuernos, the mountain hut that is located pretty much at the base of the Horns. If you are driving from east to west, Los Cuernos will appear in your rearview mirror at some point so never forget to look back every now and then!

What to do in Torres del Paine

One of our favorite things to do in Torres del Paine is visiting Lago Grey and the same name glacier. Glaciar Grey is one of the few calving glaciers within the park boundaries that is relatively easily accessible. Just like many of the other glaciers in Patagonia it streams down from the massive South Patagonian ice field, one of the largest ice fields in the world. You can get to the glacier by boat or by foot. If you decide to go for the boat option, keep in mind that the navigation is subject to weather and is canceled quite often because of the winds. If you decide to go by foot, prepare for a sturdy 2 day trek. If you are lucky, chunks of ice have broken off the glacier and those icebergs can be seen from the shores of Lago Grey. A truly picturesque scenery and one of the most impressive I´ve ever seen!


About the Patagonian wind

Another thing we should tell you about are the Patagonian winds. They are unbearable, but they come with the visit. There’s almost no days without wind, I’ve been to Patagonia four times (sorry, not trying to brag here!) and it’s always windy. Make sure you are properly dressed in layers and bring a hat and mittens. Yes, even in summertime! Just try to see the fun side of it, at least your hair will look perfect … or not (my case).

Wildlife is abundant too. You will definitely run into guanacos and hopefully some Andes foxes too. Don’t forget to look up above your head every now and then, big chance you will see condors gliding through the sky. If you are lucky you may get to see a puma. We never did, so that’s a good reason to head back some day, as well as wanting to do the whole Circuit trek instead of just the W-trek.

– Unlike most of the other national parks in Patagonia, the entrance fee is quite high, about 40 euros per person. Tickets can be purchased upon arrival but only in Chilean Pesos, at least to my knowlegde. Credit cards and Argentinian Pesos are not accepted so if you come from El Calafate, it’s wise to visit a bank and get some Pesos there. Also, there are no ATM’s but most accommodations do accept creditcards.

– There is no public bus transportation within the park. If you don’t have a car you will have to use the (rather expensive) private transportation offered by the hotels. You can also walk the W trek but you will still need at least one mode of transportation to get you back to the start of the hike. Prepare to spend (a lot of) money on transportation!

– Food is pricy, accommodation is even more expensive. Make sure to book ahead as there’s just a few places to stay. We’ve stayed at the Refugios when doing the W-trek, where you get a bunk and 3 good and filling meals a day (breakfast and dinner, lunch will come as package to carry on your hike). I’ve also stayed in Hosteria Las Torres which was wonderful and much more comfortable than the Refugio’s. However, be prepared to pay up for it…

– There are no supermarkets in the park, just a small store close to Las Torres. It’s suggested to take food with you from Punta Arenas, Puerto Natales or El Calafate because (sorry for repeating myself) the food is pretty expensive. Back in 2012 a lunch buffet at Hosteria las Torres was about USD 45. Just imagine the number of steaks you can get for that in a good restaurant in Buenos Aires.

– There’s no cell phone coverage in Torres del Paine. Some hotels have Wifi but it’s pretty slow. Just be prepared to be away from it all a couple of days and don’t stress out if you are unable to reach home to tell those who stayed behind what a fantastic place Torres del Paine is. Just enjoy it instead…

– You can camp in the park but in all honesty, it didn’t really look very appealing. The campgrounds I encountered were jammed with tents and backpackers, it felt like I was walking at a music festival rather than in a national park. I’ve often heard people say that their dream is to go camping in Patagonia because it sounds so idyllic, well believe me, those campgrounds are nowhere near idyllic. My guess is that they are rather cold instead.

– How much time you should spend in Torres del Paine? I’ll leave that up to you! If you don’t like hiking and are on a tight budget, I’d say two whole days. If you have more time and enjoy hiking, at least a week. One day is definitely too short and in case the weather is bad, which does happen occasionally, you always can have another go the next day. 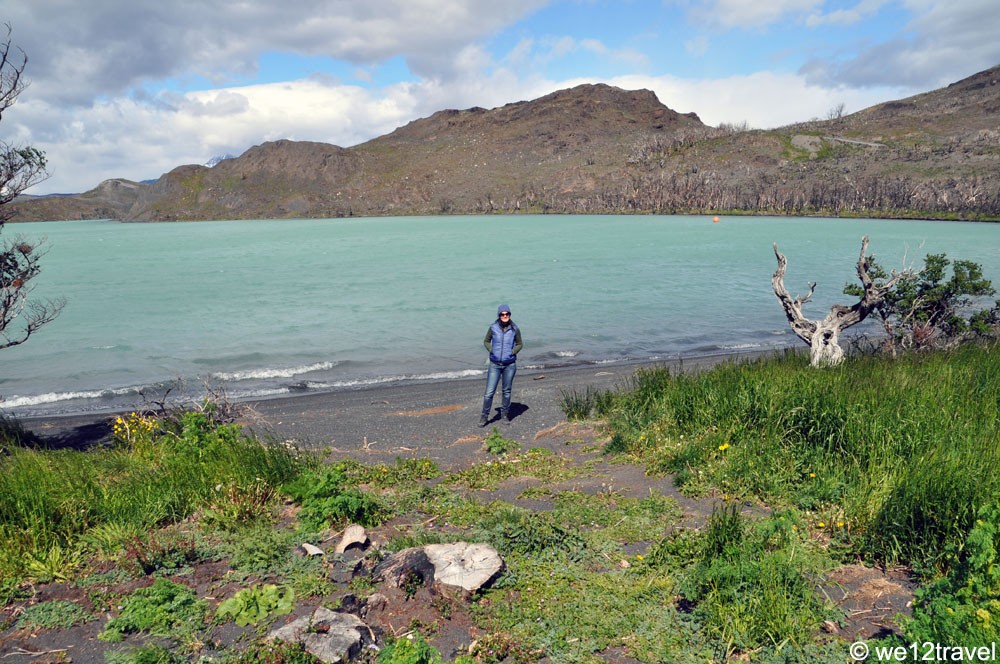 Although I may not have convinced you to go to Torres del Paine, as I mentioned that it’s windy and expensive, it doesn’t mean you shouldn’t go. Out of all the places in the world I’ve been to, Torres del Paine is definitely in my top 10 of favorite places to go to. It’s a place I wouldn’t mind returning to year after year, just a shame that it’s basically all the way on the other side of the world…

Interested in hiking the famous W-trek in Torres del Paine National Park? Then read our full blogpost about this trek here.

[This article was first published in January 2014 and updated in November 2017.]