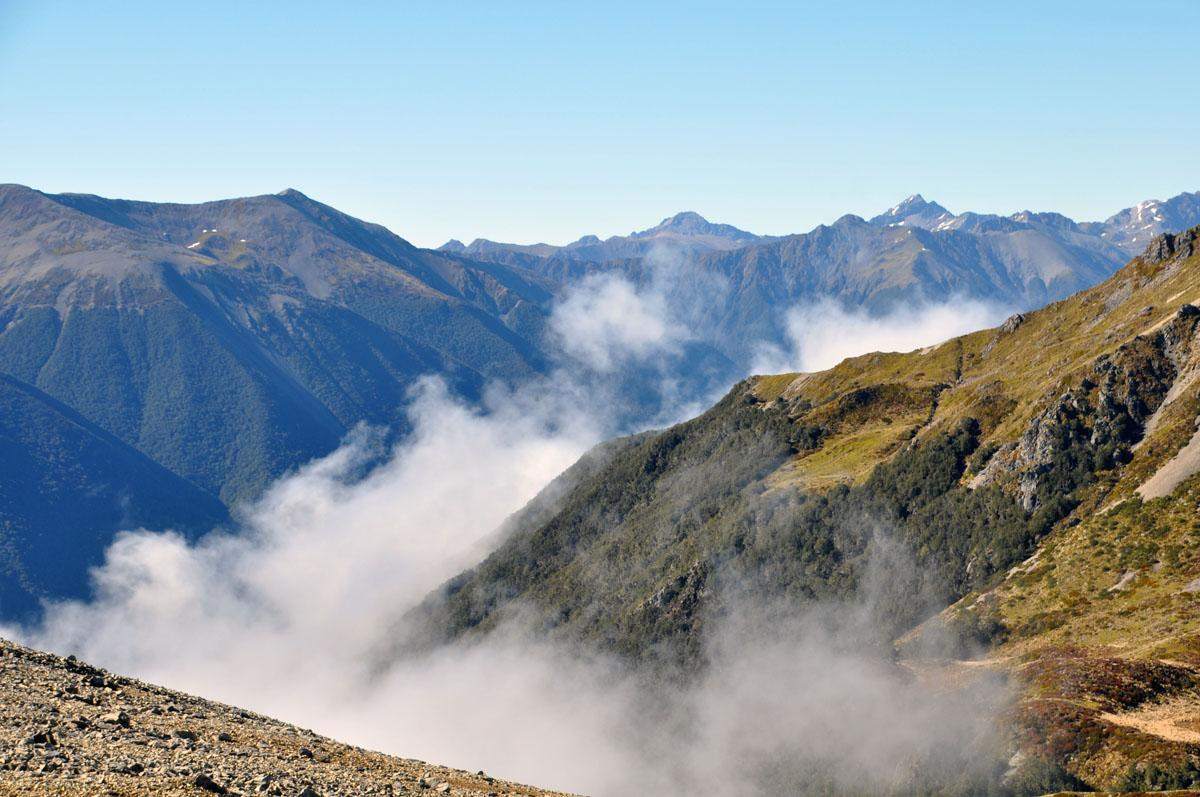 All of us travelers are looking for special places, those that the big masses of tourists skip because they are in a hurry to see as much as they can. Or that they don’t bother going to because it may not be on the list of top-things to see … While we were in New Zealand we obviously did some Great Walks, or in fact, we did plenty of them. They’re called Great Walks for a reason. They are awesome, beautiful, yet very crowded, most of the time. Luckily, we also found some awesome, relatively less visited places. One of them is Nelson Lakes National Park.

For this article I have to say thanks to a Kiwi named Paul. He is an avid tramper who currently lives in The Netherlands and has hiked many trails in his native country. He advised us about the best trails to hike (or “tramp” as they would say in NZ) and we were glad we decided to follow his advice for some off the beaten track tramping and camping. As we had already visited Nelson Lakes National Park on our first trip to New Zealand, way back in 2002, we wouldn’t have considered giving it another visit if we hadn’t heared about the hike up to the Bushline Hut.

Although you would expect the town of Nelson to be close to the park, it’s still quite a drive (about 75 minutes) and the town closest is actually the village of St. Arnaud. There’s not a whole lot to do here and at first sight it didn’t seem very welcoming. However, there is more than the eye can see because right in its backyard lies the beauty of Lake Rotoiti, one of the lakes in Nelson Lakes National Park. The other one is Lake Rotoroa which is way less accessible and therefore even receives less visitors.

There are plenty of walks in the park, from an hour to a day to a couple of days. We chose a day hike but divided it into two days, with an overnight in a mountain hut: the Bushline Hut.  If you ever want to experience a night in an unorganized mountain hut (meaning not hosted by a warden or having to share with a ton of other people) this would be an easy one to get to.

To get to the trailhead, take the Mt. Robert Road, where at the end you will find the parking lot. As it’s a circular track, you can take two routes up. We figured we’d take the Pinchgut Track up as it doesn’t go beside the lake and since the weather wasn’t that good, we hoped for better views the next day. 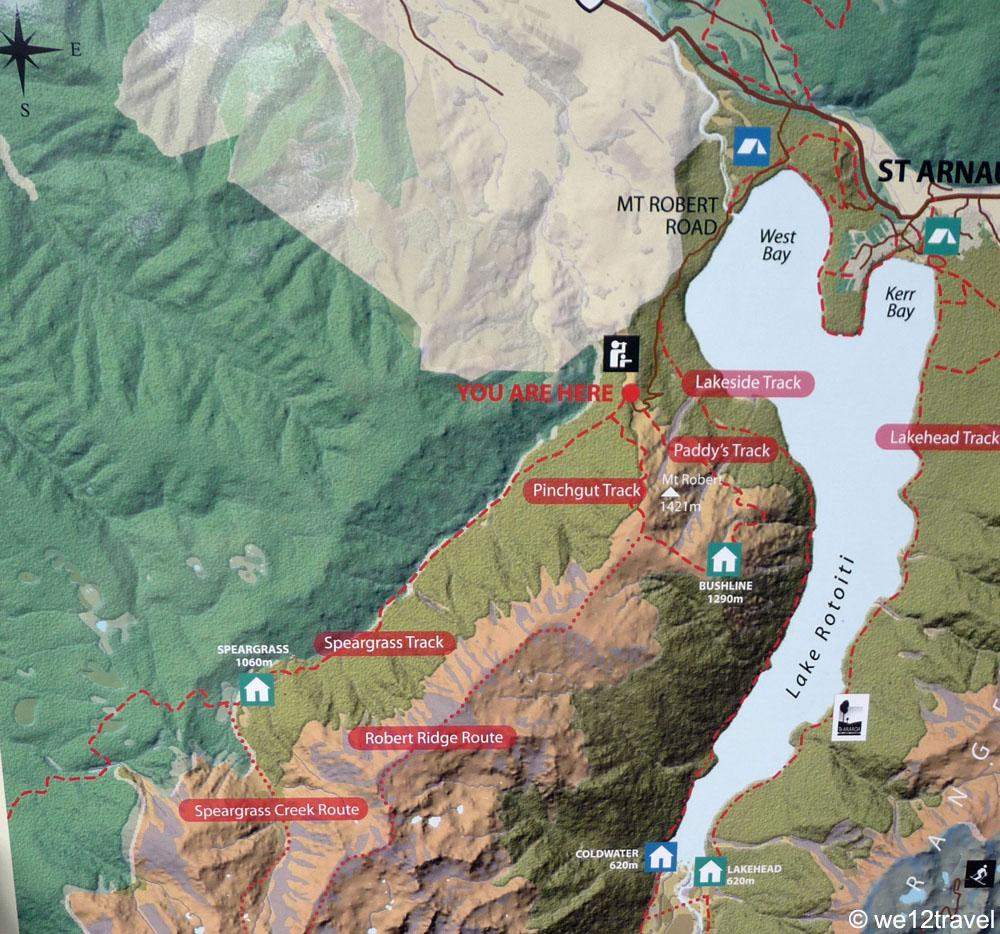 The first part of the hike up was just zigs zags up a steep slope through a beech forest. After about an hour and a half we reached the base of the clouds. We decided to ascent Mt. Roberts anyway (a short detour) but the view is next to zero so we decide to push on to the hut before the sight gets even worse and it starts to get dark. So far, there has been nobody else on the trail and we have good hope that we will be the only ones for the night in the hut. We get some views of Lake Rotoiti but soon it’s all covered in clouds. Within moments, the sight is next to zero. 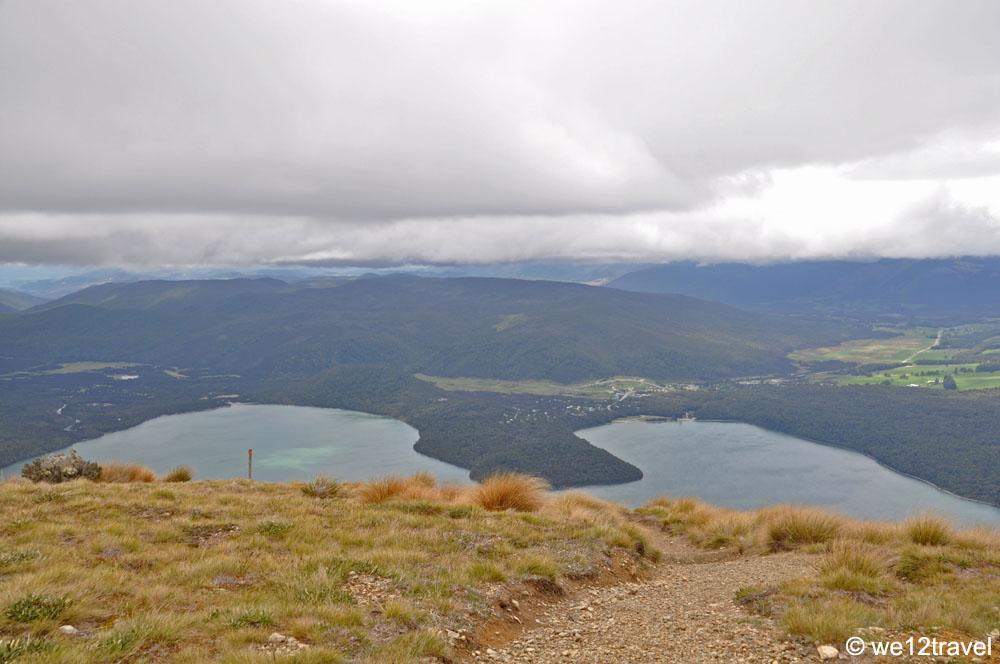 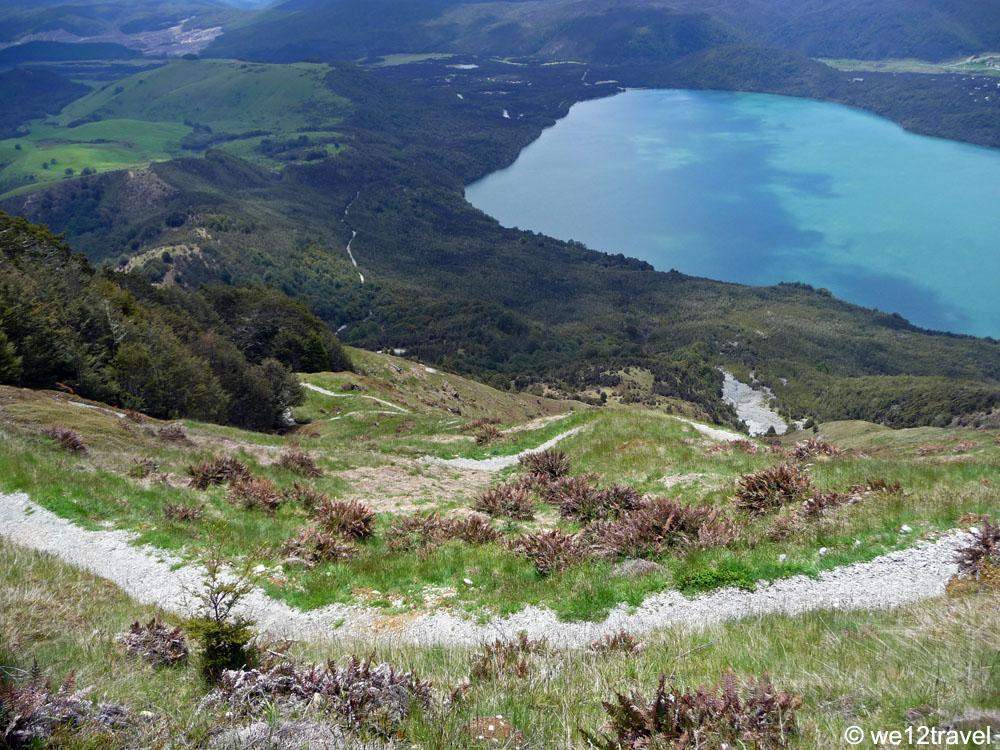 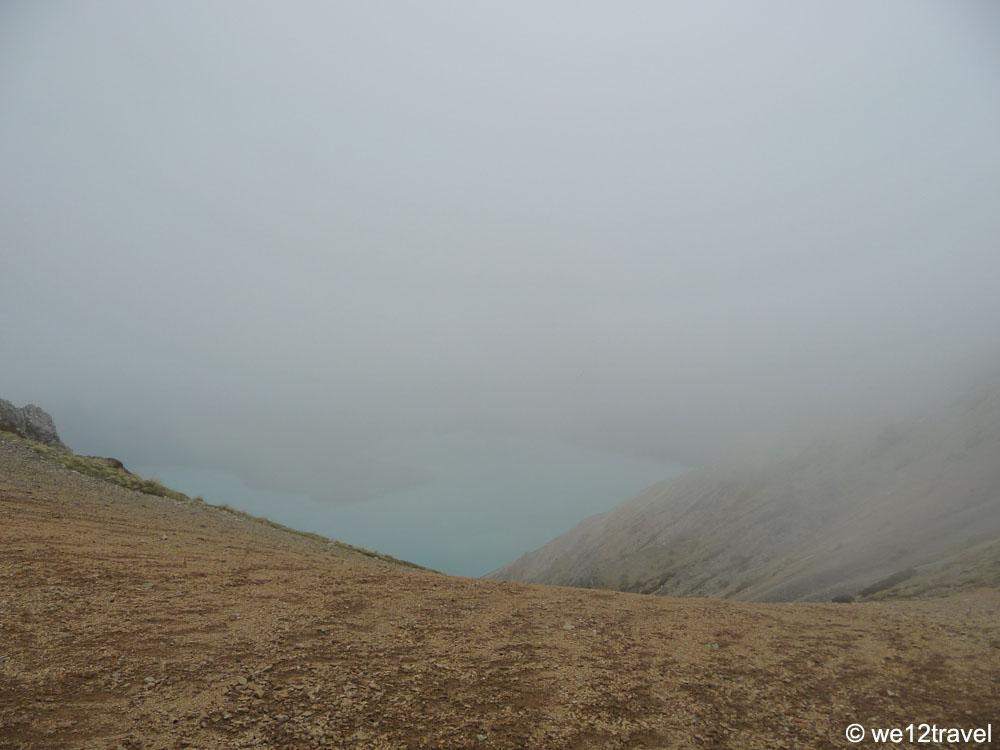 Upon arrival at the hut, there’s nobody else indeed and since it’s about 7 pm already, we don’t really expect others to arrive anymore. We cook, read and sleep. A whole mountain hut to ourselves, a night in nothing but silence: pure bliss! 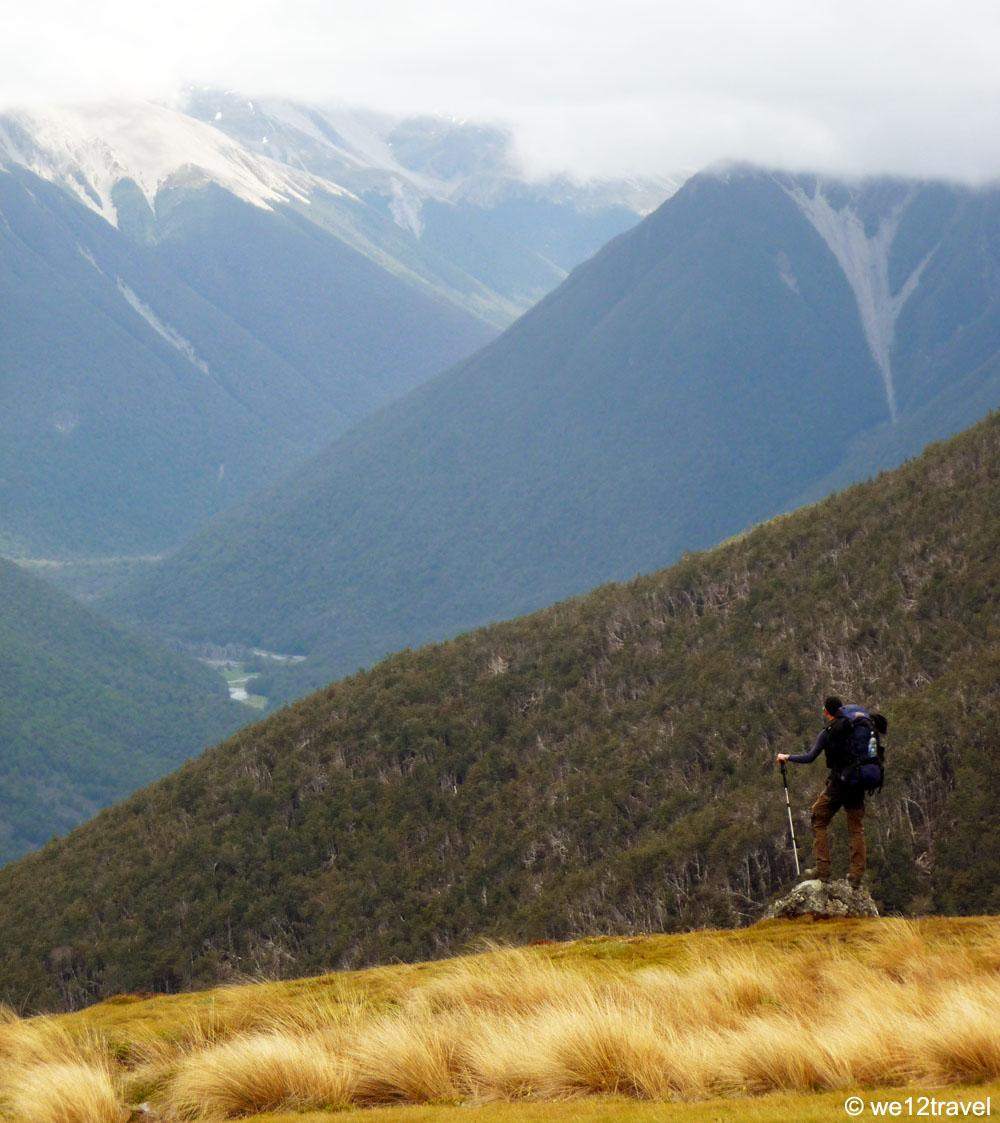 The next morning we wake up early as the sun is rising above the mountains and heating up the hut. And guess what: it’s sunny! We quickly grab some breakfast and get ready for some more hiking. We need to start making our way down in about 3 hours so we still have some time to explore the area around the hut. We decide to pick up the Robert Ridge Route which eventually leads to Angelus Hut, which is supposed to be one of the most spectacular huts in New Zealand. 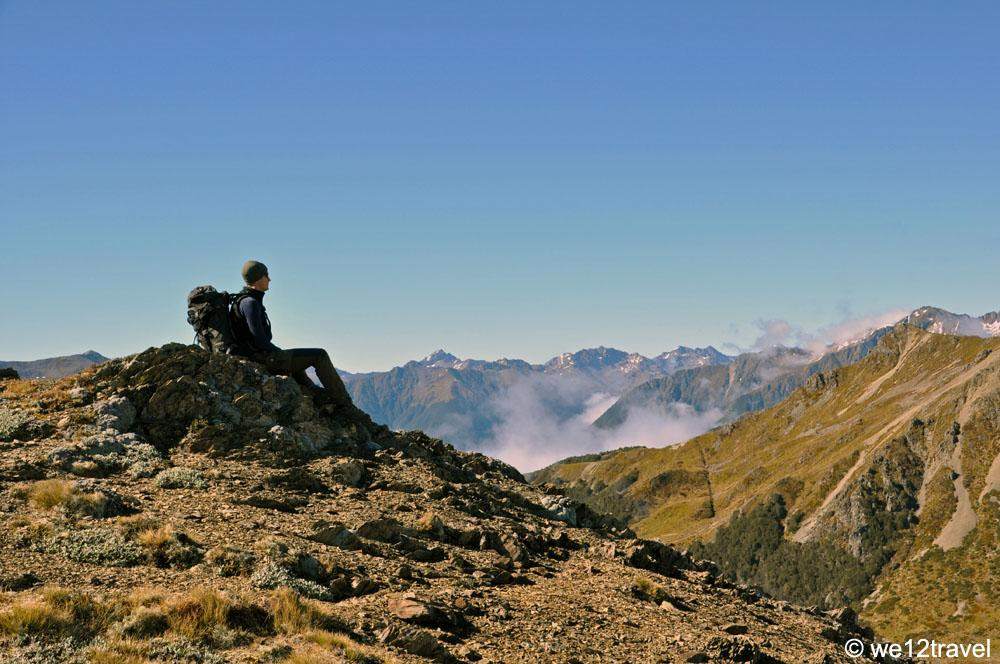 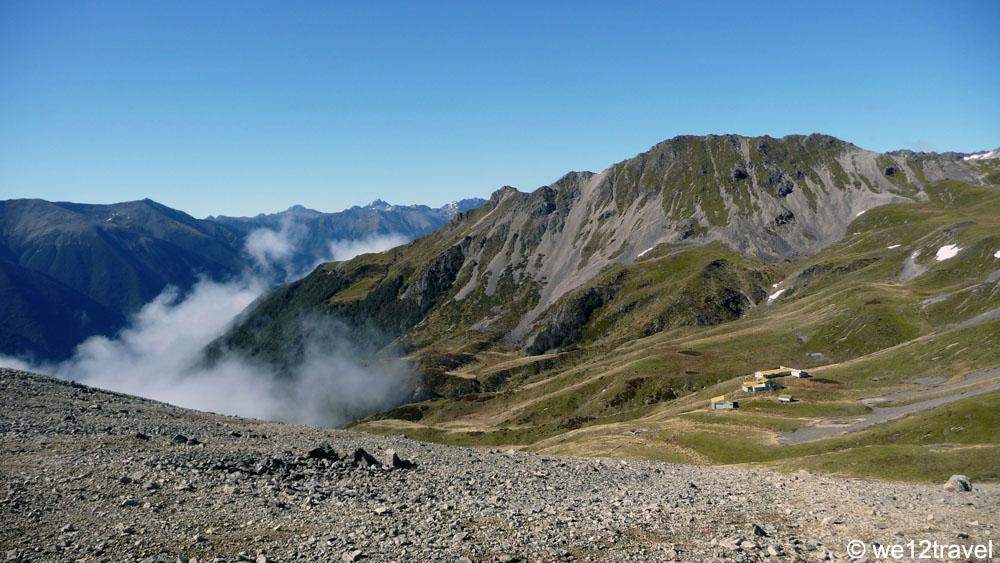 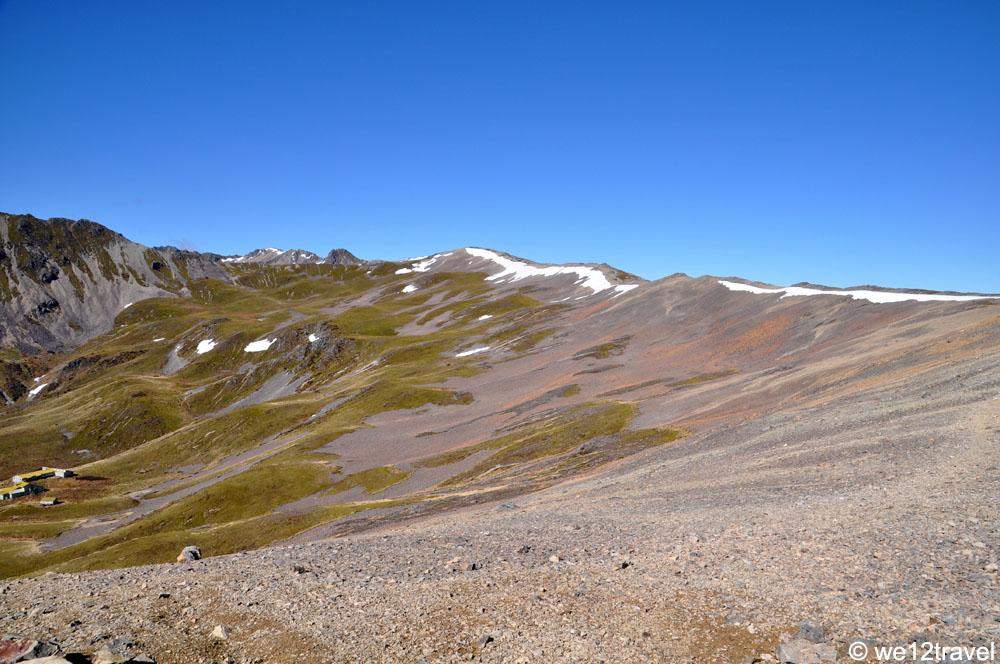 The ridge hike turns out to be quite easy and we can’t believe we made it all the way above the clouds. We see an abandoned farmhouse in the distance and wish we could continue hiking. But… we have other plans…

The way back down to the car, over Paddy’s Track is easy. Just down, down and down until we reach the shores of Lake Rotoiti again. By the time we get back to the car, it’s warm and hot, entirely different than the day before. 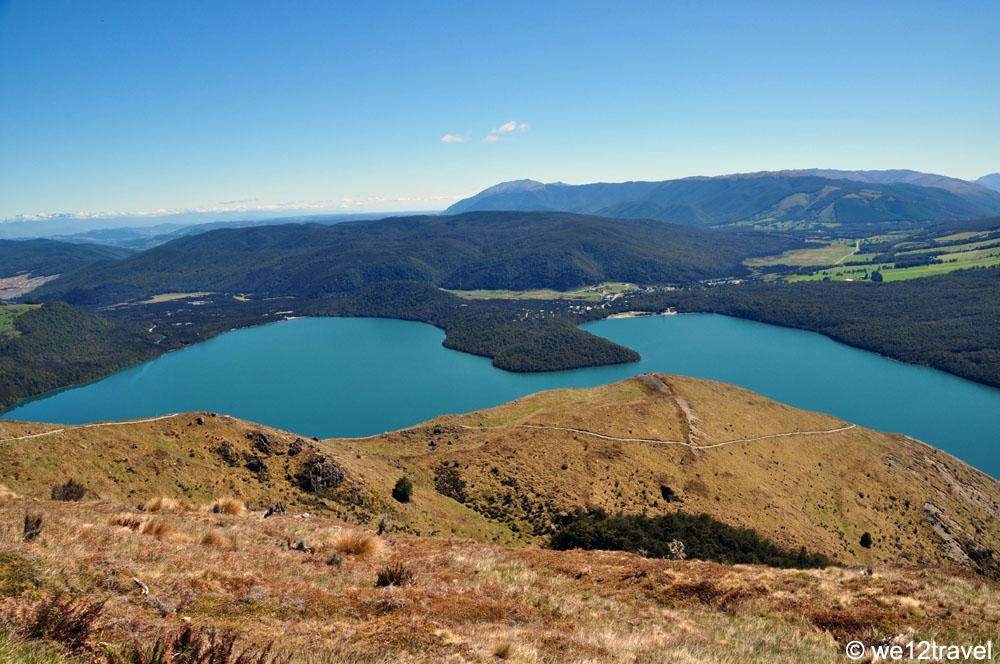 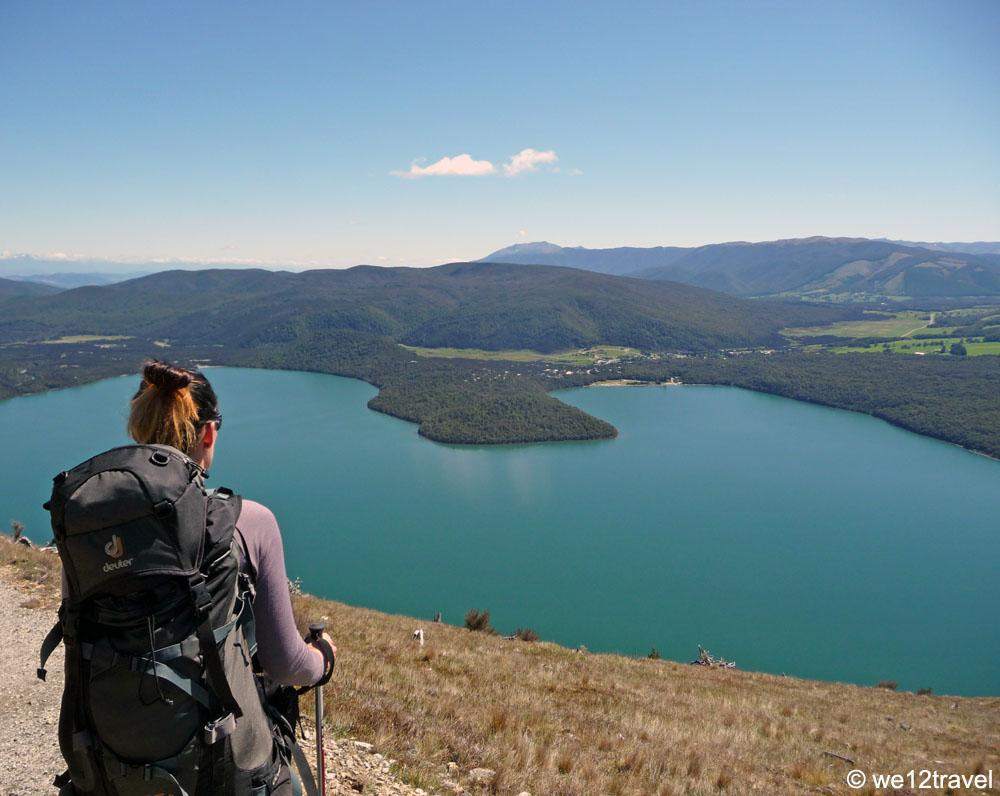 We feel incredibly lucky we got such a great morning, with the most stunning vistas possible. Next time we’re in New Zealand (yes, there’s always going to be a next time!) we’re going to make it to Angelus hut and maybe even further, because the mountains that we viewed from a distance, just asked to be explored further… one day!

Instead, that afternoon we headed out to Lake Daniells where we camped for the night. Another brilliant hike but not in peace and silence. We were killed by sandflies, but hey, that’s a whole different story…

Sleeping in mountain huts in New Zealand is pretty easy. You just need a sleeping bag and tickets to pay for your stay. Those tickets are available from any DOC office and can be used for most huts (those that don’t need to be booked in advance, such as those on the Great Walks). Payment goes into the honesty box. Easy as that. As for cooking material, we brought our own, but quite a few huts to have at least a stove.