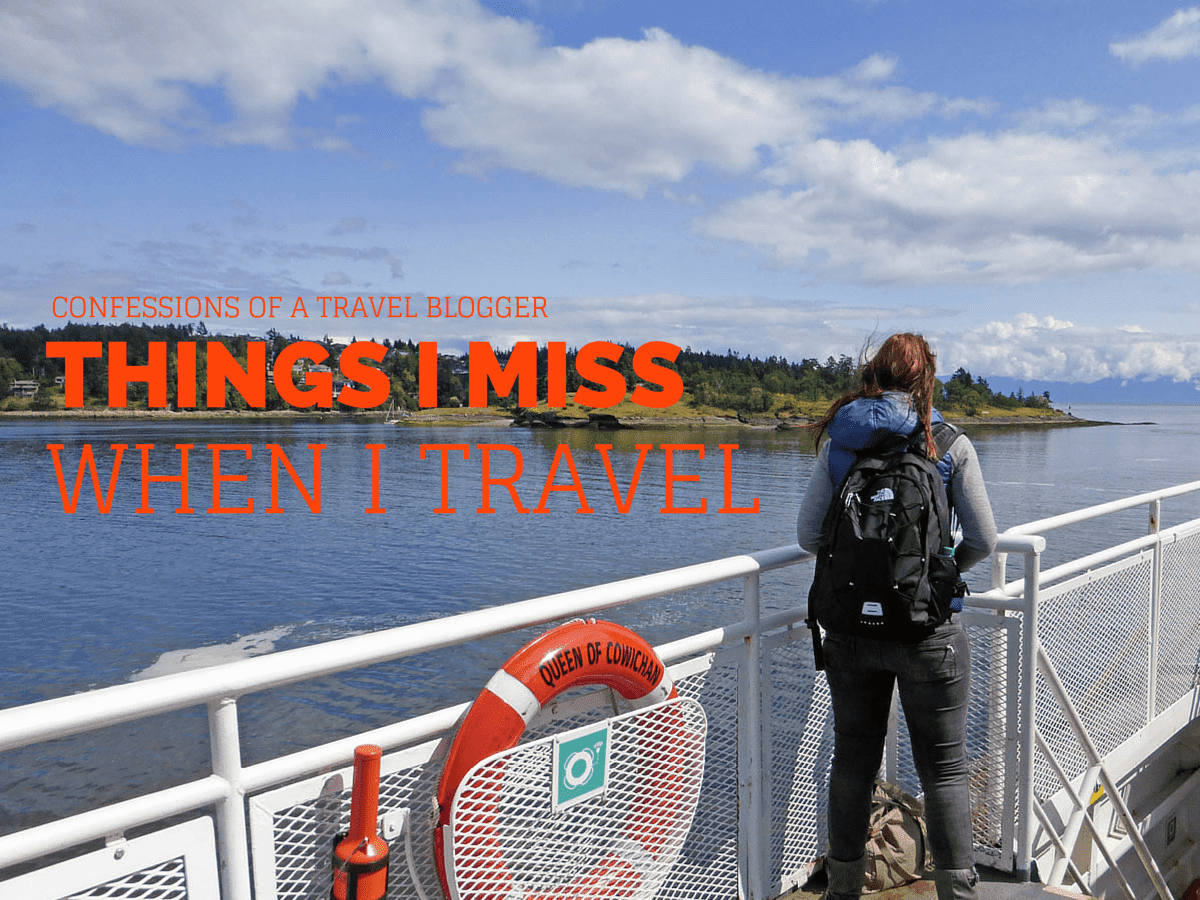 Didn’t I recently write that I am not homesick when traveling? OK, I lied. A bit at least. As I’ve been away more than ever over the past 6 months I realized that there are a couple of things that I start to miss when traveling for longer than let’s say a week. Yes, I’m talking about things here, not people. Because really, you can nowadays keep in touch through Skype/Facetime/Whatsapp etc. so it’s not necessary to miss people unless you’re traveling for a long time … and by now I’m used to not seeing my loved ones a lot. So here’s my top 5 of things I miss when away (and  these are actually the only things I could think of, so it’s not as bad as I thought at first…)

My bed
It’s such a cliché but man … I’m a horrible sleeper when not at home. A couple of years ago we spent a small fortune on a new bed and when I saw the bill I was like “ffffuck … I could’ve done a cool trip for that” but once I laid my head on the pillow, I forgot and was happy. So the first thing I think when I’m landing at Schiphol is “yay, in a few hours I will be in my own bed again”. Nowadays, when we travel by car, I usually even take my own pillow. I know … not something to be very proud of but then again, who cares?

My bike
The Dutch love their bikes and so do we. Basically, I do everything within a 5-10 km radius on my bike. Or almost everything, also depending on the weather of course. In our garage there are no less than 8 bikes and we are planning on even buying 2 new ones soon. Having a bicycle and living in a country where the infrastructure for bikes is better than for cars is pure bliss. In the morning, when biking to work, I wake up. And in the evening, when cycling home, those 25 minutes give me the chance to leave everything behind and empty my head after another busy day.

I hop on my bike when meeting friends in town, when going to the gym and even when I have to do some groceries. Basically, no day goes by without pedaling. When traveling, I sometimes miss the possibility of hopping on a bike to go somewhere. When I was in Athens recently, I had to use the metro getting around and I hated it. Being locked in an underground train with a ton of other people is just not my thing. Also, same happened to me recently when traveling home from Amsterdam, I was on a train crammed with other people, I had to sit on a stairs for more than an hour and it got me extremely pissed off. And as a bonus, it keeps me healthy because I average about 1 hour of exercise a day when cycling.

Low-fat sour yoghurt
My usual breakfast is low-fat yoghurt with fruit and chia seeds. Or a smoothie made with yoghurt. I’ve never found the same yoghurt they have in The Netherlands, it’s usually just the sweet stuff that tastes so extremely artificial it makes me want to gag. I just love the sour taste of the Dutch yoghurt and the first thing I have when home after a night’s sleep in my own bed, it’s usually yoghurt. Whenever I come home from a trip, Martijn asks me if he should do any groceries and I usually tell him to get yoghurt and bananas. As long as I have that, I’ll be fine.

My routine
Yes, this is a stupid one, I know. I’m a routine kind of girl. I like to go to bed at the more or less the same time each night and wake up each day at the same time. Only in weekends I’ll sleep a bit longer but am rarely up after 8.00 am. Sleeping is a waste of time but necessary. I’ve been dealing with so many routines over the past year that I currently have no sense of routine or whatsoever anymore. In Argentina we’d usually go out for dinner at 10pm or later, that was just horrible. I’d be hungry by 6pm already so I’d eat whatever I could get my hands on and by the time we’d have dinner, I was full and sleepy. In Holland we generally eat quite early (about 6pm) but I’ve barely been home, usually traveling during weekends and working/going out/gym during the week so there is just no routine in my life right now. Resolution for 2015: getting some of that routine back, if only for 1 or 2 nights a week…

My outdoors
Even though we only live within 10 minutes by bike from the centre of town, we still live right on the border. So basically when I step out the front door, I’m out of town. Or at least, within 10 steps. The path leading away from the house, eventually takes me to the Rhine (just a 5 minute walk) and many hiking/biking trails. I love to go here whenever I go for a run or when I want to clean my head. Especially in the summer I go here a lot, for a short stroll after dinner or for a run in the morning before work. Unfortunately, the trails aren’t lit and I don’t feel like going out there by myself at night but luckily, during the weekends I get to go there a lot. Being out there makes me a happy person. Being unable to just step outside into nature when I travel is something I miss, especially when I’m in a city.

Is there anything you miss when you travel?

The one time I said “no” to hiking
Lonely Planet’s “Dream Trips”
5 magic moments: Rothaarsteig in pictures

A week in Argentina! 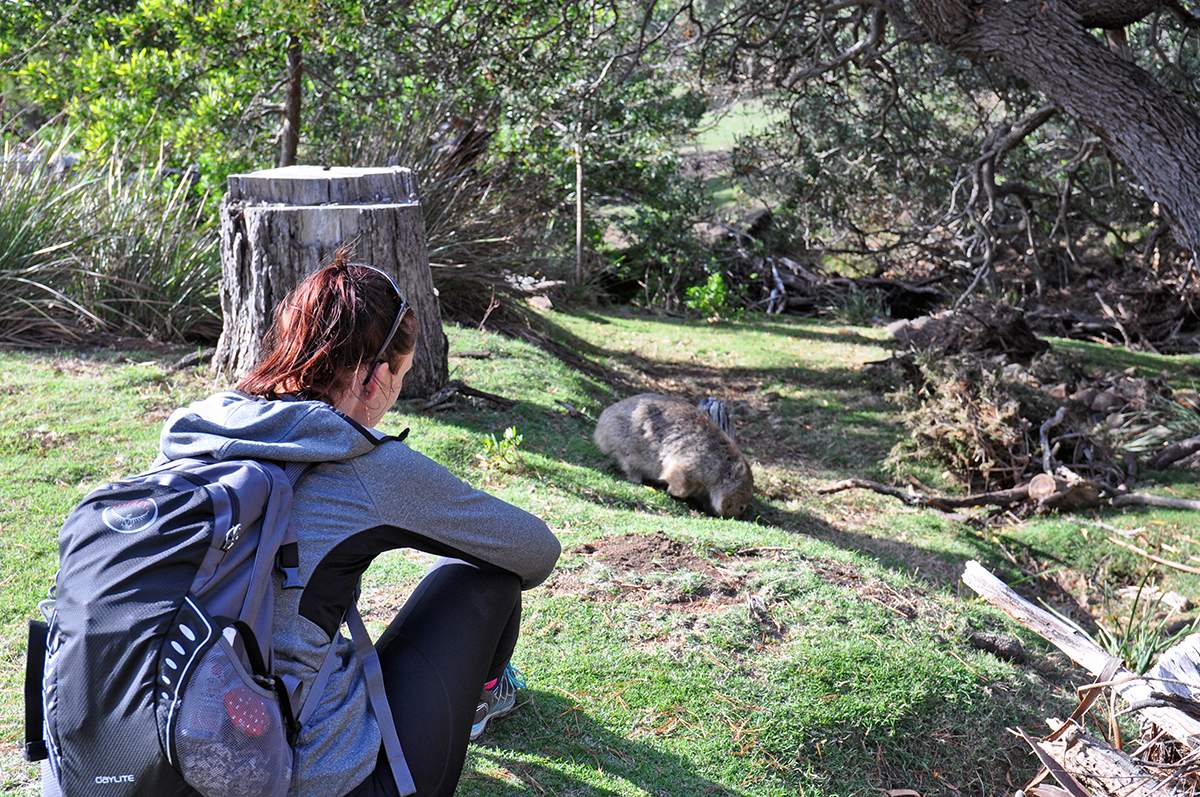 Maria Island in Tasmania: a guide to hiking and camping 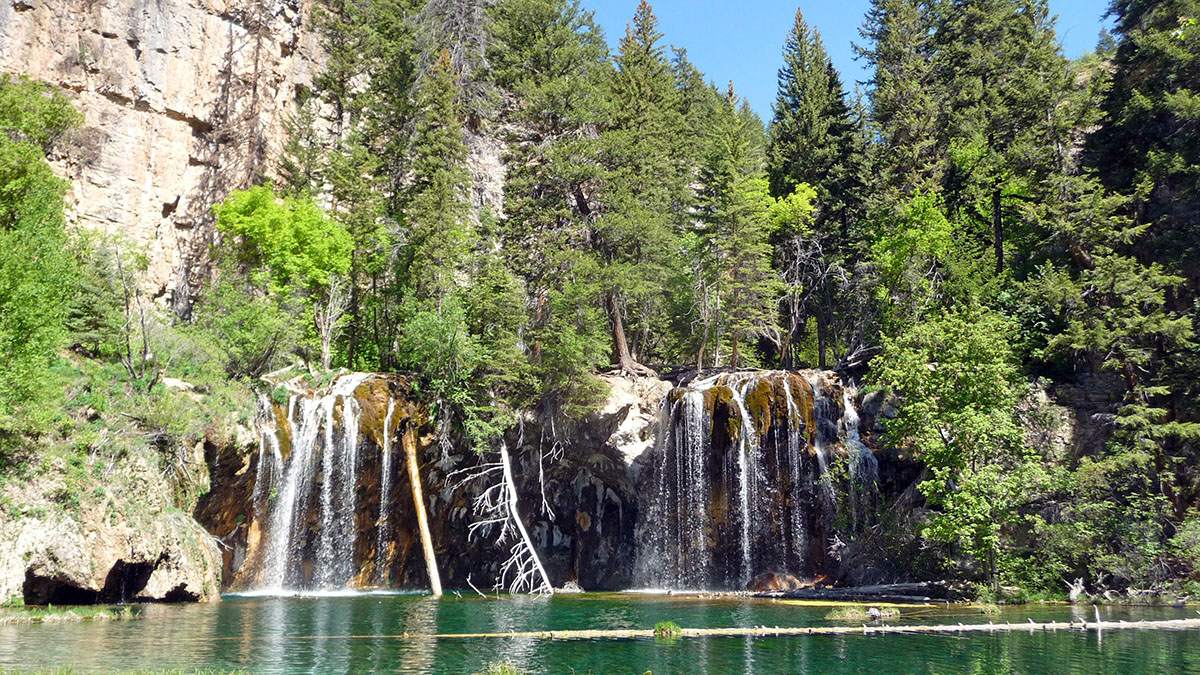 Hiking to Hanging Lake in Colorado