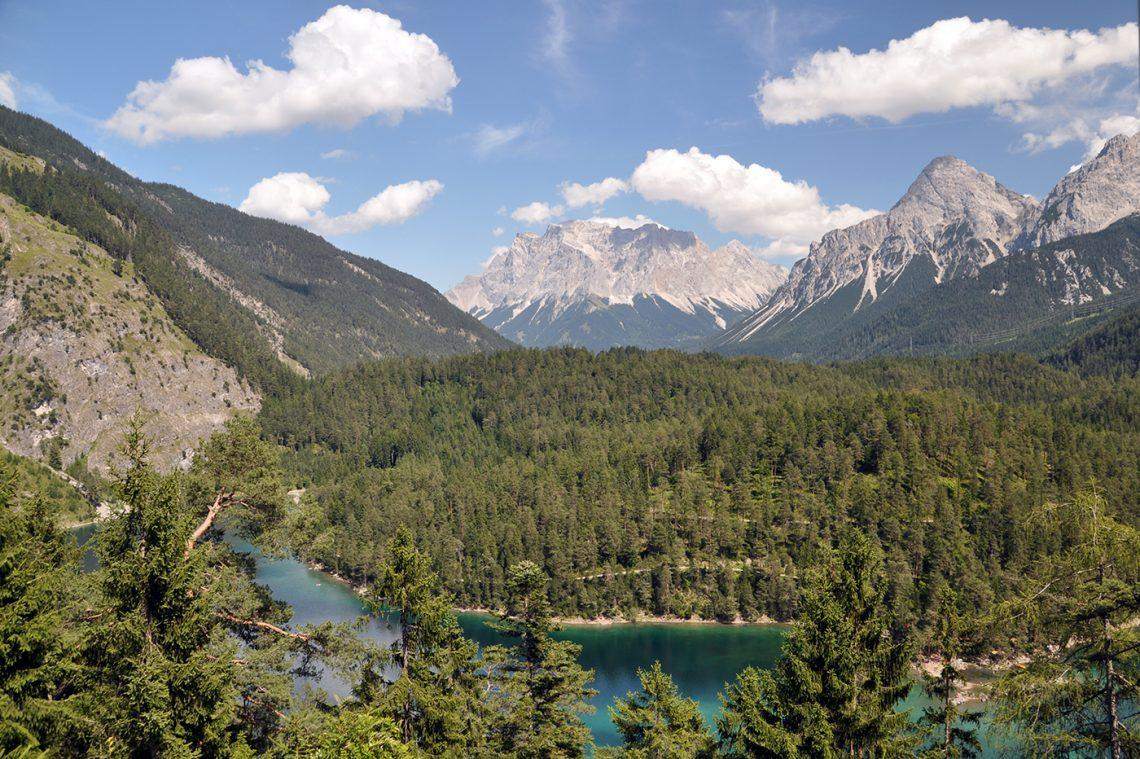 In case you didn’t know yet, I’m a big fan of Austria. Back in the days we always used to travel to Austria as a family, up into the mountains. At first this was because I used to have a serious asthma and the clean mountain air made me feel much better as a kid, later it was because we all loved the mountains. When my parents got divorced, we stopped going to the mountains and it was only a couple of years ago when I went back again. Ever since, I try to go back to Austria at least once a year.

A couple of years ago we stayed at the Tiroler Zugspitz Arena. Here we made various day hikes such as the one to the Coburger Hütte. Some days we’d also be taking it easy and I even switched off my mobile phone for a whole week. Because of this, I managed to read four books in one week and came home super relaxed. By the end of our vacation, my legs where somewhat tired yet I didn’t want to do nothing. So I grabbed our hiking map and some small lakes on the corner of it caught my eye. Next to the Fernpaß, a mountain road reaching a 1.212 meter above sea level and one of the busiest connections from Germany to Italy I saw three spots that were calling out to be explored!

We got into our car and drove towards Biberwier (don’t you just love the Austrian town names?) where we parked our car. Here we took the Blindseeweg down south. The first lake that we came across was the Mittersee at an altitude of 1.092 meters. Who wouldn’t want to live in a cute little cottage located on the lakeside like this? I sure wouldn’t mind! 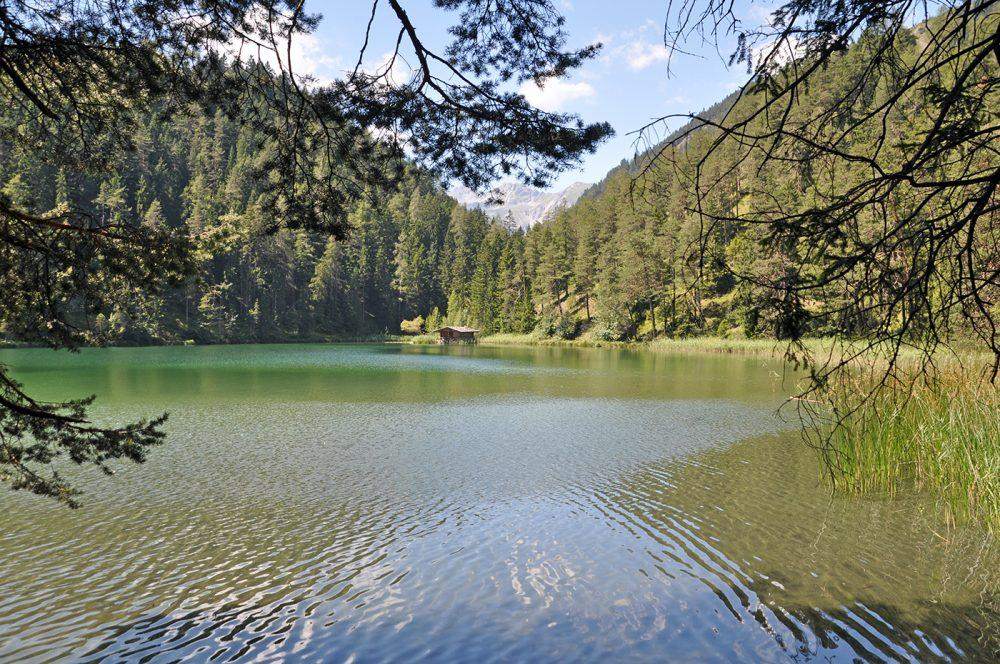 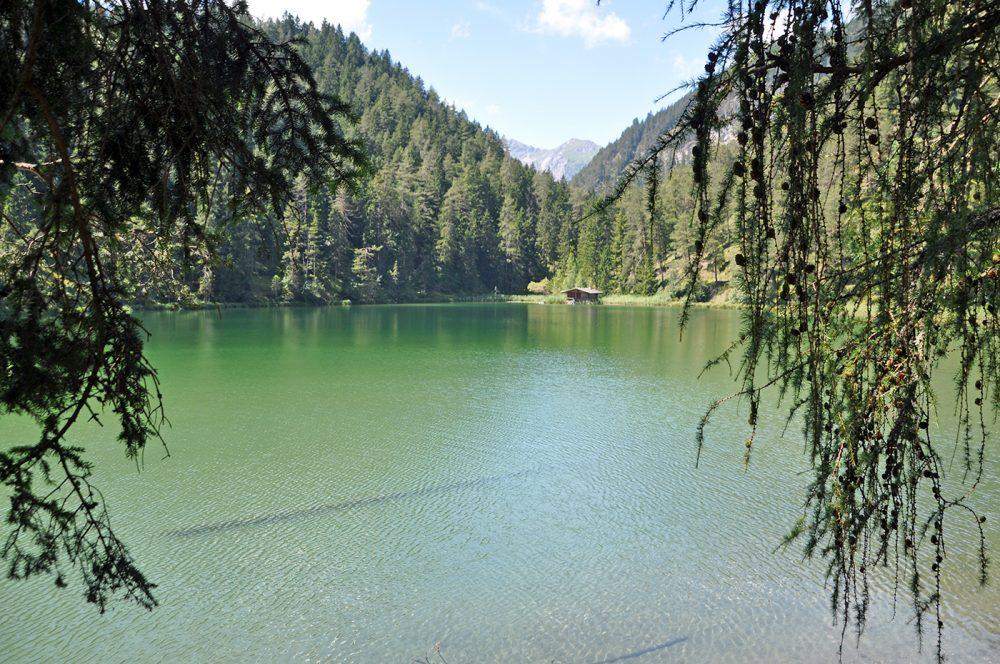 After taking a couple of shots, we walked on to the Blindsee, the most famous one of the three. This one can be seen from the Fernpaß and there for receives the most visitors. However as we were approaching from the north and most tourists don’t even bother to hike all the way around the lake, it was super quiet. When we slowly walked up to the parking lot on the southern side of the lake, it was quite a lot busier. Here is a large restaurant and terrace overlooking the Blindsee where it was jammed with people as it was a hot day. We also got a cold drink there but I can’t really recommend it, as service was poor and the drinks were extremely expensive. You’d better get to a gas station, buy drinks and some snacks and drink/eat them somewhere quiet on the lakeside. 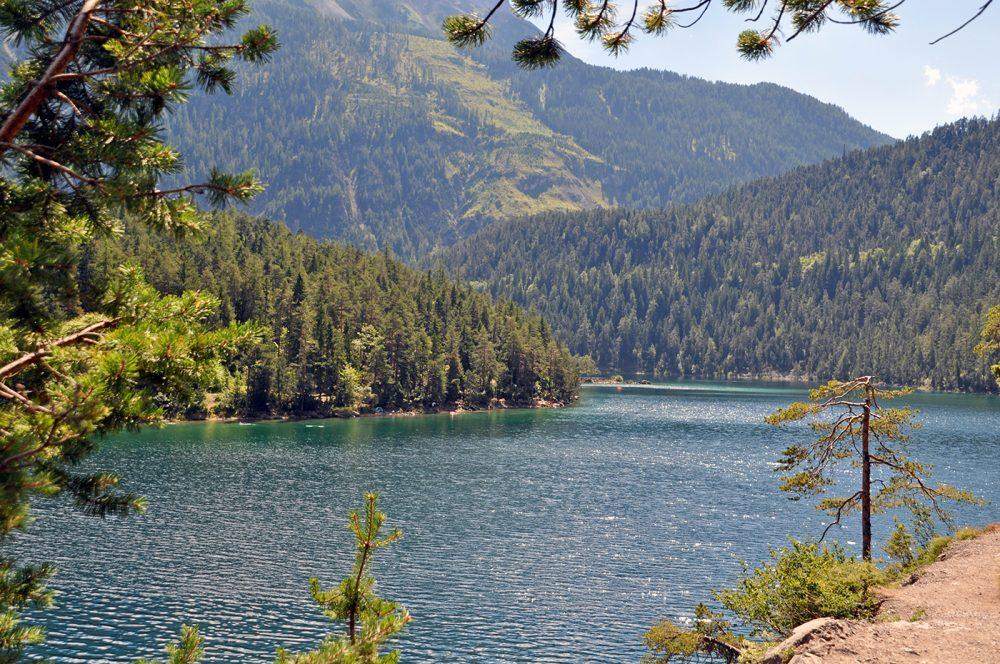 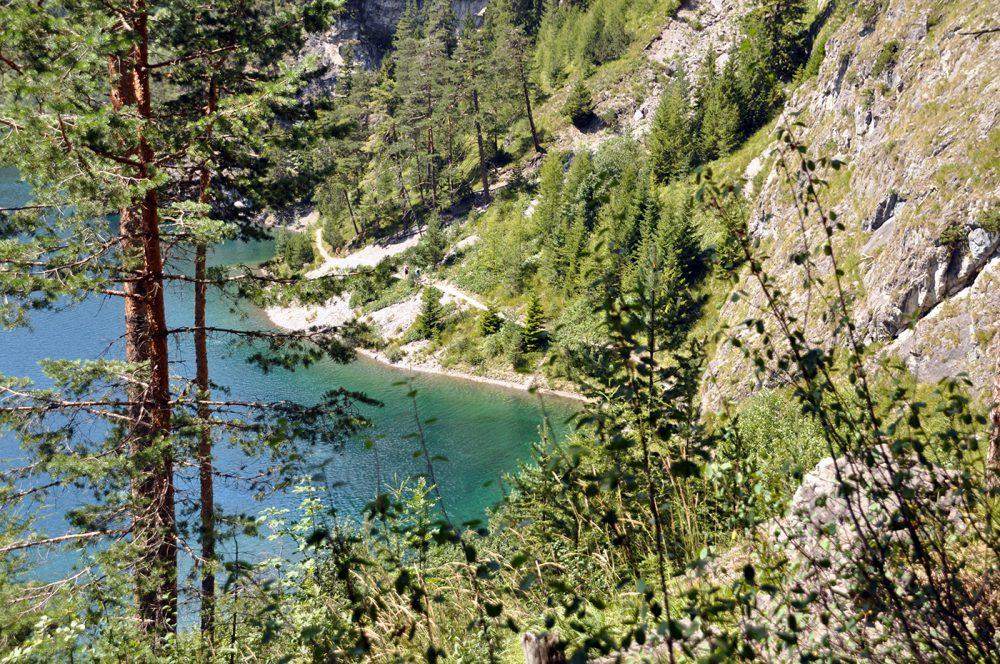 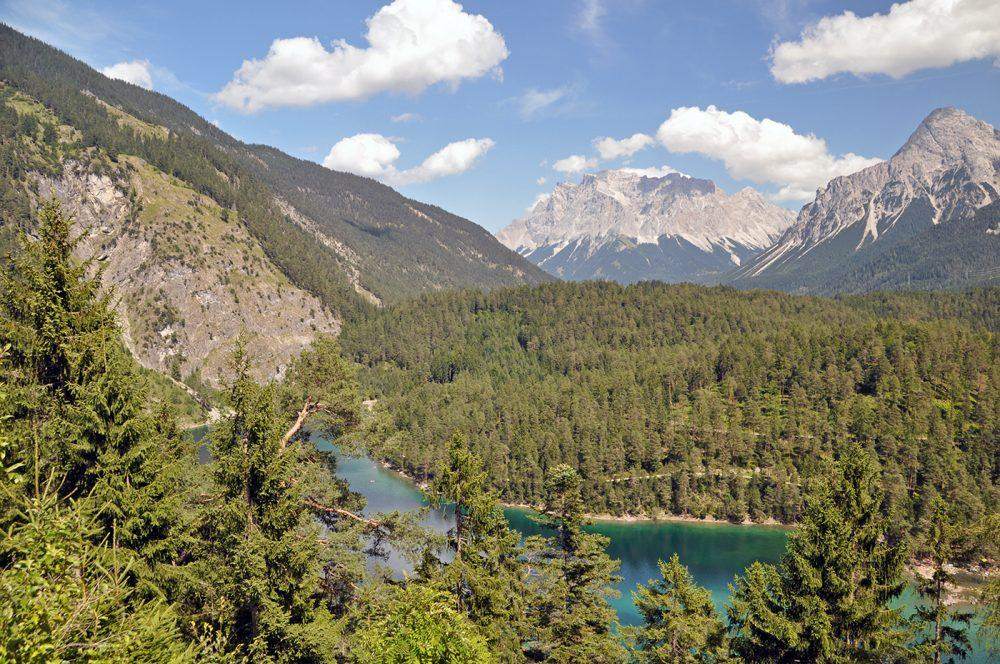 From the restaurant you can easily cross the road and you will reach the Via Claudia Agustua Radroute, which will lead you directly to the Weißensee, the third lake. If you have a bit more time, do like we did and hike a bit further up to the Schöne Aussichtweg op. The views weren’t as spectacular as we had hoped for but it was nice to leave the crowds behind again. This trail eventually also takes you to the Radroute and from here, we followed the road to the Weißensee and onwards back to Biberwier. 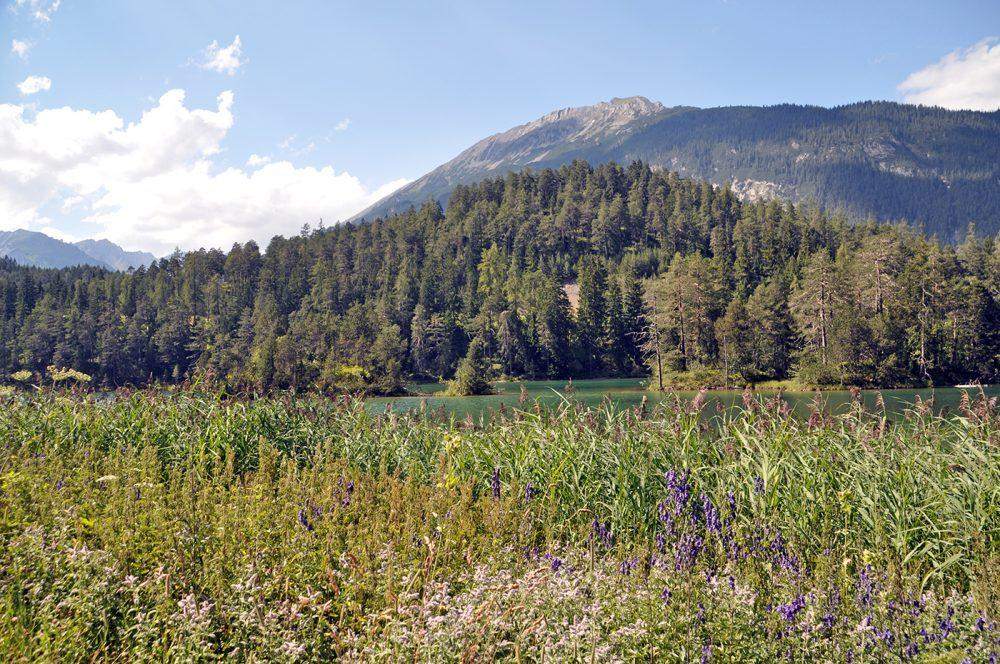 As you can see, you don’t have to hike forever to see some of the prettiest mountain lakes in Austria. The total walk took us about two hours, however when you start at the restaurant and park at Fernpaß, you should be able to do it in an hour. The altitude gain is next to nothing as all lakes are on more or less the same altitude. If you really don’t fancy walking, then just sit down on the terrace and have a look at the Blindsee from there. The high peak you see in the far distance by the way is the Zugspitze, the highest mountain in Germany.