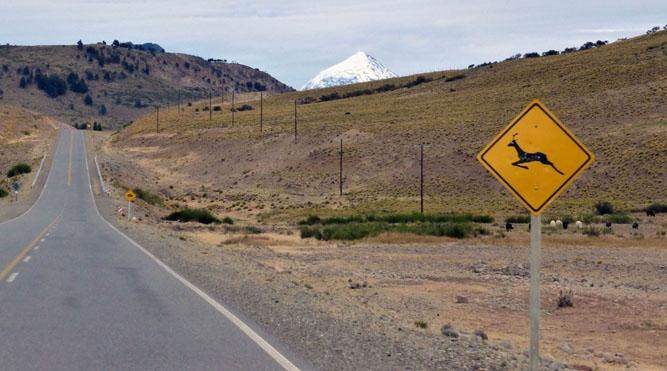 It’s said that the Ruta de los Siete Lagos is one of the most stunning drives in Argentina, so needless to say we expected a lot of it. Most people drive it while heading up north from Bariloche to San Martin de los Andes or take a day tour from Bariloche. We had already done a short part of it upon entering Argentina from Chile, so therefore we decided to head the alternative way and first drive to Villa Traful along Ruta 237. This turned out to be a great alternative because there were almost no cars there and it was pretty different than the Ruta de los Siete Lagos. Much dryer than at the border area and way more adventurous. As we left Bariloche, the weather was pretty good (yet windy) however when we left the main road and took Ruta 234 west to Villa Traful, clouds started to pack above our heads and we knew we were going to be doing some interesting driving. 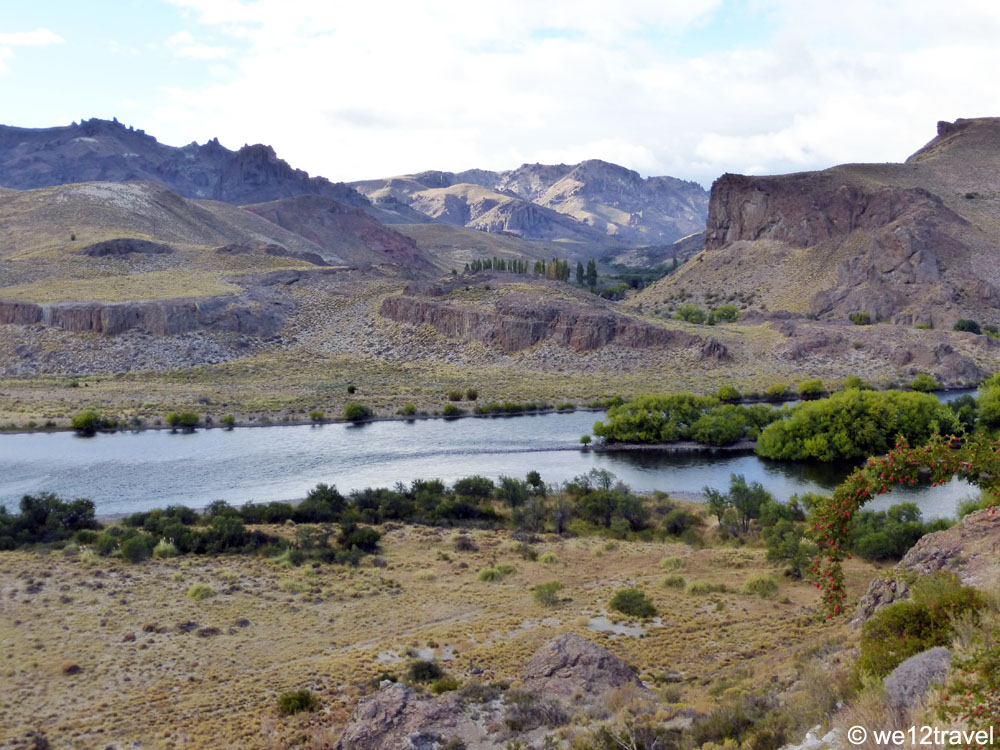 As we came close to Villa Traful, we first reached Lago Traful and along the way there were some pretty sweet viewpoints. However, when getting out of the car, make sure to hold onto your door because the wind over here can be relentless as we experienced ourselves. Even though the road to Villa Traful isn’t very long, it will take you quite a while as it is entirely unpaved. I’ve seen people driving it with regular cars that didn’t have high clearance, however I’d suggest to only do this if the road is in proper condition. Just after Villa Traful, there was a lot of water on the road due to recent rainfalls and families in regular cars had trouble getting through…

Villa Traful is a tiny town located on the shores of Lago Traful and although it seemed a bit sleepy, I’d really have loved to spend some time here, just exploring the area, go hiking, biking and that sort of stuff. This is definitely the road less traveled in Argentina so if you want to escape the crowds, forget about driving through touristy Villa la Angostura and take this road up north instead. Alternatively, if you don’t have a car, you can take a daytrip from Bariloche along the Circuito Grande, which is even more worth your time than a tour along Circuito Chico. 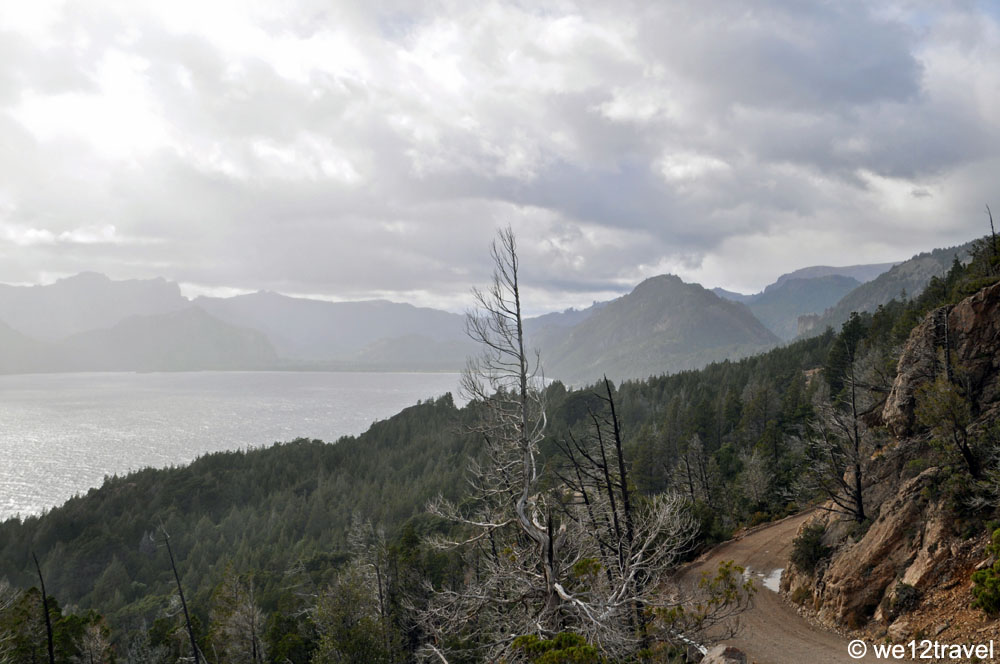 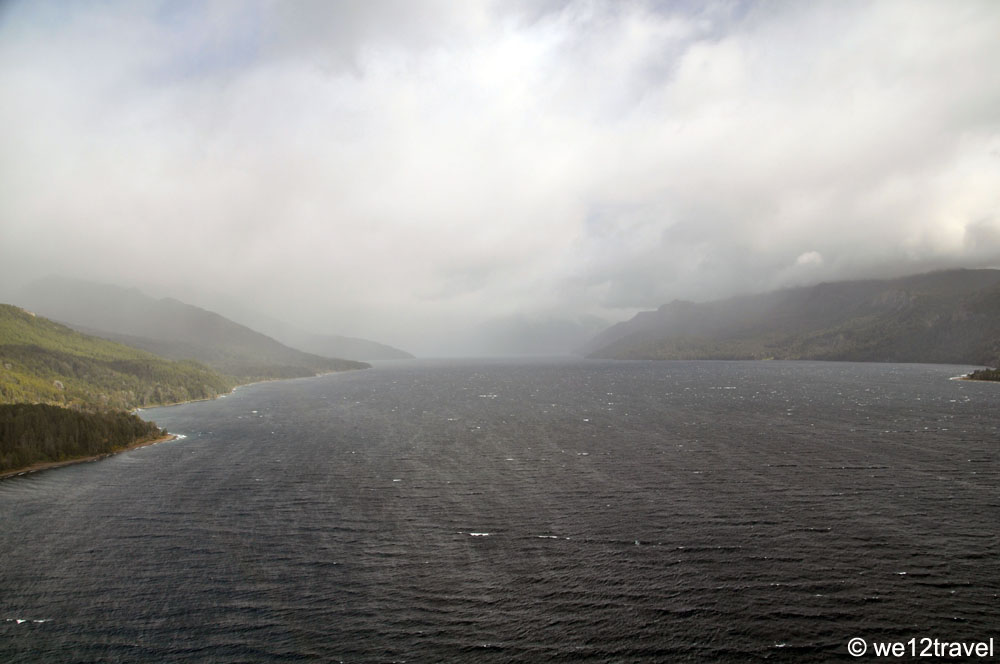 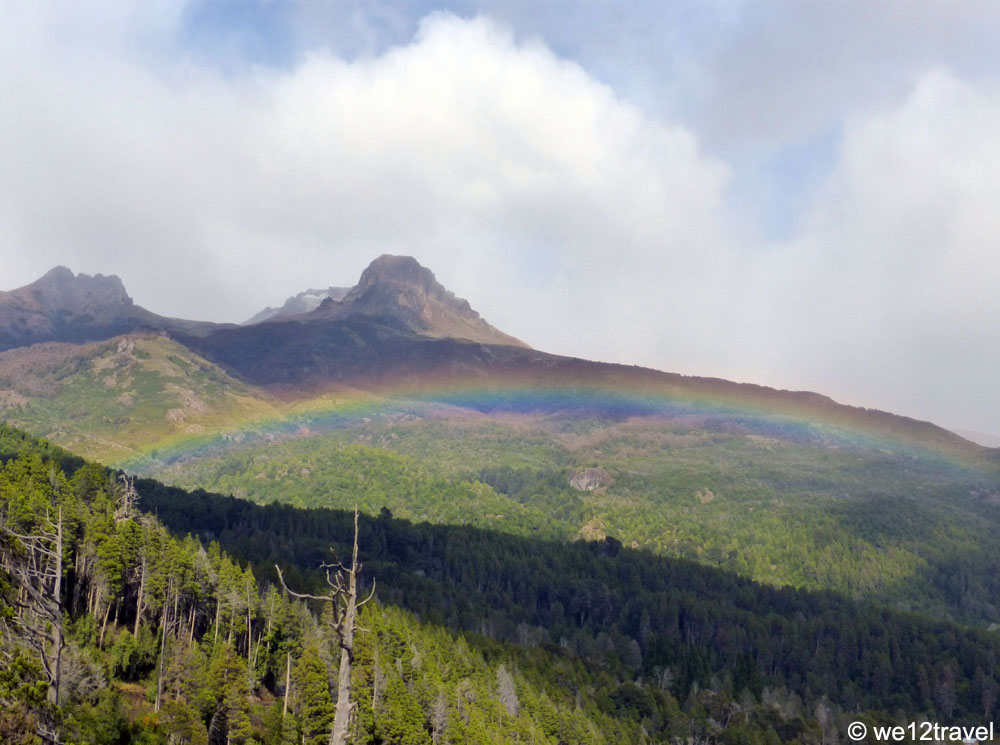 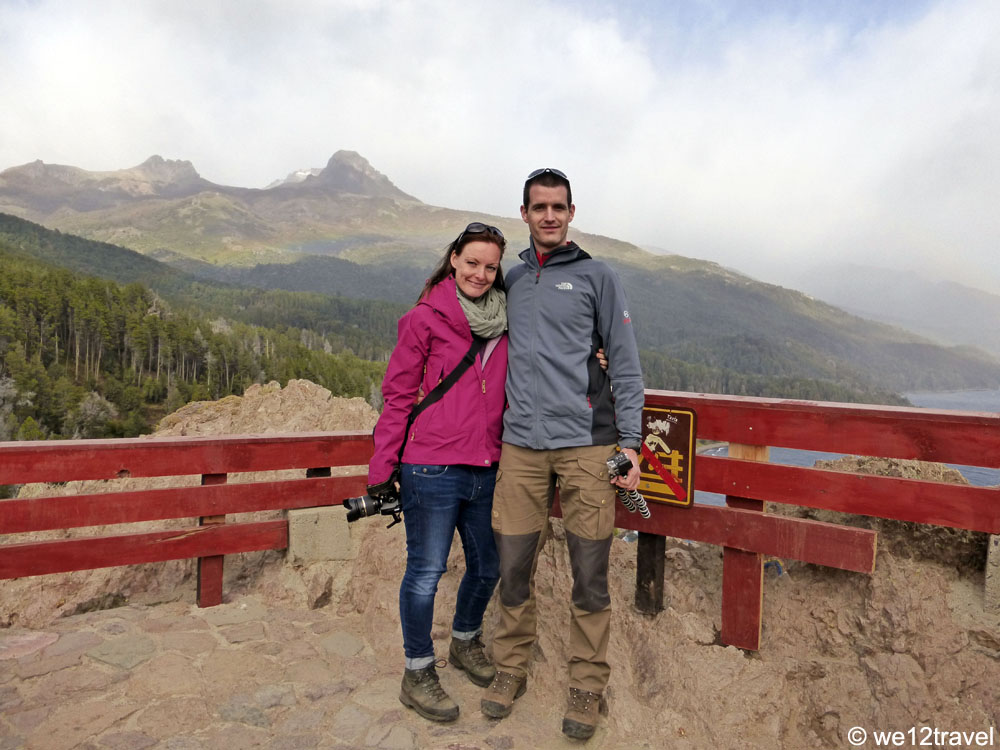 After a few hours of driving, we finally caught up with the Ruta de los Siete Lagos again and by now, it was pouring with rain. Most of the road was muddy, our car got covered in dirt (yay!) and there were no real viewpoints worth stopping at. I’m sure that the drive is generally very scenic but unfortunately, not when we were there. It was clear that everyone along the way just wanted to get to San Martin de los Andes as soon as possible, to be able to grab a coffee and get out of the soaking rain… I wish I could tell you more about our time on the Ruta de los Siete Lagos but I can’t because there was not much to see while we were there. It’s a good reason to come back here one day, although from the number of cars on the road, I guess maybe we’ll just skip it and keep on wondering forever what it would have been like in better weather. 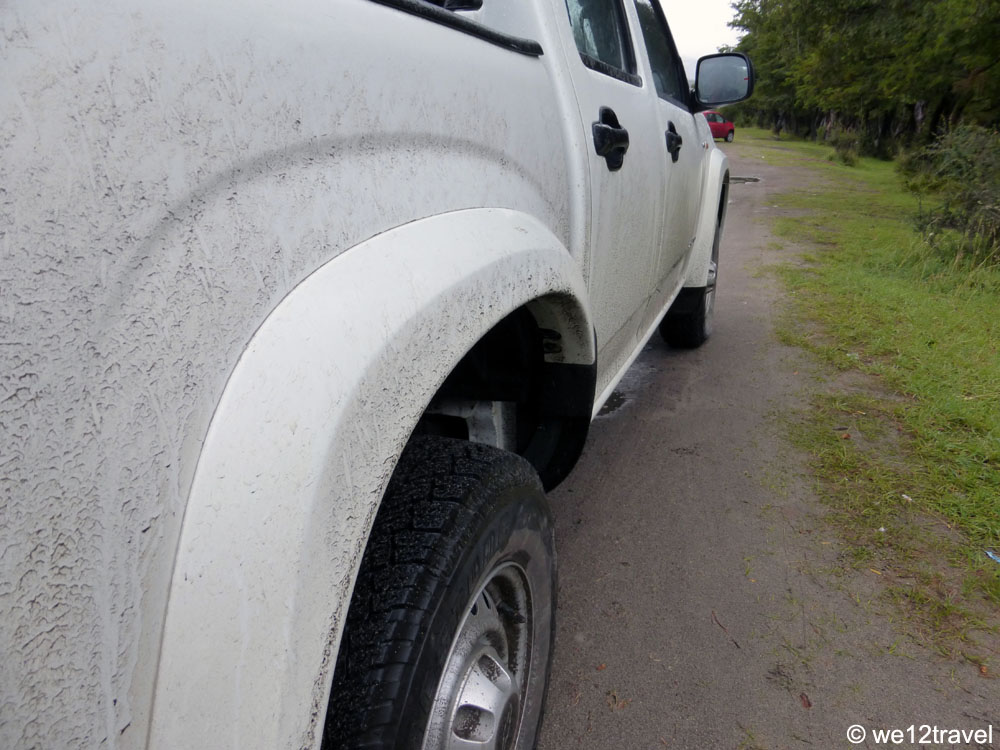 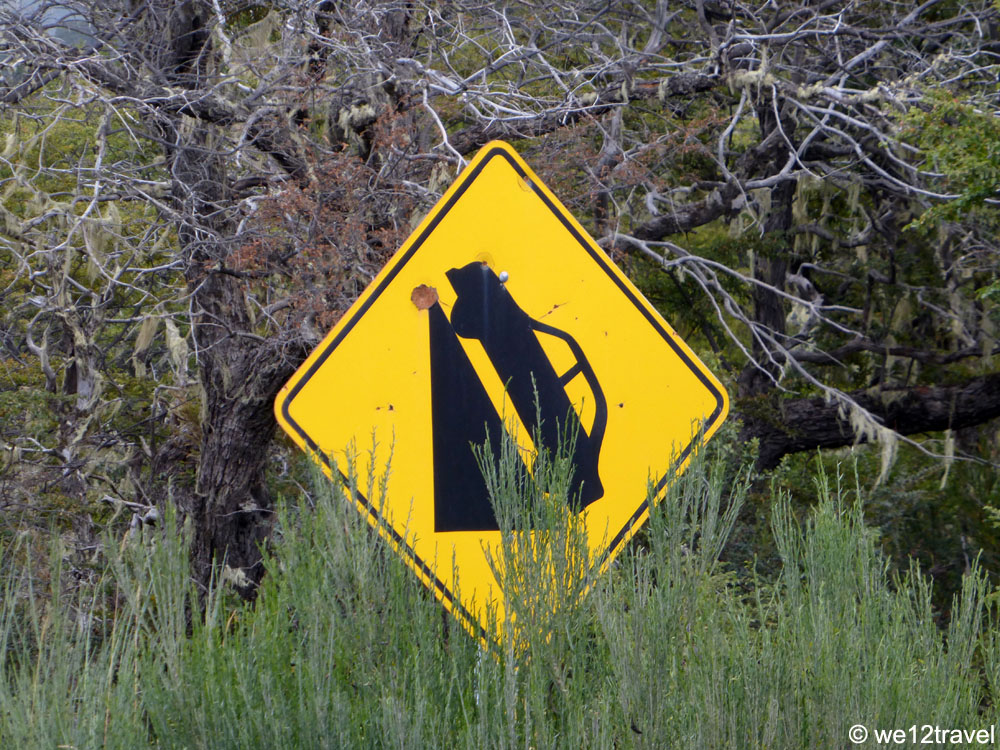 Upon arrival in San Martin de los Andes the weather got okay again, so we decided to take another drive to Cascada Chachin. We weren’t sure if it’d be worth it, but in this kind of weather there didn’t seem a lot else to do and we didn’t want to spend our time in the hotel. By now, we had entered Parque Nacional Lanín and the road up to the Chachi Waterfalls eventually takes you to Paso Hua Hum and the Chilean border. If you plan on traveling onwards to Chile from here, make sure to check if the ferry across the lake still goes because upon arrival, it turned out they had taken it out of service for the rest of the season. The drive up to the falls was nice but not very scenic since we were mostly driving through the woods. It was quite an adventure though because at some points the road was only wide enough for one car and we were always kind of hoping that we’d not run into another car along the way. After just over an hour, we finally reached the falls and I was pleasantly surprised that there was actually a whole trail including signs leading up to them. The walk itself is pretty nice, not too long and since there was nobody else around, we had the trail all to ourselves. The waterfall isn’t the most spectacular (but in all honesty, nothing is after you’ve seen Iguazú) however it was a nice way to spend our afternoon doing something else than hiking for a change. 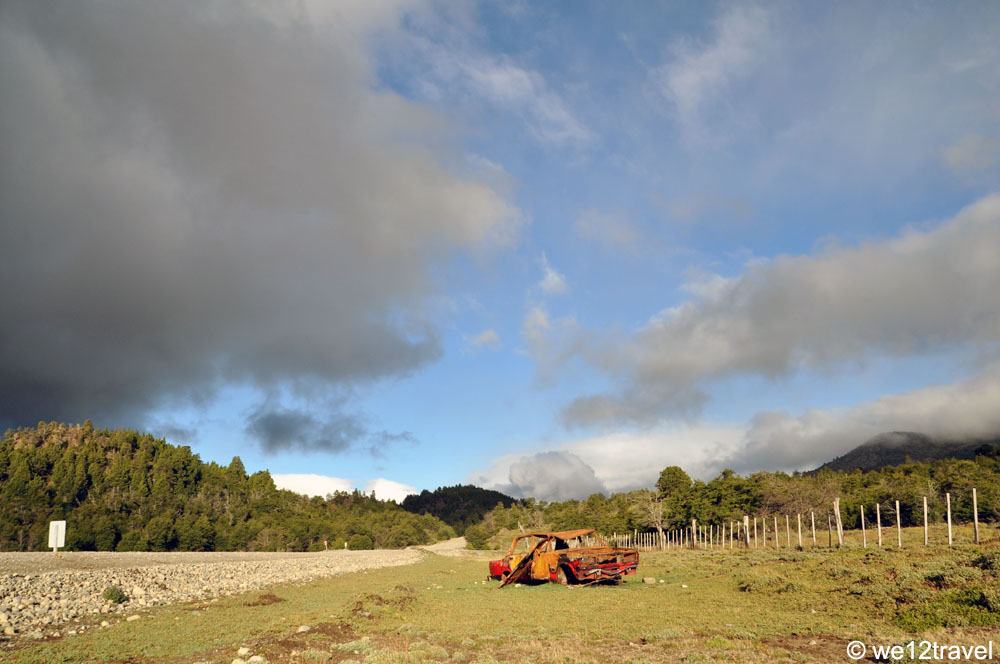 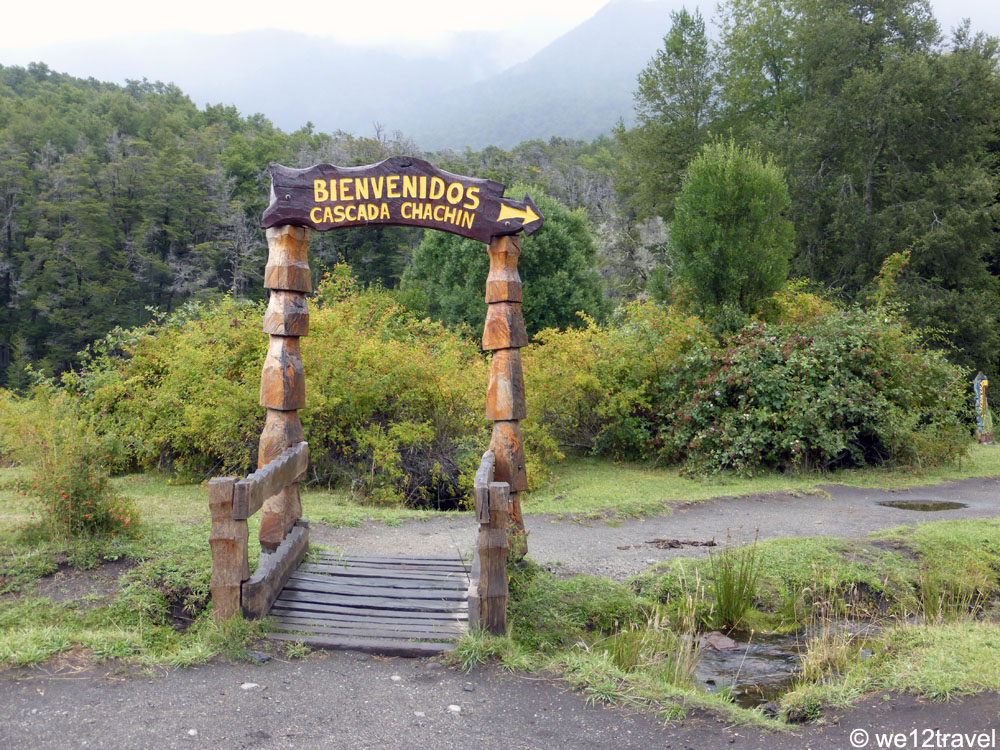 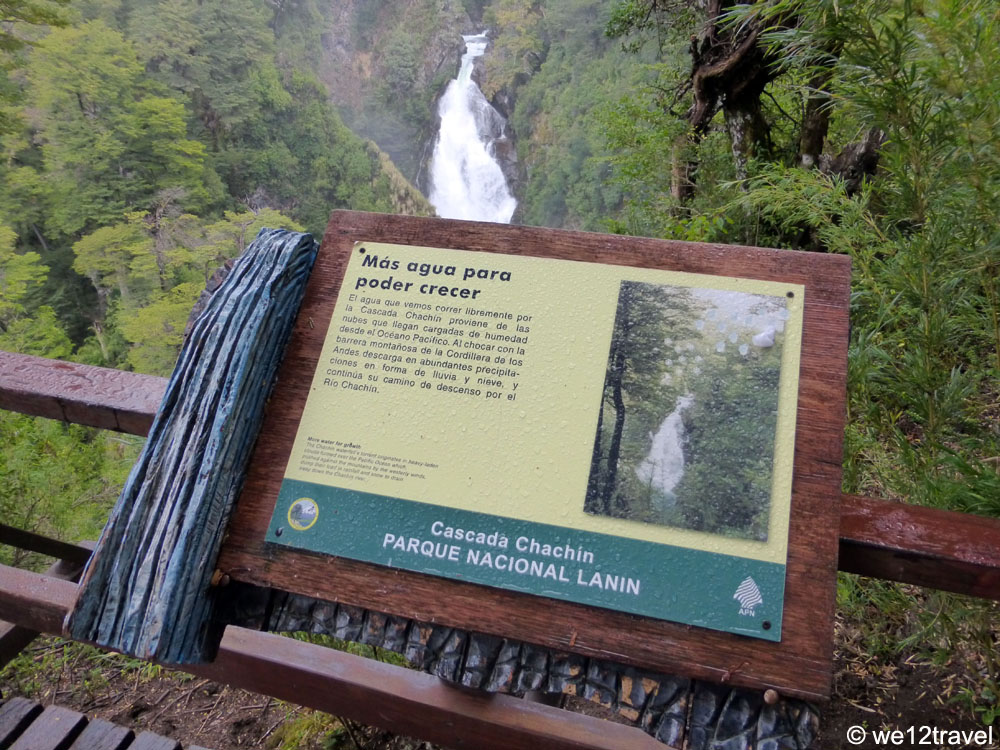 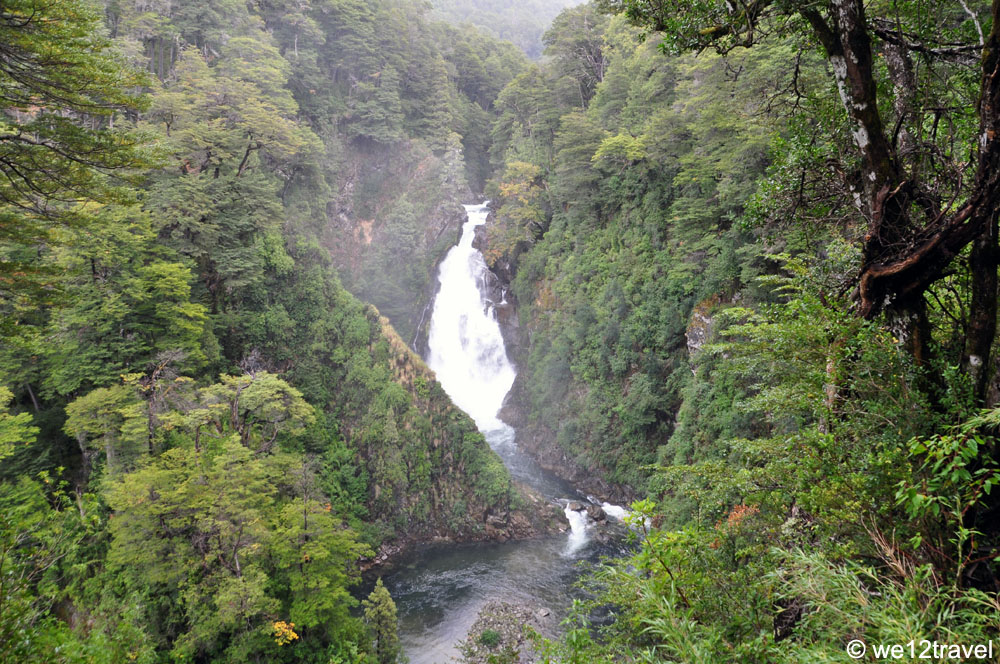 The next morning it was time for us to head over to Chile again. To get there, we first drove up to Junín de los Andes and passed right through Lanín NP again, this time through the northern section. The centerpiece of this park is the Lanín volcano and with a bit of luck, you can already see it from quite far away. Although it was a cloudy day, the volcano was out of the clouds most of the time which made the drive even more spectacular. It turned out a fresh layer of snow had fallen overnight which made it extra pretty and after some photostops and a quick visit to the visitors center right at the foot of the volcano, we crossed the border and arrived back into Chile… 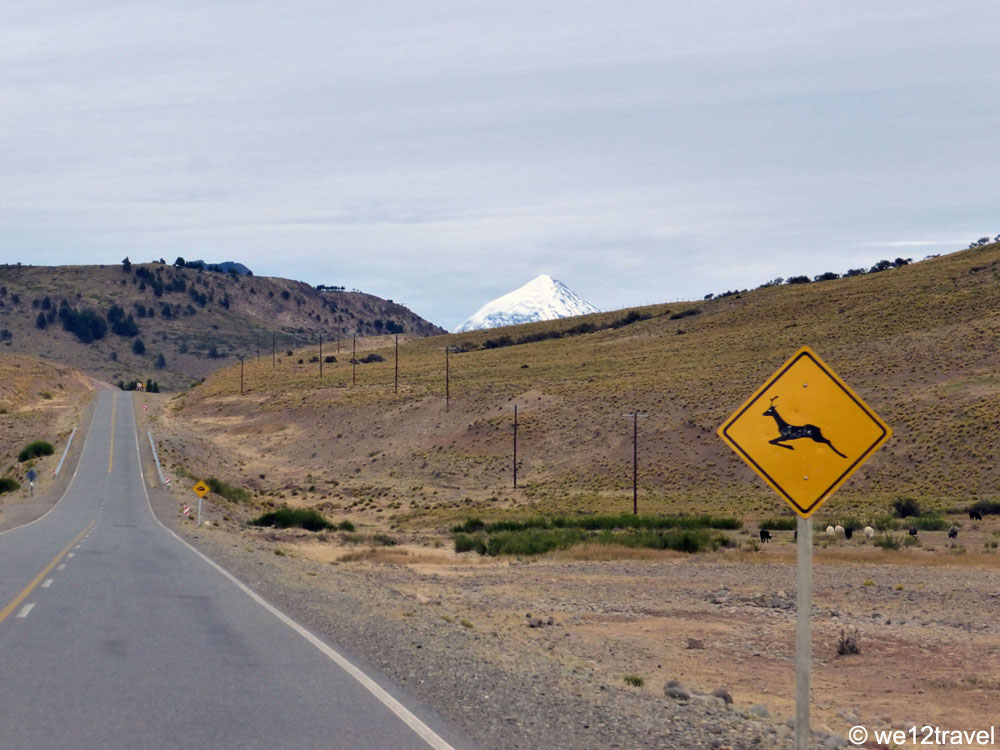 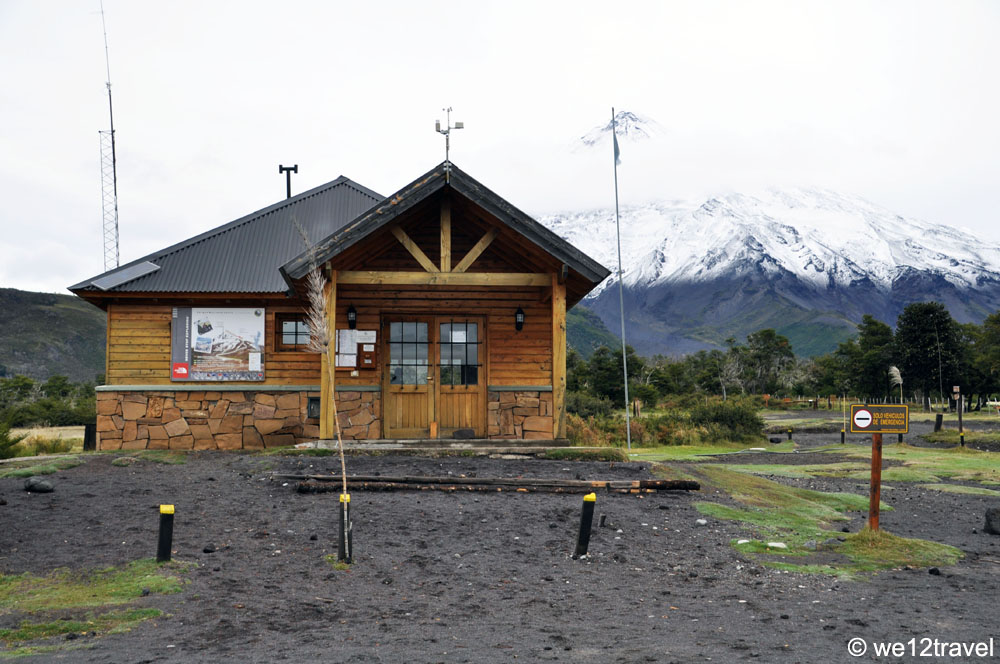 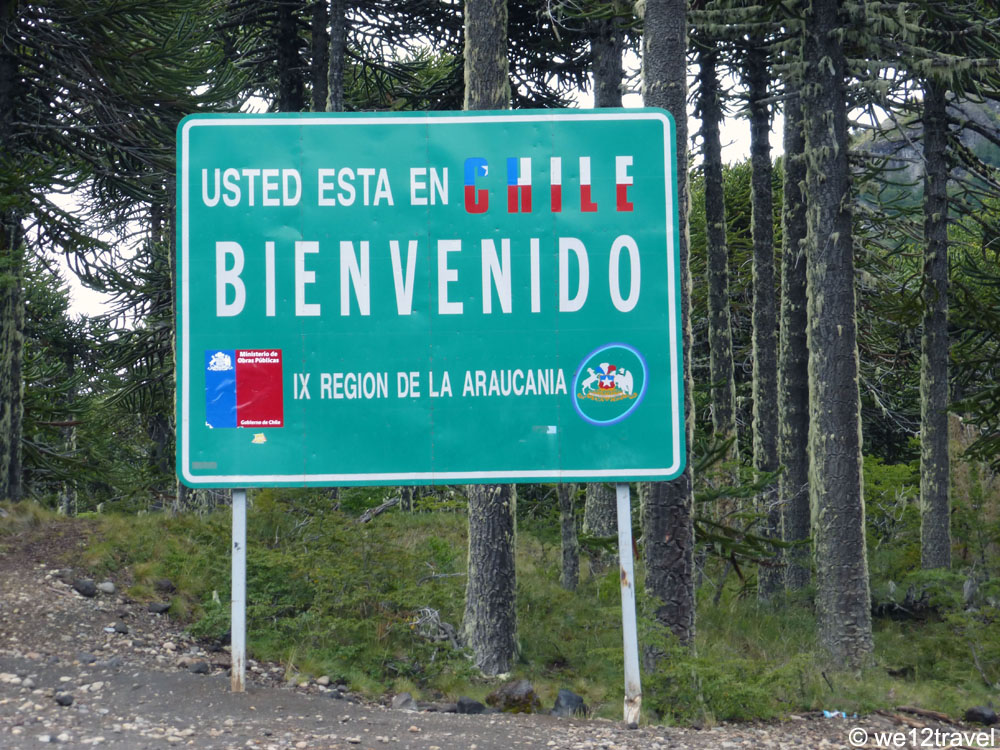 Want to read more about our roadtrip through Patagonia? You may like these:
– Bariloche: Bucketlist or Tourist Trap?
– Hiking to Refugio Otto Meiling and sleeping between glaciers
– A roadtrip from Bariloche to Pampa Linda