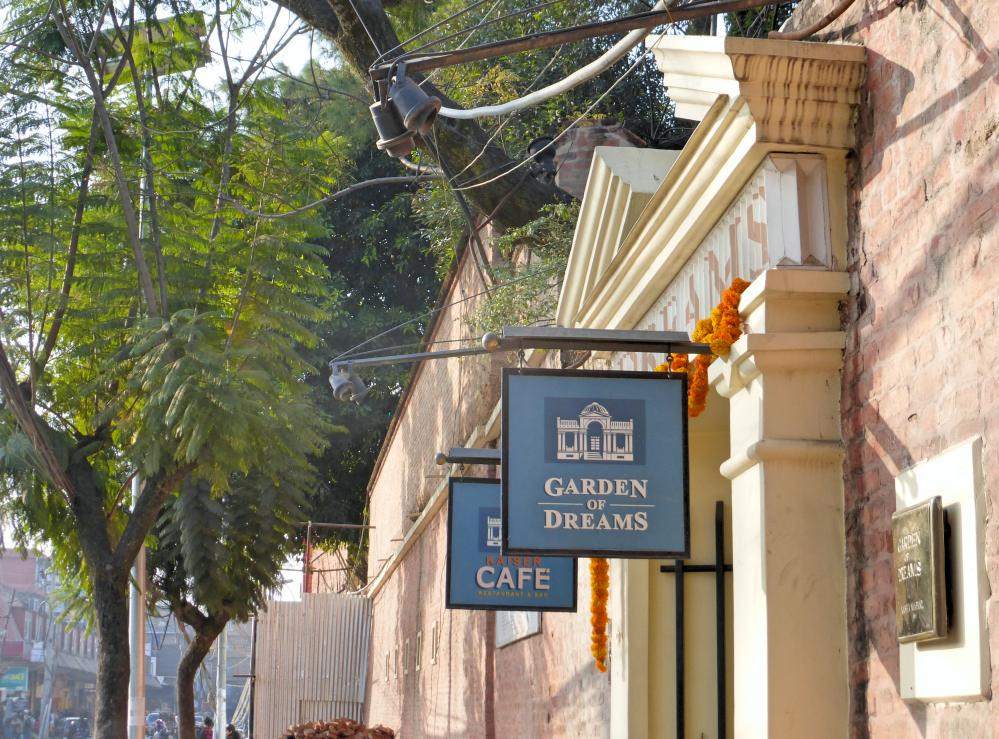 Ahhhh Kathmandu … I love you and I hate you at the same time. I love you because you are bustling with life and the friendliest people I’ve ever met. I hate you because you made me lose my breath because of the pollution and because the honking cars drove me nuts after being in the silence of nature for 15 days. We haven’t been to many other major Asian cities (in fact, just Bangkok and Pnom Penh) but Kathmandu is exactly how I image an Asian capital to be. Noisy, smoggy and crowded. Never sleeping and always something going on. As Martijn got sick while we were there and even had to visit the hospital, we didn’t see and do as much as we wanted. However, we still enjoyed being out and about in Kathmandu a lot. Today we’ll share our favorite places to eat in Kathmandu, in no particular order.

On our first day, we didn’t do a whole lot. We arrived sometime during mid-day and first hung out at the rooftop garden of our hotel for a while to soak up the feeling of being back in Asia for the first time in at least ten years. In the late afternoon we headed off to Thamel and eventually found Northfield Cafe to have an early dinner. We shared a pizza but they had a lot of other western foods too. The seating was open air which made it super nice, especially since it still was a warmer day.

This cute little place can be found in Thamel as well and you can acces it via a stairs, so don’t forget to look up while searching for a place to hang out. They have a little rooftop terrace as well as some seats inside, it was a little quiet oasis away from the crowds. As we got there for lunch, there was almost nobody there, but it quickly filled up with lots of other people, mostly travellers or Nepali accompanied by travellers, and they had to send people away. I had a tuna sandwich and Martijn had a salad which tasted very good. They also offered free wifi which is a bonus! 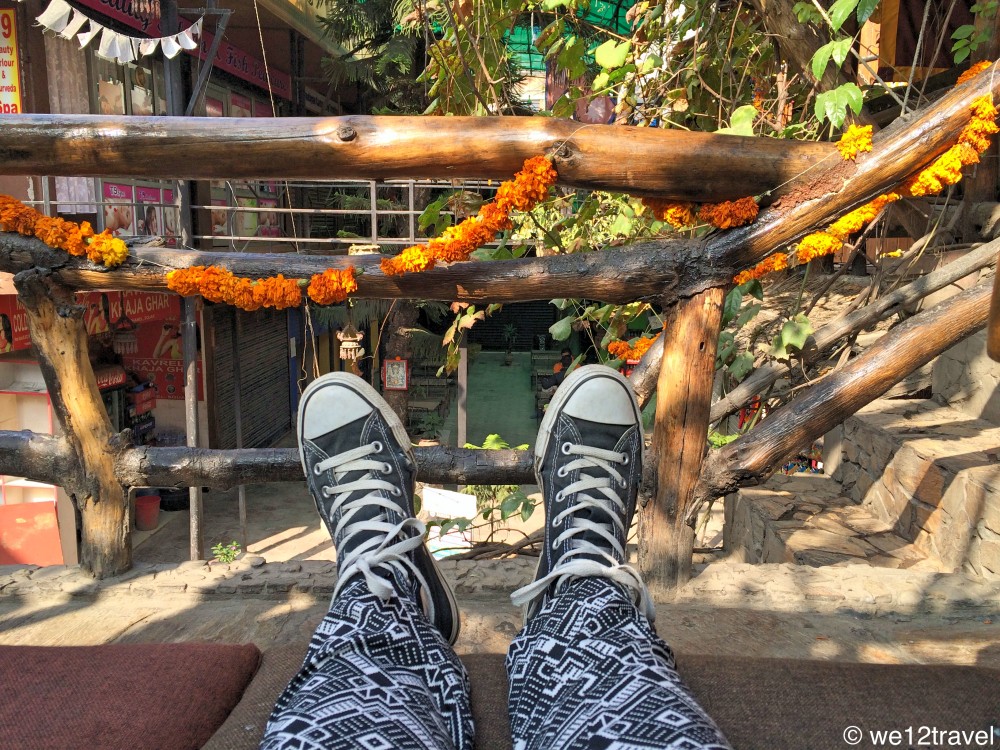 Friends is a very nice restaurant in Mandala Street where you will find a bunch of modern restaurants and places to head for drinks. As we were craving some western food after we came back from Everest Base Camp Trek, we found this place and immediately loved it. Even though it was just about noon, we both grabbed a burger which was truly delicious, especially after not eating meat for two weeks. I’m not much of a carnivore however this was just great. As a desert, we shared the Belgian waffle with ice cream. Staff was super friendly, their sofas comfy and wifi was free. We also visited nearby and immensely popular OR2K but since that one is already mentioned in each blog and guidebook, we preferred mentioning Friends instead. 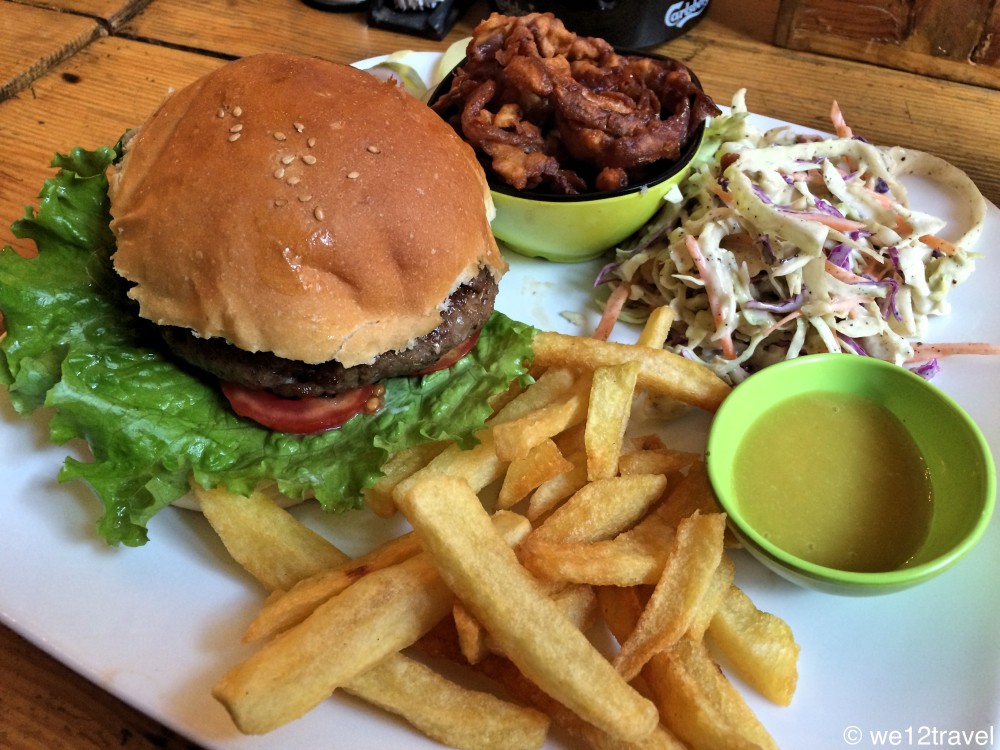 When I posted a picture of my burger at Friends on Twitter, fellow blogger and Nepal lover Laura messaged me I should go for pizza at Fire and Ice if we had the chance. Even though our lunch was quite large (see above) and we wanted to share a pizza, we ended up both having our own pizza. I’d had pizza on EBC all the time but they were always with yak-cheese, ketchup and tuna, so this delicious spicy pizza was a welcome change.

5. Kaiser Cafe in the Garden of Dreams

If you want to escape the hectic life of the city, go to the Garden of Dreams, located on Tridevi Marg, just a couple minutes walking from Thamel. You will have to pay a small fee to get in, but it’s an amazing place to get away from the crowds and the honking cars. Unfortunately, some of the buildings have suffered from the earthquake, however the place was still very much worth hanging out at. We had some tea and cake at the Kaiser Cafe, a quiet open air seating area. Despite the European prices, the cakes were delicious. Wifi is available at a fee. 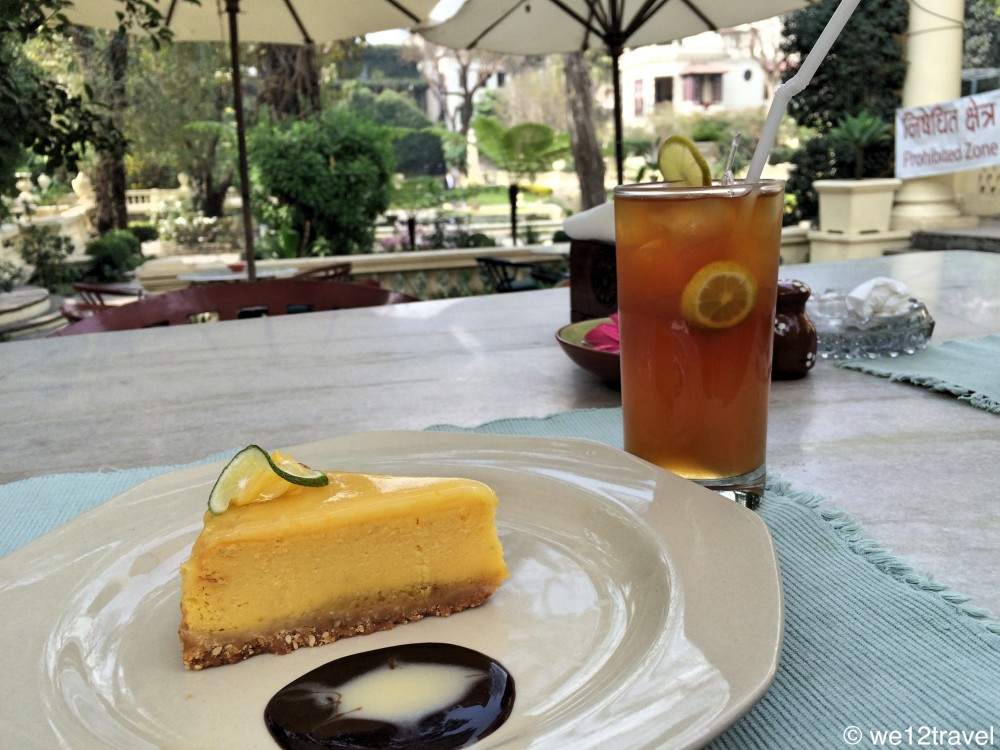 This is a tiny place above some stores in Thamel where our guide Jangbu took us for lunch after we came back to Kathmandu from EBC. I don’t think we would have chosen it by ourselves but it was swarmed with people, mostly travellers but also quite a few locals. We just came back from the monkey temple and were starving. Their momo’s and soups were very good and accompanied by a very fine lassie. Funny fact is that we ran into the doctor who treated me on EBC. We knew he’d head back to KTM roughly the same time as we did, but with all those people walking around in Thamel, I never expected to see him again. 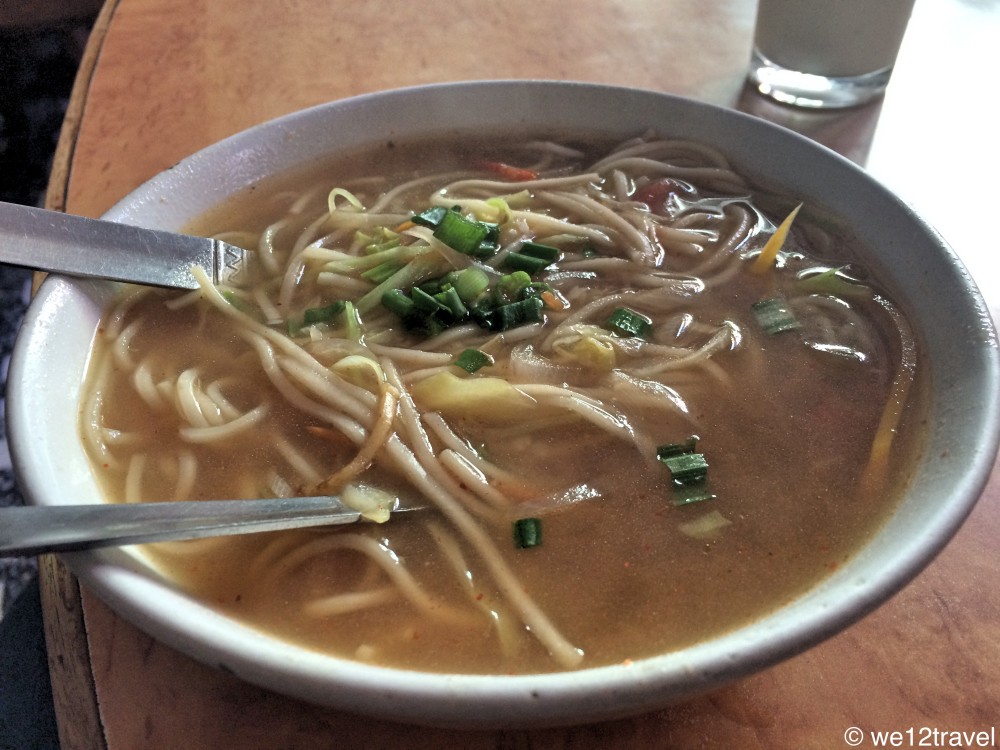 Important remark about our favorite places to eat in Kathmandu

As you can see, our list has a lot of European style places. This has nothing to do with the fact that we didn’t like Nepali food, but more that we had Dal Bhat for 15 days on EBC so we enjoyed Western food while we could get it. Sometimes, western food as tasteless and better left untouched, however I have to say I was pleasantly surprised by the quality of the western food in Kathmandu. 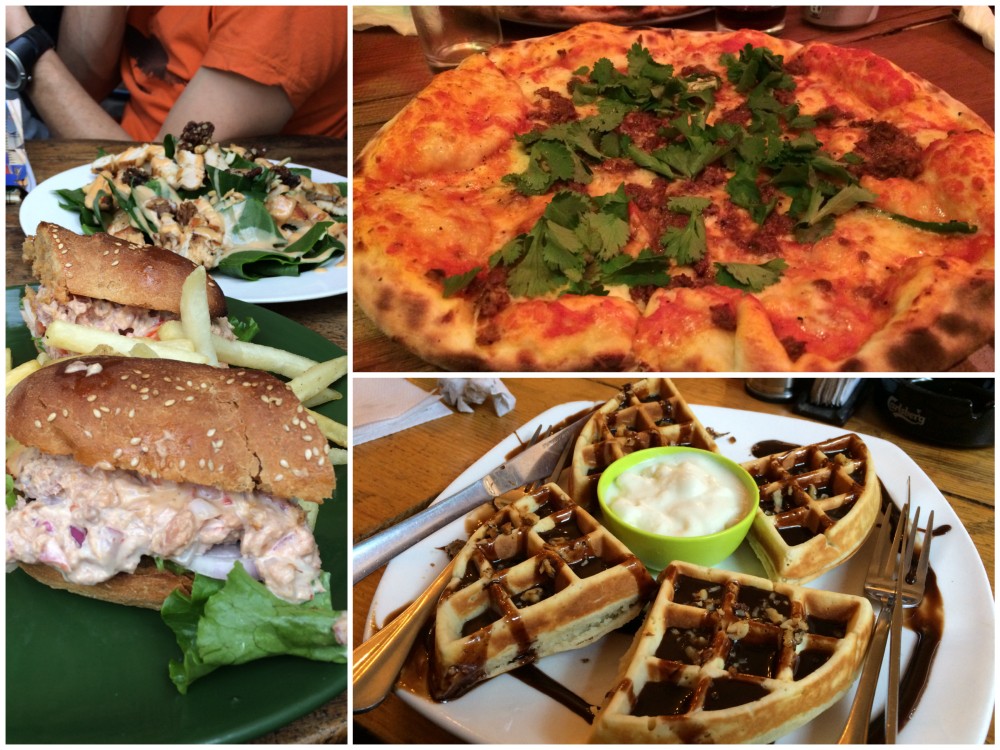 Have you been to Nepal? How did you like the food? What are your favorite places to eat in Kathmandu? Share them with us as we’ll definitely be back!

Want to read more? You will like these posts, too:
– The perfect Nepal itinerary for Nepal with kids
– Nepal and Everest Base Camp Trek: the movie
– Nepal: a head filled with emotions
– Is there wifi on the Everest Base Camp trek?
– How to survive the most dangerous airport in the world (Lukla)