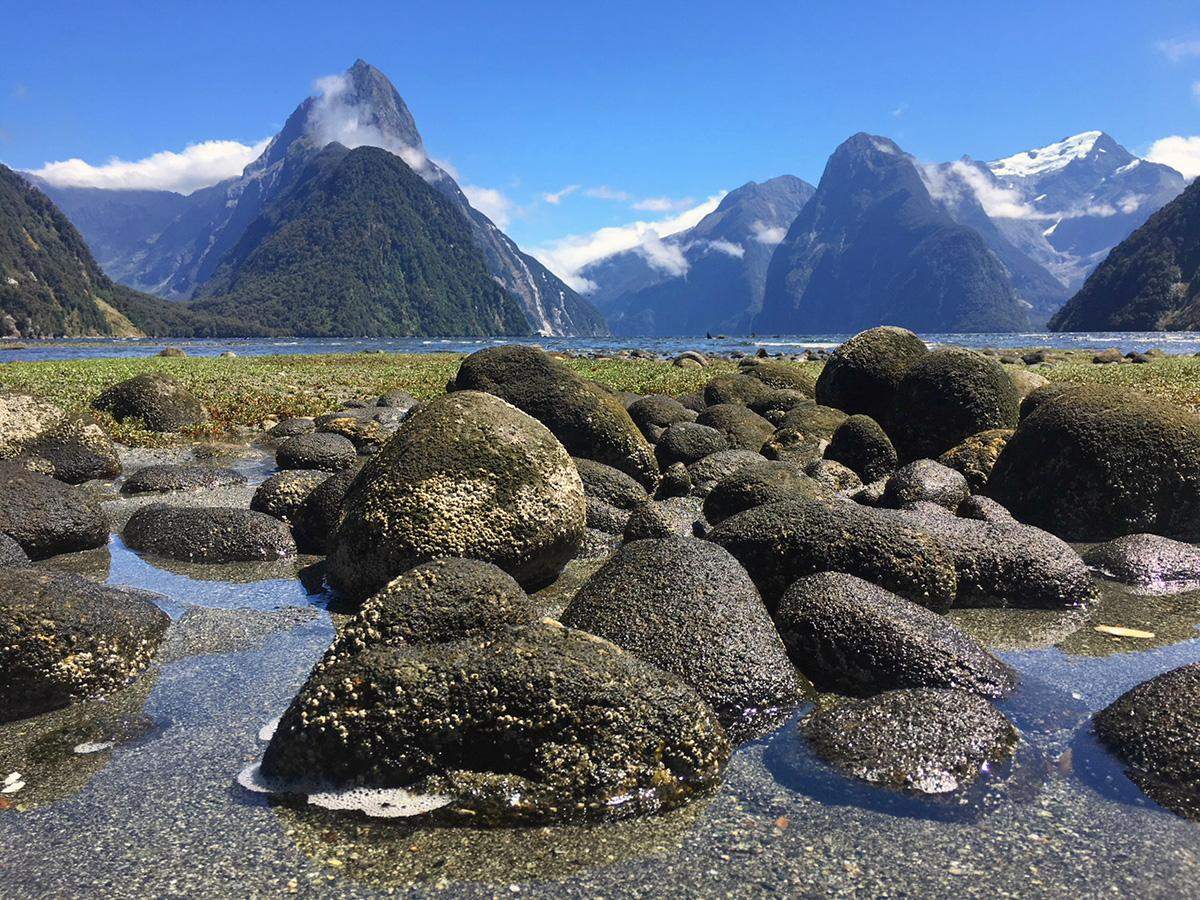 Five down, eight to go. My first full month in New Zealand is a wrap. I’m opening up my laptop for the first time in a week, my mailbox is exploding and I haven’t written a blog in more than a week. And you know what? That’s fine for now. The upcoming days will not be very good weather-wise and will enable me to catch up on things. However, for now I’ll do another weekly update. From Te Anau this time, gateway to the magical Fiordland National Park.

I started my fifth week in New Zealand in Wanaka. I actually planned on going to Queenstown, however I couldn’t find an (afforable) place to sleep and so it turned out to be Wanaka. I checked in to a hostel for the first time in a week, since I needed to recharge my batteries after Mount Cook and was really dying to have a shower, too. Plus I really needed to get some anti allergy pills, since I had a really bad pollen allergy attack while I was there, but only a limited amount of pills with me as I did not really expect to have this so late in the summer. Luckily I found some really got stuff so the worst sneezing is over by now.

In Wanaka I researched a number of hikes I wanted to do, one of them being the famous Roys Peak. As I needed to get a bit of rest in my butt after traveling from one place to the next non-stop, my plan was to stay in Wanaka for about a week. The first two nights in a hostel and then moving on to a campsite. My hostel was BASE and I totally would not recommend it, but it was the only available place I found. I hiked up to Roys Peak and made quite a few plans for other kick ass hikes. And then I hit my small toe against a chair in the hostel kitchen, severly bruising it and making it unable to walk for quite a few days. As I don’t think screaming and swearing out loud in public is very mature I did not do that but man … I was in a lot of pain. As I hit my toe occasionally I never expected to be out of order for a while, but I soon enough realized when I wanted to wear my shoe but I was unable to get it on because of the pain. So when my ankle was finally recovered from its sprain, I got this. The univere must try to tell me something there … 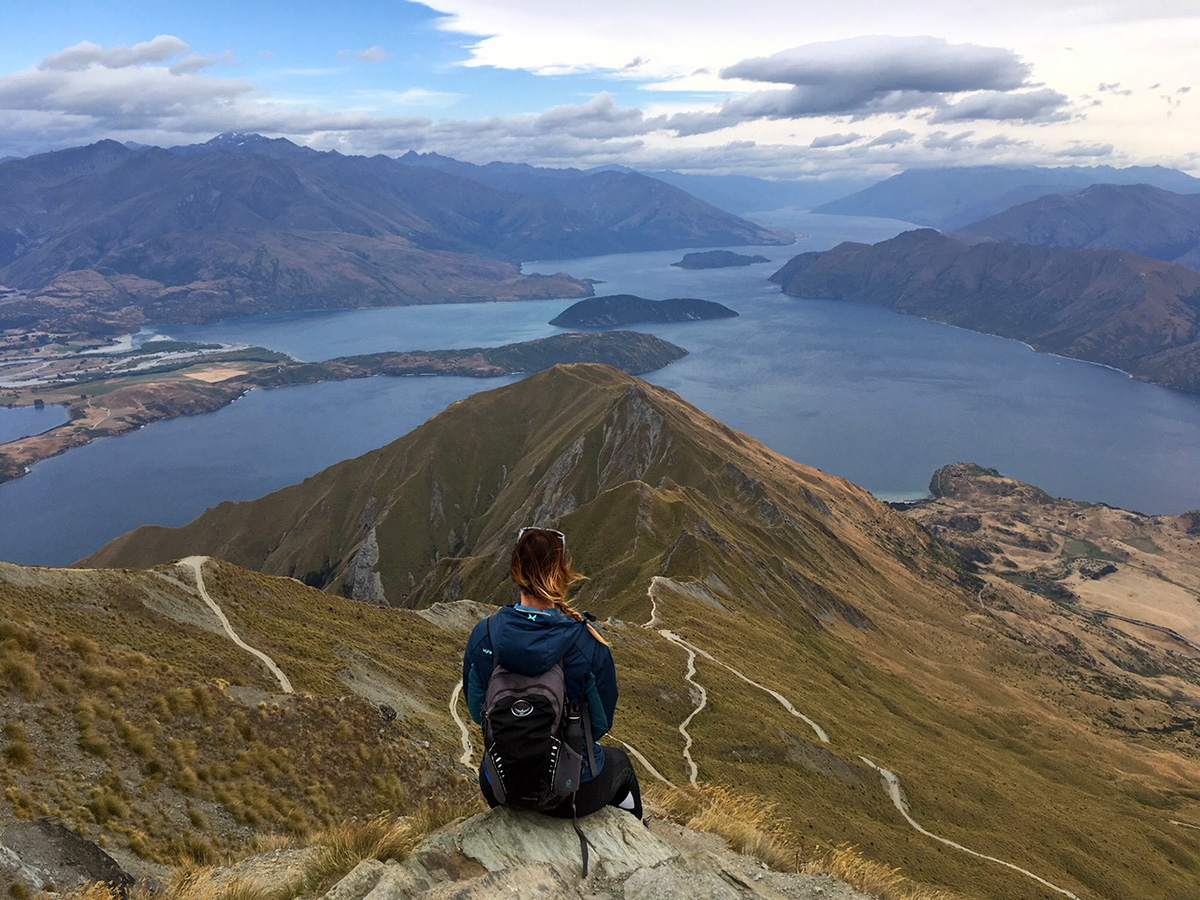 In the mean while I moved to the campsite outside of Wanaka where I basically had no mobile coverage and camped at the lake. Beautiful and stunning, yet I came to Wanaka to hike but I couldn’t. And so I decided to rent a bike for the afternoon instead. When you can’t hike, biking is another great option. However it was not what I enjoyed as much and so I decided to head onwards since being on a campsite in the Middle of Nowehere without being able to do what you really want, was not my idea of a lot of fun. I packed up my gear and drove to Fiordland National Park. 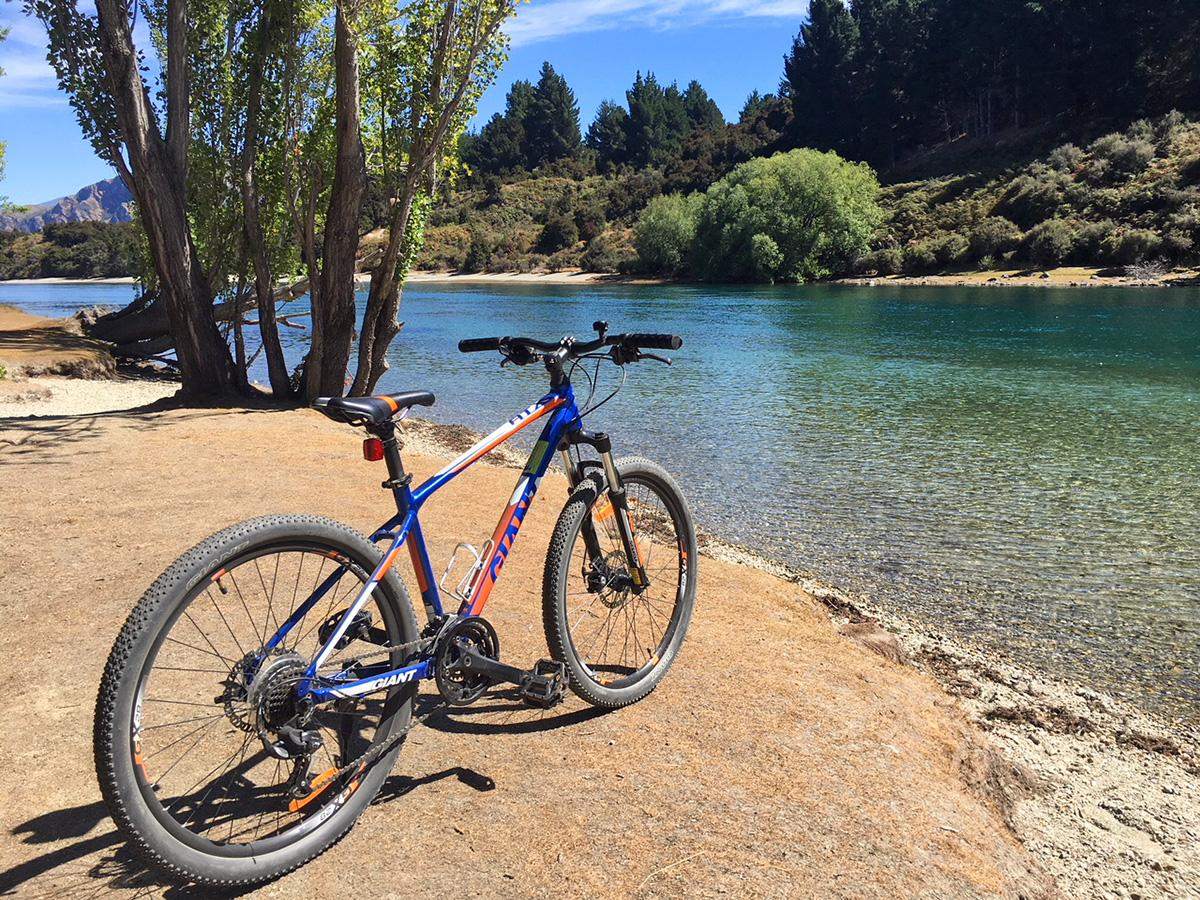 I took Red over the Milford Road and ended up on the Cascase Creek Campsite. I found a super idyllic spot but unfortunately the surface turned out to be super hard and so I was unable to get my pegs into the ground, even when using brutal force. Eventually I pitched up my tent a bit further down in the woods, a lovely spot for the next few days. I was instantly attacked by sandflies but this is something you know will happen when you get to Fiordland National Park. Here it rains for some 200 days a year on average which makes it one of the greenest places in New Zealand. That afternoon I attempted to make another hike, in my sandals this time, which went just find. I hiked up to Key Summit, a part of the Routeburn Track. It was not entirely without pain but you know me, doing nothing is just not an option. The hike was beautiful and I can’t wait to hike the entire Routeburn Track again once my friend Marieke is here in a couple of weeks. 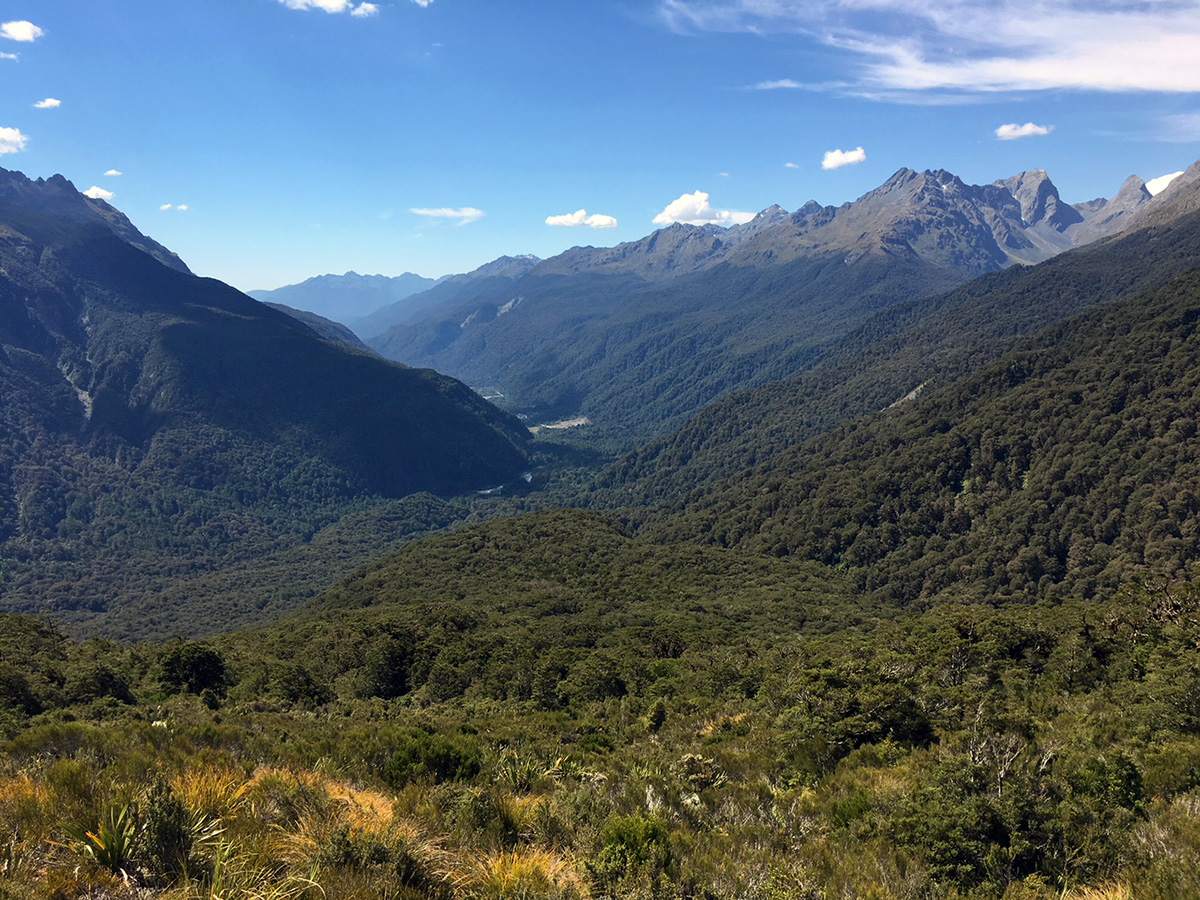 The next day I became a total tourist when I cruised around in Milford Sound, the most famous fjord in New Zealand. Upon arrival it was extremely clouded but half way during the day (after sleeping in my car for a while, as I became super drowsy from taking a sea sickness pill) I opened my eyes and the sky was almost entirely clear. It was so pretty, I’m very grateful I got to experience this, as many people never get to see the famous Mitre Peak and its surrounding mountains. In addition I hiked nearly every trek there is to be done along the Milford Road (the really heavy ones just not, because of that ankle) and I was away from the rest of the world for a while since there was no mobile connection over there. I loved it! 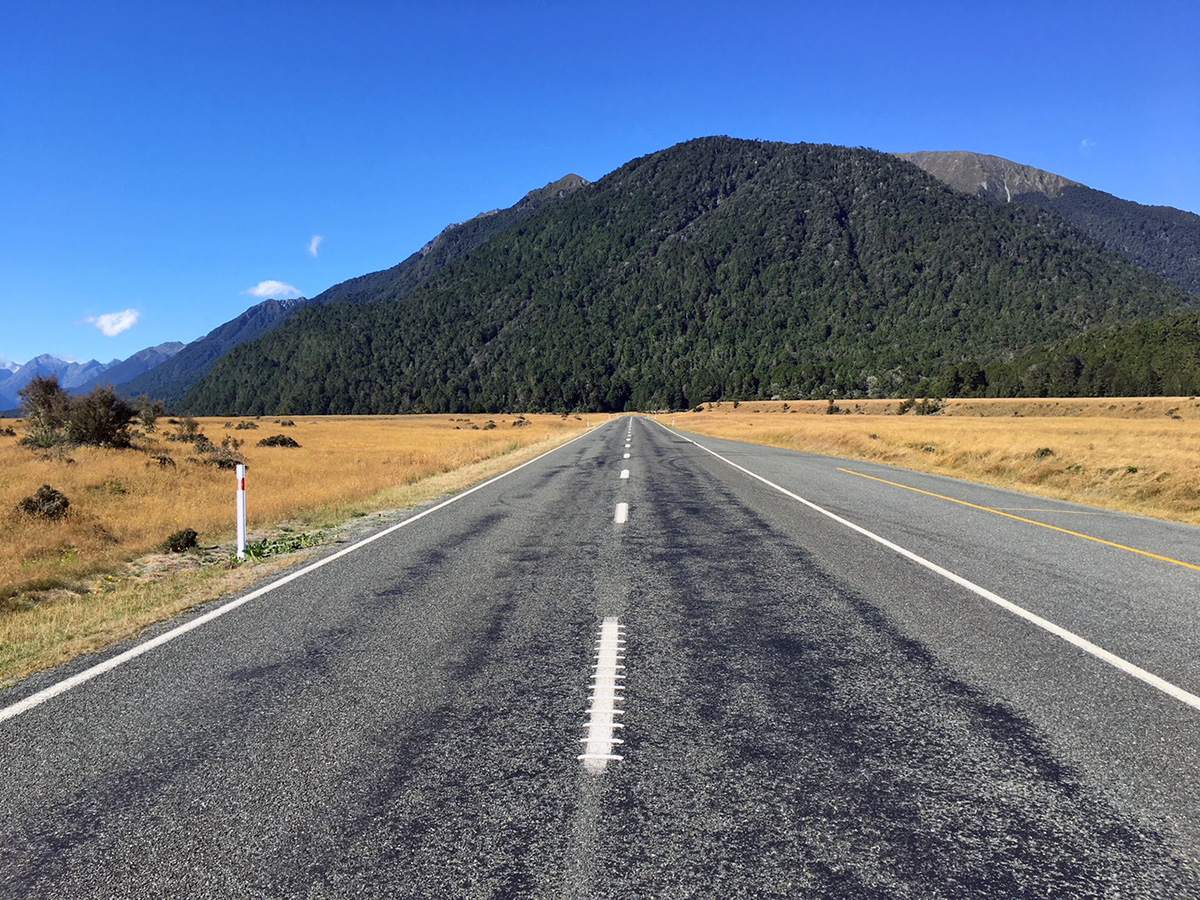 Since yesterday I’m back in the land of the living and I’m preparing for my next week to come. I’m cleaning up my inbox and have booked my next trek here in Fiordland National Park as well. It will be storming in Otago and Southland the next couple of days and so I’ll be blogging, reading and Netflixing for sure. My ankle and toe can get some rest this way before I’m about to start my trek on the Hump Ridge Track.

See you next week!