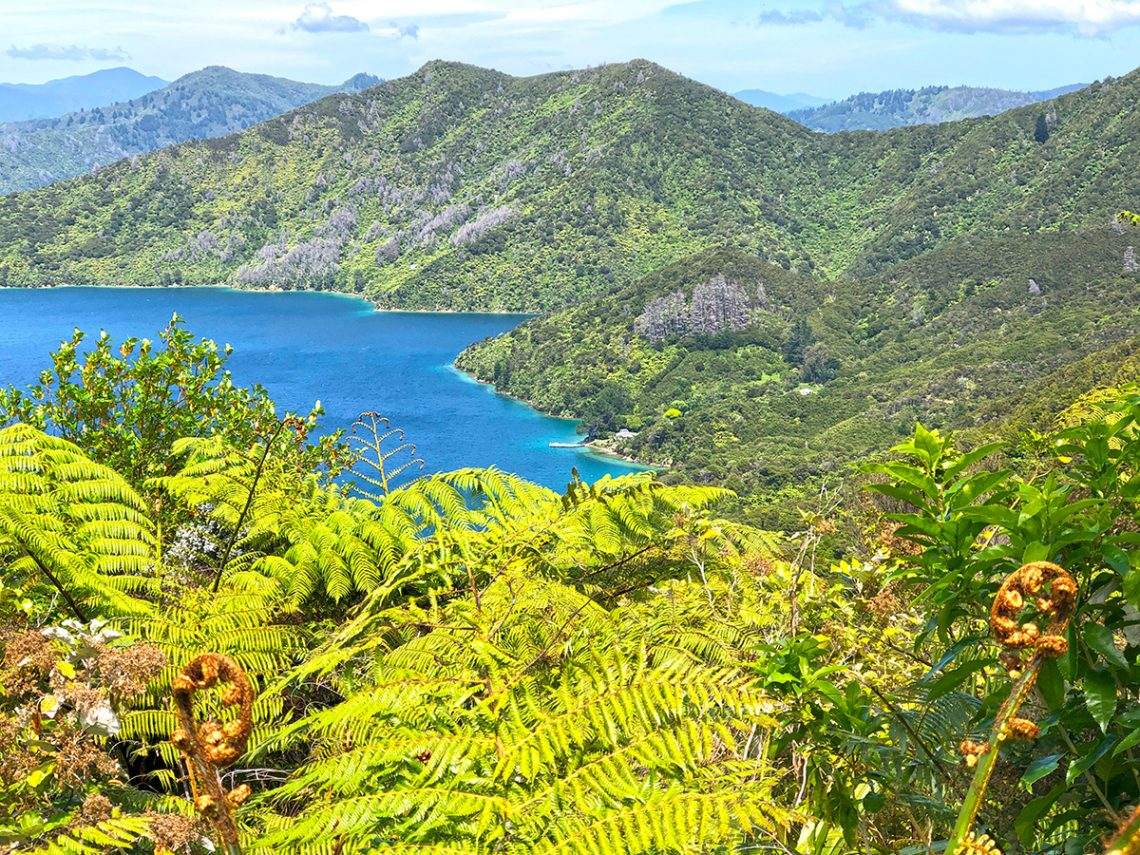 In the meanwhile I have returned home from New Zealand after an endless series of beautiful experiences. And I’ve got a pretty big jet lag too, by the way, but I have accepted the fact that this is part of the journey and that you’d better accept rather than resisting it. In this article you will read my last week report of my New Zealand trip, in which I actually did a lot in very little time. Enjoy reading!

I spent the last week of my trip traveling instead of in the Airbnb I stayed the weeks before. I said goodbye to the owners and boarded the bus to Picton, about two hours from Nelson. This is the place where the boat from the North Island arrives and also the place where immense cruise ships anchor. On the afternoon that I was in Picton, there was such a cruise ship in the harbor and that immediately makes the village a lot less fun. To be honest, I can’t remember whether it was so touristy the last time I was there, but I thought it was a bit disappointing this time.

In the afternoon I worked from the local library for a few hours and took a short walk on The Snout, or a headland through the Marlborough Sounds that you can walk to from the heart of Picton. Picton is the place where ferries from the North Island dock and for those who have already made this crossing: it is really very beautiful. I would not exactly call it a fjord landscape because the mountains are not high and steep enough for that, but the landscape is impressive anyway.

Hike on the Queen Charlotte Track

The last trail of this trip that I’m going to hike is the Queen Charlotte Track: a 71-kilometer tramping track through the Marlborough Sounds. On this track you can choose between camping or spending the night in expensive hotels. Of course I choose camping because to pay a few hundred euros per night for just a few hours in a hotel room does not really fit within my budget. The advantage is that I don’t have to carry my camping gear. You can reach the start and end points by water taxi and the ticket price includes the transport of your luggage. You just have to let them know where you intend to spend the night and the luggage will be waiting for you at the nearest dock when you arrive.

In 2011 I had already walked part of the Queen Charlotte Track so I had an idea what to expect. A well-formed and not too heavy hike with relatively long days and many beautiful views. This turned out to be quite correct, were it true that I was a bit tired of those views after four days because the landscape is not very varied. In addition, you walk large parts of the route through the forest, so you hardly have a view at times. So I have few photos of this track only.

Was it disappointing then? Certainly not, but this is the only trail of this trip that I would not hike again. If you ever want to hike the Queen Charlotte Track, then you could, for example, only do 1 day instead of all four, because from a landscape point of view there is little variation. 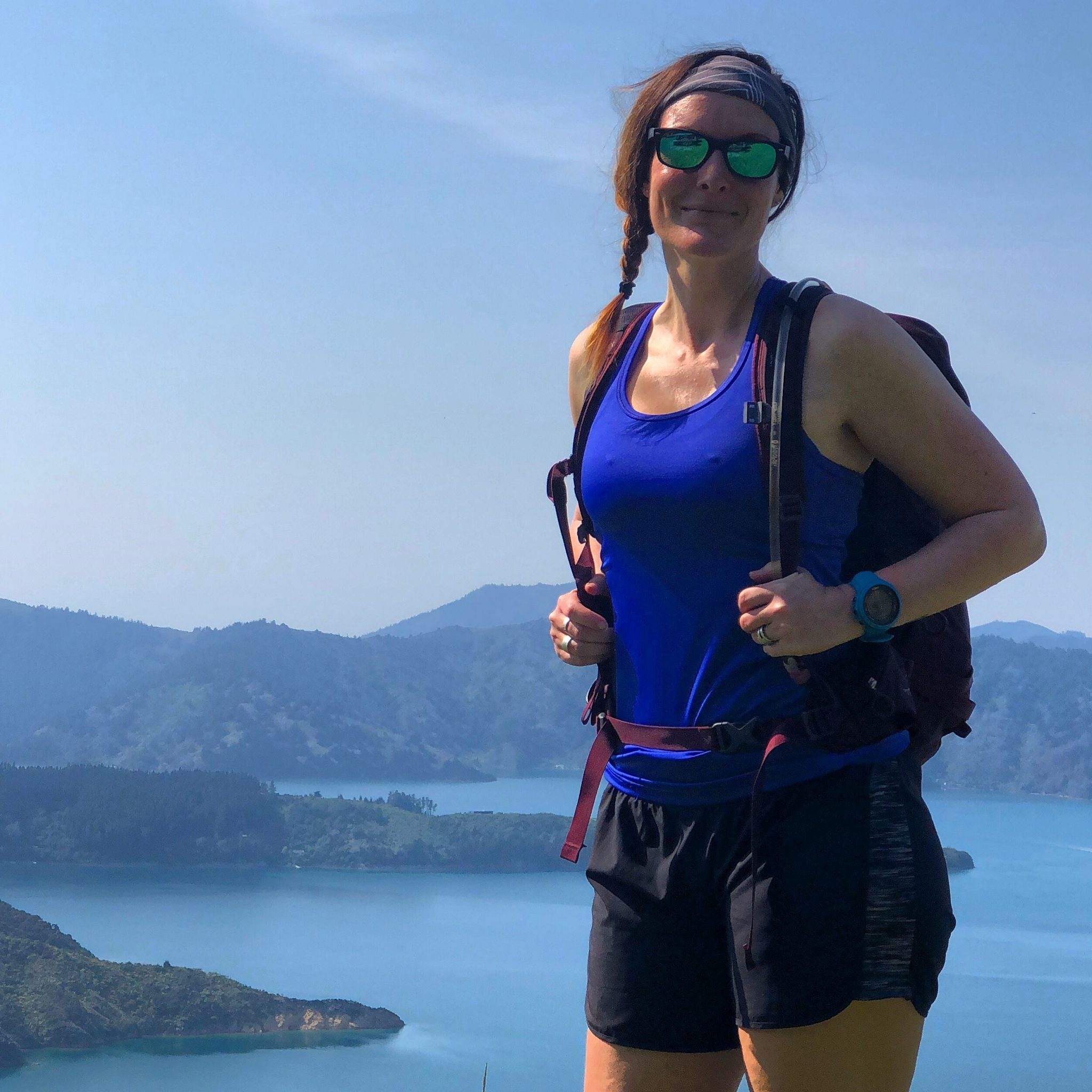 Off to windy Wellington

On the last day of the Queen Charlotte Track I have to be on time for the water taxi back (which gives me the idea that I have to hurry, which is not so bad because the indicated time was less than the actual duration) After arrival back in Picton, I catch the ferry to Wellington, the capital of New Zealand. I had not really been here since 2002 (only on my way to the South Island), but not much had changed.

My ferry arrived late at night. The next day I first slept in and then I went into town for a few hours. Wellington lived up to its name Windy Wellington because I was almost regularly blown away by the huge wind blowing. I respect the people living in Wellington that they choose to live in this climate, because in addition to being always windy, it is usually gray and rainy.

In Wellington I took the Wellington Tramway and walked back to the city through the beautiful Botanical Gardens. I spent my afternoon at the Te Papa Museum, the national museum of New Zealand. There are no less than five floors with all kinds of exhibitions, from volcanoes to birds and from Maori art to motorbikes. I walked around for about three hours and thought it was very nice. However after three hours I’d had enough and decided to head back to the hotel. If you are every in Wellington, make this your number one priority! 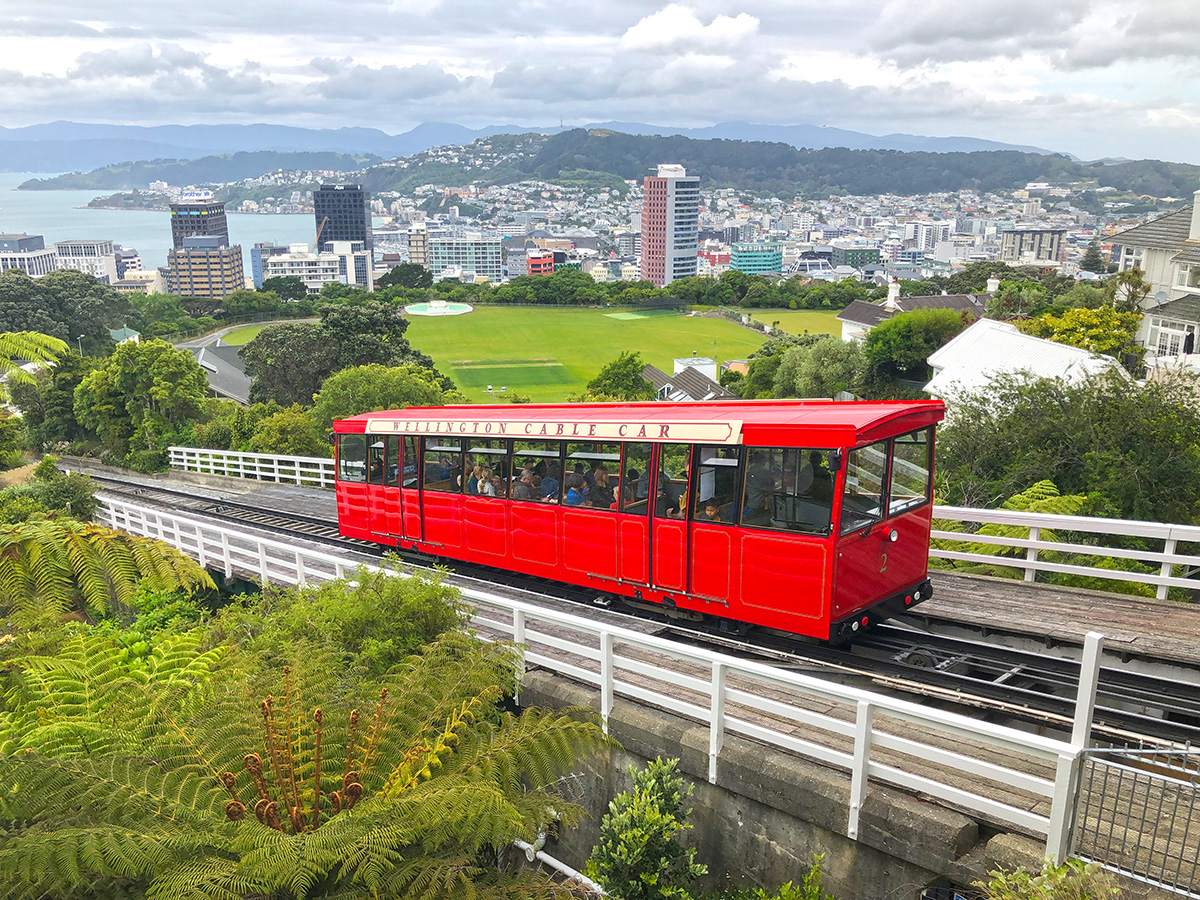 Catching the bus to Auckland

The last part of my trip brought me to Auckland. From Wellington I took the InterCity bus to try what their service would be like. It was a special journey in which the driver provided a good dose of fun and humor on the way. A bus trip of almost 12 hours is of course not really inspiring, but it is moment for me to do nothing. In other words, I have only listened to podcasts and took a bit of a nap.

Once in Auckland I was picked up at the bus station by Murray Clark and his wife Joy. I met them last year when I was in Auckland, and this time they invited me to their home. They live in the Waitakere Ranges just outside Auckland and on my last day in Auckland they showed around the city. In the morning I visited Mount Victoria from where you have a beautiful view of downtown Auckland and in the afternoon I wanted to go to One Tree Hill. Unfortunately it was pouring with rain and I left the sightseeing for next time and packed my things for the next morning. 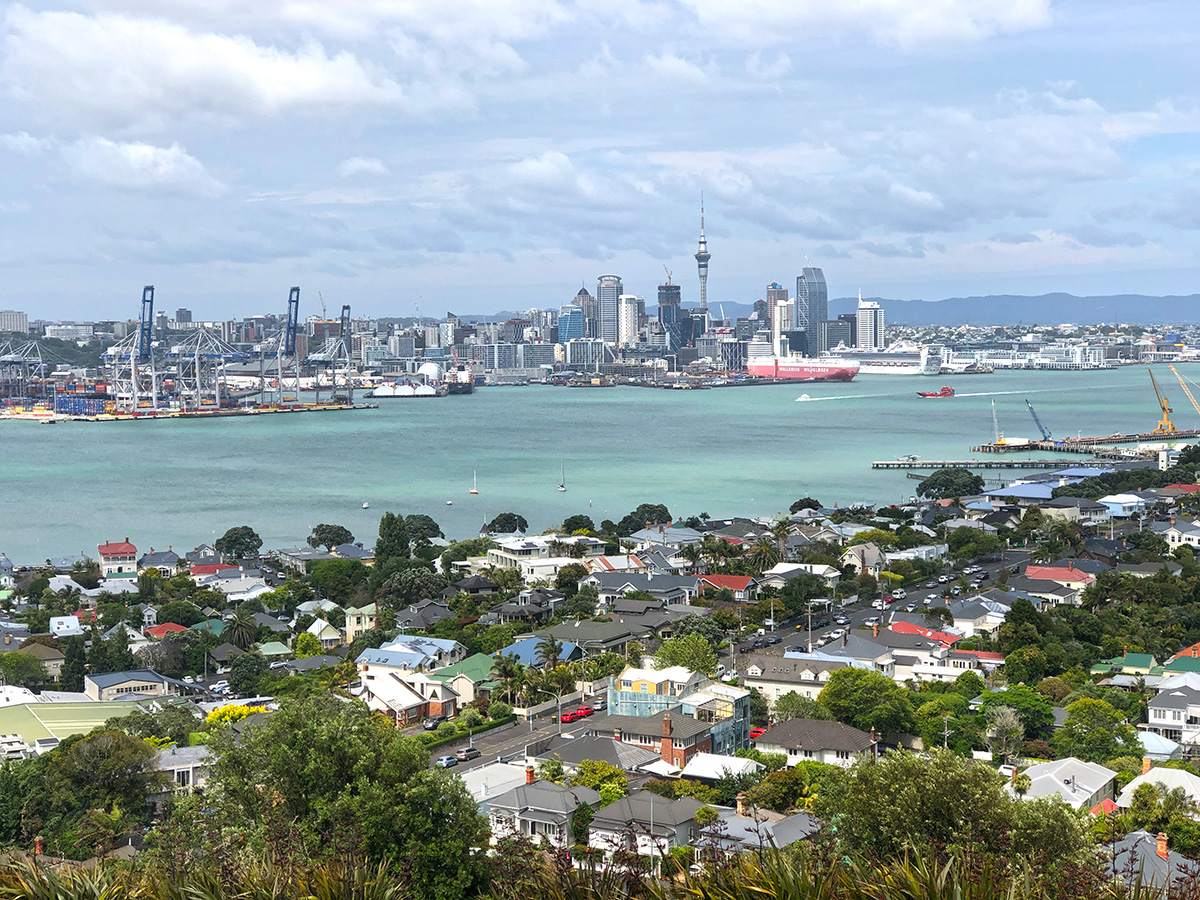 The next morning I was picked up at 6:20 am for the transfer to the airport. The first flight to Seoul was quite bumpy and uncomfortable, the flight with KLM was fine and I almost only slept on that stretch of the journey. Upon arrival at Schiphol, David was waiting for me with coffee and croissants and at 6:20 am, exactly 36 hours after my departure from Auckland, I was home again. 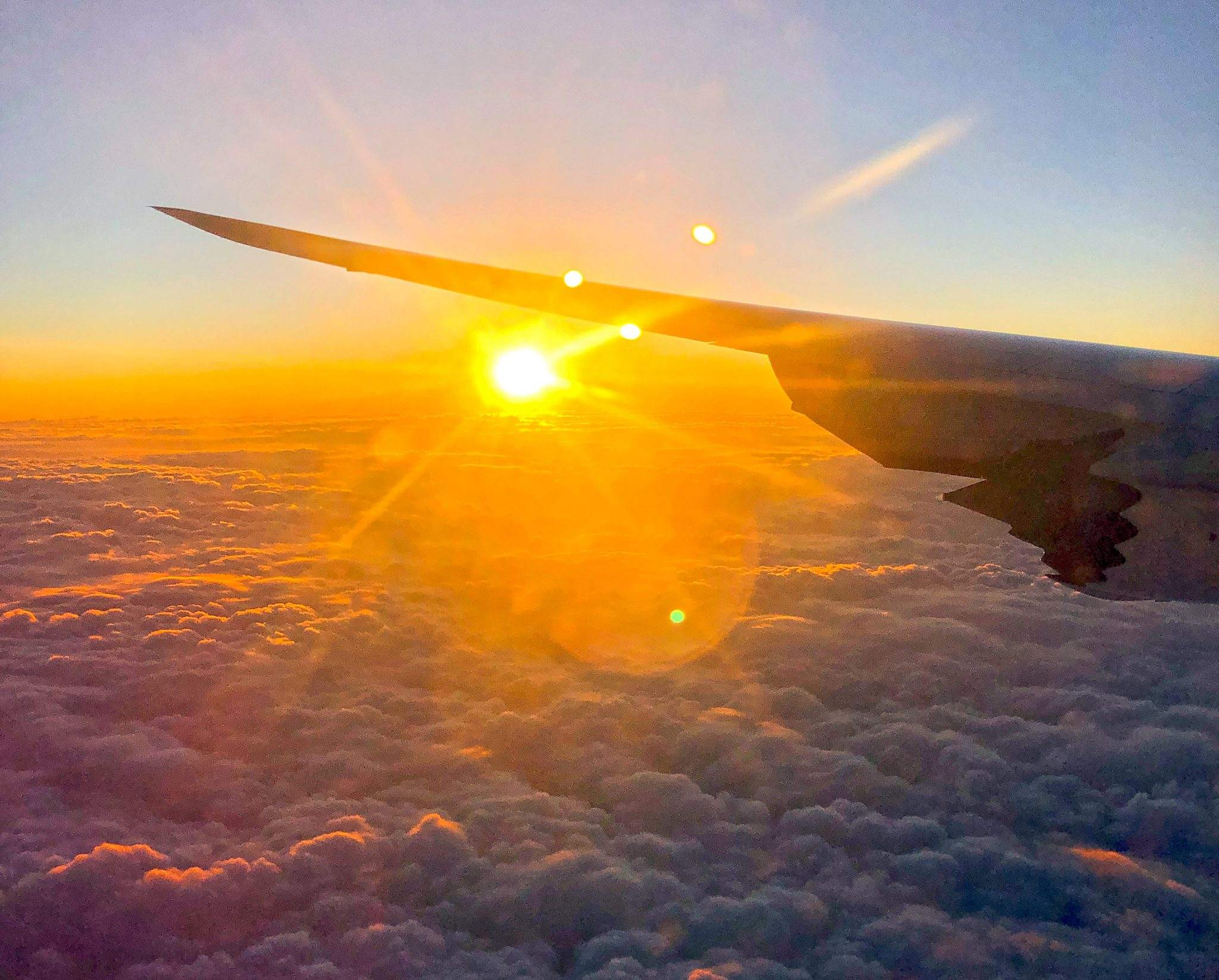 What will you do now?

This once again special trip is over and the next two weeks I will be in the Netherlands to see friends and family again, to work and to recover from this adventure. During the holiday season, David and I are going to unplug in a tiny house in Sweden. We’ll read a lot, sit by the fire and take a few walks if the weather allows it. In January I have also planned two winter trips (Austria and Finnish-Lapland) so I will certainly not be bored for next while.

I hope you enjoyed my New Zealand stories. Of course there are many other blogs about this trip that will be more about the treks and such. For now I want to thank you for all messages, whatsapps, mails and such that I received during the trip. I have not been able to thank everyone personally and / or respond to everything, but know that I have greatly appreciated that you have been so engaged during this trip! The coming period I will take a break from social media, but I hope you will have a very nice December month!