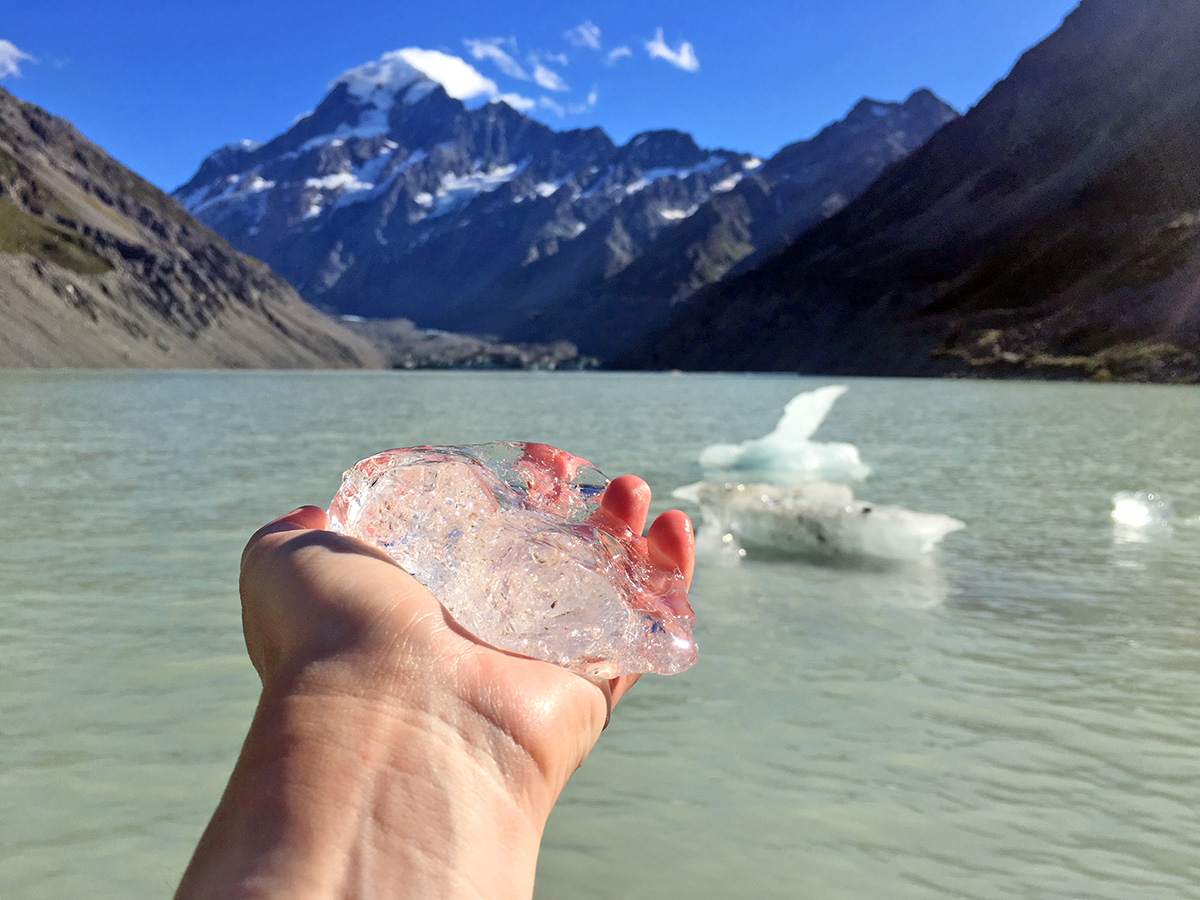 It’s time for my fourth weekly update from New Zealand. It has been a month since I arrived and I’ve now traveled all the way down south to Wanaka. It wasn’t all according to plan, but sometimes things just go differently than planned. Curious? Then make sure to continue reading. New on this blog? Then make sure to check out my previous weekly updates as well!

I ended my previous weekly update in Hanmer Springs, where I had just arrived. As opposed to many other towns in New Zealand, this is not your typical backpacker place. Which is fine by me, because I noticed that I’ve rather outgrown that way of traveling. I still sleep in hostels occasionally, in dorms most of the time, but this only has to with the cost rather than the need to meet new people. Plus every now and then I need to charge all my electronics and am craving a hot shower of course. In Hanmer Springs I had a really nice hostel, run by a Japanese/Dutch couple. It was super small and cosy and if you ever make it to Hanmer Springs, make sure to head to Hanmer Backpackers! Here in Wanaka I’m stuck between partying backpackers, but since this was the only place available, there was not much of a choice. However after three nights without electricity and showers in Mount Cook, I was in the need for that. Tomorrow I’m heading towards a campsite somewhere down at the lakeside, far away from everything.

In Hanmer Springs I basically just took it very easy. I worked, went to the hot pools (totally worth the money!) and made a few short hikes. Here I also challenged myself to hike for at least one hour every day from now on, no matter how tired I am. In Hanmer Springs I hiked up to a waterfall and climbed Conical Hill. No major treks, but it was a great spot to relax for a while, blog and read my book. 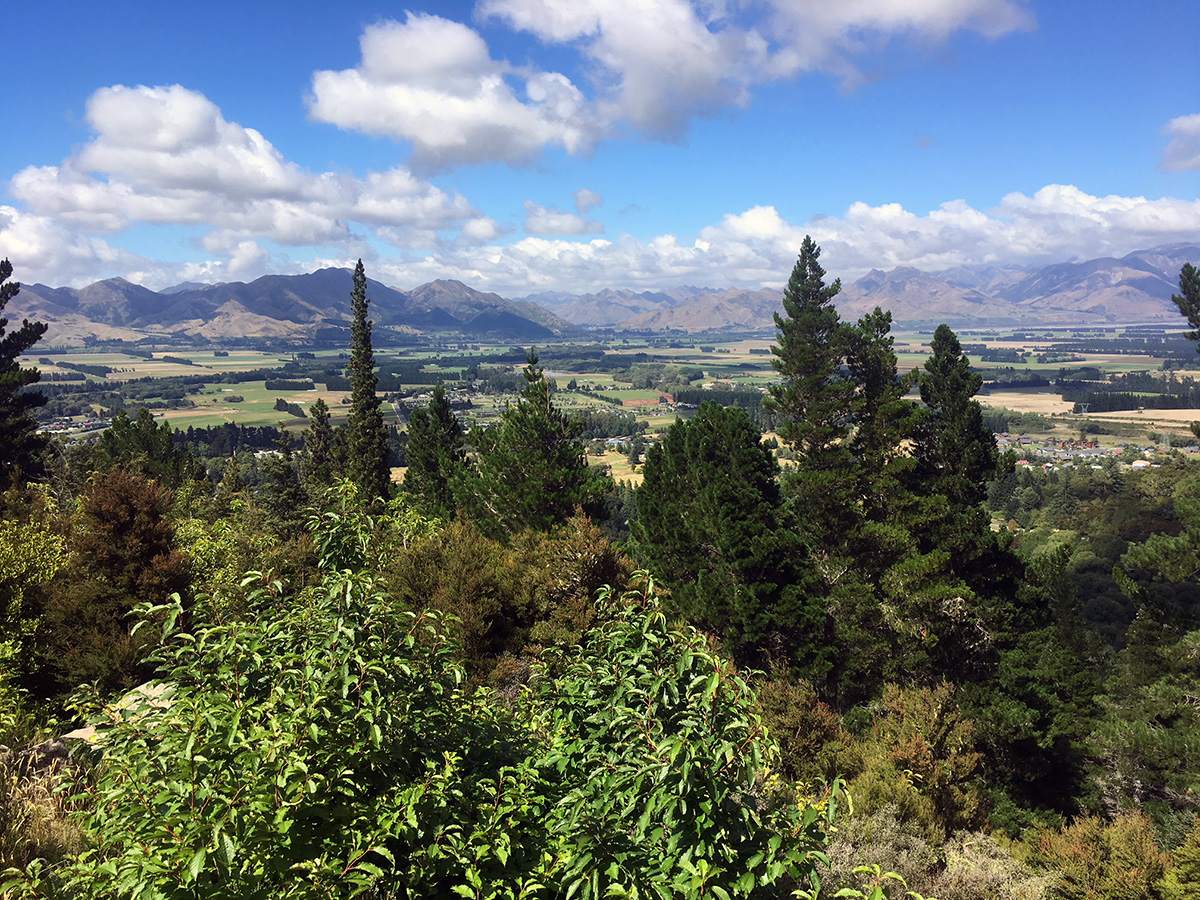 From Hanmer Springs I drove down to Christchurch. It’s just about 2.5 hours driving, but unfortunately after 30 minutes on the road, I realized that I’d left my food in the kitchen hostel. And so I turned around and drove back to pick up my food. Such a thing only happens once I think and I was happy that I hadn’t made it all the way to Christchurch yet. So by the end of the afternoon I finally arrived in Christchurch where I stayed overnight in a former jail. At first I thought it was really cool because they paid a lot of attention to details. However when I first tried the bed I got a little sad as I felt the iron in my back. Not recommended, or I may just have been unlucky.

In case you hadn’t heard it yet, Christchurch was hit by a gigantic earthquake back in 2011, the epicenter being quite close to the city center. The inner city was almost entirely destroyed, including the cathedral, one of New Zealand’s most important historic buildings. The damage was huge and the city center was closed down for a whole year. For this reason I didn’t visit Christchurch on my 2011 New Zealand trip, however this time I felt it would be good to go back and see the city again. When I got there it broke my heart because there is still a lot of evidence left by the earthquake, yet I also felt that the government is working really hard to make the most out of the city again and within the next five years or so, it will be an awesome place once again. And so I ended up walking through the city with mixed feelings, visiting the Re:Start container mall as well as the beautiful Botanic Gardens. I’ll also be writing a full blog dedicated to Christchurch and why it’s still very much worth a visit later on! 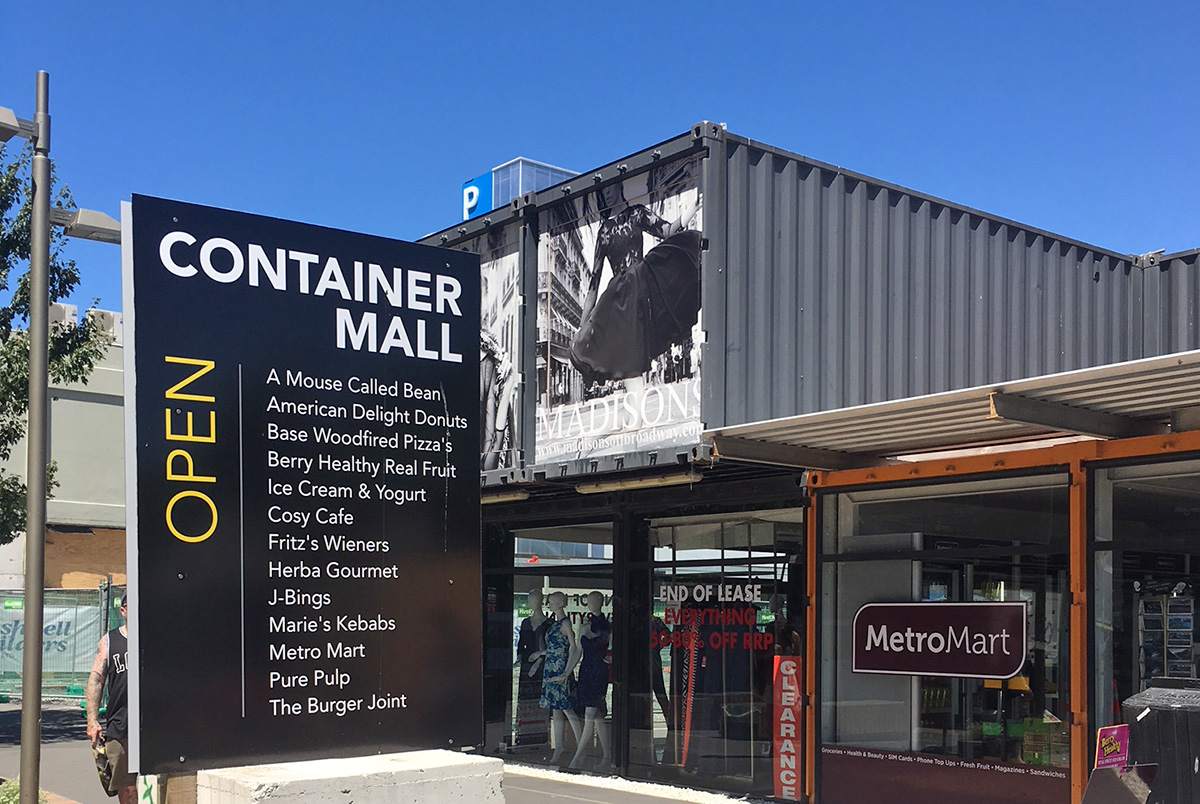 After my visit to Christchurch it was time to head back into nature and so I drove to Aoraki / Mount Cook National Park. Aoraki is the Maori name for Mount Cook, New Zealand’s highest mountain, and means something like ‘cloud piercer’. Back in 2011 I was here too but my stay back then was actually too short to see everything I wanted to see. And so I decided to head back again. Upon my departure from Christchurch it was cloudy and gloomy, yet once I made it to the mountain pass, I saw blue skies in the distance. And … the Southern Alps, which are the most beautiful mountains in the world, at least for me. It’s super impressive to see them rising up from the ground just like that right in front of you and it made me a little emotional just for a few moments. I made a few stops along the way, such as on Lake Tekapo and Lake Pukaki, before I arrived at my campsite called White Horse Hill. Here most campers pitch up their tent on the field next to the parking lot, however I decided to walk down just a bit further and pitch my tent up where I had a great glacier view. And so I ended up spending quite a bit of time on my camping chair, enjoying the view of the mountains. Unfortunately, those glaciers have receded quite a bit over the past few years, a global phenomenon that I’ve seen happening all around the world. So it wasn’t all that unexpected, yet still a little sad to see. Some of the glaciers even seemed to have almost disappeared. Such a waste, really! 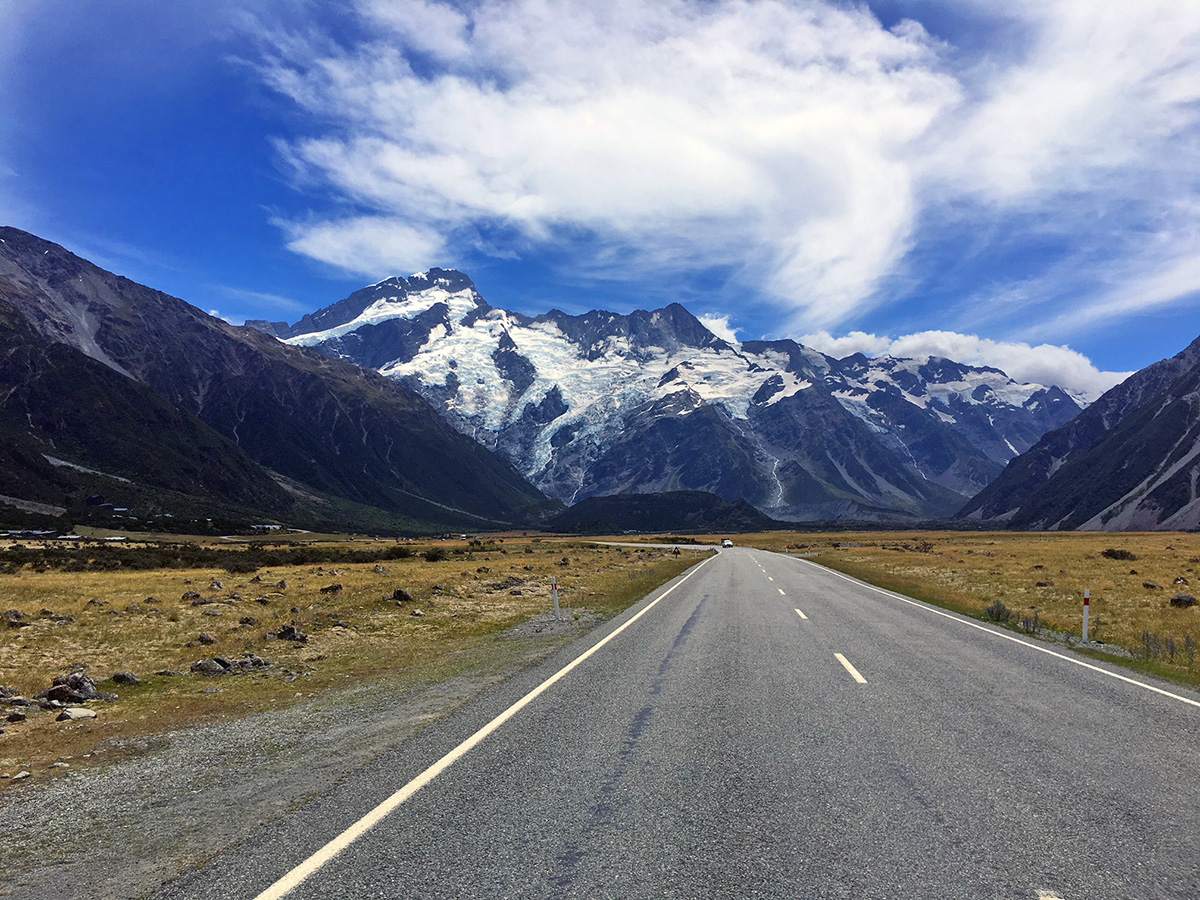 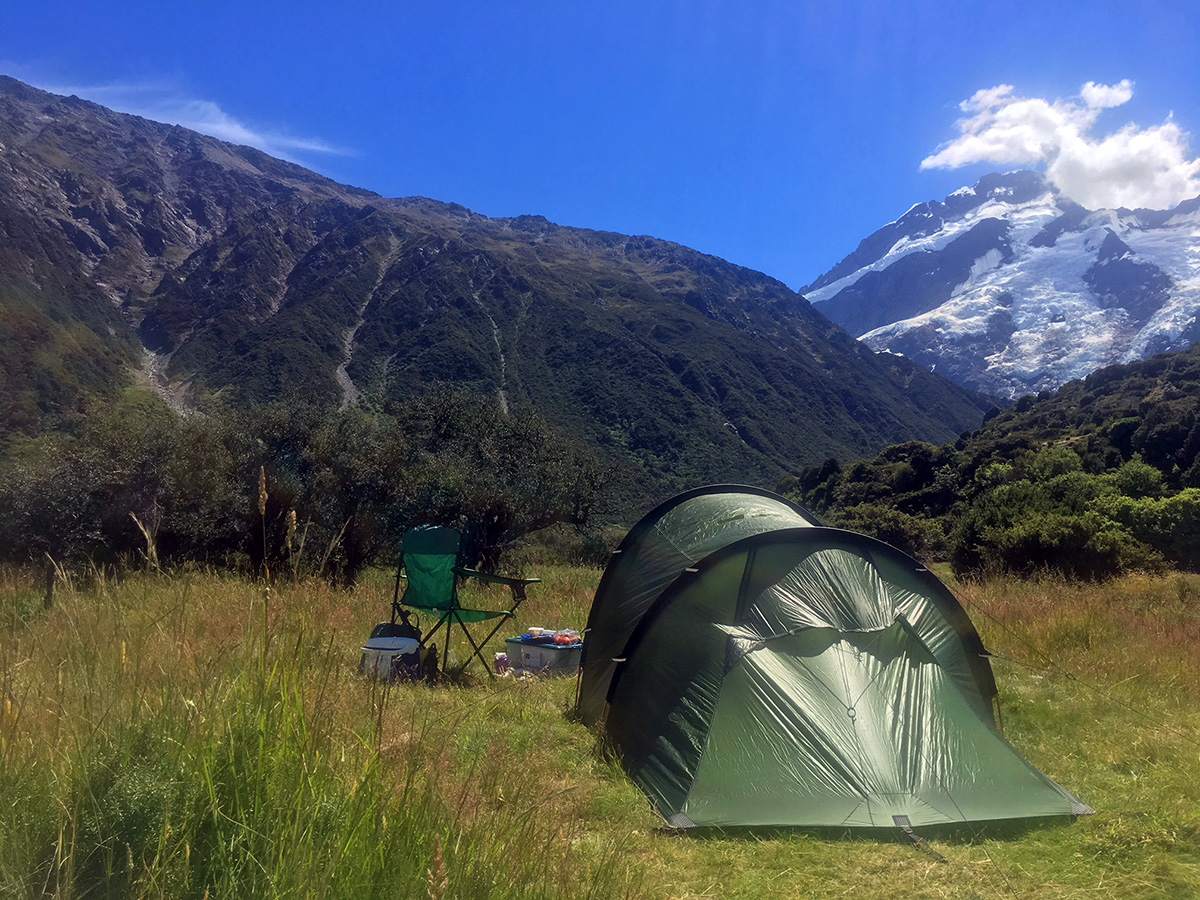 In Aoraki / Mount Cook National Park I hiked various trails to amazing viewpoints, lakes filled with icebergs and alpine meadows. The weather was quite awesome which caused my pollen allergy to get worse again. On my last night at the campsite my eyes got all infected and my nose kept on running like a glacial river and so the first thing I did when I made it to Wanaka is spend a small fortune on allergy pills, which have been quite useful so far. 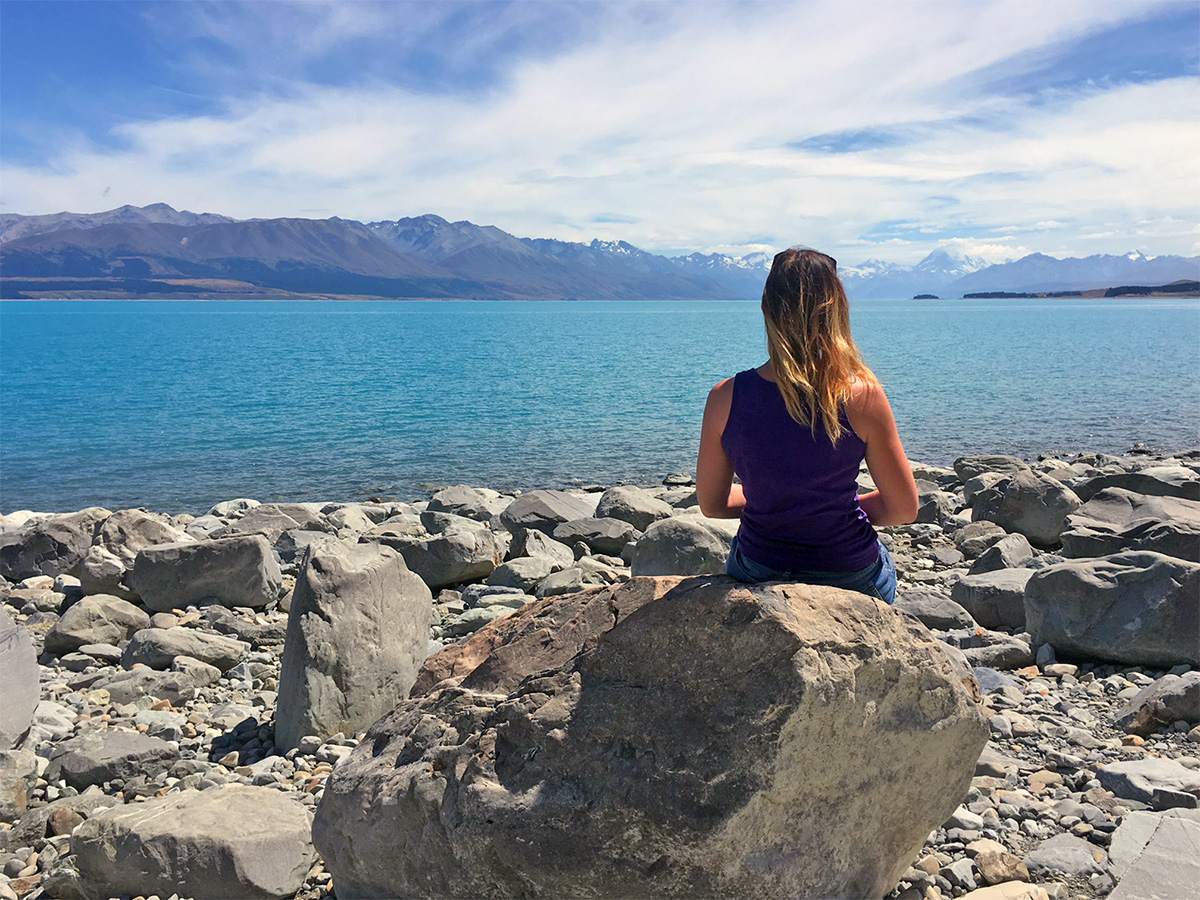 By now I’ve arrived in Wanaka. My original plan was to head to Queenstown, but I couldn’t find any affordable accommodation. All hostels were fully booked and campsites are more than 50 dollars a night. For a piece of grass. I don’t think so … and so I went to Wanaka instead. My plan is to stay here for about a week, before I continue my journey down south.

My first month in New Zealand is a wrap and although I’ve had some minor mishaps, I couldn’t have asked for a better way to start my journey. Stay tuned for more updates!