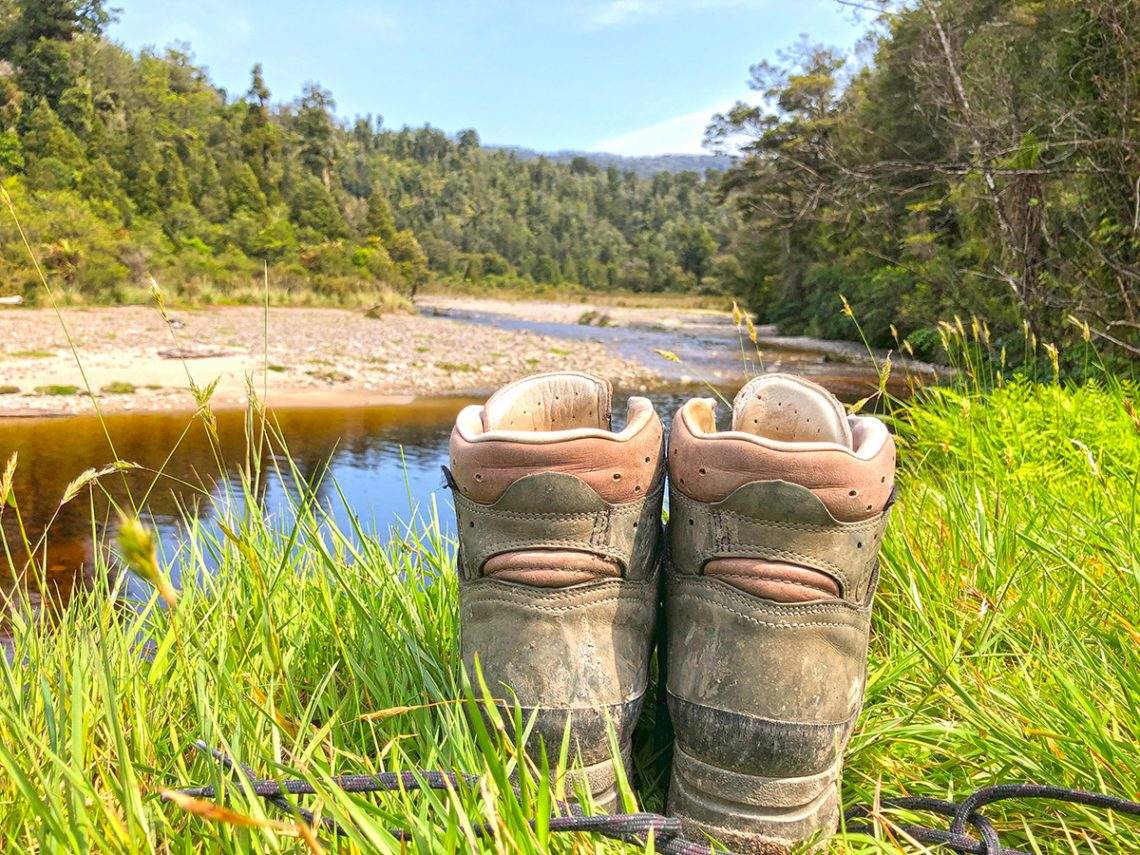 I’m a bit behind with the weekly reports in this blog you’ll find all about week 3 in New Zealand. In this week I was still in Nelson and I walked The Heaphy Track, one of the Great Walks of New Zealand. There are now ten so-called Great Walks in New Zealand, the most extraordinary hikes in the country. Or at least, that’s how it is described. Characteristic of the Great Walks is that they are relatively easy to do (if you’re an experienced hiker, that is), you can spend the night in huts, you have to book them in advance and that the paths are well maintained. With the Heaphy Track there I have now done six, or actually seven because in 2020 there will be a new trek that I ran in 2018: the Hump Ridge Track. Because the Heaphy Track lasts five days, this entire article is dedicated to this track. Enjoy reading! 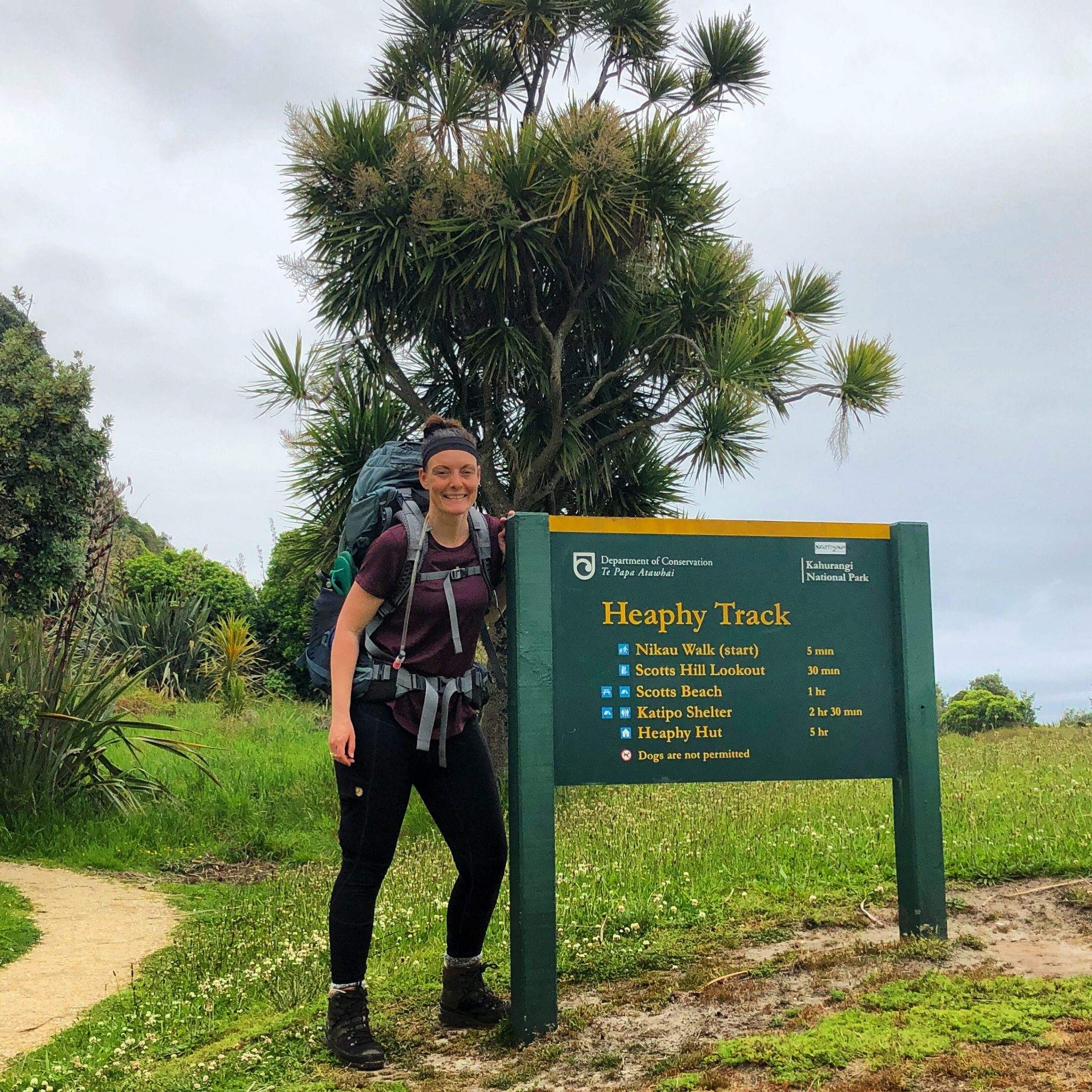 To the start of the Heaphy Track

The Heaphy Track is one of the least walked Great Walks of New Zealand. As the start and end points are more than 400 kilometers apart, it is too too much hassle for many people to arrange transportation. In addition, both the beginning and the end point are quite a distance from civilization and you will therefore not find many day trippers on this hike. In other words: the perfect conditions for this trail. I start my journey again in Nelson, where I board the Heaphy Bus to Brown Hut, the start of the track. After a few hours of bumping I am literally dropped in the middle of nowhere. In the same bus are two American ladies and a group of New Zealand friends, who leave immediately upon arrival and so I don’t see them anymore. 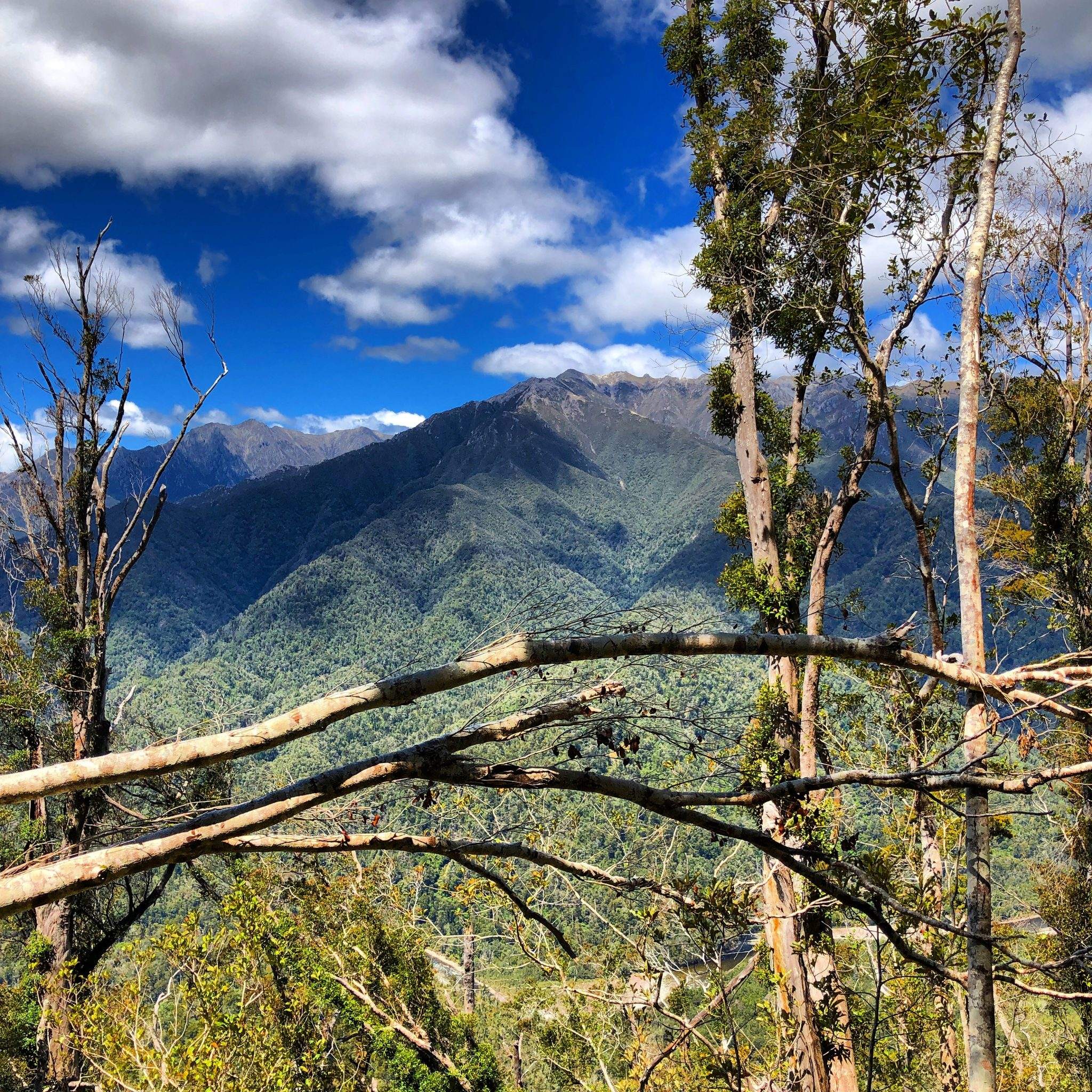 The only way is up!

On the first day I mainly have to climb a lot, from 140 meters to over 900 meters above sea level to be precise. As this track is also suitable for mountain biking, the trail is never really steep and it climbs fairly gradually. I usually walk through the forest and after a good six hours of climbing I arrive at the first hut. Although it was relatively quiet on the track, I seem to be one of the last and I quickly look for a bunk.

The first day was a lot of walking through through the forest, which was not very interesting. Occasionally there was a peek through, but the landscape only became really beautiful from day two, just above the tree line. On days 2 and 3 I only walk 3.5 hours a day, because otherwise I’d be one day early at the end point. The bus only goes back to Nelson once a week and I don’t want to have to wait a day at the end. Those short days are fine really. The weather is nice and I spend my afternoons hanging out on the decks of the huts, reading and enjoying the sun that shines. 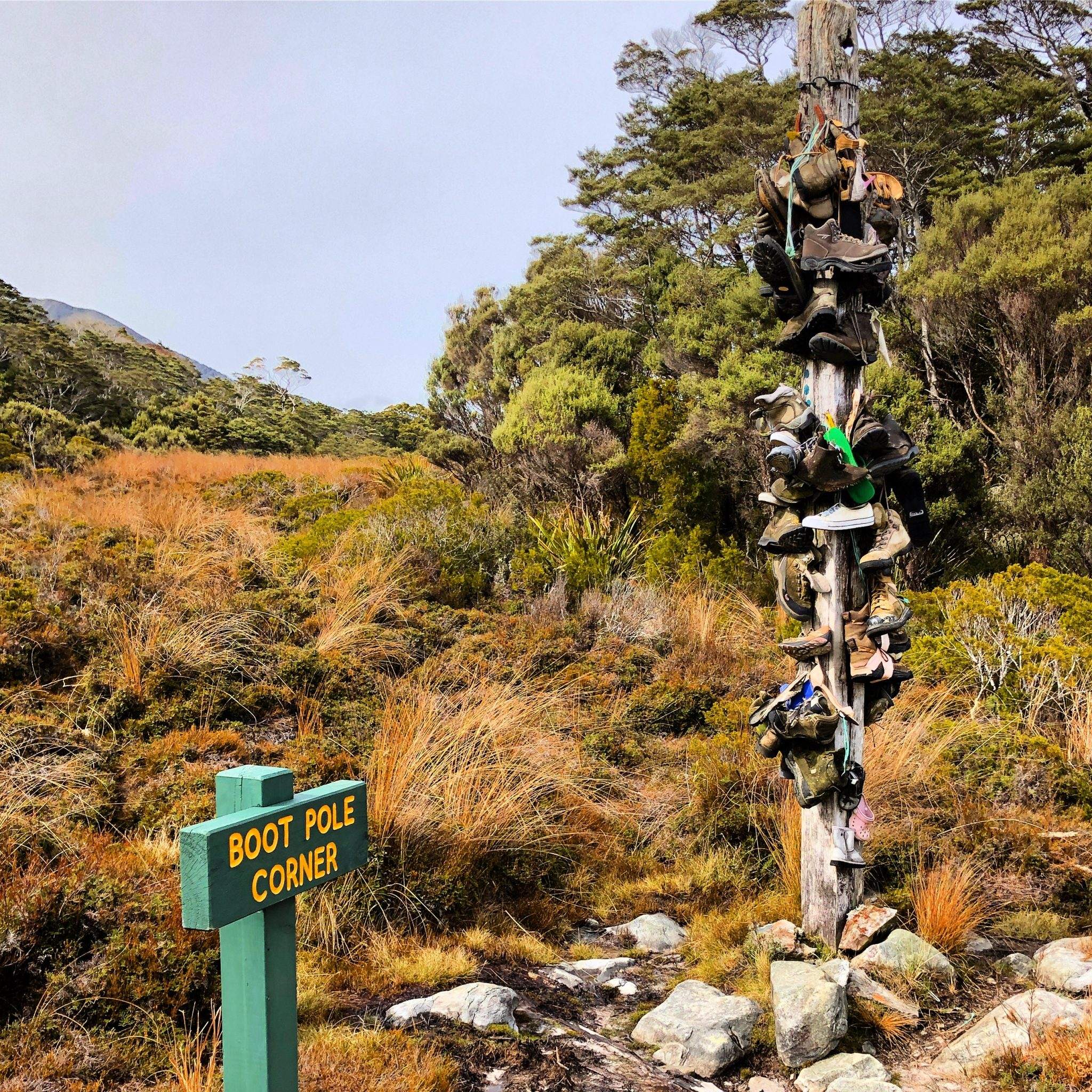 I also meet two takahe, endangered birds that have been released here in the area. Saxon Hut’s hut guard tells me that all takahe have an antenna so that they can be monitored from the center in Te Anau, which is trying to make the takahe live again in New Zealand nature. The birds are hanging around the hut all afternoon and that turns out to be special, later I hear from others that they have not seen them and that we (= me and the American ladies with whom I share the hut that night) are very lucky to have seen them! 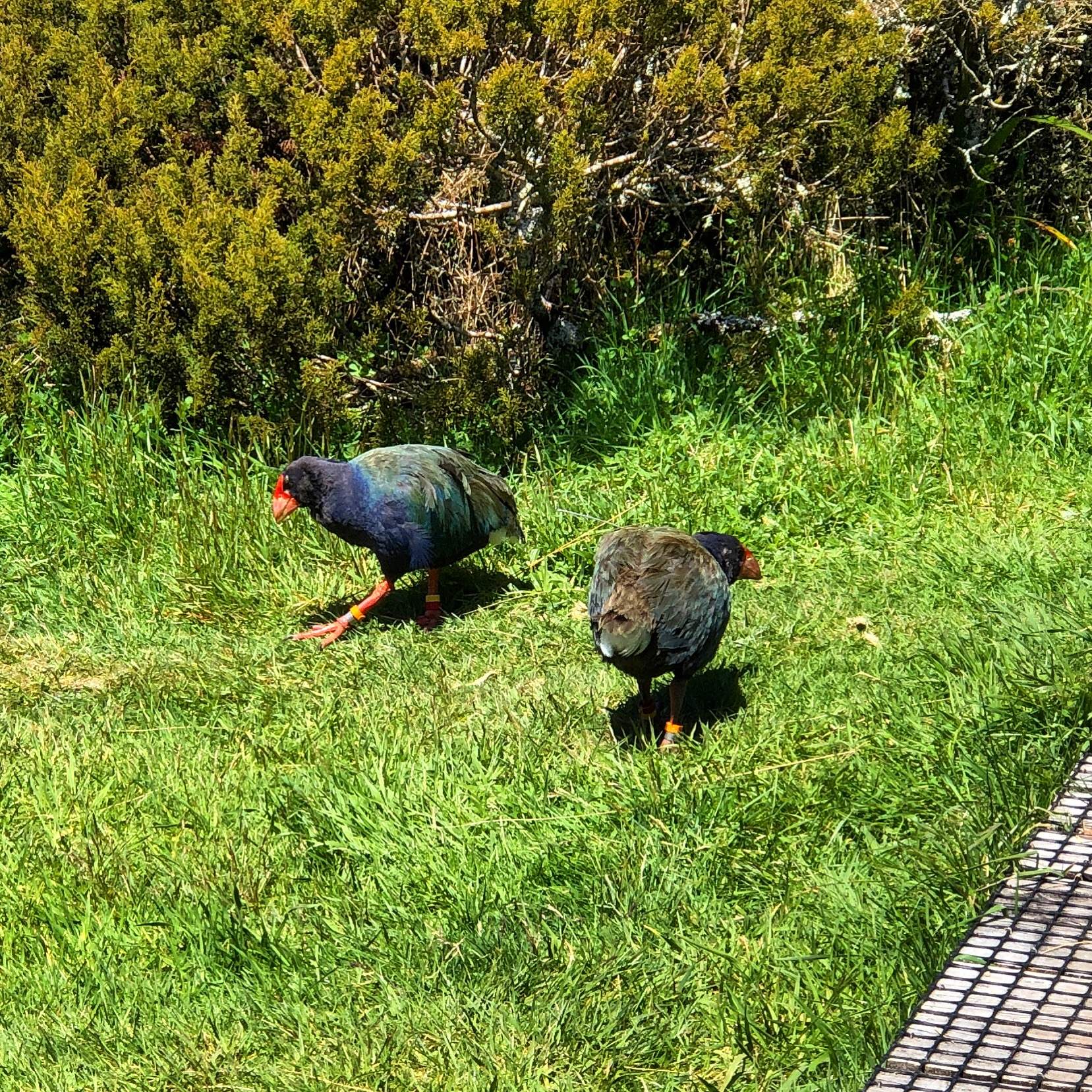 The James Mackay Hut is by far one of the most beautifully located huts I have ever spent the night in New Zealand. It is located just near the tree line and offers good views over the surrounding mountains and in the distance the Tasman Sea and the mouth of the Heaphy River, where I will hike later this trip.

From the hut I make the climb to Mount Otepo, a steep and slippery undertaking of half an hour. Once at the top the effort proves to be well worth it and I have a beautiful 360 degree panorama over the mountains. 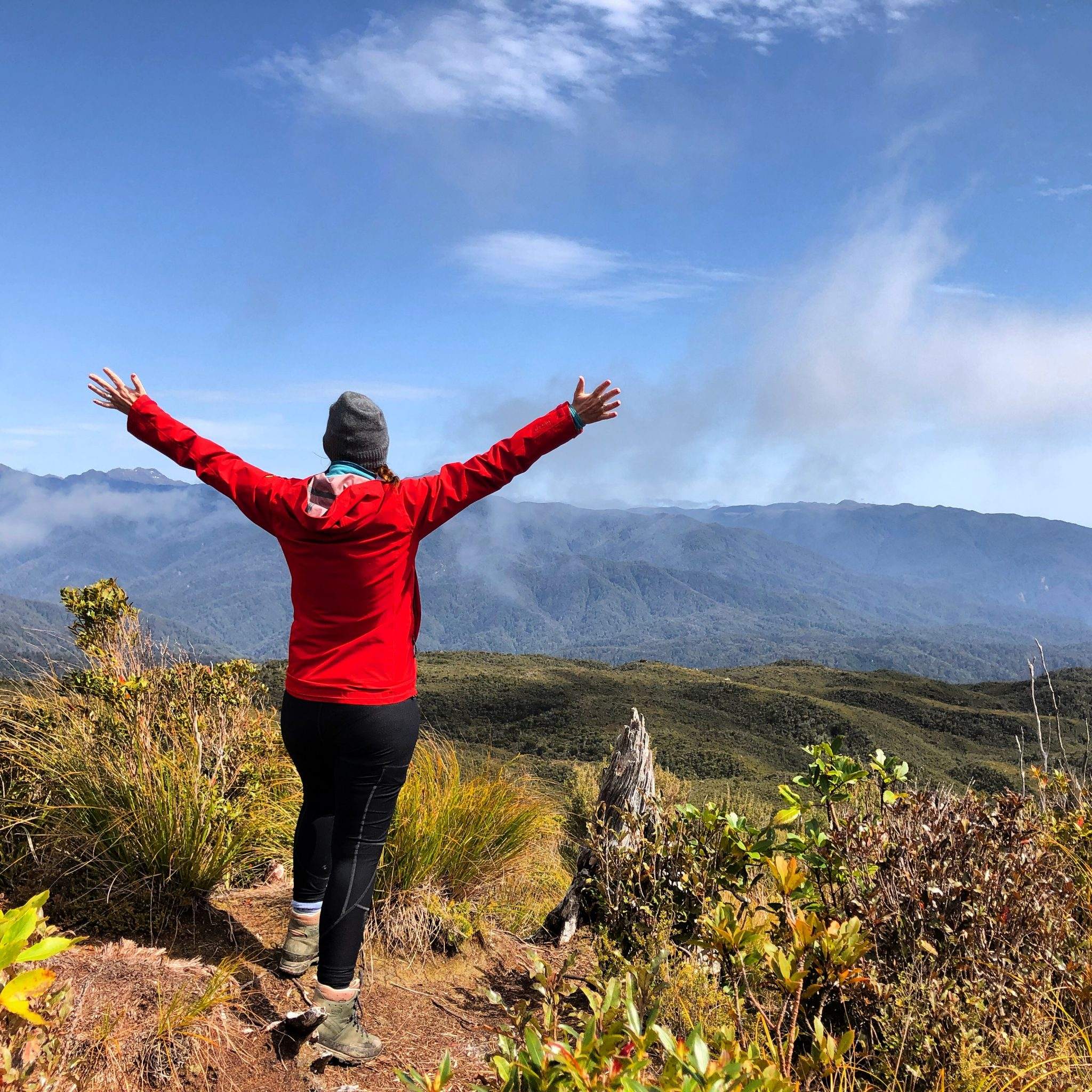 Off to the sea

From here I descend back to sea level in about six hours, to the Heaphy Hut. A beautiful hut but surrounded by sandflies. Although the view is really beautiful, sitting outside is almost impossible without being stung. Despite my attempts cover up fully and use repellent, the sandflies still find spots to bite me, for example on my palm and just below the strap of my watch. As I have slept badly for a number of nights, I try to get some sleep that afternoon while my bunkroom is still empty.

Today I also walk across New Zealand’s longest suspension bridge made by Department of Conservation, which is over 146 meters long. So cool and definitely a highlight of the Heaphy Track. 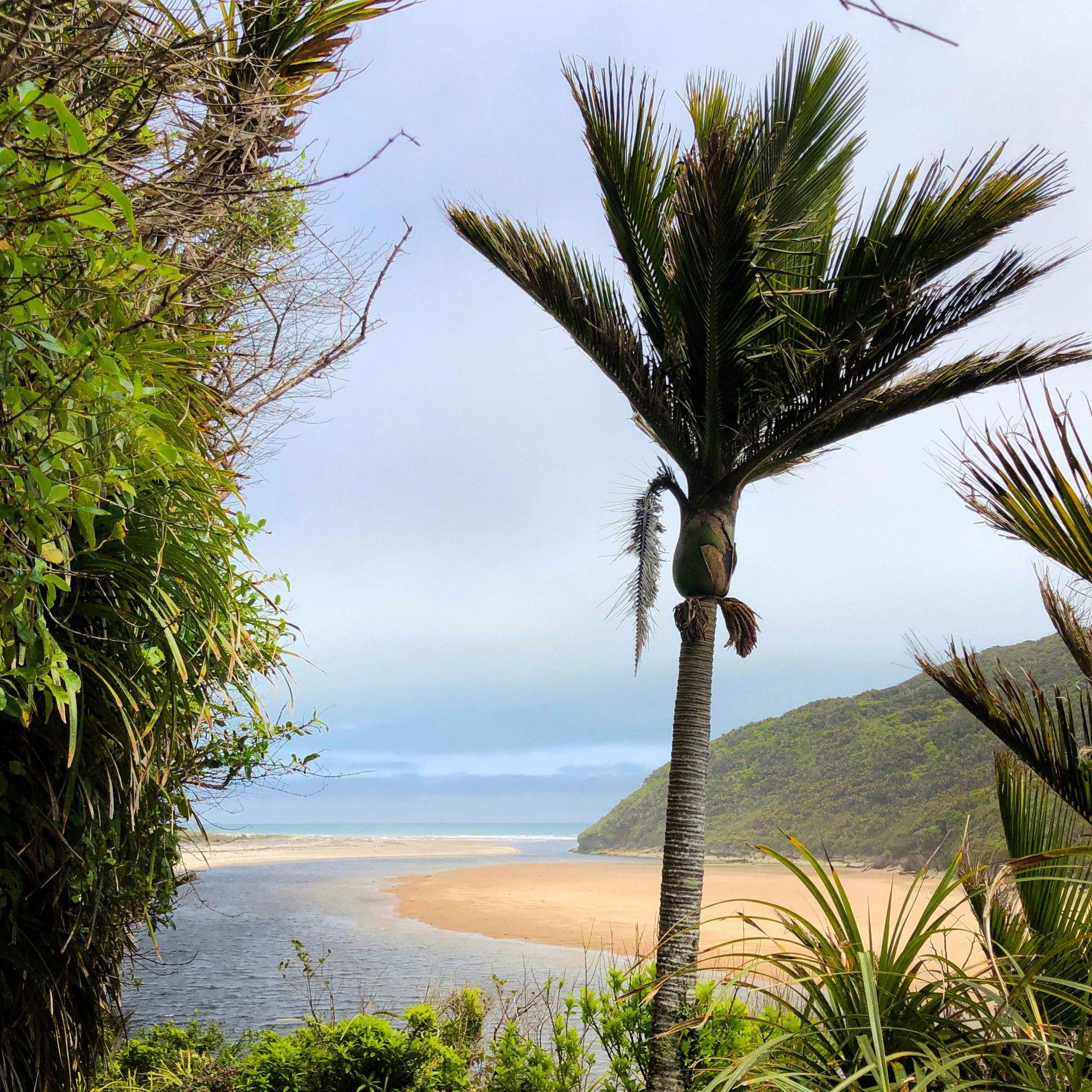 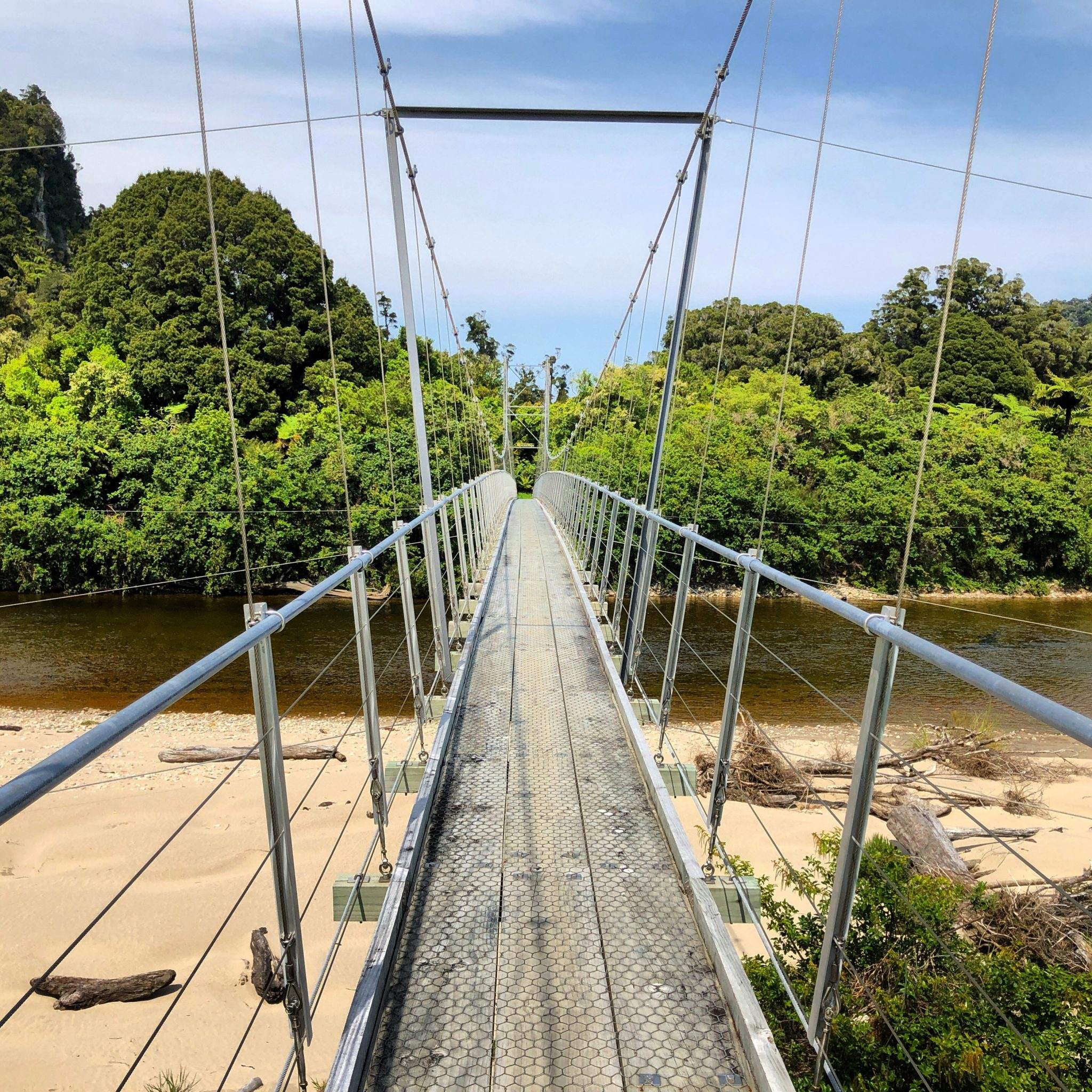 A walk along the coast is planned on the last day. And as it should be on New Zealand’s West Coast, it is mostly cloudy and the waves crash on the coast. Later it turns out that a whole of the ‘clouds’ has to do with the bushfires in Australia which smoke has been blown towards New Zealand. The Heaphy Trek has pleasantly surprised me, especially because of the tranquility on the trail and the enormous variation in the landscape. If you ever want to do a Great Walk, I can most definitely recommend it!