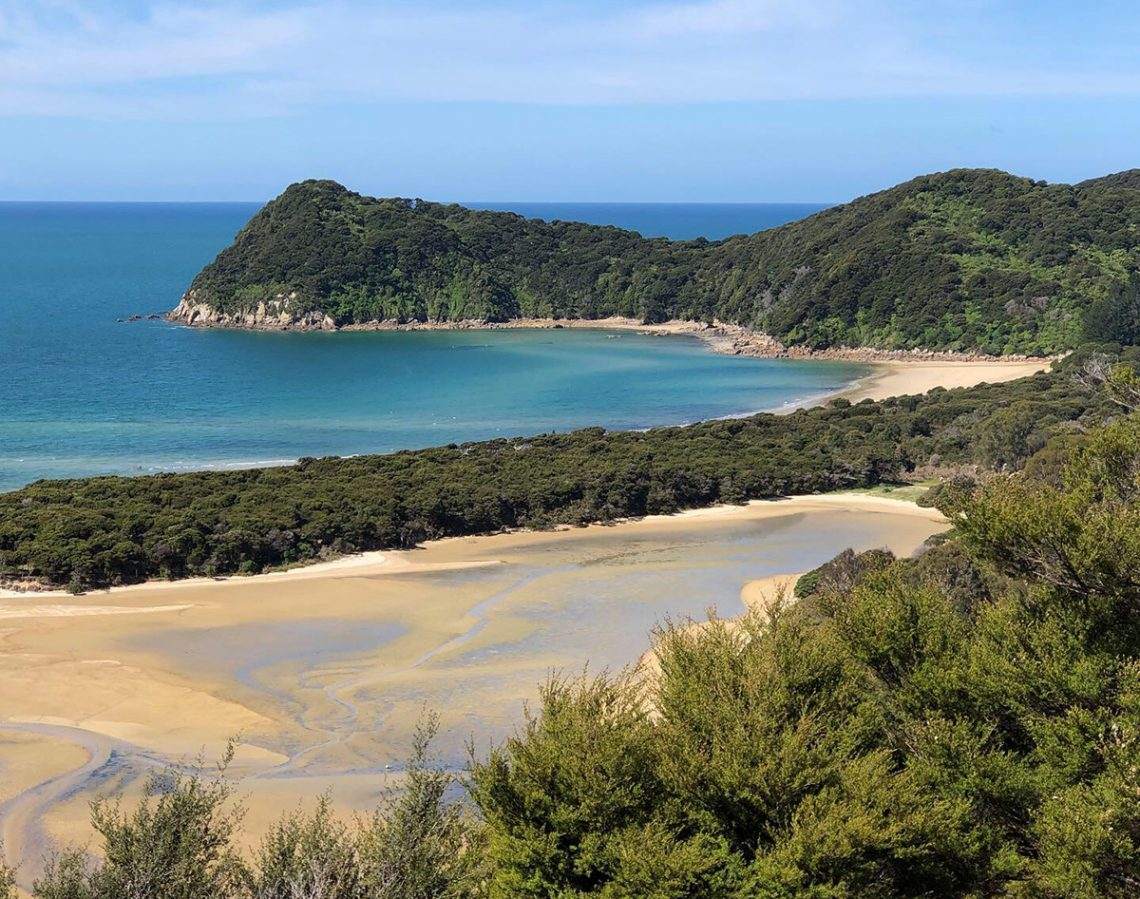 Just when I left for New Zealand, about a week and a half ago, I was reading my weekly updates from my previous New Zealand trip and I found that I really enjoyed reading back what I had experienced. And so the idea was born to write a report every week about what I did this time around as well. To keep you a little informed and to have something for myself to read back when I’ve returned home and am planning another trip. Enjoy reading!

The oh so long journey to New Zealand

Before my trip, I was frankly was not looking forward to the long flight, but in the end it was not that bad. Sure, flying 24 hours (and then you’re only in Auckland) is far and long, but I know from experience that it’s always worth it in the end.

This time I flew with Korean Air via Seoul. Because the flight from Amsterdam left almost an hour late, I had less than 45 minutes transfer time in Seoul. Fortunately it was quiet at the airport and I was able to move to the next gate quickly and without too much trouble. A Boeing 747 was waiting there to fly me to Auckland. There was a great deal of turbulence on both flights, so I hardly slept, at most I napped a little. On the flight from Amsterdam to Seoul, I was in the front row and I had no one next to me, so that was quite nice.

The service from Korean Air I thought was okay but not great. Perhaps that’s because I flew with Singapore Airlines and Emirates, among others, and of course they are known for their excellent service. At least I was not very impressed with Korean, but for 850 euros I thought it was good enough. 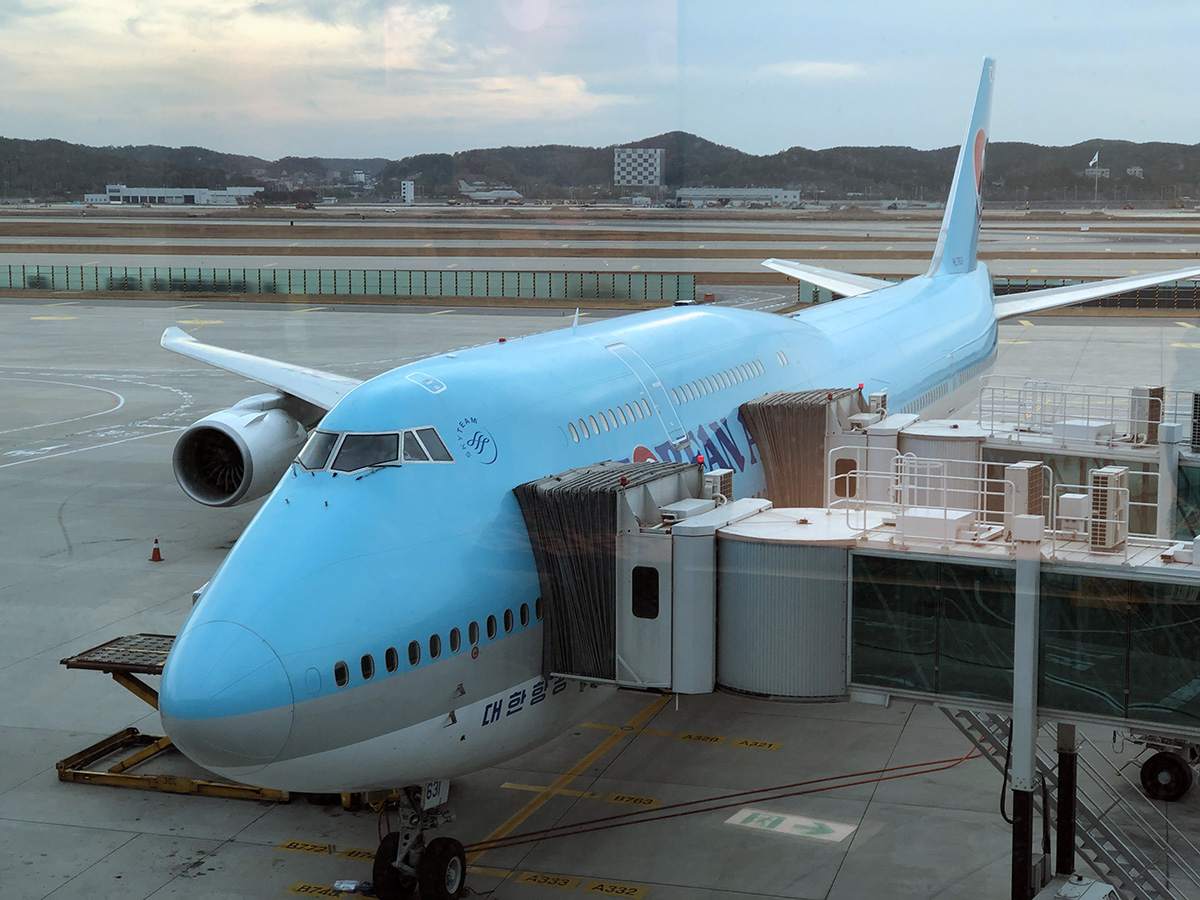 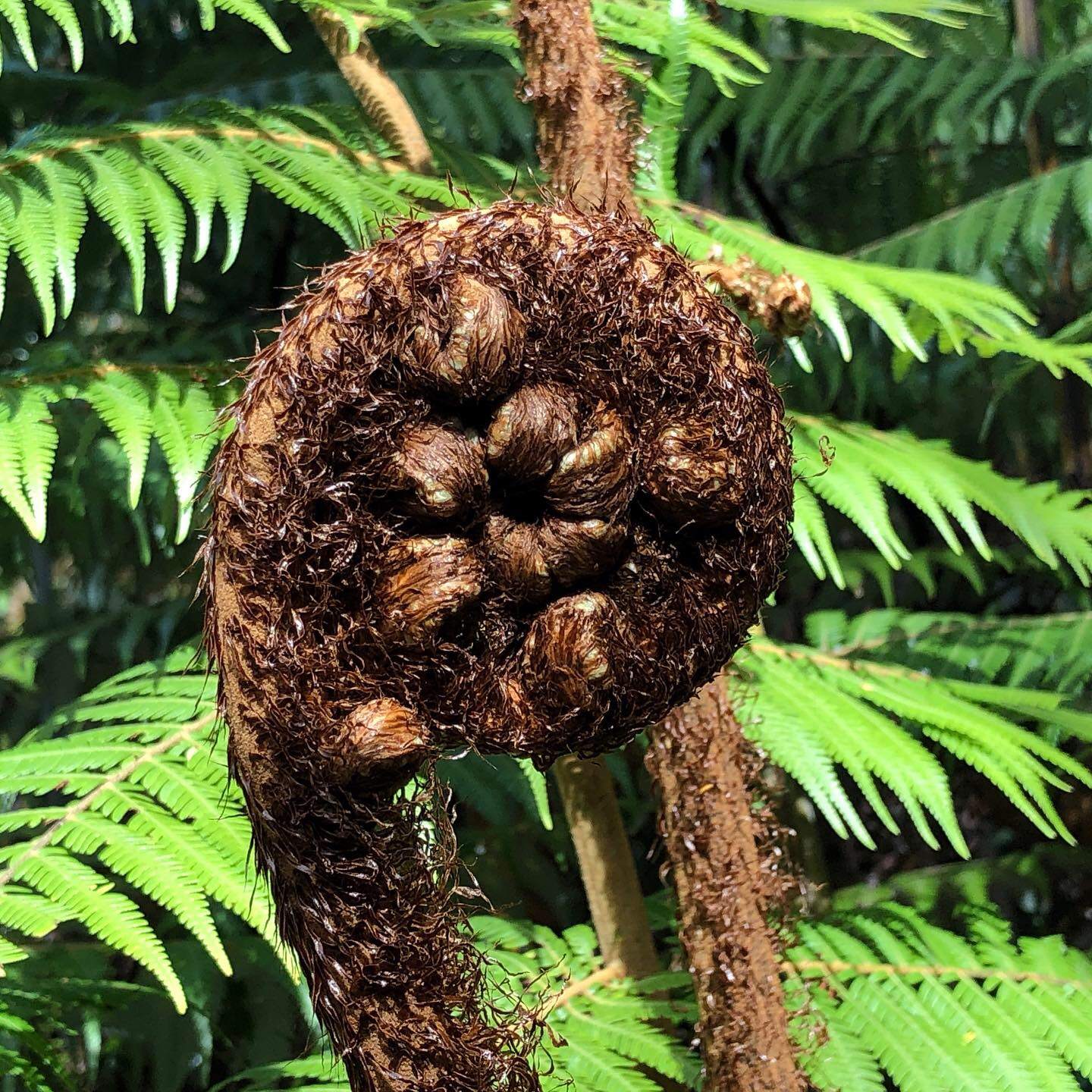 Arrival in Auckland and onwards to Nelson

Just before landing in Auckland the sun rose and the horizon turned orange. Not much later the plane landed in Auckland and I was allowed to stand in line for customs. Since last year they have had an electronic check here, in other words, you only have your passport scanned and if that’s OK, you can continue. No more guards who ask you what you are visiting and therefore no more a stamp in your passport.

As always, my shoes and tent had to be inspected, but in the end I was through all the checks relatively quickly and I was in Auckland. Here I immediately bought a local SIM card in the arrival hall and then delivered my luggage for the flight to Nelson. I had a few hours transfer time and tried to work, but I was so tired that it didn’t work and I sat outside in the sun to take a nap.

Halfway through the afternoon I flew with a small aircraft from Air New Zealand to Nelson on the South Island where I landed an hour later. I went to my Airbnb and there I collapsed reasonably and I slept through it for about 13 hours … 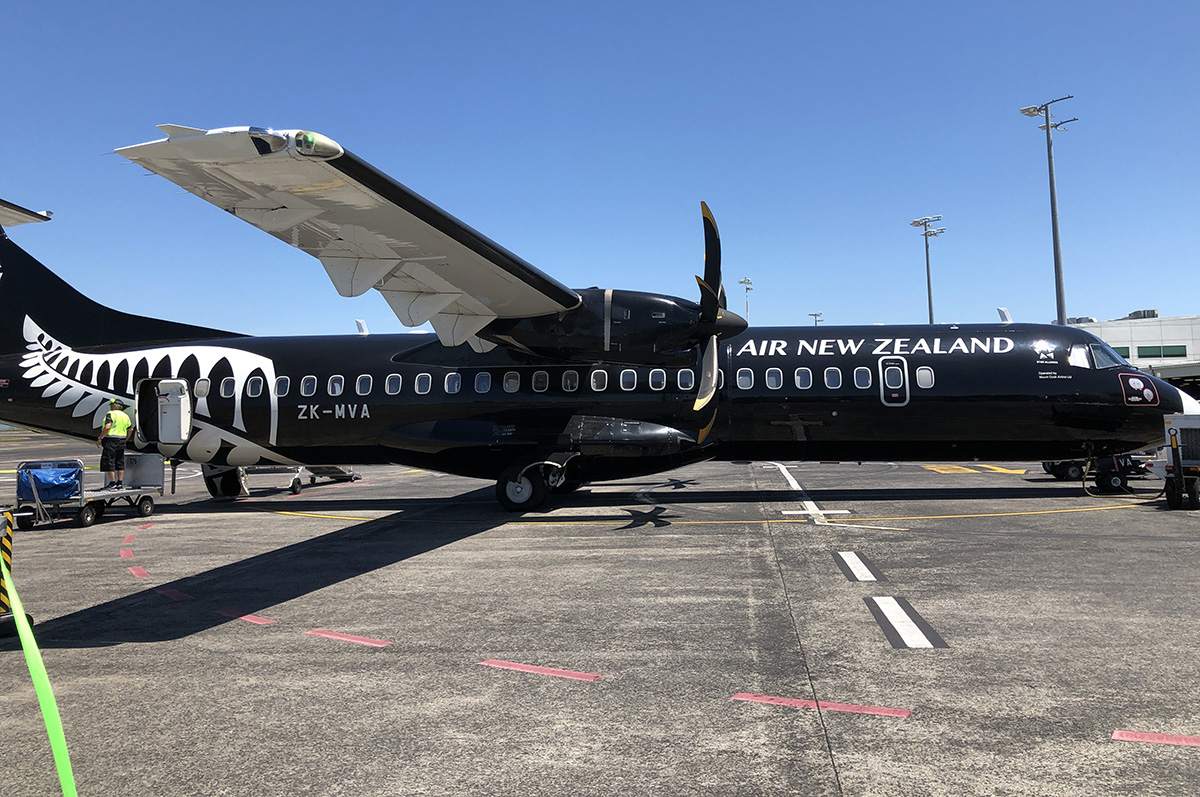 The next day it was my plan to start working right away for a few hours, to make sure that I could get into a sort of rhythm more or less quickly. A journey of 30 hours and a time difference of +12 hours do something to you that will keep you unfit for days so I figured I’d just get on with my plans.

In the morning I worked in the local library where they have some workplaces. I also worked here last year and it went fine. Occasionally, some homeless people step in and try to trick you off, but that is part of it and I am not worried about it.

The days that followed consisted mainly of acclimatization, working, sleeping and preparing for the first trek I made: the one on the Abel Tasman Coast Track. I already did this partly in 2011 and a little bit last year, but this time I wanted to do the complete track. Because the days that I was in Nelson were not great weather I did not have much time to get my boots tight and tried, so my intention to walk for at least an hour every day did not work out.

The lady from the Department of Conservation Office in Nelson did tell me a lot about the local hikes that you can do from the town without too much trouble. You can even walk from here to an actual backcountry hut that is part of Te Araroa (the long-distance path from north to south) within about 5 hours, but I fear I unfortunately don’t have time for that. I did go to the Center of New Zealand and, despite the grayness of the weather and I walked through a few local parks.

Off to the Abel Tasman Coast Track

Last Monday I left for Marahau for the Abel Tasman Coast Track. I traveled by bus to Marahau where I was dropped and I was surprised to see that the remains of cyclone Gita are still visible and the roads are still not fully restored.

In Marahau it is still raining a bit but as soon as I take the first steps on the track it is dry. The first day is a short one: about 4 hours to Anchorage Bay. This gives me time to make trips to the various beaches along the way, which I use as a picnic spot or just to enjoy the beautiful nature.

In the meantime, I am surrounded by tropical-looking and sounding birds and I notice that I am slowly recovering from the enormous tiredness that has settled in me in recent months. Walking through the beautiful nature of New Zealand gives me so much energy, even with a heavy backpack of 15 kilos. I almost flew over the trail and thoroughly enjoyed the green forest, the golden beaches and the fabulous views of the Golden Bay region.

I spent the following days on the track. Because I travel in the preseason, it was not too busy. I walked a bit with the Dutch Nicole that I met in the hut in Anchorage and even made a day of more than 8 hours of walking time which is decent for me, certainly with a large pack on my back. On the third day I had to get up very early due to the wading of an estuary. Most of them also have a detour when it is high tide, but this one is not and so I was already ready to wade into the cold water at 5.30 am. Wonderfully refreshing but I came out frozen to the bone. Fortunately the water was only just below knee height …

Especially the part between Totaranui and Whariwharangi was very beautiful. This probably doesn’t say much to you, but there are no water taxis and therefore day trippers from here. I regularly had the track for myself for hours on end and spent hours strolling along the roughest beaches I have ever seen. All I felt while there was true happiness!

I came back from the track yesterday, and after eating another decent decent meal, it was time to shower, unpack my backpack and settle down in the room in the Airbnb that I have.

The next few days I alternate work with traveling, I also let it determine the weather what I’ll be up to next. In any case I have rented a car so that I am not stuck to the city itself and I may also be able to do something outside the city.

In other words: I’m having a good time here. I feel at home here, find that I’m in easy contact with the New Zealanders (such nice people) and have several invitations to take a walk, have a drink or something similar. Whether I will all agree on that, no idea, but we’ll see. For now I am going to work again and hopefully also enjoy the sun which is still shining. Until next week!