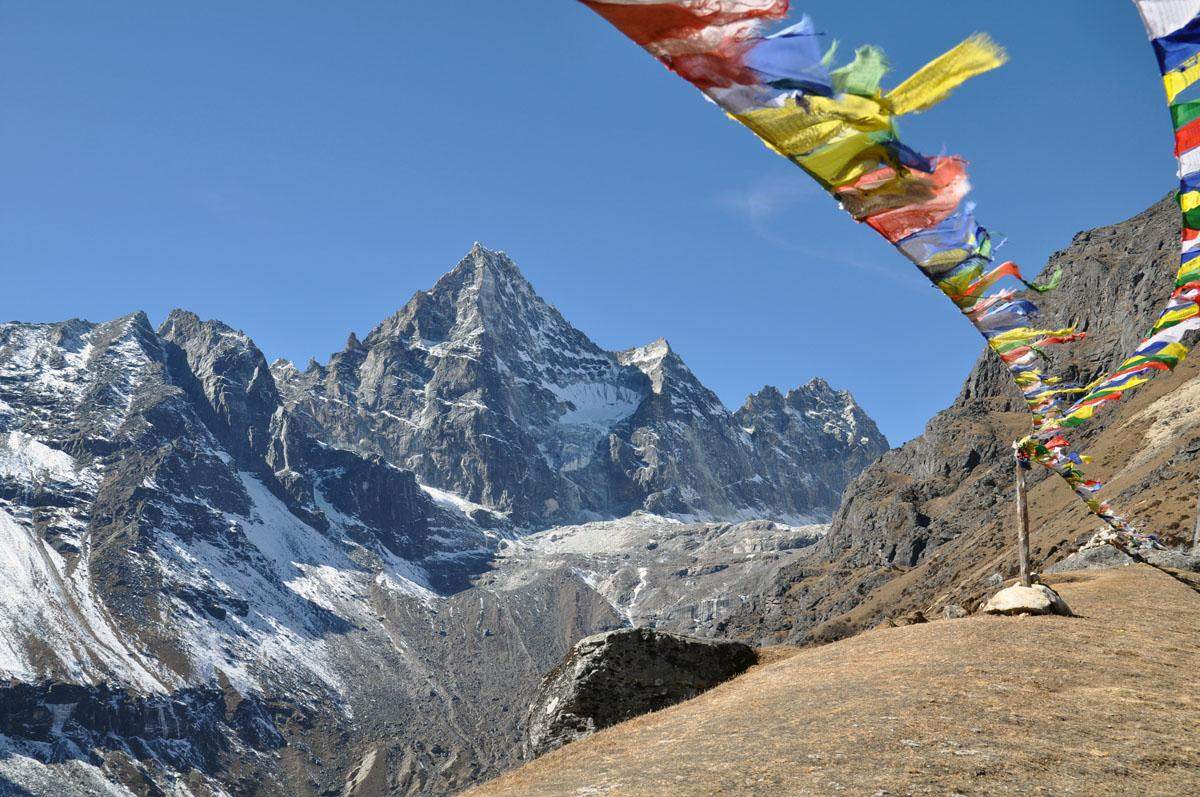 Before I’m starting a long run of stories about our trek to Everest Base Camp, there’s one thing that has to be said and everybody in this world should know. NEPAL IS SAFE! During our three week trip, I have not felt either in danger or uncomfortable for one single second and I want to spread the word that nothing should keep you from traveling to one of the most beautiful countries in the world! A lot is being said about Nepal and its safety at the moment and people are scared of traveling there. With this blog, I hope to encourage fellow travellers to (still) consider Nepal for a visit and to take away some of the worries that future travellers may have.

How about the earthquake?

Unfortunately, the earthquake that hit Nepal back in April, has caused a lot of damage. We have only seen a small part of the country and therefore I can only base this blog on our own experiences. From what I’d heard before starting our trip, I was a little anxious about the damage we would encounter, but it wasn’t nearly as bad as some people made us believe. I’m sure there is a lot of damage, but not in the areas we went to. The only really bad damage we saw was at Durbar Square in Kathmandu and I’ll be honest, walking around there made me pretty sad. All this beautiful heritage was severely damaged and looking back at it, I’d rather not have visited because I felt incredibly powerless. However, I’m happy that by paying an entrance fee and buying some goodies there, we could contribute to rebuilding and restoring this beautiful place. Other than Durbar Square, we visited Thamel, Swayambhunath (the monkey temple) and the Garden of Dreams, which are all a bit damaged yet still accessible and pretty enough to pay a visit to.


In the Everest region, where the earthquake hit pretty hard, we did see some losses but in all honesty, we’ve also seen damaged houses on other tracks in the world and in various other Asian countries, it can be as messy, maybe even messier, than in Nepal. Some teahouses have decided not to open up for the season because they are too damaged but in the places we stayed, everything was restored and I felt entirely safe. If I wouldn’t have known, I’d not have even noticed there had been an earthquake. Call me stupid or blind, but I’ve learned to look beyond something that first meets the eye.

As for medication and medical services, we were in the unfortunate position that we ended up in a medical post twice and a hospital in Kathmandu, but luckily after a quick check-up, we were good to go again. To get our medication, we had to visit two different pharmacies to get all we needed in Kathmandu but that wasn’t too much of a hassle. In the end, we ended up using not even half of it, so we gave it back for future use. We actually felt pretty bad about using up much needed medication so left behind all we could but we had to take some meds in order to be able to fly home again.

After the earthquake, there was a drop in tourists of 35%. As I said earlier in another blog, I don’t get why people don’t want to travel to Nepal anymore. Did anybody stop going to Japan or New Zealand when they had massive earthquakes? Why are people still going to San Francisco when you know there is bound to be a massive shock sometime soon? Earthquakes can hit anywhere at any time. I’ve talked to many locals and asked them about the recent happenings. Many of them told me that they had never even experienced an earthquake before and they were as surprised as I would have been when such a thing would happen in The Netherlands. So please people, don’t stay away because you are afraid of earthquakes because they can hit anywhere.

And what about the fuel crisis?

Yes, the fuel crisis is an entire different story. Since September 2015 there is a shortage because India is no longer delivering fuel to Nepal. If you want to read the entire story, please refer to Lonely Planet or Wikipedia because I don’t want this blog to become a debate about the dispute between India and Nepal. The most important question here is if we were affected by the fuel crisis. The answer is yes, but only mildly. At some restaurants they had set menus because not all supplies were available (but really, who cares?) and basically, that was it. As we had pre-arranged everything, our taxi was there to pick us up and our flights to/from Lukla were booked and paid for so we had no issues with it (apart from the weather). The biggest issue was that Turkish Airlines changed the flight as they had to fly to Delhi first to fuel up, before returning to Istanbul. As it turned out, we’d miss our flight so we had to overnight in Istanbul, which was pretty inconvenient as this would extend our journey home with more than 14 hours.

The fuel crisis caused another loss of about 15% of Nepal’s tourists. Needless to say that the Nepali need you to come to their country. A lot of people rely on tourism as a part of their income and it made me sad to see that so many teahouses on the trek were empty and that shops were equally empty as well as restaurants and other places where tourists hang out. Locals cannot afford to buy fuel so they are forced to cook outside on a fire rather than their stove and they can’t move themselves around because they have no transportation.

I’m not sure what I have to say or do to take away the worries that have nestled inside many of us. I want to scream NEPAL IS SAFE and I want to ask you, no, beg you to go. The Nepali are the friendliest people I have ever met and moreover very courageous. Despite all the misery they have been going and are still going through, the majority of them are still smiling. They are looking at the future with a smile on their face and are welcoming tourists more than ever into their country. Unfortunately, when you decide to go, I cannot prevent another force of nature to hit the country nor can I guarantee that the fuel crisis will be over. However, I can guarantee that a trip to Nepal will change you forever. It will learn you how to smile, enjoy, and live your life better than you have ever done before. Your journey, wherever you will go to, will be an unforgettable one!

Please help us spread the word that Nepal is safe by sharing this post!

Want to read more about Nepal? You may enjoy these:
– Nepal – a head filled with emotions
– Off to Nepal and Everest Base Camp!
– Nepal Now: 5 things that I’m worried about!