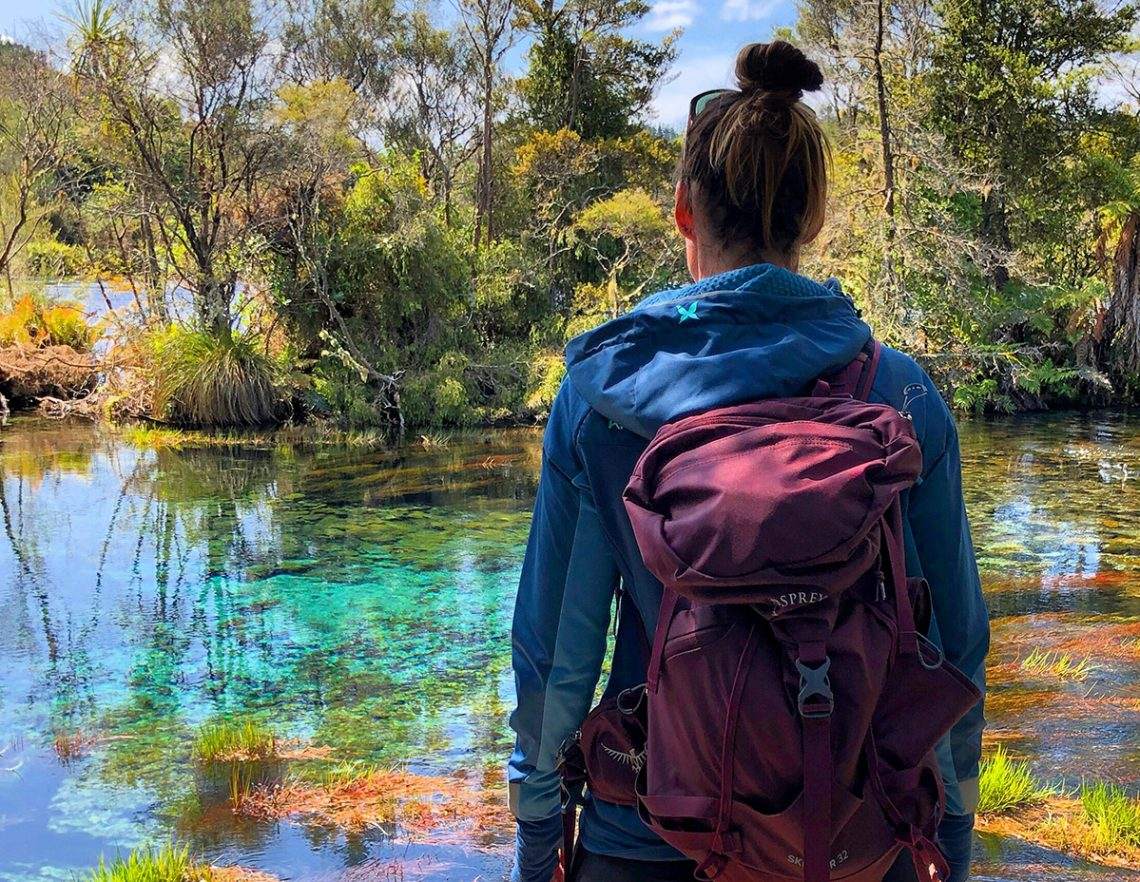 Yessss also finalized my second week in New Zealand. At least, today is exactly two weeks ago that I boarded the plane that started my journey. And in two weeks I will leave again, but frankly I don’t want to think too much about that. Time flies when you’re having fun! In this blog I’ll tell you all about week 2 in New Zealand, in which I walked a lot, slept in a thunderstorm and went looking for an interview in the wilderness. Enjoy reading!

Hiking in and around Nelson

I have booked a total of three treks and in the periods between I spend most of my time working and walking in and around Nelson, the town where I have more or less settled for the month. As I wrote in last week’s blog, working here is really super relaxed. Because the time difference with home is 12 hours, I generally don’t receive new emails during the day and so I close my laptop with three empty inboxes on the days that I work. I really have to come up with something similar in the Netherlands as it makes me much more productive. I can’t close my mailbox during the day because I have to look it up regularly, but it would be ideal if I could just ‘turn it off’, or at least not get new messages. Anyway … we’ll see about that once I’m back home.

Nelson is located in the Tasman Bay and is surrounded by water on one side, the rest of it mainly hills and forests. The hills around the city are perfect for walking. I visited The Grampians, kind of like the city park we have in my hometown, but with quite some hills. There are several hiking trails here and I was advised by some people to make the walk to the TV tower, the highest point at almost 400 meters. There’s a viewing platform over Tasman Bay here and I enjoyed it immensely on a sunny day.


Another walk that I did was the Airport Perimeter Track Walkway, a round trip around Nelson airport. It is not an immense airport and there’s not a huge amount of air traffic, but in the 6-kilometer walk I have seen about 5 planes taking off and landing. You are therefore right next to the runway, which is really super cool. If I were to live here, I would definitely do this walk every day!

I spent the weekend in Golden Bay, an area northwest of Nelson. It is formed by Abel Tasman National Park (where I already hiked the Coast Track last week) and Kahurangi National Park, where I will walk the Heaphy Track the the next week. There are all kinds of tiny villages and you can also hike beautifully in other places than the national parks.

My main reason for visiting this area was the appointment I had with Miriam Lancewood. She is the author of the book “Woman in the wilderness“. We had an appointment to record an episode of the Podcast for Adventurous Women which I host in Dutch. The recording lasted an hour, but we talked for over 2.5 hours. What an inspiring woman Miriam is! The podcast will appear sometime in December and I will also link a blog to those who don’t like podcasts or cannot understand Dutch.

In addition I made several beautiful hikes in Golden Bay. I drove to Wharariki Beach, all the way at the end of the paved road and then another 6 kilometers on a gravel road into the wilderness. There is a campsite where the road ends and I pitched my tent there. The weather gods, however, were not very positive to me and at night I shivered with fear during a huge thunderstorm. Eventually in between thunder and lightning I ran to the canteen to hide safely hide from the storm. Thunderstorms and I … we will never be friends, they make me so vulnerable when camping!

The next morning it was still pouring with rain, but I decided to head out anyway and made a nice hike on Wharariki Beach. As the tide was getting in and I was taking the low tide trail, I had to run quite a bit to keep my feet dry but some French men lifted me over the rocks and helped me climb up, away from the tide. There were also seals everywhere on the beach and the caves, so awesome. I’d love to go back here one day, hopefully in a bit better conditions.

Then I drove to the Farewell Spit, a 25 kilometer stretch of sand in the far northeast of Golden Bay. You can get access for a few kilometers by yourself and but the rest is restricted unless you take an organized tour. Because I thought this was a bit too expensive (160 dollars), I decided to go for a walk here myself which was just fine, also because the weather was quite gloomy. To be honest, I didn’t find it super impressive, but maybe my expectations were a little too high. The weather didn’t help out either I guess.

From here I drove back to Takaka to pitch my tent at a campground on the outskirts of the town. I actually wanted a camping on the beach, but you pay that per site which would have been 40 dollars. Whether you camp with 1 or 6 people does not matter, but for 1 person I thought it was a bit crazy to pay 40 dollars for a night on patch of grass. The campsite where I went instead was fine, I enjoyed the hot shower and slept very well.

The next day I made two short walks to Wainui Falls (see the short video) and those to Pupu Springs, these sources have the clearest water in the world. It was very nice to see them again and luckily it was relatively quiet. As far as I’m concerned, New Zealand is really great to visit in November, just before the high season, but with reasonable weather! My visit to Golden Bay was a pleasant getaway from Nelson for the weekend and I can recommend visiting to anyone!