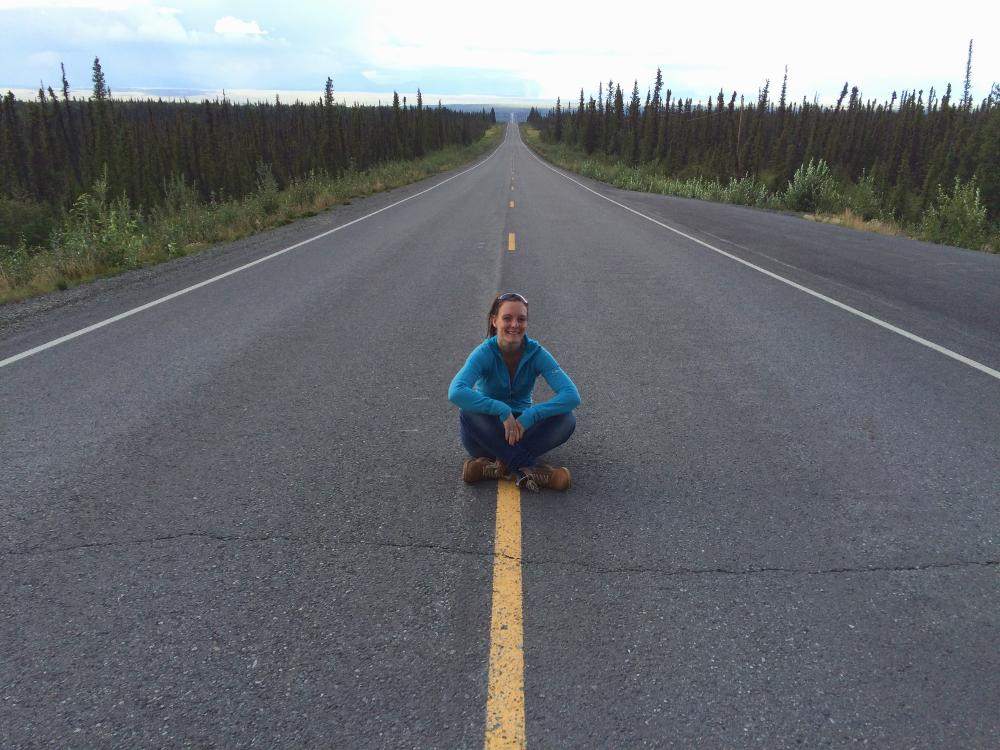 Sooooo … here’s my first Confessions of 2016! Last week I gave a presentation about “my life as a travel blogger” at a travel event in Groningen, which is in the north of The Netherlands. While I was there, I told the audience what it’s really like to be a travel blogger and while I was talking, I occasionally saw people looking at me and frowning. I could almost hear them think “ohhhh, really?” so I figured it was about time to bust some myths about travel blogging! Oh, please note though, this is just my personal story and it doesn’t mean those myths apply to all bloggers. Just so you know!

You always travel for free!

I’m the first one to admit that when I started blogging, I thought I’d travel for free. Which is true, however, when I look back at the last couple of years, I still pay most of my trips out of my own pocket. How much? About 65% I’d say. I don’t really keep track of it, but a (very) large portion of my income still goes to traveling. The good thing about paying for my travels is that I don’t owe anyone anything. I can decide not to write about it and I don’t have to share it on social media. In addition, I’m not a fan of pitching. In 2015 I started off really fanatic for my first trip of the year. I spent evenings writing to tourism boards, hotels, airlines etc. and in the end, all it got me was a free public transportation/museum pass and an excursion. It had taken plenty of hours of my time and I didn’t get too much out of it. That’s when I decided that I prefer to invest my time in other stuff and most of the time, I don’t mind paying for something myself. Asking for free stuff and expecting free stuff is not really my thing.

Hell no! Welcome to the world of travel bloggers, where people follow to be followed and unfollow when you don’t follow them back. As an outsider, I’m sure it sounds really pathetic and it is. But it also is the sad truth. About a year ago I installed apps such as Find Unfollow and Instrack on my iPhone and I was in shock when I saw how many people followed and unfollowed after I followed them back. I wrote a blog about how sad this makes me that people just follow to be followed and once you follow them, they unfollow. Over the past week, no less than 9 people unfollowed me in a couple of hours on Instagram, pathetic. I’ve recently cleaned up my Instagram and soon I’m going to do that to Twitter and Facebook too. Nowadays I only follow people I personally know or have a great feed and share the same interest. It’s a shame that still a lot of companies look at number of followers because it’s all fake… if they think I don’t have enough followers, I can’t be bothered anymore, I already pay most of my journeys out of my own pocket anyway. 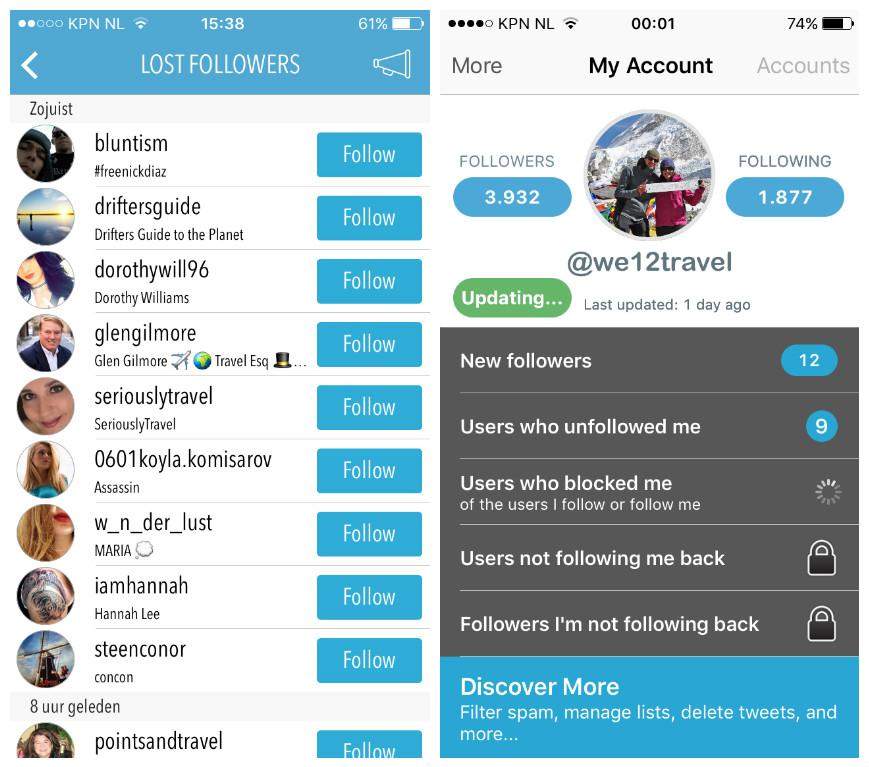 You are always online!

Ehh, no, I’m not, it just looks like that. In all honesty, I’m online more often than my friends but I’m not some kind of junkie whose phone is glued to her hand or so. Whenever I’m at the gym, I leave my phone in my locker (where I work out, many people don’t!) and it happens occasionally that I switch it to flight mode when I’m home. In addition, I try to be as efficient as possible: in the morning I schedule social media on tools such as Tweetdeck and I write in the evening. When I write, I switch off my phone to avoid distraction. However, I am present on social media a lot, so when people scroll through my timeline, they see a lot of activity. I know lots of people who reply to everyone but don’t post anything themselves, which makes them look passive, but in fact they are online more often than me. Sunday evening is my relaxation night when I take a bath and dive into bed super early and when we go hiking, I usually unplug and it happens I don’t even open up my laptop for a day (not two, unless I’m actually travelling!).

You always look nice on pictures!

Uhm, that’s because it always takes at least five or sometimes ten pictures to get it right. There’s bloggers who only do landscape pictures on their site, but for me, a blog really comes to life when I can see someone’s face with it. Not ten pictures, but just one or two. So everywhere I am, I try to take at least one picture where I am in. It’s not always easy, especially because I travel alone occasionally as well, so I have to ask people to take my picture. And if it’s a lousy one, I generally can’t bring myself to tell them that and ask them to make it again. I’m pretty critical about myself, most of the time I think I look to fat or I have a double chin or something like that. The picture below actually was a straight hit, I asked an American tourist to make it for me while I was in Denali National Park in Alaska. However, I’m right in the middle of it, which is not how photography should be, yet I didn’t have the heart to tell the kind man that… 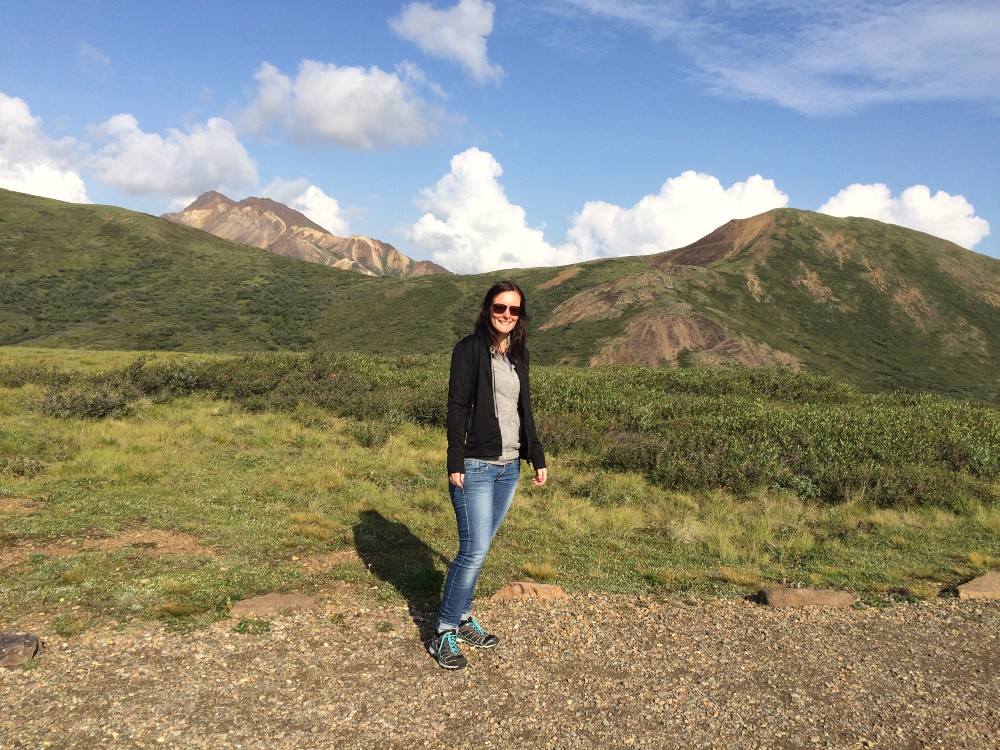 Yes, in fact my days do have 30 hours because I can do magic tricks. As I said, I try to be as time-efficient as possible. In the morning before going to work I do social media. Martijn always gets up before 6.00 am so I’m usually awake by then as well. In the past I used to get up at 07.30 am only (I have to leave for work at 08.00) but ever since we came back from New Zealand and were super jet lagged and up at 05.00 already, I’ve been trying to get up early and get stuff done. Before the blog that would be reading or writing some stuff, but ever since the blog is up, I use my time in the morning for scheduling and social media. This doesn’t really require me to be super awake so it can easily be done in the morning. My biggest time-saving suggestion though is to not watch tv anymore. I never watch tv because I think most stuff is crap anyway. Plus I fall asleep when I watch tv. Occasionally I watch a series on DVD (such as Homeland or The Walking Dead) but maybe one or two hours a week. Watching tv is a big waste of time if you ask me…

You’re probably rich because you spend a lot of money on travel!

I do actually have a tree in my garden that grows money instead of apples. Not! I just make sure not to spend money on stuff I don’t need. I used to spend a lot of money on clothes but over the past couple of years I bought so much that I can easily wear something different each day for at least two months. In addition we don’t drive a fancy car (it moves, that’s all) and we don’t go out all that much. I actually enjoy drinking wine with friends at home even more than at a bar and I’m not a person who has an expensive taste. All the equipment I need for we12travel (iPhone, Macbook, camera) I’ve bought with the money I earned from the blog so I’m not gaining any money from blogging. If I tell you that I made just enough money to buy a new camera lens, a Macbook and pay for my hosting, then you know that it’s not a whole lot. And it will definitely never make me rich. Basically, it’s all about spending your money just once, and I prefer to spend it on travel.

Well, that was all for today. Any other myths about travel bloggers you want me to bust? Let me know!

Want to read more? Check these posts:
– How to travel 107 days a year with a full time office job
– Tips for travel bloggers I wish I’d known 2 years ago
– 11 Reasons why I’m the worst travel blogger