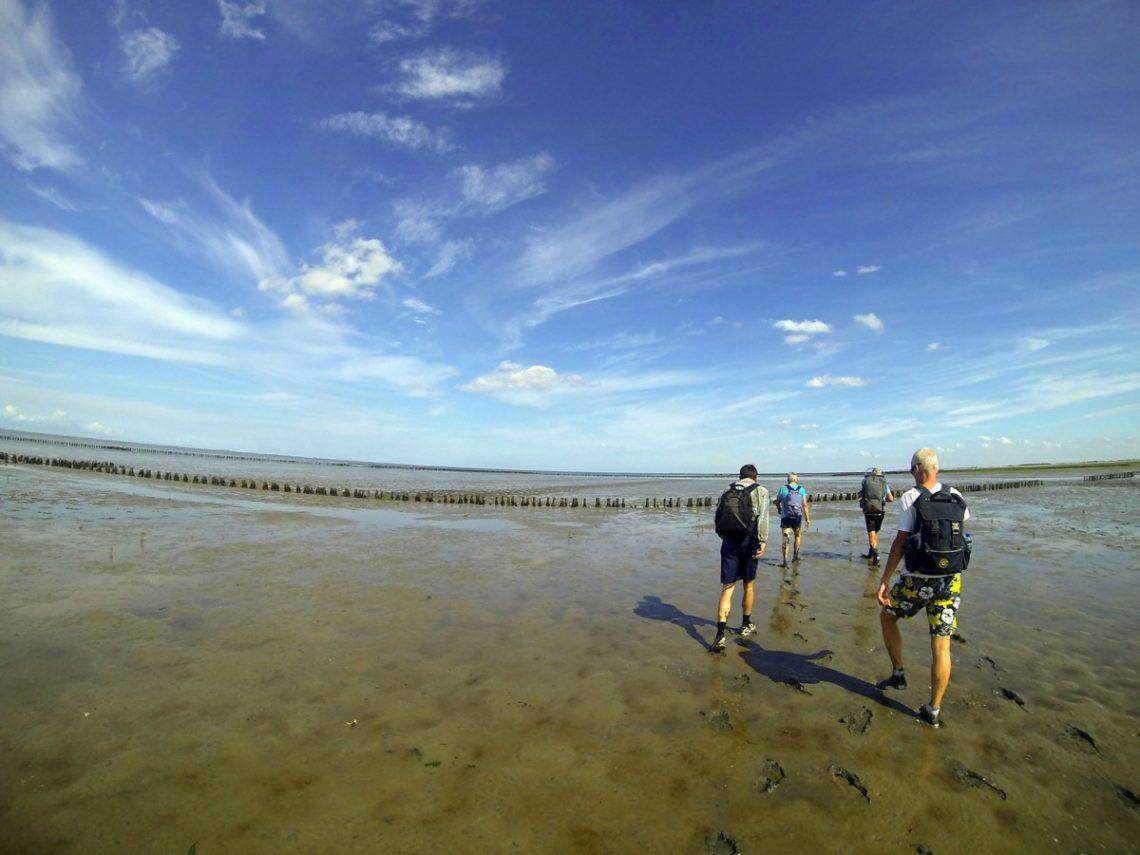 When translating this article from Dutch into English, I realized there is no English word for the activity I’m going to tell you about, or at least, not by my knowledge. So the best I can do is “mudflat hiking” …

For most Dutch people it’s known that mudflat hiking is about: when there’s a low tide you walk and wade on on the watershed of the mudflats or a sandbar. Especially walking to one of the Dutch Wadden Islands is a very populair activity.

In May I was asked to go mudflat hiking in the northern part of The Netherlands, which is the one place in our country to do this. I was super enthusiastic about and immediately thought “count me in!” since I’m a big fan of nature and hiking. The plan was that it would be a short introduction to mudflat hiking while the tide was super low in June.

Later that month, when I had already confirmed my presence, I was talking to a good friend of mine while we were having a beer. As I was telling him that I was going mudflat hiking, he suddenly went silient. And then he told me his story: 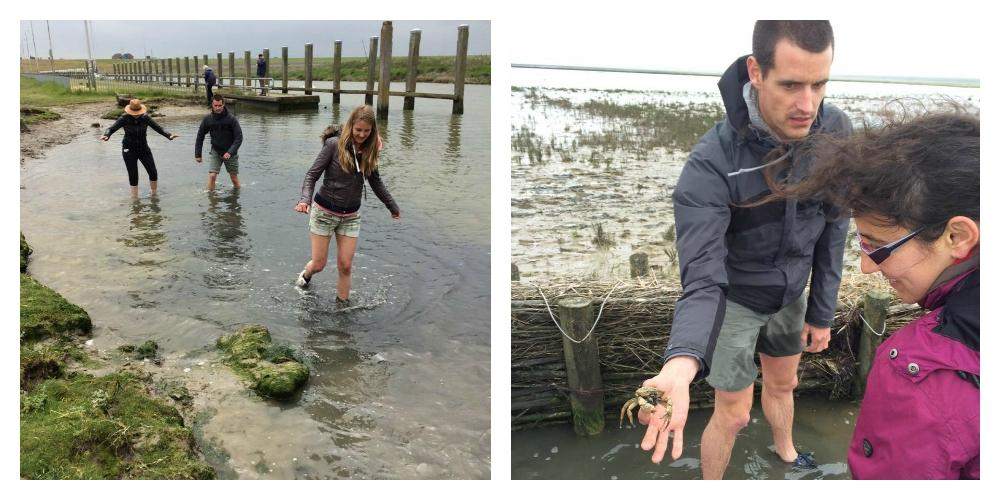 He told me that he went mudflat hiking when he was in first grade of highschool and went up north with a big group of teenagers. The adventure started with a night in a youth hostel with about 100 kids that refused to go to sleep that night, because that wasn’t cool at all, was it? The next morning they had to leave at 6.00 am to start the mudflat hiking. It was a cold day in September and a breeze was making it pretty chilly. All of the kids were pretty exhausted because they didn’t sleep yet they started their trek anyway.

After just about 400 meters on the mudflat, the teenagers started romping and before my friend knew it, he lost his balance and he ended up face down in the silt. He got wet, cold and extremely muddy and did not feel well for the rest of the day, which became a really hell for him. It was anything but a good memory… 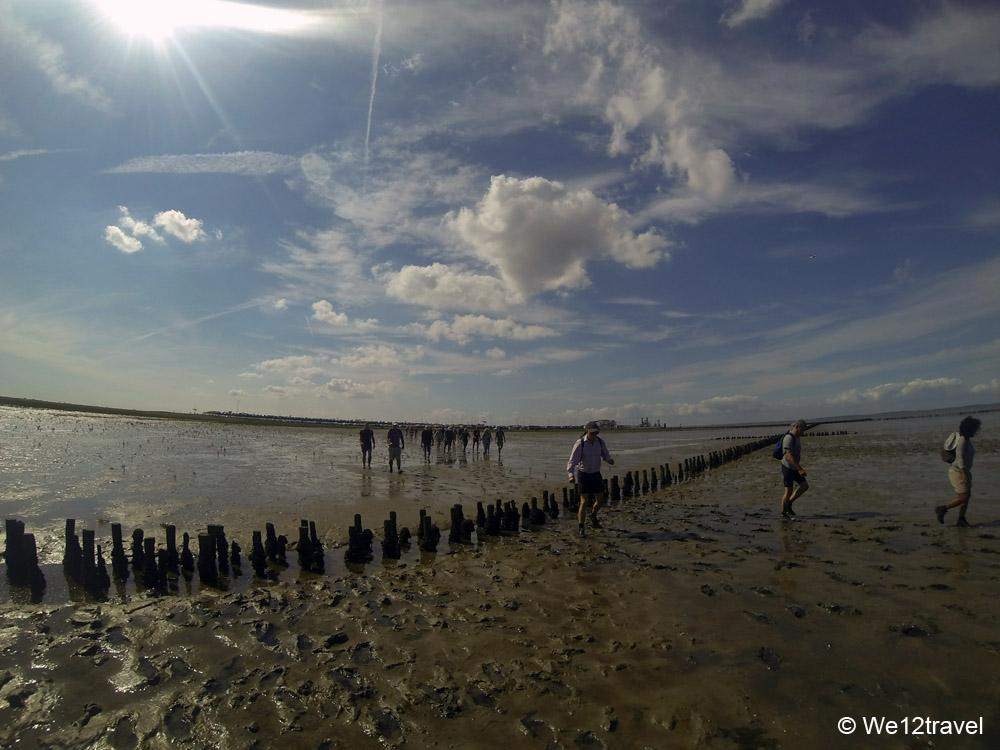 After hearing his story, my enthusiasm was nowhere to be found anymore. I already saw myself disappear into a water channel. I couldn’t help but ask myself if I was going to completely disappear into the water? And how was I going to keep my iPhone dry? It couldn’t be that bad, could it? By then, I got a little anxious but soon decided that I could only find out if it really was as bad as I heard, by trying myself.

During my hike in June, the tide wasn’t in our favor to do a big hike but we did get out with a guide to make a short trip onto the mudflat, until we were in the water waist deep, in the middle of the Wadden Sea. We were explained about the muddy waters and the bottom of the sea. A very good introduction, that got me enthusiastic enough to try again later in the summer.

Luckily I was able to try again in the summer, this time in August. The idea was to hike from Holwerd in Friesland to the island of Ameland. 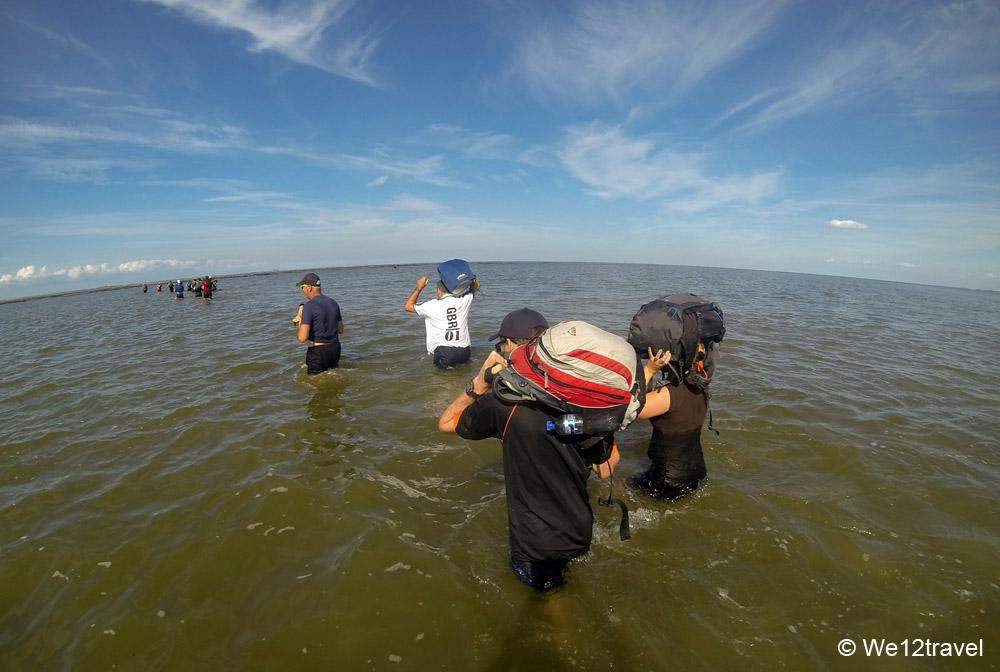 All negative experiences from my friend, turned out to be one-time only. Ofcourse you have to be well prepared with a waterproof bag (or put your dry clothes in a garbage bag) and you have to wear old shoes. All Stars make a great pair of shoes because they have a very flat sole and you can tie your laces pretty tight. Because believe me, you don’t want to loose your shoes because you got sucked into the silt … Also make sure you are going with a guide, they know where to walk without being in danger and where the water channels are that you want to avoid. 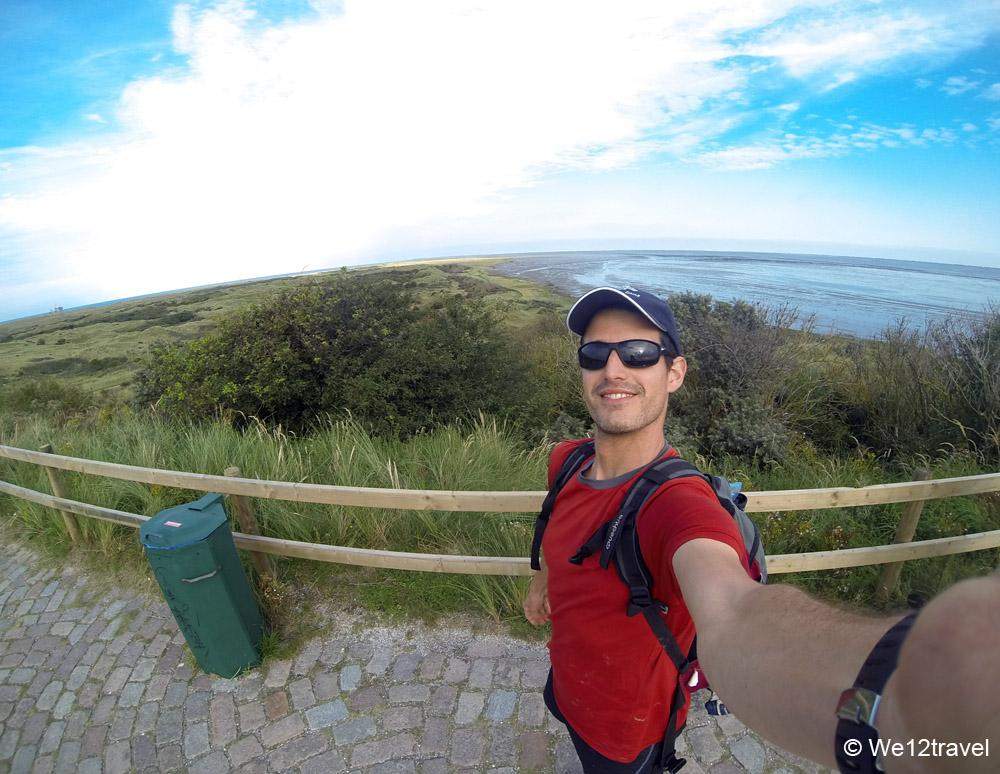 Back to the question if mud flat hiking is a must-do? Yes, in my opinion it totally is! It’s a unique experience that enables you to walk at the bottom of the sea and a UNESCO world Heritage site. I’m pretty sure you’ve never been to the bottom of the sea that close before without getting (kind of) wet!

Just to make sure how cool mudflat hiking actually is, I’ve added a short video below. 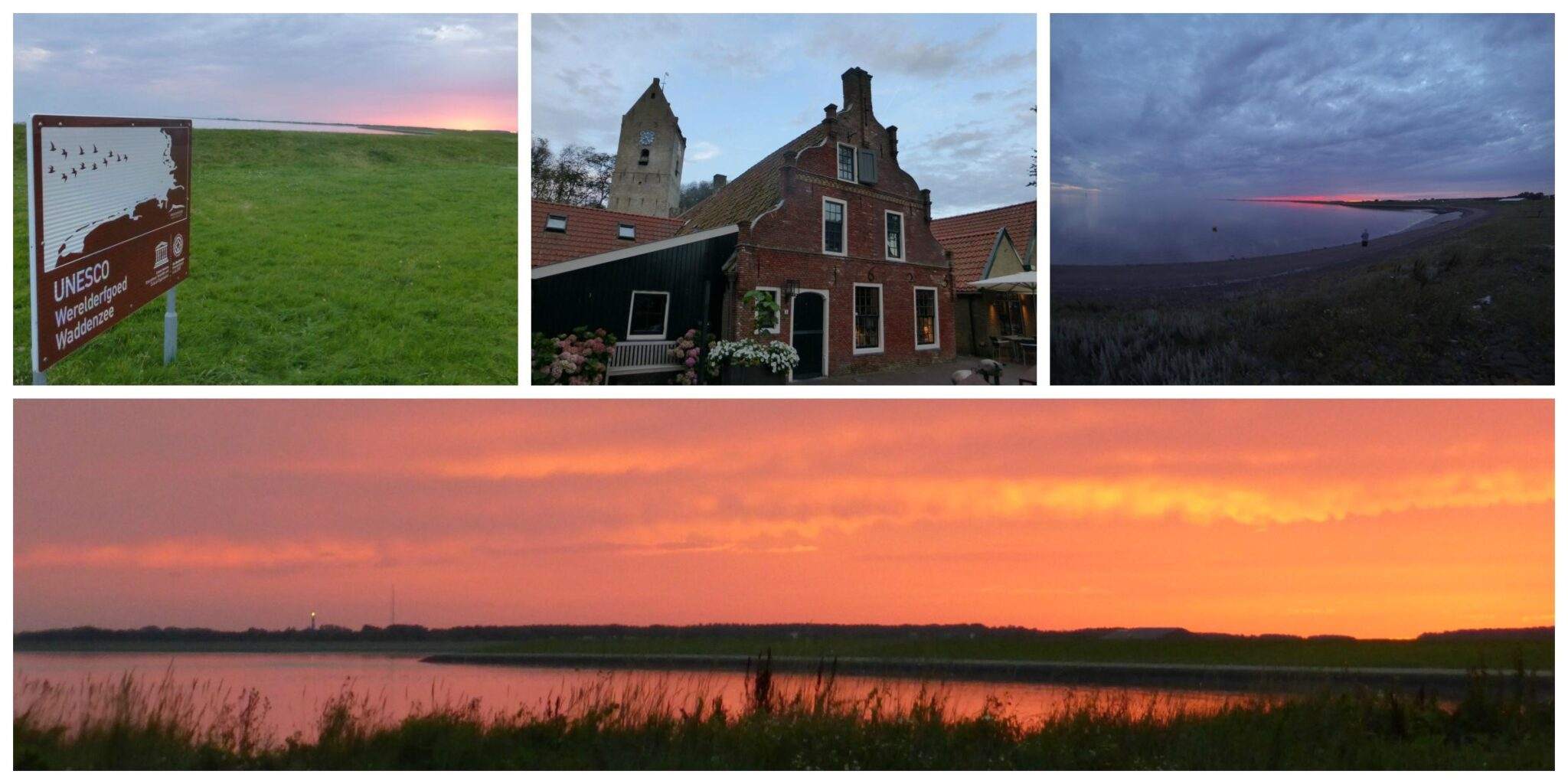 Want to read more about our adventures in The Netherlands? You may enjoy these:
– Learning to SUP with JABA Sup
– Why I walked 32 km along Holland’s biggest causeway
– Walking Wednesday: exploring Deelerwoud