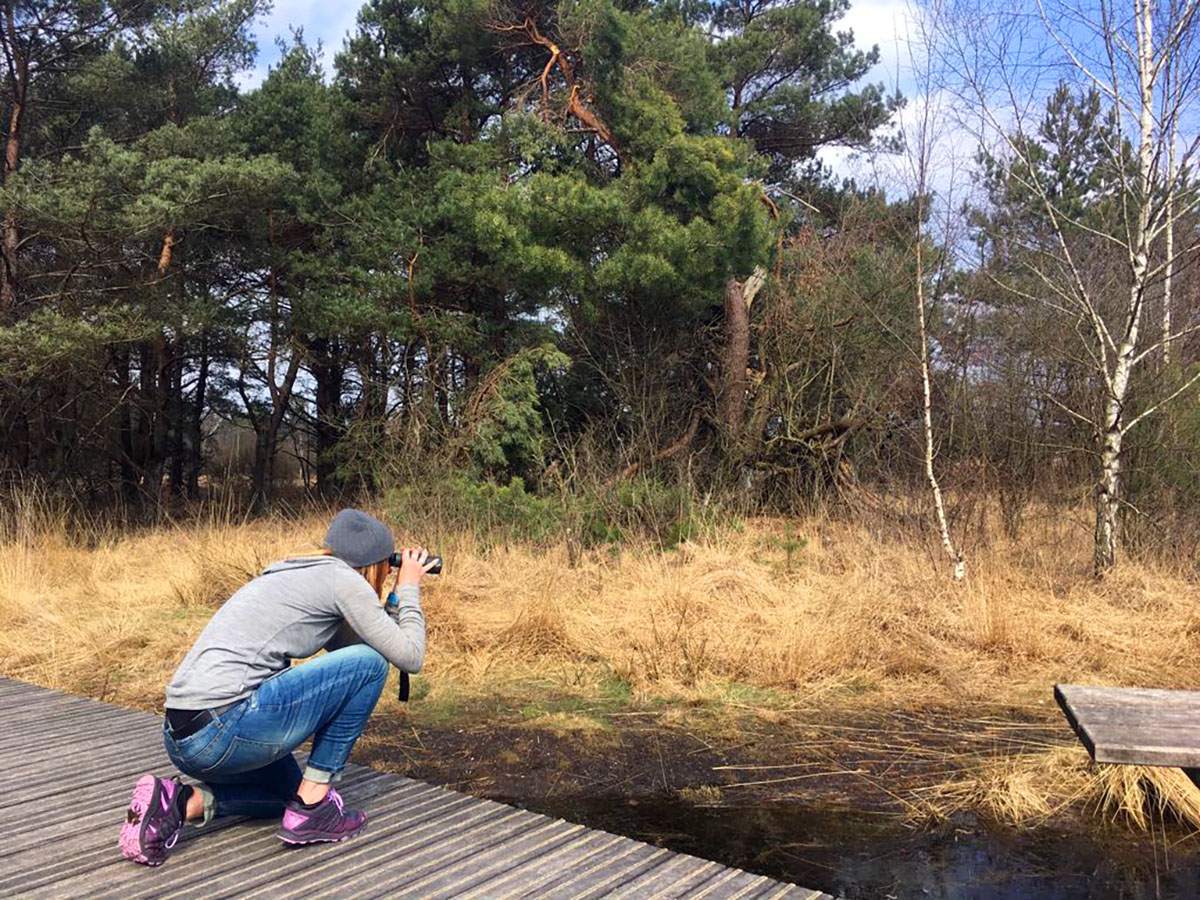 As I previously wrote on the blog, I’ve been out on some pretty cool micro-adventures recently. The first ones happened in my own back yard, which is Hoge Veluwe National Park. This is the most famous national park in The Netherlands and located near the city of Arnhem, my hometown. Since I came back from New Zealand I moved into a small cabin in the woods north of the city and the entrance to the national park is only a 30 minute walk away. And so I figured that telling you about this national park would be the best start to kick off my micro adventure series.

As I previously mentioned, Hoge Veluwe National Park (in Dutch: Nationaal Park De Hoge Veluwe) is the most well known national park in The Netherlands. The park covers about 5% of the natural area called Veluwe and is located between Arnhem/Schaarsbergen, Hoenderloo and Otterlo. It’s the only national park in The Netherlands that you need to pay an entrance fee for but as a return you get quite a bit of fun things. You can borrow bikes for free, will usually see wildlife and can use plenty of well maintained hiking trails. There are plenty of micro adventures available and in this blog I will give you my best tips for visiting Hoge Veluwe National Park.

But first … good to know!

Hoge Veluwe National Park has three different entrances: Schaarsbergen (near Arnhem), Hoenderloo and Otterlo. Which entrance you can best pick depends on what you want to see and where you are arriving from. Otterlo is the busiest entrance so especially on weekends and holidays, you are better off choosing another entrance. I think the prettiest part of Hoge Veluwe National Park is the northern part, especially when you are planning on hiking and so Hoenderloo and Otterlo will be your best choices. However Schaarsbergen is the closest one to the highway (A12 and A50) so the easiest one to reach.

Hoge Veluwe National Park has plenty of amazing hiking trails. There are various marked paths as well as some of the Dutch long distance trails that run through the park, such as Veluwe Zwerfpad. The marked trails mostly can be found in the northern park of the park, around the visitors center and entrances near Hoenderloo and Otterlo. One of my favorite parts for hiking is near Deelense Veld where you can find small ponds and also the strolling area De Pollen in the central part of Hoge Veluwe. I’ve also hiked various sections of the Veluwe Zwerfpad, some of the trails being Otterlo – Arnhem and Hoenderloo – Arnhem. 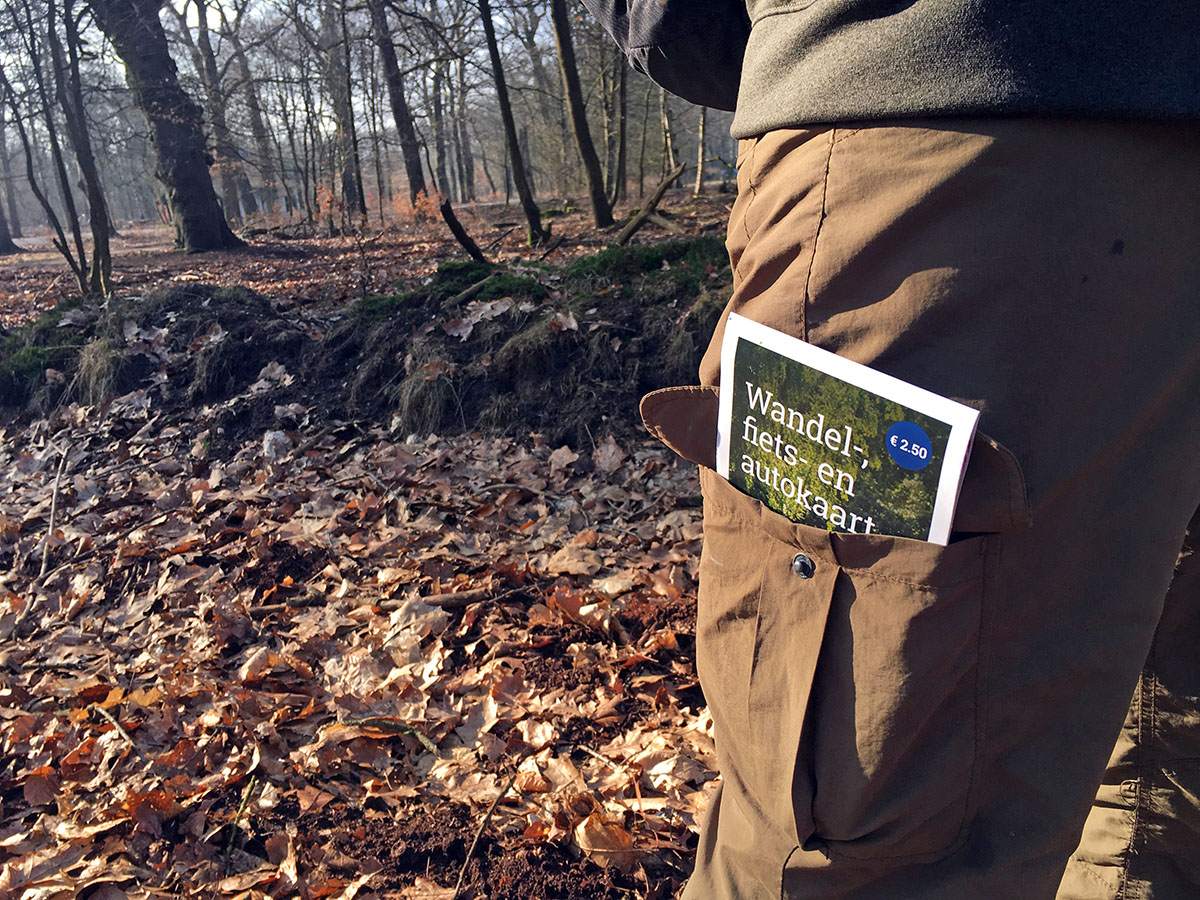 Hoge Veluwe National Park is known for its ‘white bikes’: simple bikes that you can borrow to move yourself around the park. They don’t have gears and are quite simple, yet they come with a child seat at the back so kids can come along as well. Depots for the bikes can be found at all entrances as well as Museonder, Jachthuis Sint-Hubertus and the Kröller-Müller Museum. In the park you can find two different cycling routes: route 1 from Otterlo (10km) and route 2 from Schaarsbergen or Hoenderloo (20km). The biking trails are paved and well maintained. They will take you across the park and to spots that cannot be reached by car. Of course you may also bring your own bikes into the park. Biking in Hoge Veluwe National Park is a lot of fun for everyone! 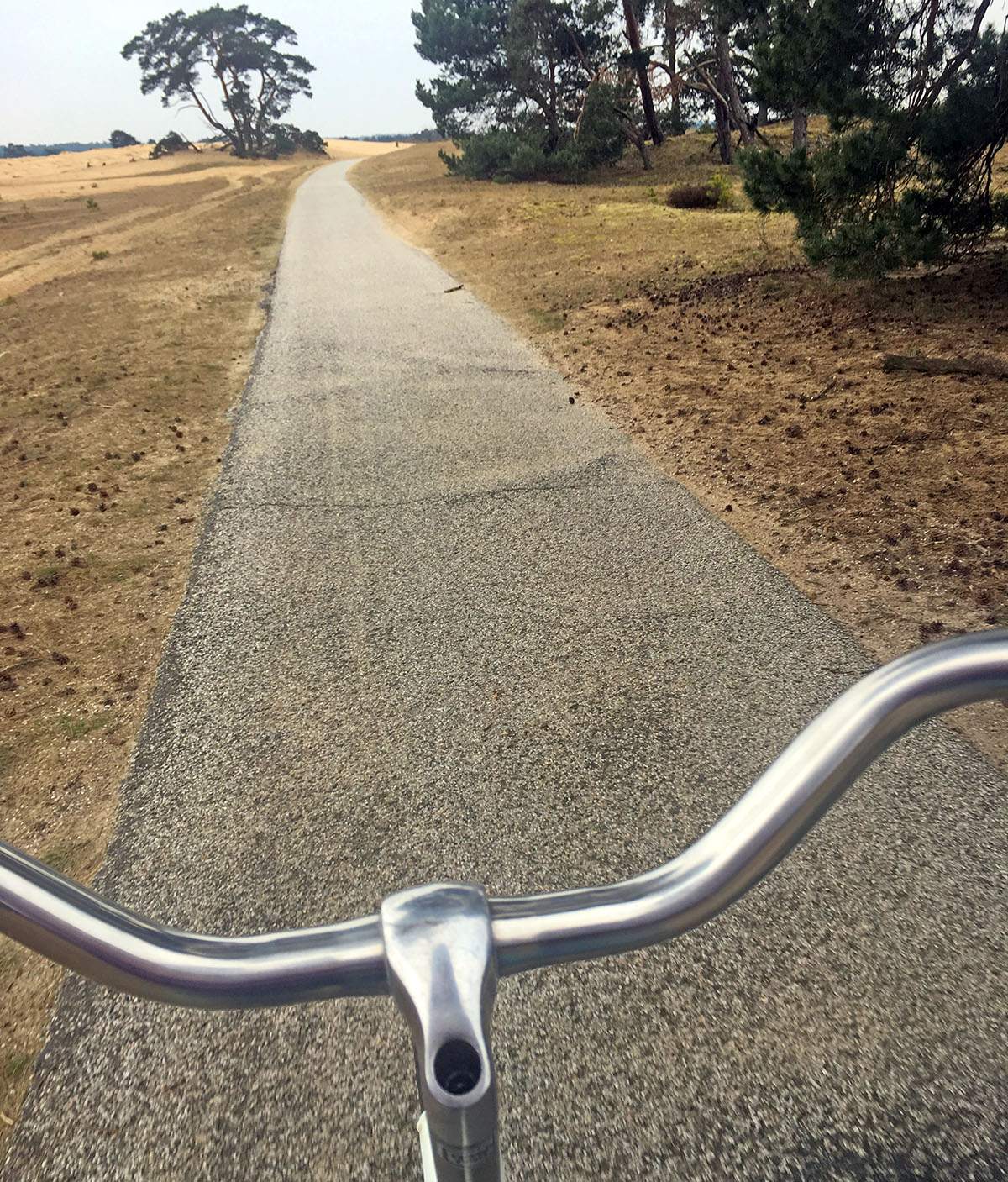 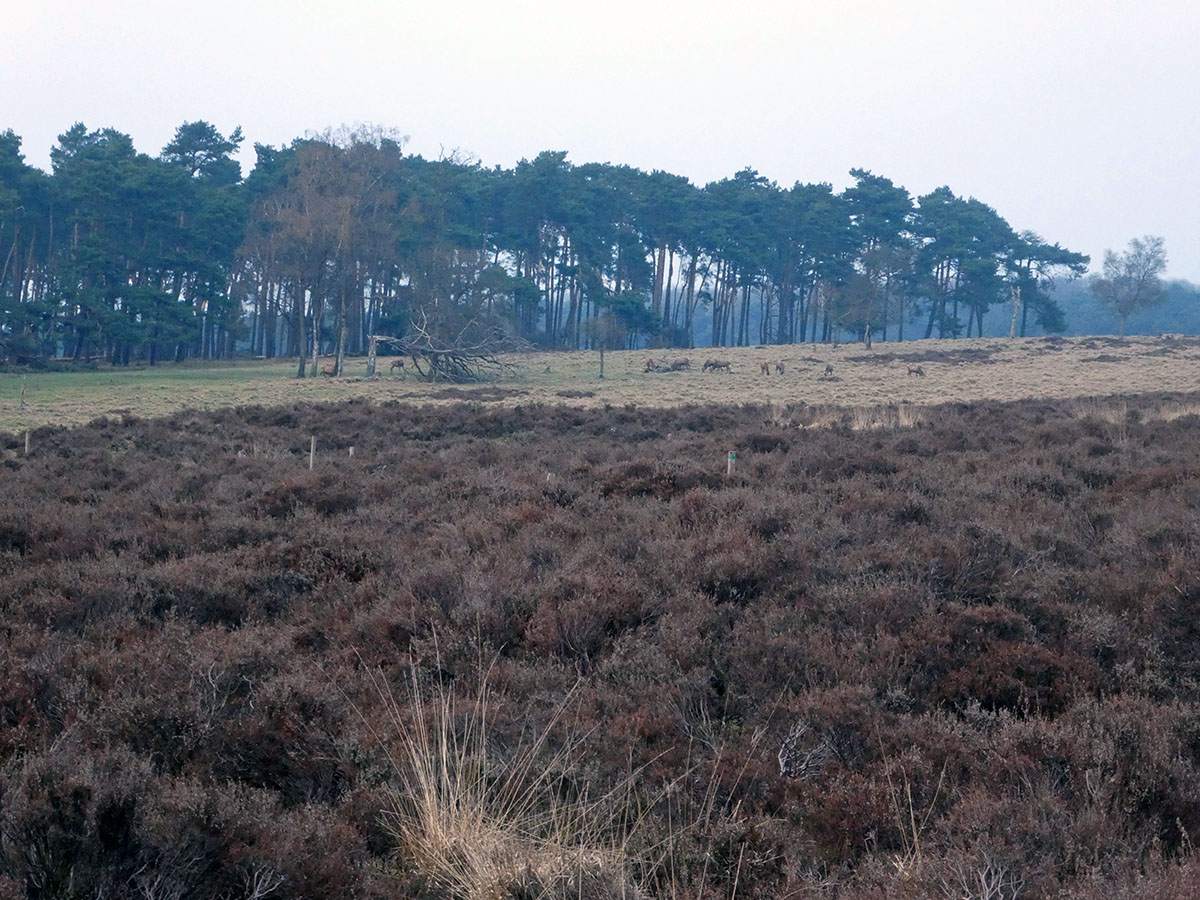 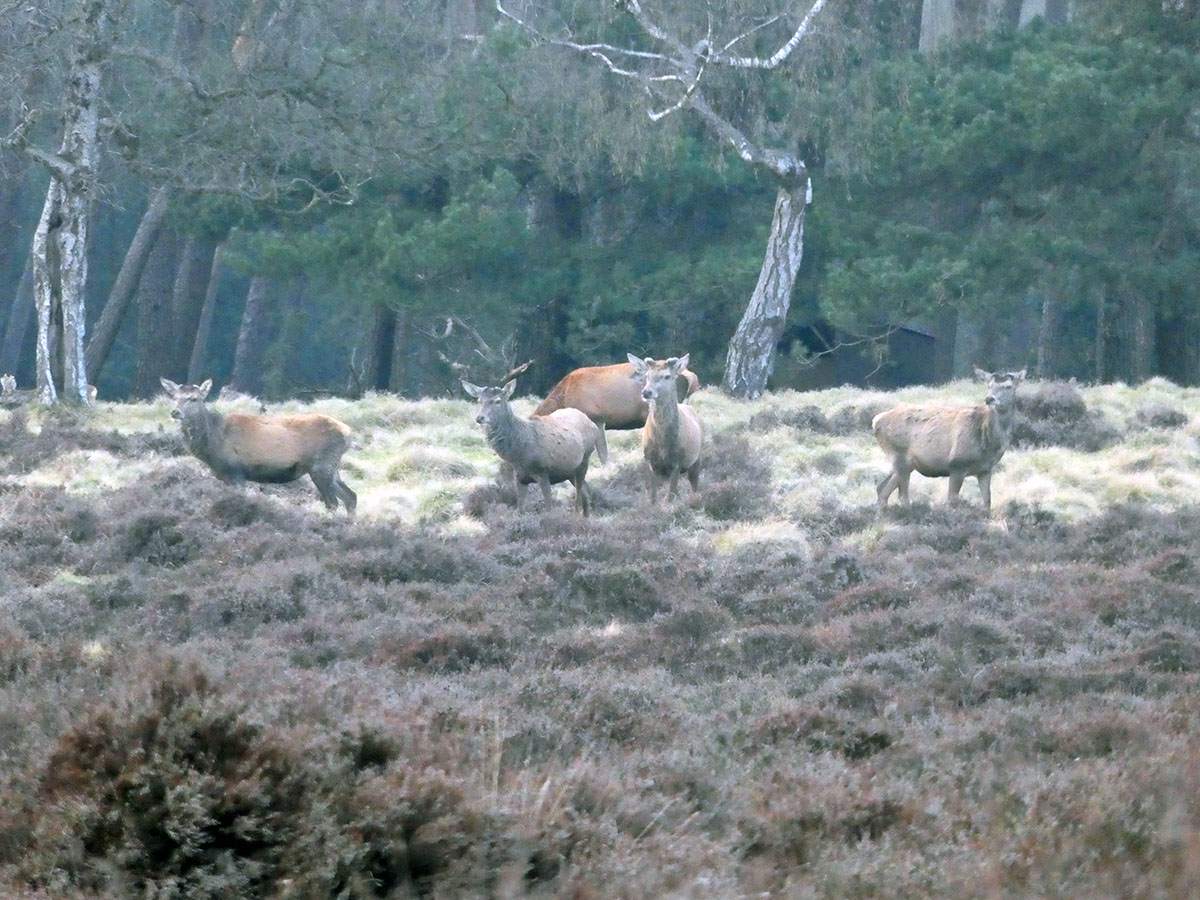 – Park your car at Otterlo (or catch a bus from Arnhem train station) and hike from the entrance to Schaarsbergen along the Veluwe Zwerfpad, a 13 kilometer distance. Highlights of this section are the gorgeous Jeneverbessenbos and and Oud-Reemsterzand. Optionally you can head off the trail for a while here and walk to Bosje van Staf, where you can usually see some wildlife hanging around. Once at Schaarsbergen you can cycle back using the white bikes or catch the bus back to Arnhem train station. Extra tip: right across the entrance you will find a really fun pancake restaurant called Den Strooper, a great place for a late lunch or early evening meal.

– Park your car at Schaarsbergen and grab a bike. From here, cycle to Hoenderloo on bike route 2. Along the way you can stop at IJzeren Man and the Deelense Was boardwalks. Leave your bikes at Hoenderloo and hike 9.2 km to Otterlo. Along the way you can make a stop at Museonder and the park restaurant for lunch. From Otterlo grab another bike and cycle back to Schaarsbergen, visiting De Pollen and Reemsterweg along the way.

– In case you have two days available and enjoy camping, you may choose a two day hike through the park and overnight at the nature campsite near Hoenderloo. Start at Otterlo and hike Trekvogelpad (red-white marking) to Hoenderloo, a 13.3 km distance. The next day you can take the Veluwe Zwerfpad from Hoenderloo to Schaarsbergen, a 19 km hike. Both routes meet the visitors center and the park restaurant and the camping gear you will need to bring yourself and carry on your back. 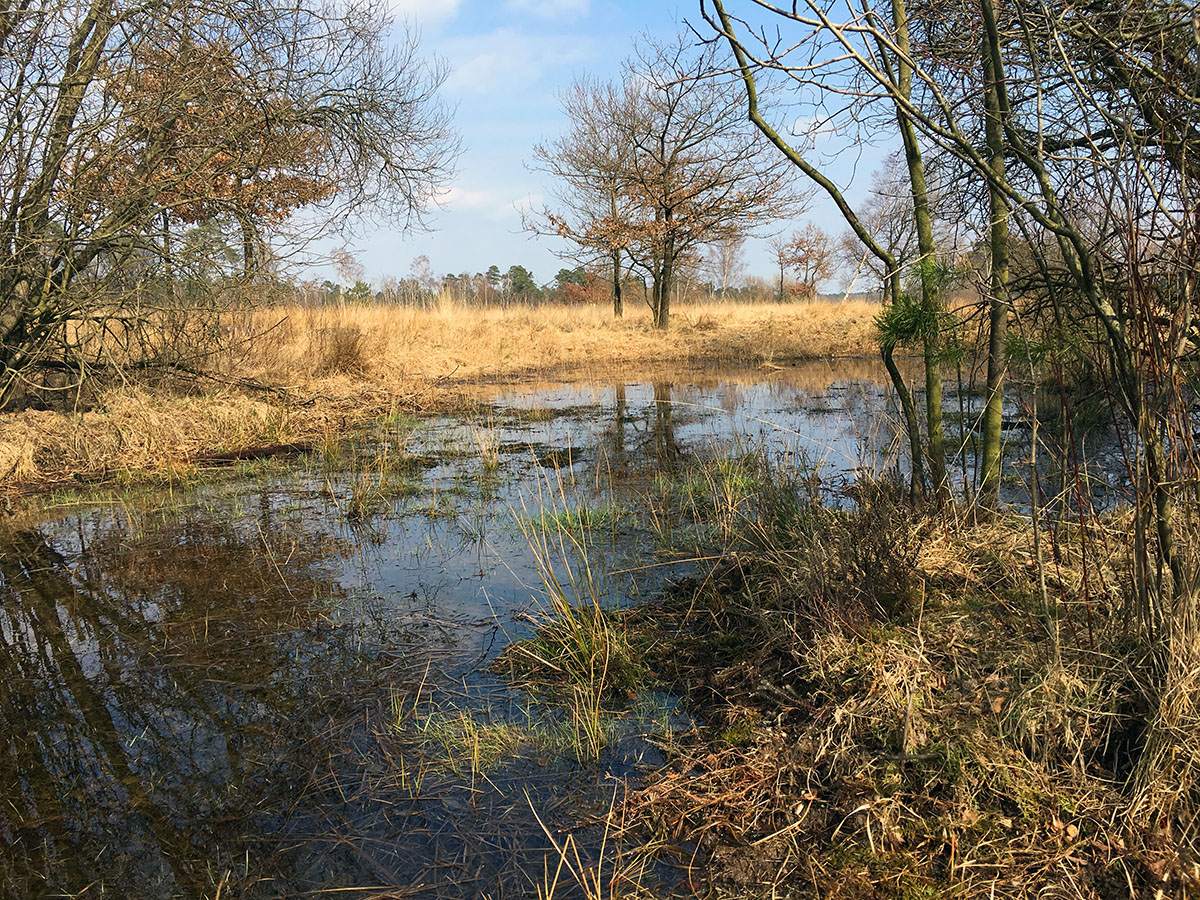 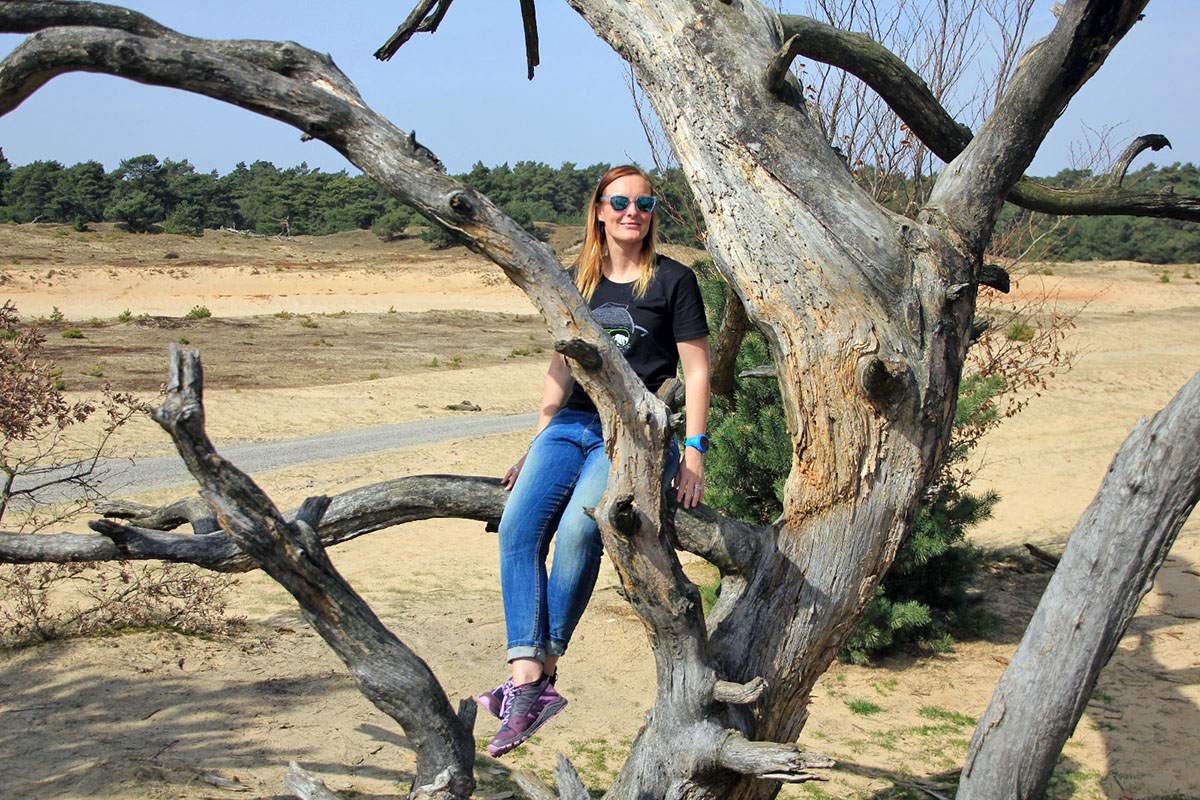 At all entrances you will find posters with roads and cycle trails. The hiking trails are not marked however you can buy a map at € 2,50 including all biking and hiking trails. It’s a small investment however I’ve used the Hoge Veluwe National Park map quite a lot, especially figuring my own hiking trails, rather than walking the marked ones.

How much does a visit to Hoge Veluwe National Park cost

As previously mentioned, Hoge Veluwe National Park is the only national park in The Netherlands that requires you to pay an entrance fee. The adult fee is € 9,50, children 6-12 pay € 4,75 and kids under 6 will get free entrance. When you arrive by public transport this will be your only costs, in case you arrive at the park by car there will be two options. Option one is to park your car at one of the entrances for € 3,40. The second option is to enter the park with your car, this will be € 6,75 including the parking. In case you plan to visit more than once, it may be interesting to buy a protector card which gives you unlimited access. All prices for that option can be found on the national park website.. As I live in Arnhem, I’m a ‘neighbor’ and paid some € 45 for 2018. 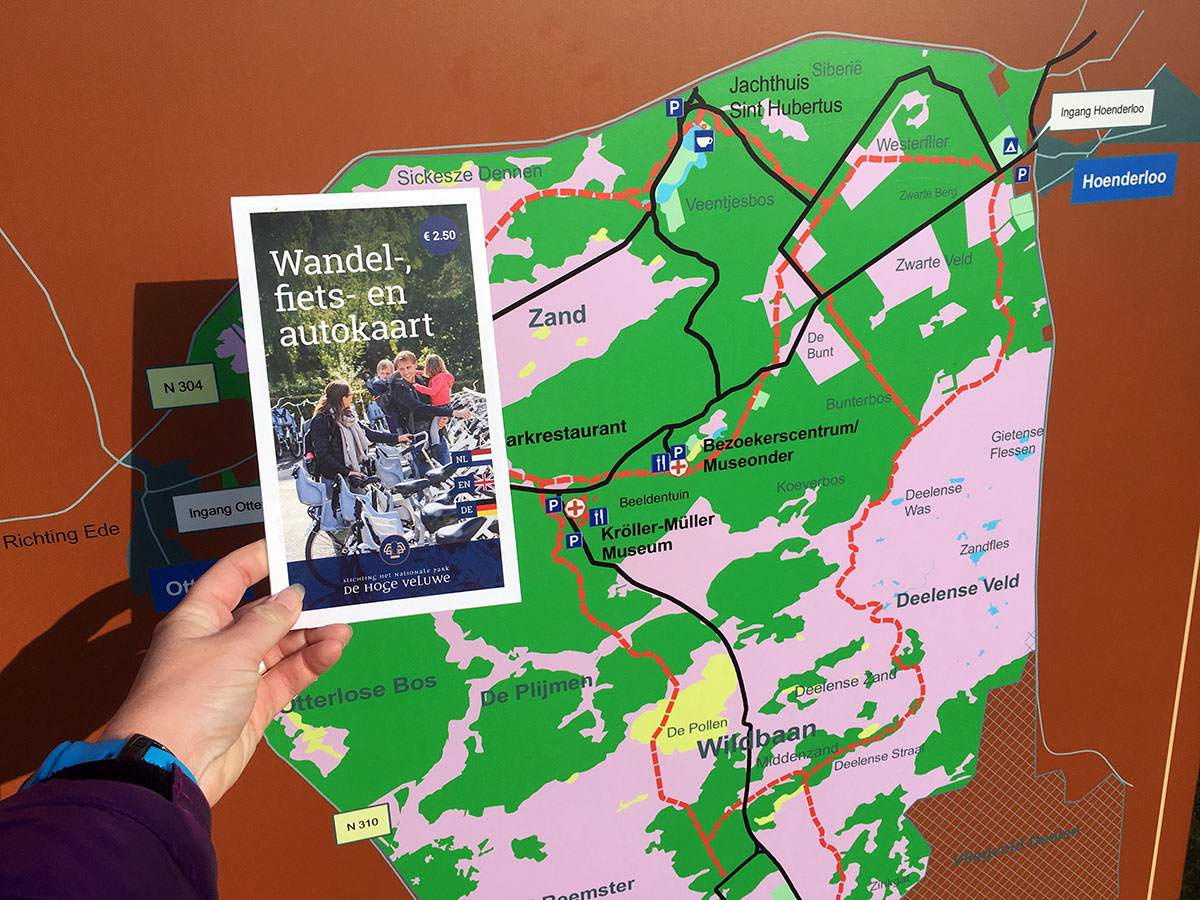 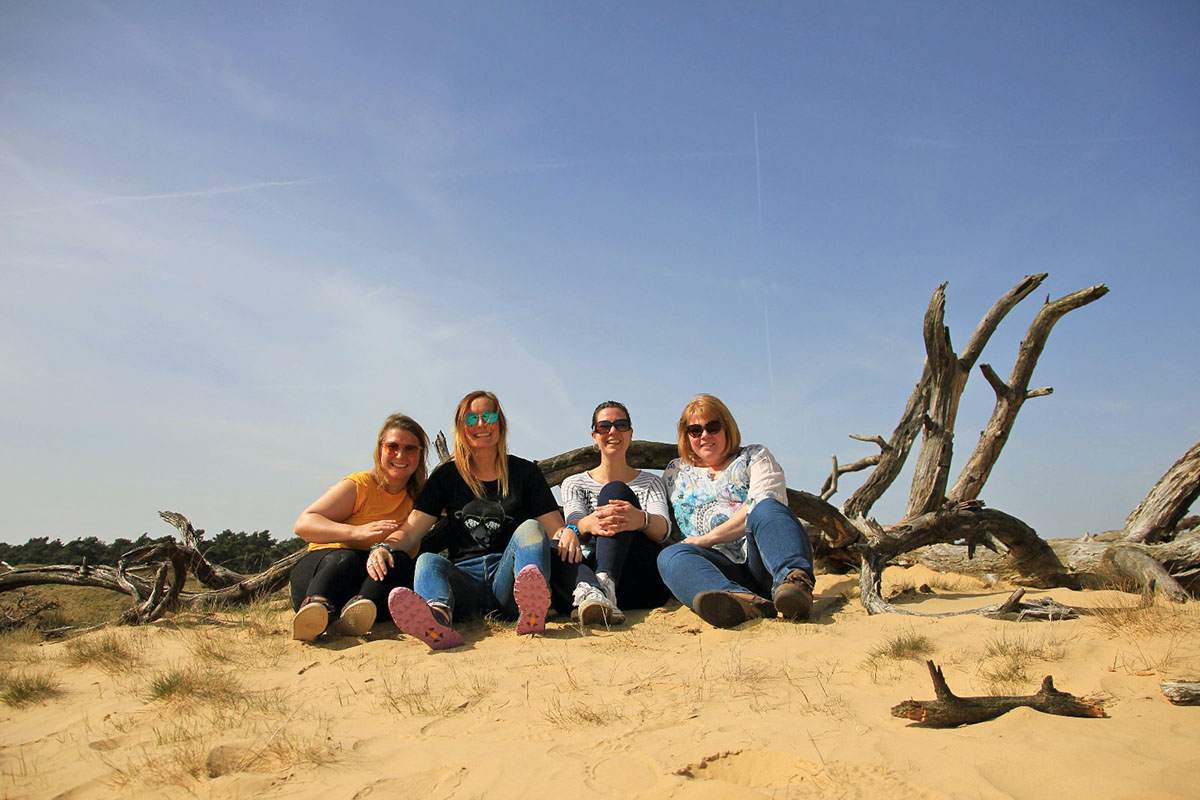 There are plenty of options for overnighting near Hoge Veluwe National Park. In the park you have the option to overnight on the nature camping near Hoenderloo. There are numerous commercial campsites spread out all around the park, outside the park limits, as well as various hotels, bed and breakfasts, holiday parks and more. Summer tends to be the busiest season and more quiet alternatives are Oosterbeek and Wolfheze. Check all possibilities and availability here.

I hope you enjoyed reading my first blog about Hoge Veluwe National Park. While writing this blog I gathered all the books and maps I have of this area and instantly decided to head out again tonight to see wildlife. Any questions? Feel free to ask!

Want to read more? You may also enjoy the following posts I wrote about micro adventure in The Netherlands:
– Ziplining from the Euromast in Rotterdam
– National Parks of Friesland in pictures
– Mudflat hiking: must-do or nightmare from the past

A personal update and fun things coming up! 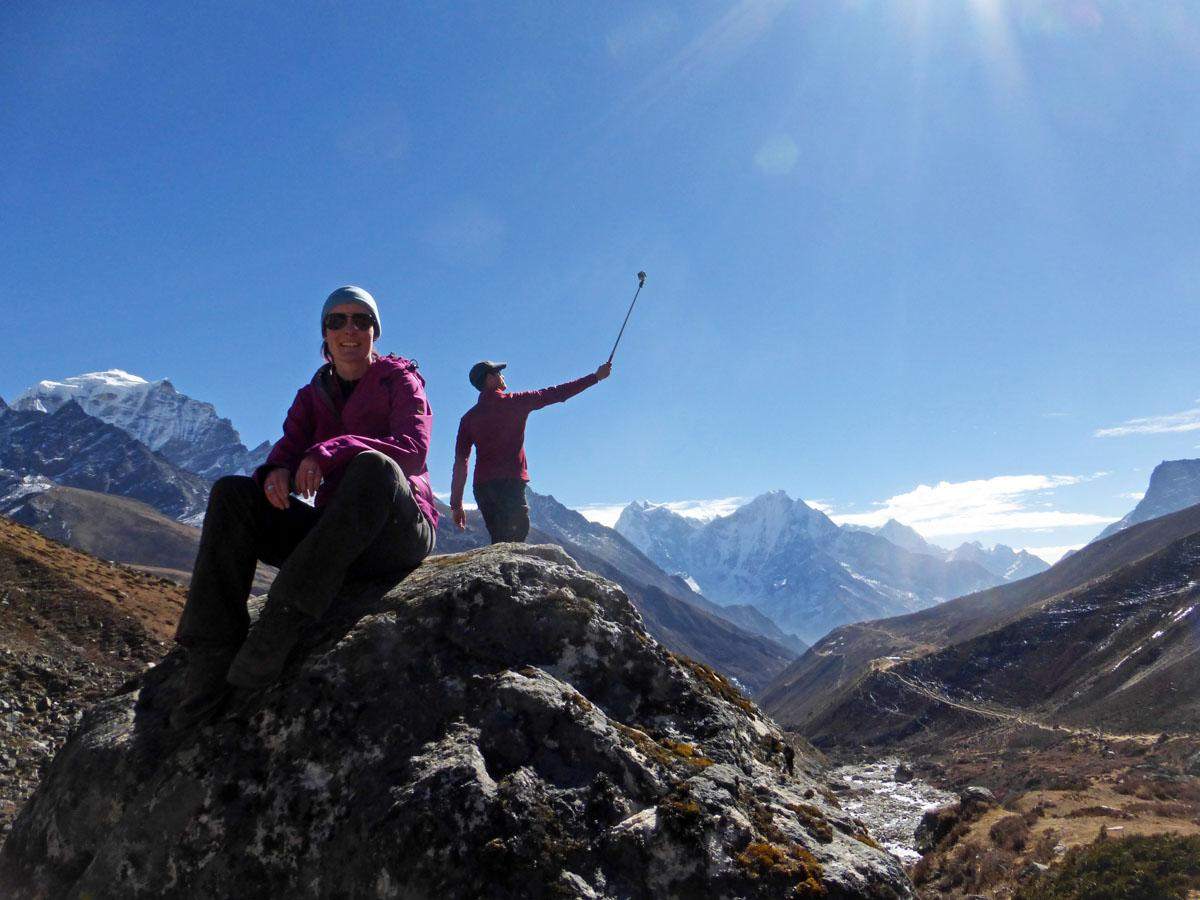 Myths about my life as a travel blogger that are not true!