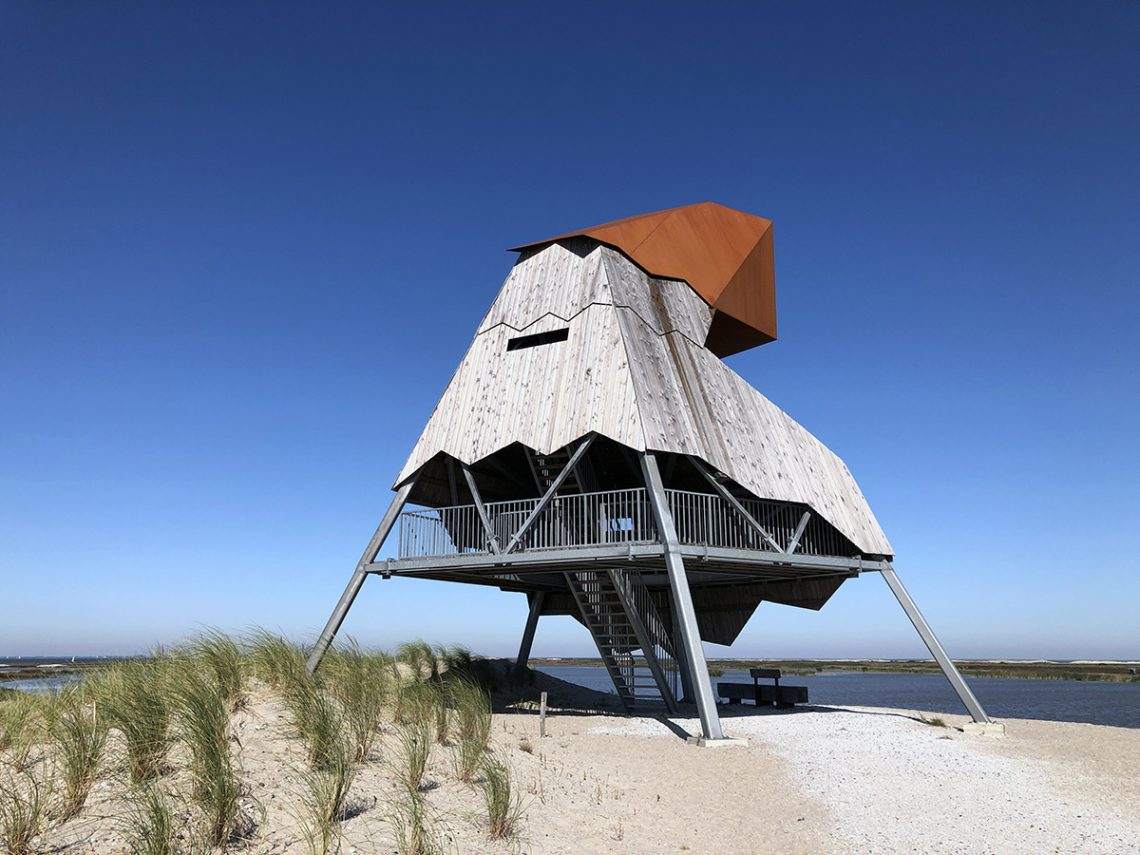 Have you ever heard of the Marker Wadden? This nature reserve in the Markermeer in The Netherlands consists of various islands and is part of the Nieuw Land National Park. The national park has been open to the public since 2020 and I was asked to visit Marker Wadden in collaboration with Dutch National Parks. In this article I will tell you all about it including a lot of practical information for your visit. Enjoy reading!

Also read: a micro adventure on the Wadden Sea during a running aground excursion

About the Marker Wadden and National Park Nieuw Land

The Marker Wadden are part of the Nieuw Land (New Land) National Park, the 21st and newest national park in The Netherlands. The other parts of the Nieuw Land National Park are the Markermeer, the Lepelaarsplassen and the Oostvaardersplassen. Together they share the rich history of the former Zuiderzee and the creation of the Flevopolder.

You can visit the Marker Wadden in various ways. For example, a ferry goes to the Marker Wadden from the port of Lelystad, the rates and the sailing schedule can be found on the Natuurmonumenten website. You can also join an expedition, I traveled with the Abel Tasman via Rederij Naupar. If you have your own ship, you are also very welcome in the port of the Marker Wadden. The national park is not accessible over land.

The Marker Wadden is a walking island, bicycles and motorized transport are not allowed. Some paths are accessible for wheelchairs and disabled people.

An expedition to the Marker Wadden

It is a sunny Sunday in September when I arrive in the port of Lelystad. As soon as we have left the port of Lelystad, the sails are hoisted and we set course for the Marker Wadden. It is a clear day and soon I can already see the Haveneiland in the distance. Slowly but steadily we get closer and after lunch is served on board, the Abel Tasman moors in the harbor of the Marker Wadden. It’s busy because it’s a sunny day, but that can be expected on a Sunday after all.

I have two hours to spend on the Marker Wadden. I decide to stop by the information point first, which you can find near the harbor. The guided hikes and excursions are already fully booked for the day, so I decide to go out and explore by myself instead.

Bird watching on the Marker Wadden

My first stop is at the Steltloper observation tower, which is located on the beach of the Marker Wadden. From the lookout you have a wide view of the Haveneiland and the Markermeer. I quickly shoot some photos and then continue my way to one of the bird watching spots.

Because the Marker Wadden are still under construction, there are warnings about quicksand here all around. It is important to stay on the indicated trails and not leave them.

Not much later I arrive at birdwatching hut Lepelaar. There are not many other people when I step inside and it shows that there are no other birds to be seen at the moment except ducks. I scan the water anyway, but see no other birds.

Via a number of beautiful boardwalks I walk to the next birdwatching hut: Duikeend. This is a very special viewing hut because you can partly see under water. I see a heron and various other birds. Because of the distance to be kept, I cannot stay long because I would also like to give other visitors the opportunity to spot birds from this unique location.

Once back at the harbor, I have about fifteen minutes left before I have to board the Abel Tasman again for the return sailing back to Lelystad. I decide to buy a drink at the beach pavilion and enjoy the wind in my hair and the sun shining on my face on the beach. It’s clear that the beach is a popular destination because I have not seen as many people as there are here on the rest of the island.

By then it is time to return to the ship for the return trip to Lelystad, where we sail back into the port about two hours later.

An expedition to the Marker Wadden: yes or no?

Personally, I found the two hours I had on the short side. As a nature lover I love to stroll around at my pace, to be somewhere for a longer period of time with my binoculars and to explore everything at my leisure. Because I was a bit under time pressure, I felt like I had to hurry and couldn’t take the time I normally would.

Having said this, I think that two hours are more than enough for non-bird watchers to get a good impression of the Marker Wadden. You can visit the Steltloper in the two hours as well as some bird huts and combine this with a visit to the beach.

Staying overnight on the Marker Wadden

If I go to the Marker Wadden again in the future (which I certainly plan) I will try to stay there overnight. Because many boats dock mid-day, the island is also busy around that time. As the accommodation options are limited, I heard that you are almost alone on the island in the evening and in the morning.

At this moment there are a few cabins from Landal Marker Wadden and the opening of a natural camping area is planned in 2021. With your own ship it is also possible to spend the night on the Marker Wadden.

Walking on the Marker Wadden

Various walking trails have been laid out on Haveneiland that are flat and easily accessible. At the pavilion you can get a map of the Marker Wadden with the hiking trails and an overview of the viewpoints. Besides the Steltloper there are two bird huts and there is also a bird watching screen Aalscholver, which I could not visit due to the limited time. All sights are within walking distance of each other. Some trails are closed during the breeding season, inquire at the information point about the possibilities. In addition, various guided walks are organized by Natuurmonumenten.

Dogs are only allowed on a leash around the harbor basin. There are no garbage bins so carry out what you carry in and there is only a public toilet at the pavilion. The island is still under construction and so not everything is accessible, sometimes you will see an excavator or other construction tools in the landscape. Surfing and drones are not allowed on the Marker Wadden.

Short but sweet, that was my visit to the Marker Wadden in National Park Nieuw Land. The short visit certainly convinced me to come back again and perhaps spend the night on the Marker Wadden in the future. I thought it was very impressive to see how man-made nature can bring about so much beauty and become a home for so many birds.

I made this expedition to the Marker Wadden in collaboration with Dutch National Parks. All opinions expressed are of course only my own. I will visit five national parks and nature reserves in the fall of 2020, the other articles I wrote about this can be found here.