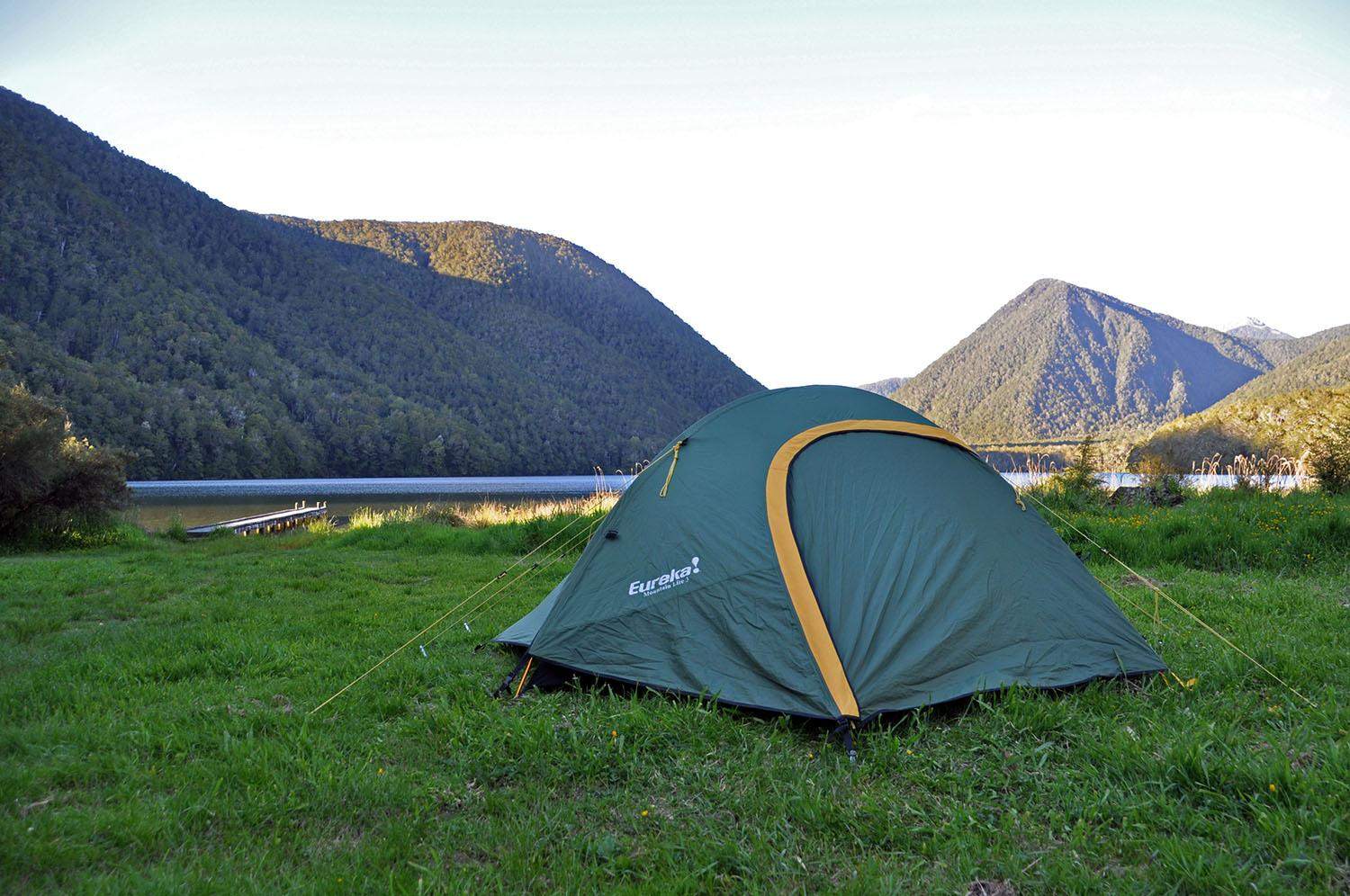 Two years … that’s how long it’s been since we came home from our dream trip through New Zealand. We spent 6 weeks camping, tramping, kayaking, mountainbiking, doing all the fun outdoor stuff. We once again fell in love with this awesome place after our first visit in 2002. Last night I was watching a Dutch tv show where the host went to Queenstown, from there took a ride to Haast and then started walking for 2 days. Eventually she reached Robert and Catherine Long who live in complete isolation, 50 km away from the nearest road. A dream or a nightmare? I can’t decide!  Even though we were never that far away from the real world while backpacking through NZ it still reminded me of all the good times we had. All the fun hikes we did and all the amazing places we saw. One of the most memorable hikes we did was the Lake Daniell hike. We had never heard of this place before but a Kiwi friend who currently lives in The Netherlands told us about this spot. We had been staying at a mountain hut at Nelson Lakes National Park the night before where we had spent the night all by ourselves. We weren’t quite ready to share nature with others yet and Lake Daniells proved to be perfect for that. 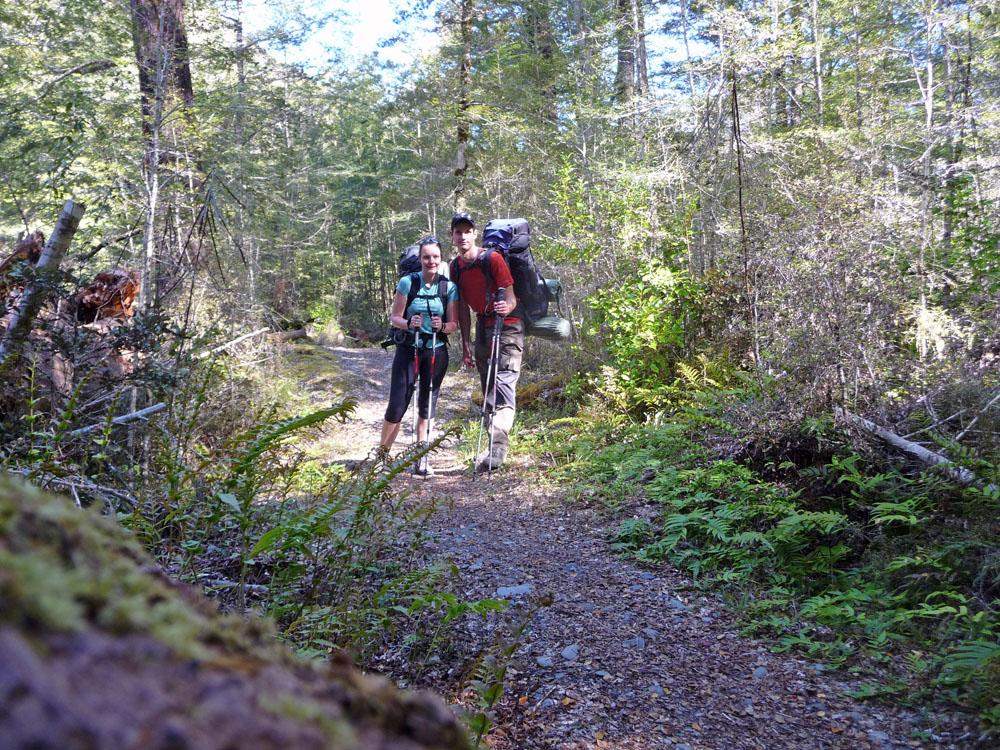 Apparently it’s a great family hike and it can get busy on the trail. While walking in during the late afternoon we barely saw anyone. We were just warned by a DOC sign that a bridge had been broken so stream crossing could be necessary. But as it turned out, the Lake Daniell hike was easy and flat and most of all … silent! Upon arrival at the hut we decided to pitch up our tent instead … it was truly one of the most scenic places we had ever been to for camping. 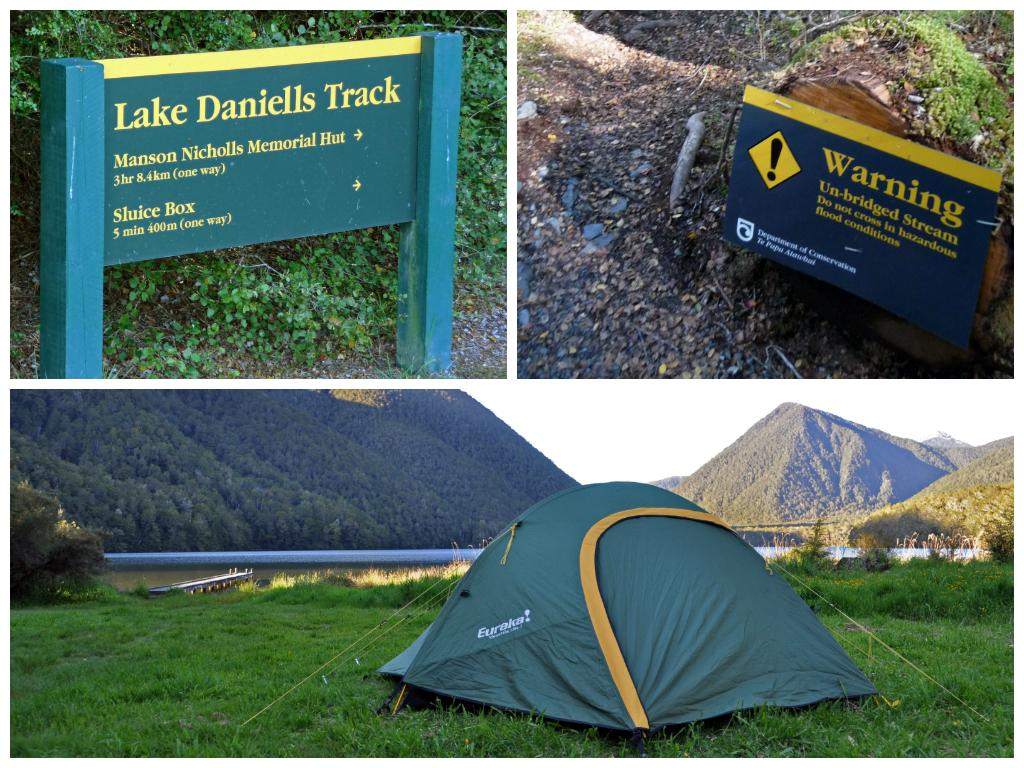 And with that came the sandflies. This quote comes from Lonely Planet and belongs to Sir Ian McKellen.

“As an unpaid but enthusiastic proselytiser on behalf of all things Kiwi, including the New Zealand tourist industry, I hesitate to mention the well-kept secret of sandflies. I first met them en masse at the glorious Milford Sound, where visitors (after the most beautiful drive in the world) are met, at least during the summer, by crowds of the little buggers. There are patent unctions that cope, and tobacco repels them too, but I would hope that travellers find them an insignificant pest compared with the glory of their habitat. Oddly, when filming scenes for Lord of the Rings I don’t recall being bothered by sandflies at all. Honestly. Had there been, we would have set the orcs on them.”

The sandflies came after me, they found me, they bit me and they nearly killed me. The itch almost killed me. Lake Daniells was the perfect place for them to attack an innocent traveler from The Netherlands. However this couldn’t keep us from loving this place. The sunset lit up the mountains and the sunrise went by in peace and quiet. It was just us and the mountains. Oh and yes … the sandflies ofcourse! If you ever go to New Zealand, be sure to walk the Lake Daniell hike and if possible, camp overnight. I’m sure you will love it as much as we did! 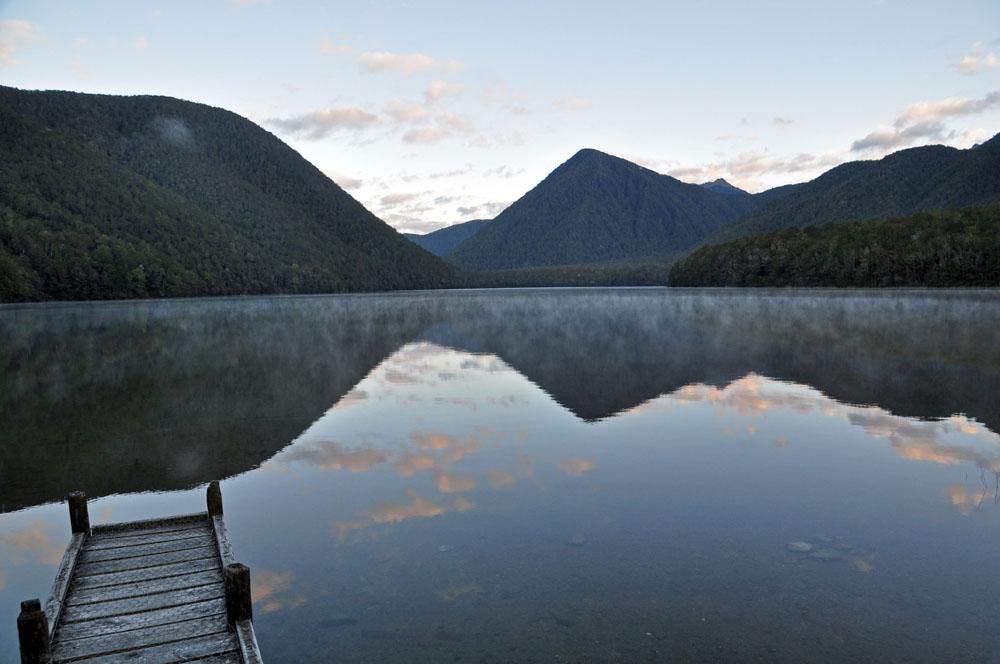 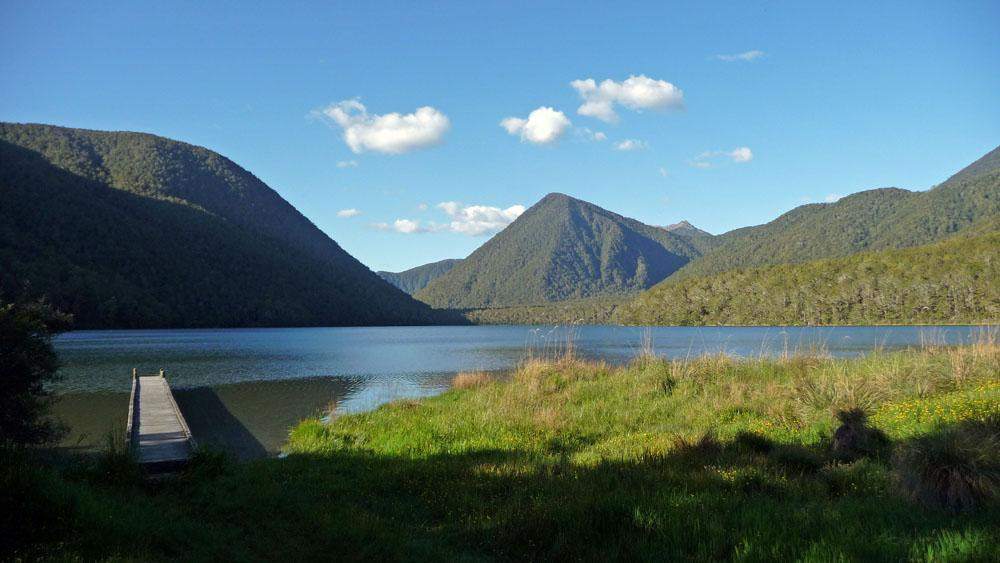 New Zealand will always be one of those places we will keep on wanting to go back to. We’ve spent about 3 months there so far and still there is so much to do, so much to see and so many tramps to be taken. Damn you for being on the other side of the world, New Zealand!

Want to read more about our trips to New Zealand? You may also like the following posts:
– How to spend 24 hours in Mount Cook National Park
– Things to do in New Zealand that don’t involve hiking
– The ultimate guide to New Zealand for outdoor fans