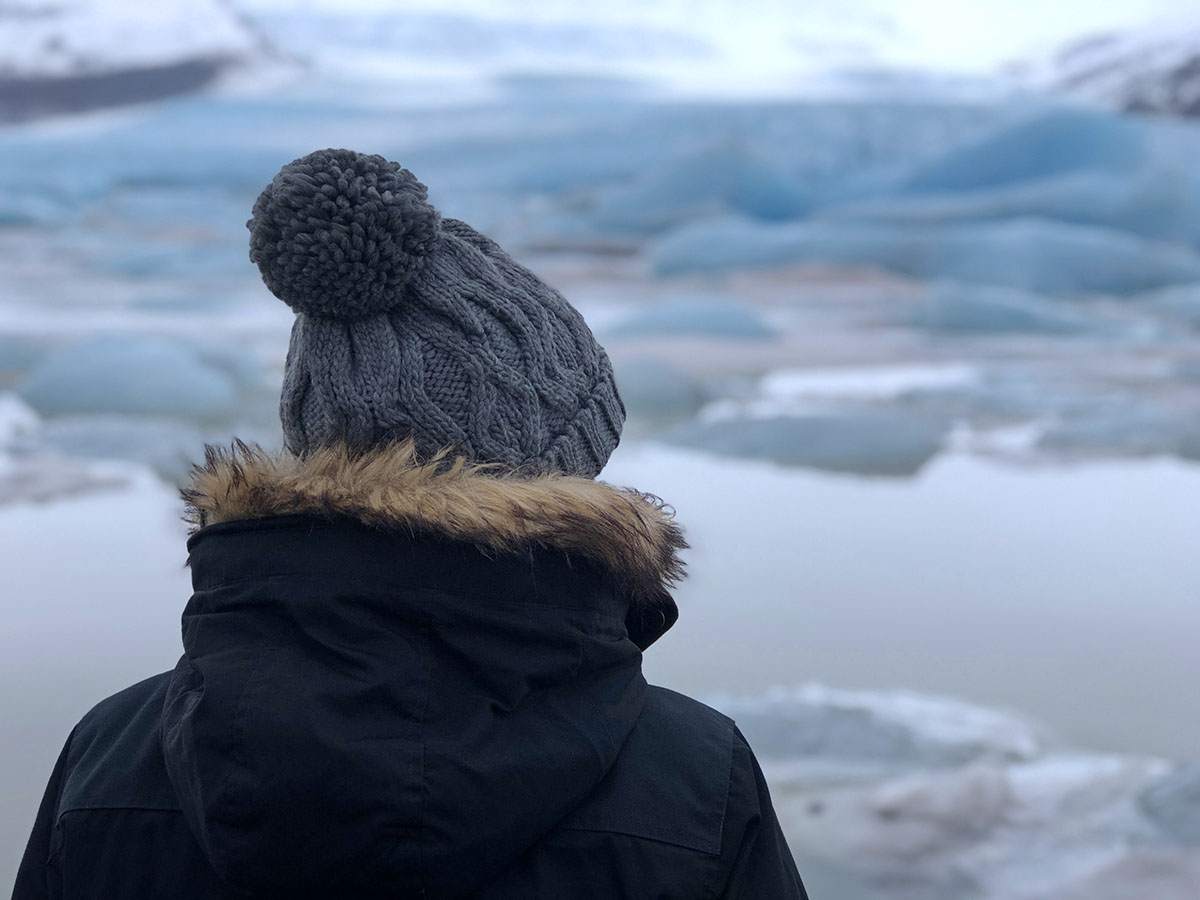 Iceland – a story about fire and ice, hate and love

As you may have seen on my social media channels, I recently visited my beloved Iceland for the tenth time. I was eager to introduce my boyfriend to this special destination for the first time and therefore decided to combine a vacation with a work trip. Because after all, if you work in the travel industry, it is rare that you really are completely on vacation as I always see a story or a picture moment in happenings. This may seem a bit strange, but I’ve been working in this sector since I was nineteen (which is nearly half my life), so I am used to it and don’t really mind anymore.

Last week I was in Iceland for the tenth time. To me, it’s still a special destination that I visited for the first time in 2006 when I was passing through from New York to Amsterdam. I was immediately impressed by this special country. By the rugged nature, the friendly people, the cozy but modern capital Reykjavík and the unique landscapes.

The fact that Iceland has changed a lot in recent years was already obvious to me because of the large interest for my Iceland stories. However what I witnessed this time was quite painful in some places. The word ‘over-tourism’ undoubtedly applies to Iceland, or at least large parts of it. And that hurts, quite a lot. Not because I don’t want Iceland to be available to others, but because I’ve witnessed with my own eyes the horrible way in which people treat Icelandic nature. If you are planning to go to Iceland, then please take a moment to read the below. And make sure you will not behave as other tourists do.

Let me start by saying that I think it is increasingly important to be aware of sustainable travel where possible. I’m not a saint when it comes to flying, but at least try to fly as little as possible. I also stick to the rules of the country where I am at all times, I contribute to the local economy by going local and I often promote a certain destination without being compensated in any way.

Of course I am already aware that an increasing number of tourists is not showing respect to nature anymore and just do what they want. Many people have no idea how to treat nature with respect. People often do not see the danger of mother nature and just think of that one selfie they want to have. If you see what they do to nature or how they endanger themselves, it’s quite painful. At least to me it is.

Also read: tips for Iceland in winter – things to know before you go! 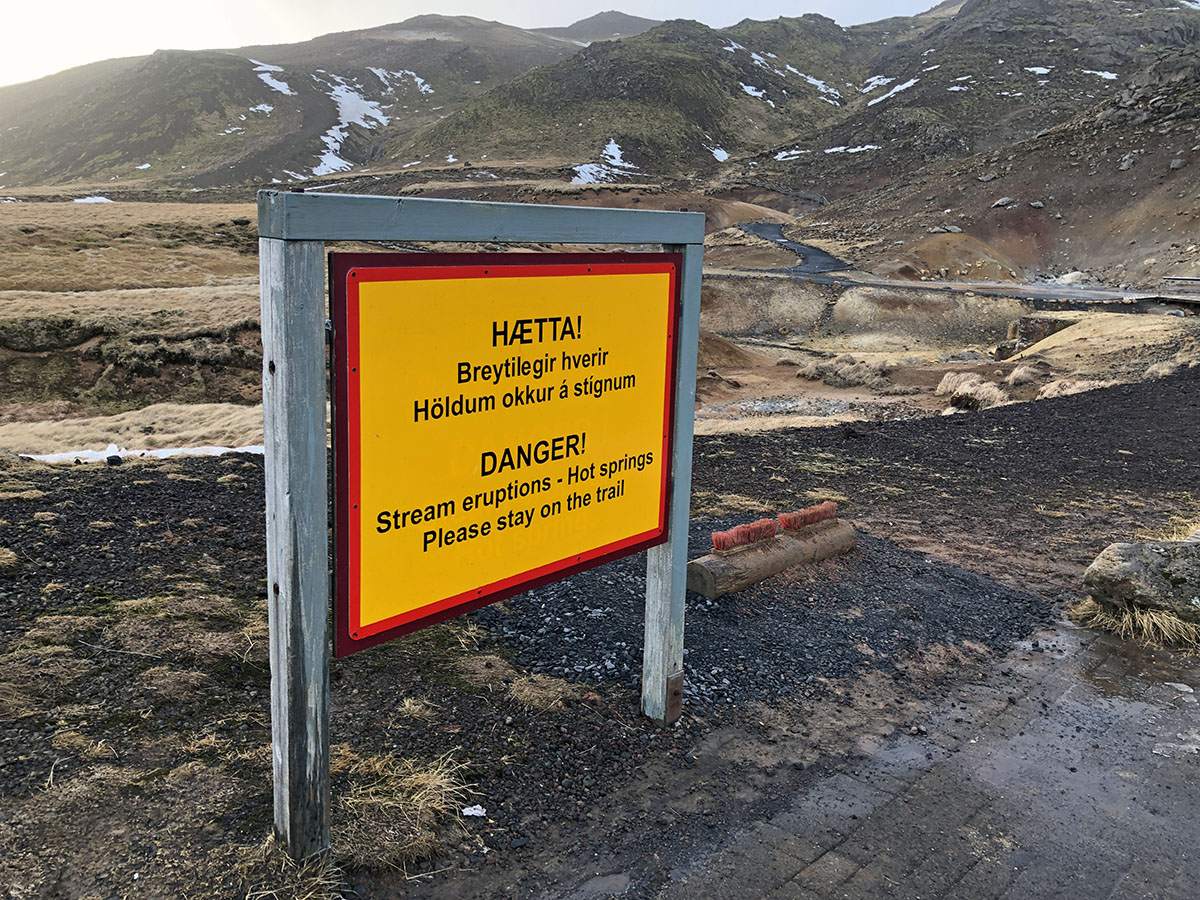 What a tourist in Iceland does

Below are some painful examples of events that I have witnessed with my own eyes while in Iceland last week. And no, none of these things I have made up. Trust me.

– During my hike to Reykjadalur Hot Springs bad weather was predicted for the afternoon. Although it was sunny in the morning, there are warnings everywhere to keep an eye on the weather forecasts at all times. Once we were bathing in the hot stream, it started to snow quite hard. Time to get dressed again and to descend down, a walk of about 45 minutes. Just before we were back at the car, a young couple walked up, wearing just a woolen jumper, sneakers and jeans. While it was pouring cats and dogs. The famous Icelandic horizontal downpour. They had no hiking boots, no rain gear, nothing like that whatsoever while it was freezing on top of the mountain … I really feel sorry for the Icelandic Search & Rescue that has to save these kind of idiots on a voluntary basis every year!

– We were invited a Volcano & Lava tour with BaseCamp Iceland. Our guide told us that the lava cave that we would visit is almost impossible to find and that it is totally unwise to head inside by yourself. And that it is actually forbidden to be in the cave without a guide. Before going in, we figured ‘what kind of fool goes into a lava cave without a guide?’ But guess what… not much after us a group tourists came into the cave. With just an iPhone in their hand and no idea what they were doing. Our guide kindly but urgently asked them that they’d leave the cave as soon as possible. Later we learned how easy you can get lost in such a cave and how dark it is when you have no more light or your phone’s battery dies. The trip was great but I would never have dared this without a guide!

– During our visit to the iceberg lake of Fjallsárlón (totally recommended by the way!) a family had ventured off the signposted trail. A trail isn’t marked without reason, but they thought that the ropes that served as fences did not apply to them. The eldest of the group had walked on a patch of snow and sank through it. At least knee deep, perhaps deeper. As it was very compact snow he could not free himself and someone else had to crawl over the ice to dig him out. Mother and daughter were there and a third was filming everything with a GoPro and a selfie stick. Eventually the man in question crawled back to the trail without one of his shoes. 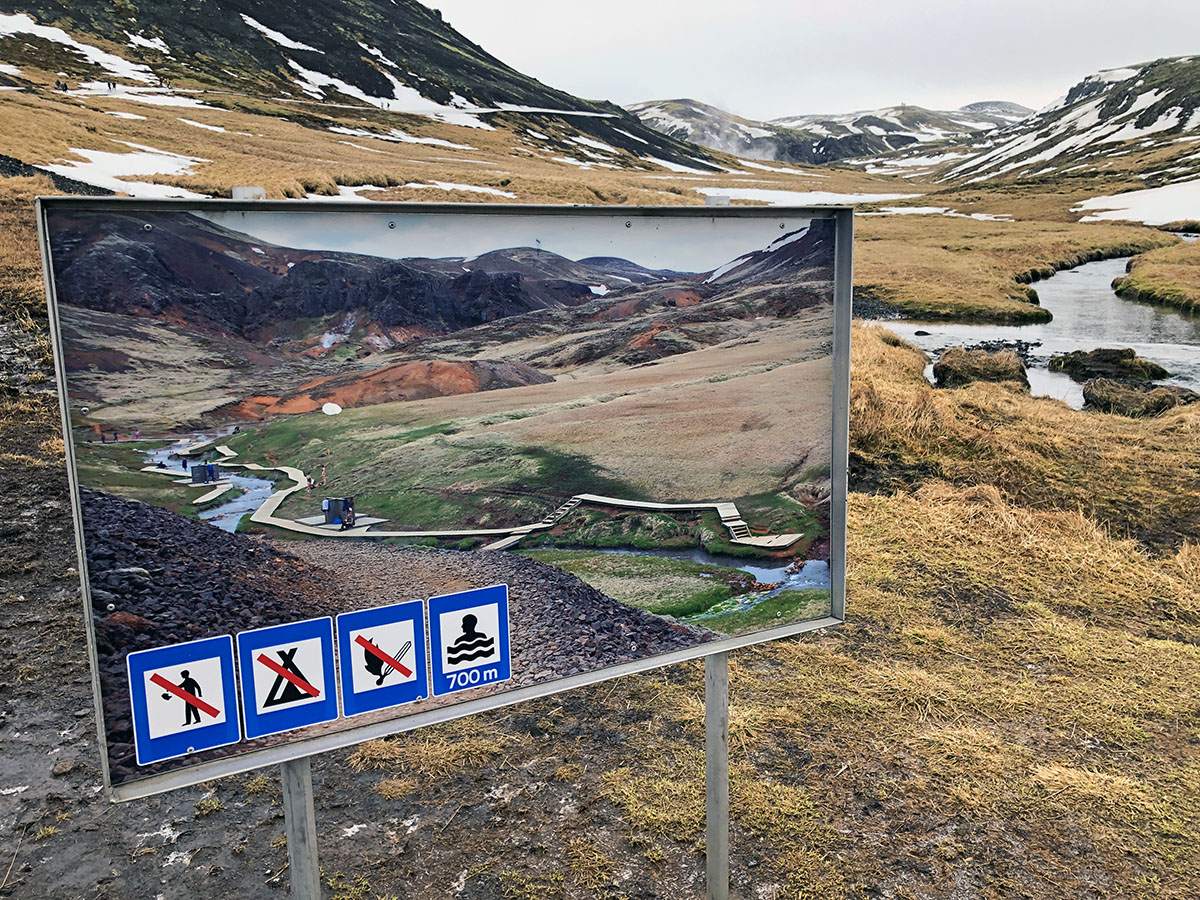 If you are surprised to read the above, then you are not the only one. I was unpleasantly surprised, too. And this this is not even all that I have experienced in a 6 day timeframe. Someone else thought it was okay to throw his / her plastic coffee cup at into a geyser, I witnessed people almost stepping into a hot stream and seen them climbing an iceberg in the glacial lagoon. Plus more, but I’ll keep those stories for another time.

You know, it wasn’t even the number of tourists that bothered me the most. However, the pushing and shoving some viewpoints was, as was the enormous load of selfie sticks, the people who only looked through the lens and the way warning signs were simply ignored. Really people, you should know better! Iceland and its nature show no mercy and nowhere else in the world have I been closer to death than here when I crossed a way too wild river by foot a couple of years ago.

Despite all of the above, I was glad to be back in Iceland. Happy and fortunate to see my Icelandic friend Birna again for the first time in more than a year, to have been able to bathe in hot springs, to have made beautiful hikes, have seen a lot of ice, have been able to eat a hamburger at the Hamborgara Fabrikkan and simple being able to experience my ‘northern happiness’ again.

Just after I stepped out of an overcrowded Secret Lagoon (‘We kept it unique for you’ … my ass!) I was confused for a moment and I wanted to write no more about Iceland. This feeling slowly changed into the realization that it’s my job is to warn people about Iceland. That it is busy (but still very beautiful), that it is rather expensive, that it is very dangerous at times and that it is not an amusement park. That we all have to pay more respect to nature because otherwise this beautiful country will be destroyed. Which is what nobody really wants.

Soon there will be more blogs about my beloved Iceland and my past trip. This country has stolen stole my heart 13 years ago and will always be a favorite destination of mine. No tourist can ever take that feeling away. If we’d all stick to the rules and be more careful, it would already be a great improvement. Thanks for reading!