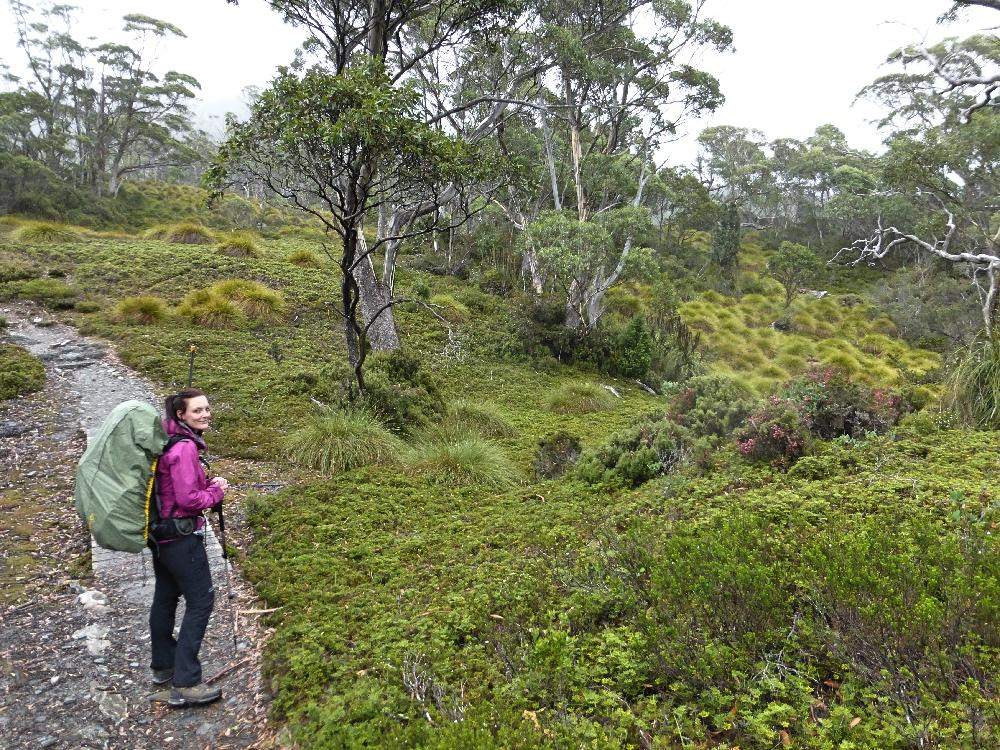 … But only for a while so don’t worry, I have not given up on travel nor was my lust for travel ruined forever. It just has changed. Over the past week we have received a lot of questions about our Tasmania trip from people that we saw. Most of them said, from seeing our pics on Instagram and Facebook for example: “the weather wasn’t that awesome, was it?” and I even heard “you didn’t really post a lot this time, did you like it at all?”

A while ago, I realized that Instagram was not just great for sharing pics but also for researching upcoming trips, what certrain places look like, what pictures you want to make (instead of browsing through shops with postcards upon arrival) and basically what to expect when you get to a certain place. I used Instagram like that before going to Nepal as I was curious what the town of Gokyo and the Cho-La Pass would look like, for example. Nowadays with Instagram you can basically upload any destination to your images whereas until about a year ago you could only add a location when you had actually taken the picture there. So, the danger is that people upload images to wrong locations, however when researcing the forementioned locations it gave me quite a good idea of what to expect and what the current conditions were. Needless to say that for Tasmania I did the same. I started following some big Tassie minded Instagram accounts and each night before I went to bed I browsed a bit using the #discovertasmania hashtag for some inspiration, while thinking ‘only XX more sleeps until it’s my time!’

When I started using Instagram, there was nobody on it, just very few of my overseas friends who talked me into starting to use it. I made an account and started us it as @travelleranto during my Berlin trip. You could call me an Instagram pioneer, my account is alive for nearly 4 years soon, much longer than most blogger accounts are. I was amazed by the filters and the ability to turn a really shitty photo into something that looks awesome. As a blogger, I should probably have deleted all these old photos because the would not match the criteria that are asked from instagram pics nowadays. But they are there because at some point, I thought they were good enough to upload and there for I refuse to delete them. The @travelleranto account changed into @we12travel and soon enough I found out that you could also upload photos that you did not actually take with your phone. I started ‘latergramming’ like crazy and all of a sudden the community seemed to grow and all my friends started creating accounts and uploading their stuff. Friends who I didn’t even know if having great photography skills or just very good with filters and an app. I learned that many bloggers didn’t even use the Instagram app for improving their pics but instead used other apps such as VSCO or Snapseed in order to create the perfect picture.

And there you go … they create the perfect picture out of something that is probably not perfect. And that’s how Instagram started ruining travel for me, without me realizing it…

The first Instagram post I did from Down Under, said that ‘Hobart and I didn’t hit it off straight away’ and here’s why. Upon arrival in Hobart it turned out to be a dark and gloomy day. Even though the dark skies were spectacular as a background, that first picture I uploaded to Instagram never got a lot of likes and someone even said something like ‘wow, looks like Holland with that grey sky’… Yes well people, that’s what happens when all everybody seems to be doing these days is upload perfect pictures. Instagram is no longer “insta”, it became “later”. Later to wait for days to make the perfect shot, wait until the weather has cleared or wait until that kangaroo is finally right in front of your lens instead of 3 meters away from it. As I’m not a photographer, I don’t have the time to wait for the perfect picture and usually move onto the next spot pretty quickly. We do a lot of multi-day hikes and generally, our trek gives us minimal time for photography. If the sky isn’t blue, that is bound to give me less likes on Instagram, at least with an audience our size. 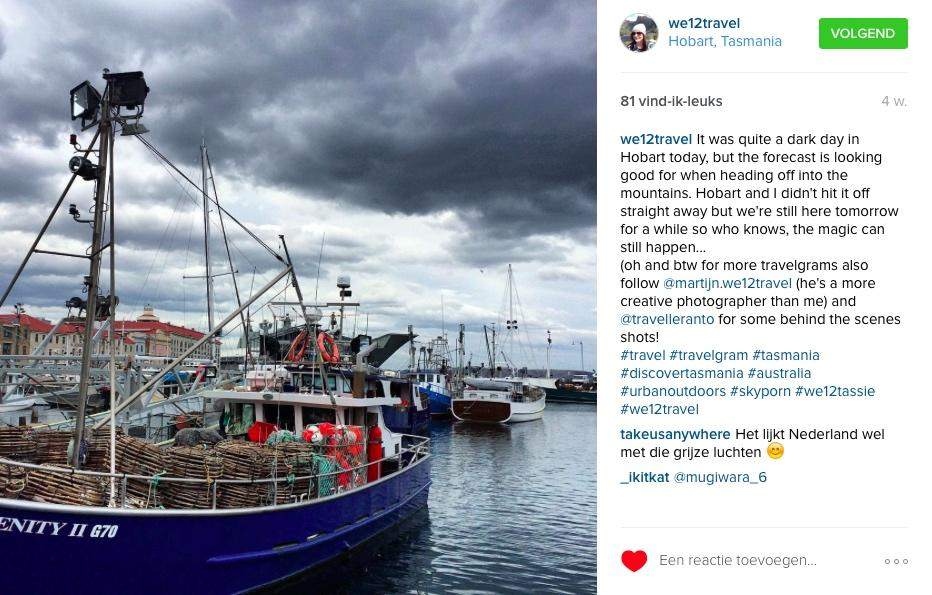 So – how did that ruin travel for me? As I said at the start of this blog, it’s not as dramatic as it sounds. However, Instagram tends to only show you (next to) perfect pictures which raises high expectations. Of course I know it rains everywhere in the world now and then and of course I know there is no such thing as a perfect world, nor a perfect picture. I just found myself disappointed with some places I saw during our trip, because it rained, because it was cloudy and because I just had other expectations about it. For example, the Bay of Fires is not nearly as fiery red when the sky is covered with a thick pack of grey clouds. The mountains of Cradle Mountain NP aren’t nearly as impressive as they look when the sun is shining. I could go on forever but you probably get the point.

Let me say that I totally owe it to myself that I was disappointed in a couple of places I saw because it’s just common sense to know that not everything is as beautiful as it is portrayed and you cannot expect to go to a destination such as Tasmania and have blue skies only. For a few days only I let this influence my mood. Each time I’d open up the curtains or the zipper of our tent, the first thing I did was look at the sky and take a deep sigh … “another cloudy day” … During my worst mood, I actually posted on my Facebook (in Dutch) ‘it would be nice to have some sunshine after it’s been raining 13 out of 15 days’. Posting something like this on my personal profile is so unlike me, I’m never this negative and hate people who complain on social media. However I still found myself doing it and seeing some comments from people coming in, I realized I had been a fool, letting the weather influence an amazing trip. So I decided to keep on posting pictures also of the weather not being perfect and I tried to think of other ways to capture the landscape without actually showing it was poor weather. And more important: leave behind my negative energy and instead become my own sunshine.

When I scroll through my business IG feed these days, I more and more realize that I’m getting tired of the perfect world we all want to create. How fake some pictures are, how people are imitating each other and there are less and less instagrams rather than latergrams. It’s fine, really, however it’s not my choice. I’ll keep running the @we12travel account the way you are expected to run it as a business but I’m not sure if I’ll be around much longer. Instead, I’ll go and enjoy the way Instagram used to be with my friends, posting silly pictures of things I do during the week, which probably wouldn’t receive any likes on the @we12travel account because they are not pretty enough… it’s a closed account but you’re happy to come and follow me there if, like me, you are tired of just seeing perfection on your feed.

I’m curious – do you agree with me? Or do you think I should just shut up?

On Sunday I generally talk about personal travel related things. Here’s some more reading material for you:
– 6 Things I stopped doing after 2 years as a travel blogger
– Pooping while trekking: this is how it works!
– How to travel 107 days a year with a full time office job