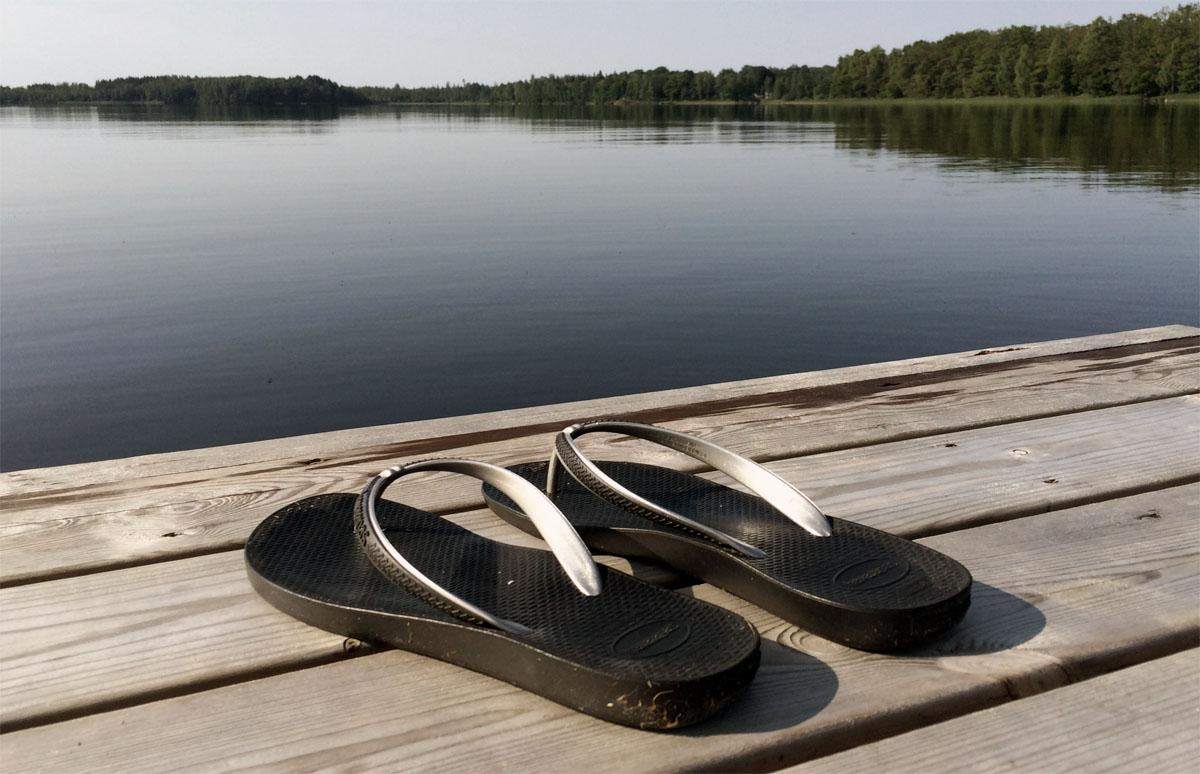 It’s Saturday evening around 7pm and I’m sitting on the porch of a stuga (holiday house) in Sweden. I just came back from taking a refreshing plunge into the lake and in a few moments dinner will be ready. Tonight it will be pasta from a bag. Normally I never eat anything from a bag but when in the outdoors, pasta from a bag is just fine. In fact, it will taste wonderful, after having spent a whole day outside.

Upon arrival in Sweden yesterday, somebody asked me if I’d been to Sweden before. “Sure” I said, “I’ve been to Stockholm four times”.  And she frowned. And I felt weird. For just a second, because then I realized I do the same when I talk to foreigners. I ask them if they have ever been to The Netherlands and when they say “Yes, to Amsterdam”, I always blurt “well Amsterdam is not The Netherlands”. And I’m sure that’s what the person I spoke to yesterday thought as well. Indeed, Stockholm is not Sweden, at least not the Sweden I am experiencing right now.

I’ve been in the Småland region only 24 hours and I already fell in love with it. I knew I would because I’m crazy about Scandinavia and Nordic countries in general. 3 Weeks ago I was in Iceland, now I’m in Sweden and in 2 weeks I’m in Iceland again, followed by a couple of weeks in Alaska. Last year I went to Finland and I also went to Norway. Both countries stole my heart. I knew Sweden would, too.

I’m not sure why but I feel at home here in Sweden. Maybe because everything sounds familiar as I’ve read so many Swedish novels. Or maybe it’s the familiar names of towns and places, because I shop at Ikea occasionally. It might be the Swedish movies I saw or the language that is kind of like Dutch with a twist. It’s very likely also the “kanelbullar” (cinnamon rolls) that I simply adore and eat way too often. What definitely makes it easy to feel at home here, is that everyone speaks proper English. When asking two older men about the right way to cycle this morning, they spoke to us in perfect English. I’m very unadventurous when it comes to that …

But most likely above all it’s probably nature that makes me feel so good here. The thousands of lakes, forests and blue skies. The silence of the wilderness and the sounds of the forests. Driving here is a total pleasure. Sitting on the porch and writing is a pleasure, when all you can hear is your fingers hitting the keyboard and some birds that are whistling. Occasionally a neighbor passes by but generally it’s quiet. There is no buzzing of mobile phones because there is no connection here. The only place you can get connected is at reception, which is a 5 minute walk. Here, guests meet to catch up with daily news. Other than that, it’s quiet.

This is where people take a plunge in the lake. Where they do not litter but instead respect nature. Where they leave each other alone and where they make no loud noise. Where they build a campfire at night and take their canoes for a paddle in the moonlight. I can’t believe this is only a 70 minute flight away. This beautiful, peaceful place which is not only a great place for outdoor adventurists but also a place to connect with nature. Somehow I’m not looking forward to going home. Instead, I’d just like to stay here forever…

[Note: this post was published with a delay because there was no wifi available earlier on. At the same time, upon arrival at home, I found out that I had been bitten by a tick while out. I’m now on antibiotics to prevent Lyme disease infection. However, it makes me drowsy and want to sleep forever so that’s all I’ve been doing. Please not though that this is not typical for Sweden, in fact there’s more infected ticks in Holland than over there, but something that typically happens to someone who loves to spend all her time outdoors … so just saying to anyone who loves the woods: be careful out there!]

Want to read more about the nordics? You may enjoy these:
– Ice skating in Stockholm with Ice Guide
– Glacier hiking on Iceland’s Sólheimajökull
– The most amazing viewpoints in Fjord Norway