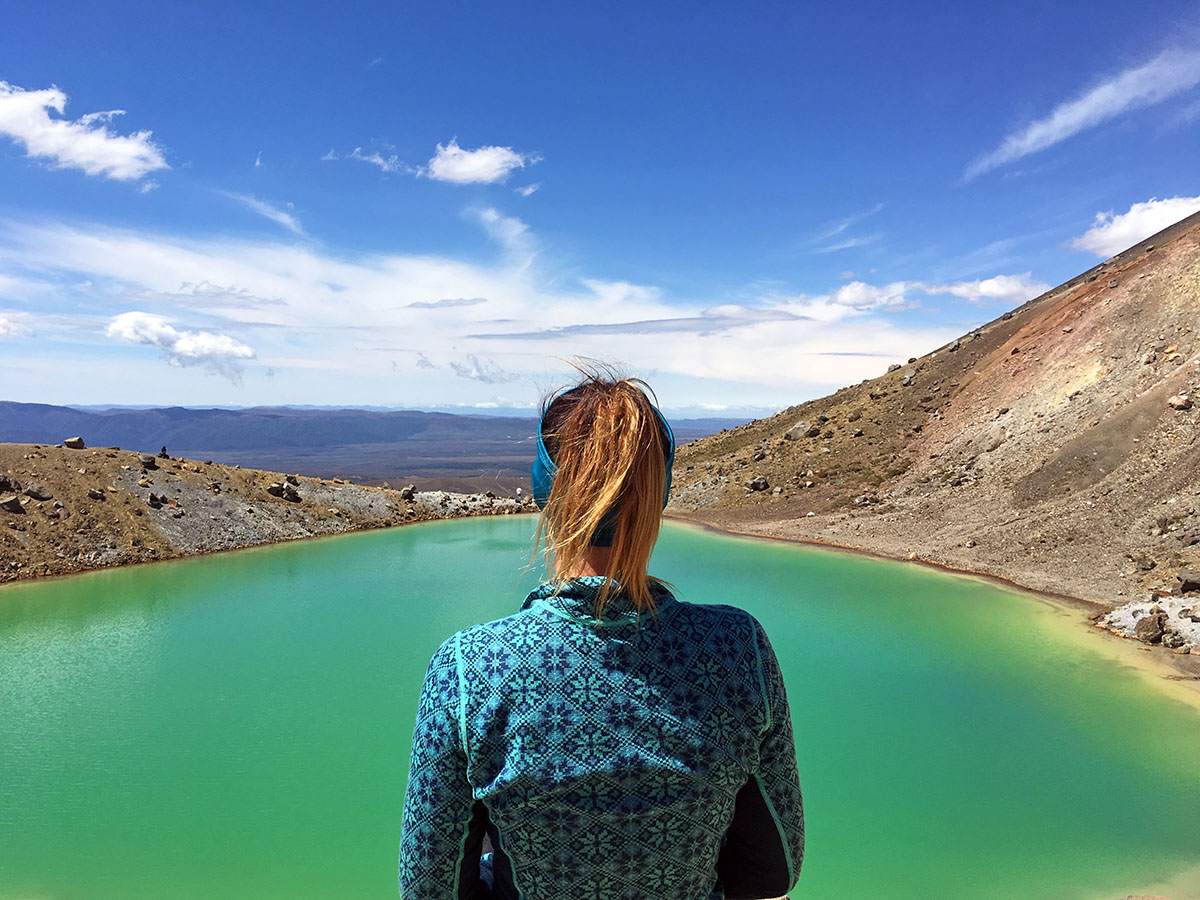 It’s about time for me to speak up. Really speak up that is. Digital nomad life was a big disillusion for me. Nine months I tried it and deep in my heart I already knew after a few months: this is not my future. I love to travel and love to write and still want to continue traveling but just not as a digital nomad anymore.

A few years ago the so-called ‘digital nomad life style’ seemed to be popping up everywhere. Whoever scrolled through social media or read popular magazines saw pictures and/or stories of entrepreneurs working location independent in the most tropical places on the world, sipping from a cocktail while working. Surfing during your lunch break? Writing stories from your hammock? Driving a motor through the mountains after work? Everything seemed possible. And the worst thing was: I wanted all of that, too. I wanted to be a traveling writer, I wanted to leave everything behind and just GO! And so that’s what I did. Nine months later I returned back home, with scattered dreams and emotions. Digital nomad life definitely was not my thing.

Let me start by saying that I have a lot of respect for those that can handle the digital nomad lifestyle, for more than a year or two that is. For me, the first few months of this new lifestyle were awesome. The overpowering feeling of freedom made me get out of bed without too much trouble every morning and I enjoyed my newly created lifestyle to the max. I woke up every morning filled with ideas and thinking my life couldn’t get much better. How wrong I was …

My digital nomad life started about a year ago. At that moment I had to leave my newly acquired apartment in downtown Arnhem and I did not have a ‘home’ anymore. And so I stayed with friends who were on vacation while petsitting their cat, put some furniture in my old room at my brother’s place and even stayed at the house of my ex partner for a while as he was traveling. In between I flew all across the globe, from the Pacific Northwest to Austria to Scandinavia and anything in between. I honestly thought that life couldn’t get better for me until something started to develop in the back of my head. Just before I took off to Indonesia, I watched a Tony Robbins documentary (I’m not your guru, I can totally recommend you seeing it, too!) and that triggered me to write down some of my life goals for the next year. I decided to write down four life goals for both work and personal and to see one year later where I was at. While writing, I suddenly saw the following sentence appear on paper: ‘I’d like to have a new home in Arnhem.’ I read it and read it once again. And about another ten times before I eventually realized that I was really missing a place called home. After three months already. Whoops.

This occurred just three months into my digital nomad life and my really big trips (Indonesia, Nepal and New Zealand) still were ahead of me. The realization that I missed a real home calmed me down straight away because I didn’t have anyone to justify to yet this was not exactly how I imagined my life to be. The journeys I made were simply amazing, but while I was busy climbing volcanoes and trekking through the Himalayas, I realized that working remotely would never really become my passion like I thought it would.

Unfortunately, the digital nomad lifestyle is still considered glamorous and special (which also goes for life as a freelance writer, I’ve noticed btw) but I never experienced it as such. It’s not that I didn’t enjoy traveling, yet working while on the way was much harder than I had imagined. I’ll give you a peek behind the scenes of what my life really was like during those past few months:

– In New Zealand there was almost no wifi and if there was wifi, it was incredibly slow. Even the paid wifi usually was bringing tears of frustration to my face. I’d usually end up working at a local library, surrounded by backpackers charging their devices and local people who thought it was quite weird I’d hang out there all day. Plus wifi was generally paid in libraries as well meaning that, together with the expensive mobile internet, it was quite a big amount of money I had to spend on that.

– It’s almost impossible to work ergonomic. Meaning that your back, shoulders and neck are probably suffering. Mine sure were. Working from a hammock of course sounds really amazing, yet it’s anything but that. Working outside with a laptop is almost impossible for me anyway with the sunlight (I’m sure that goes for most people) but photos don’t really tell. I spent hours working on the bed of a hotelroom, behind a too low or high desk or at the bar of a swimming pool. Far from ideal.

– Living in and out of a backpack became incredibly exhausting. I’m totally not a luxurious person (I actually camped most of the time) but just continuous packing and unpacking became such a drag. Always trying to fit everything, making sure you did not forget one of your cables, mouse or external hard drives became a bit of a challenge. At the end of the nine months all I lost at some point was my pocket knife, so I can’t say much about this, other than I just got tired of it.

– Being ‘home’ for a little while in between trips usually became quite chaotic. My friends and family wanted to meet me of course and so I tried to please everyone by running all across the country in order to please everyone. It usually just was a quick ‘hello’ and off I went again. And in the mean while I also had to work. This was not the way I wanted to treat my family and friends, they deserved more than that.

– Digital nomad life and love don’t go well together. I’m keeping most details to myself, but boarding a plane to the other end of the world when you have just fallen head over heals in love with someone and knowing you won’t see him for the next three months, is not something I particularly enjoyed. I was there, he was here. Believe me when I say that I spent quite a few lonely hours in my tent. In the end, we managed and I can say I’m truly proud that we have pulled through this without being together for three months.

Need I say more? I don’t think so. The glamorous idea of digital nomad life turned out to be a complete disillusion for me and not exactly what I wanted from life. Would I never travel again? Of course I still travel. Would I never work remotely again? Of course I will. In fact, I still do that because after moving into a cabin in the woods, wifi is weak and so I usually work from the city. However, I don’t want to give up my home again. A home where I can fully relax, be myself and enjoy the silence of nature. A home where I have my own stuff, where I don’t have to worry about packing and unpacking and where I am forced to work away from every now and then because of the poor wifi. A home where at times I get a little lonely because it happens that I don’t speak to anyone all day. A home that needs planning because since it’s quite a drive away from everything, I cannot just head over to the coffee shop around the corner if I want to. Yet it’s still a home that I love being and I have missed that for so many months. I’m incredibly grateful that after almost a year without a home, I have found a place that I can called ‘my home’ again.

And so I completed my goal of finding a home. When I wrote that goal down I never thought it would be with the man of my dreams right in the middle of the woods, however as I said I’m incredibly grateful how things worked so far. I’ve tried the digital nomad life and had to find out the hard way that it’s not as awesome as people believe it to be. I’ve met quite a few former nomads and most of them told me that they started longing for a home base after a few years again. I guess my longing just came really early. Despite the fact that at first I was a little disappointed about my feelings, I now realize how lucky I am. Lucky that I have the freedom to choose how I want to spend my life. Lucky that I have a partner who fully supports and understands my choices. I have the freedom to work and go wherever I want to go, whether it’s far away or just at home. No matter where my travel lust and work will take me, I will always, wherever I am in the world, longing to go home again.

What do you think about my digital nomad life story? Feel free to drop your comments below, I’m curious!

Want to read more? You may also enjoy the following posts:
– How I’m doing: one year after my burnout
– How to create more time for blogging
– Never travel without saying goodbye to your loved ones!