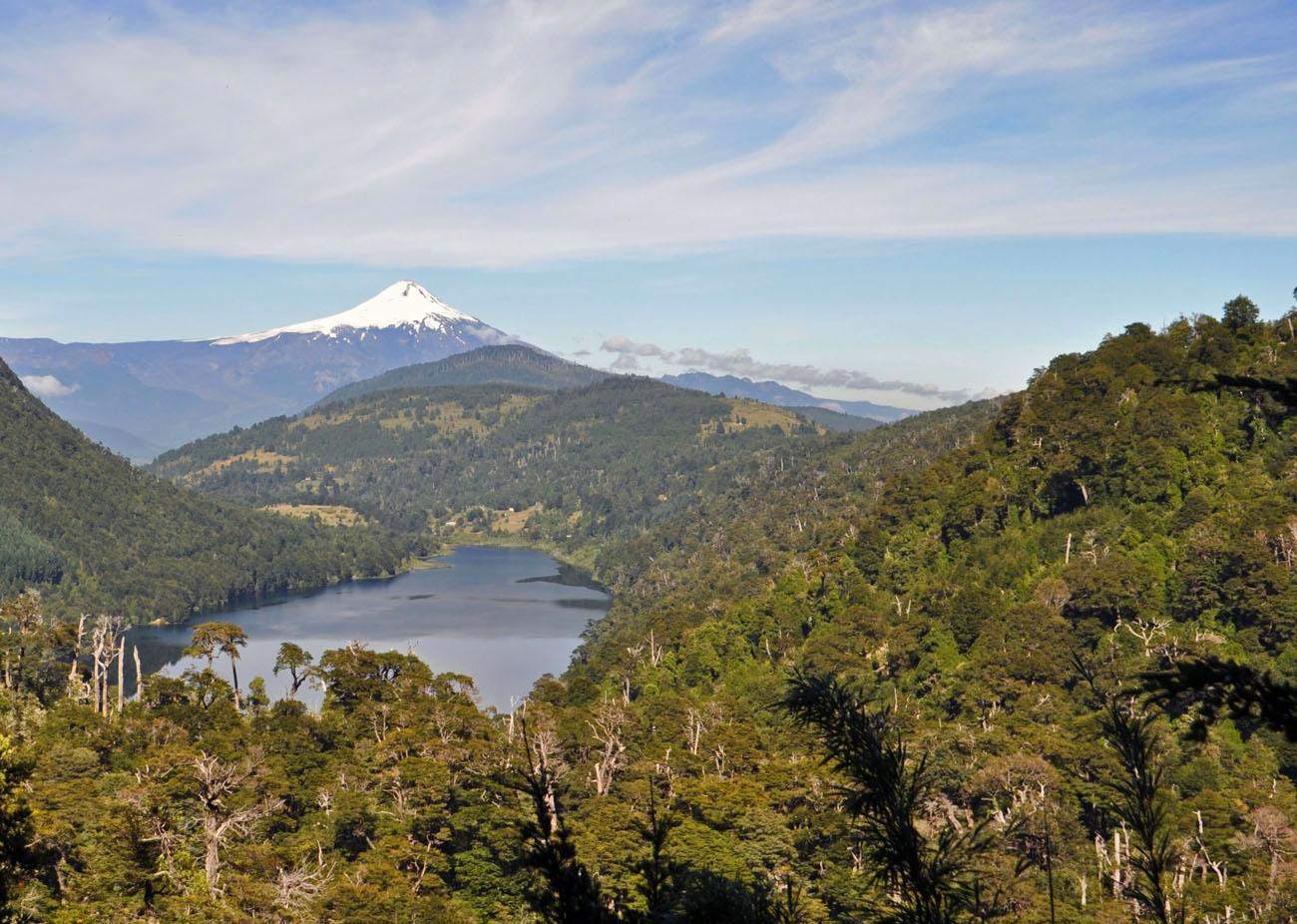 Let me start by saying that until some time ago, I had never heard of Huerquehue National Park before. As Chilean Patagonia has plenty of national parks it can be hard to keep them all apart, especially if you haven’t been there. So during the upcoming months, we will take you on a journey through some of Chile’s most beautiful national parks, starting with Huerquehue, or as it’s pronounced “you-were-kay-you-hey”. 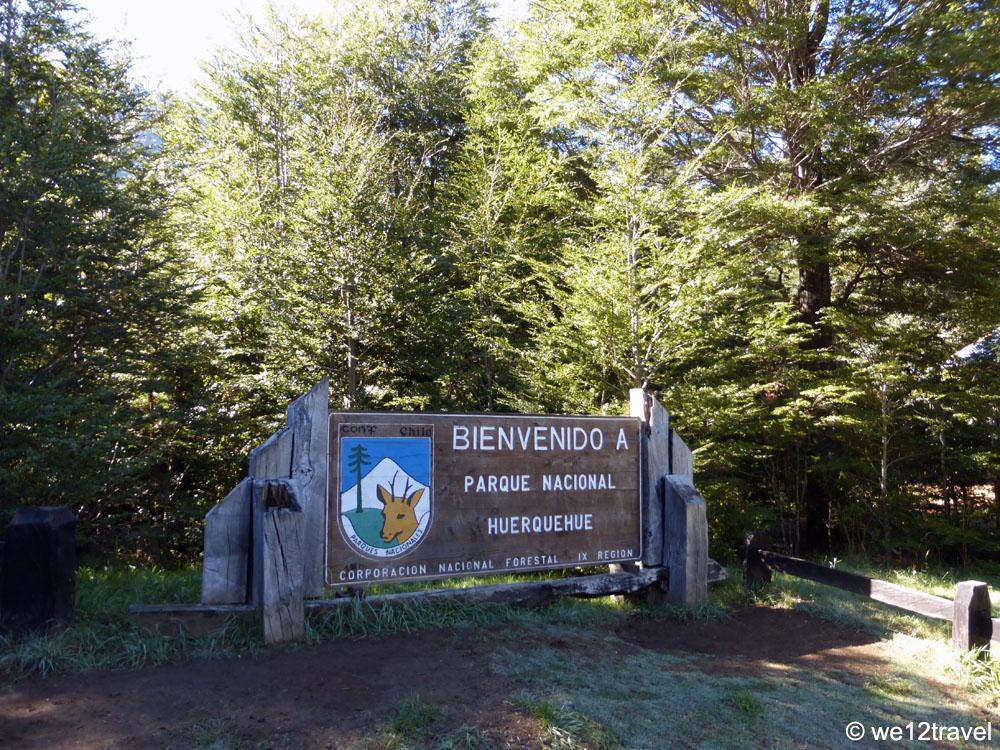 Huerquehue National Park is located about 35 kilometers driving from Pucon in the Aurancanía district. You can get there by bus from the city or with your own car, which is of course more convenient as you can take all the time you want. Note however that your car needs to be in good shape and that, in case you have a rental car, you are insured to drive unpaved roads. The one into Huerquehue was quite poor, especially once you’ve entered the park. Let’s just say that we were really happy our car had high clearance. Upon entering the park you pay a small entrance fee and you receive a hiking map. Unlike in other parks this one has well marked trails and as the weather was really good, we had a hard time making a choice because there are plenty of good trails. Eventually we decided to do Los Lagos, said to be the most scenic one. According to the ranger at the entrance it would take us about 6-7 hours to do all the lakes, or 4 to do just the first few ones. 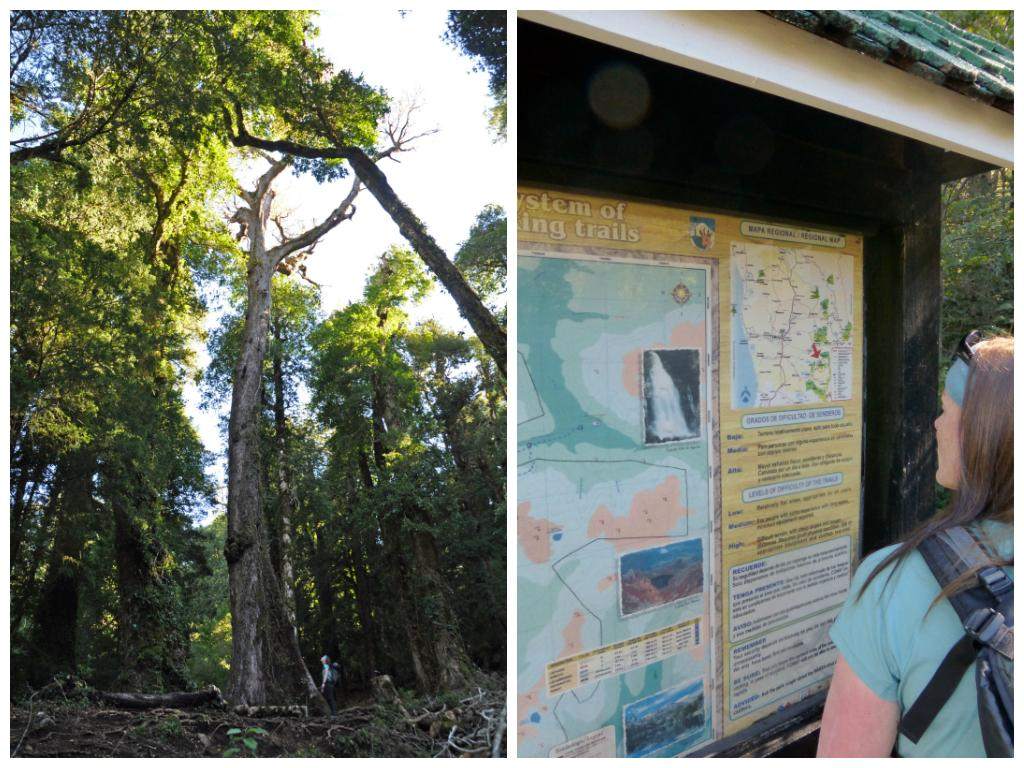 It’s wise to drive your car as far as you can because it saves you quite some walking time, the road gets very narrow and has deep holes so only do this if you have high clearance. There’s no real official parking lot, so we parked at a sign where it said “pay 2.000 pesos” as we were sure to be safe there. From there, cross the river on a footbridge (or wade if it’s low water) and by doing that, you’re on the Los Lagos Trail. The first two hours of the track just goes up, you will climb about 600 meters through a lush forest. The trail is well marked and there are some (slippery) wooden steps at certain points. After about 45 minutes you re-enter the park and it’s wise to keep your entrance ticket close as you will need to show it to the warden. He gave us the advice to visit the waterfalls on the way back which we did. During the walk up,  you will get to two Miradors (surprisingly named Mirador 1 and Mirador 2) that will give you stunning views of Lago Tinquilco and the Villarrica volcano in the background. 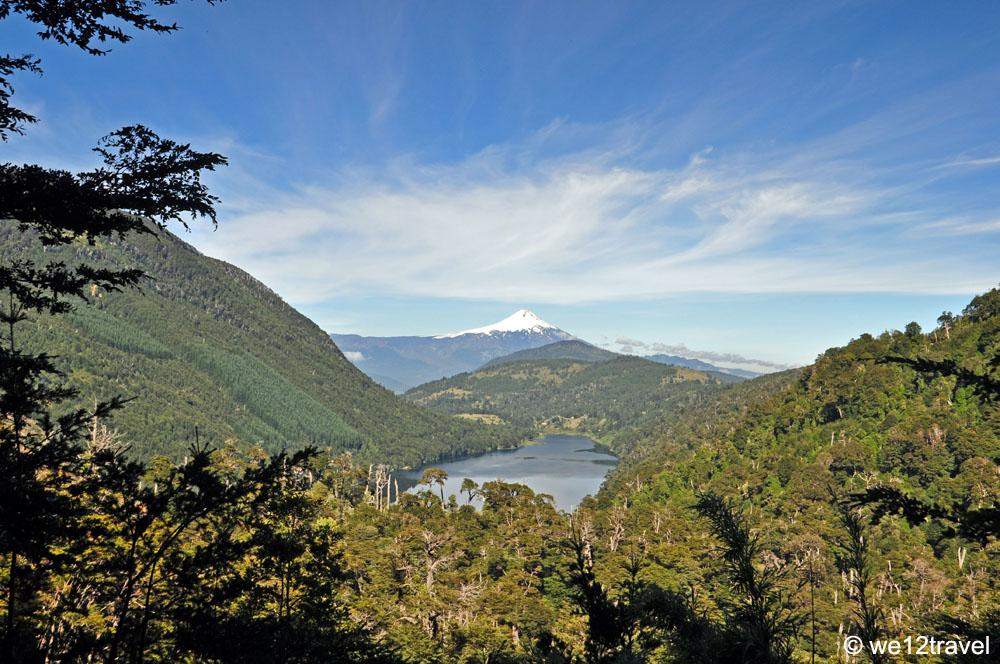 Eventually the trail flattens out and you have reached Lago Chico. And this is where the beauty of the trail really begins. From here, you walk from lake to lake, all unique and gorgeous in their own way. After Lago Chico comes Lago Verde, perfect for a picknick or on warm days, for a swim. 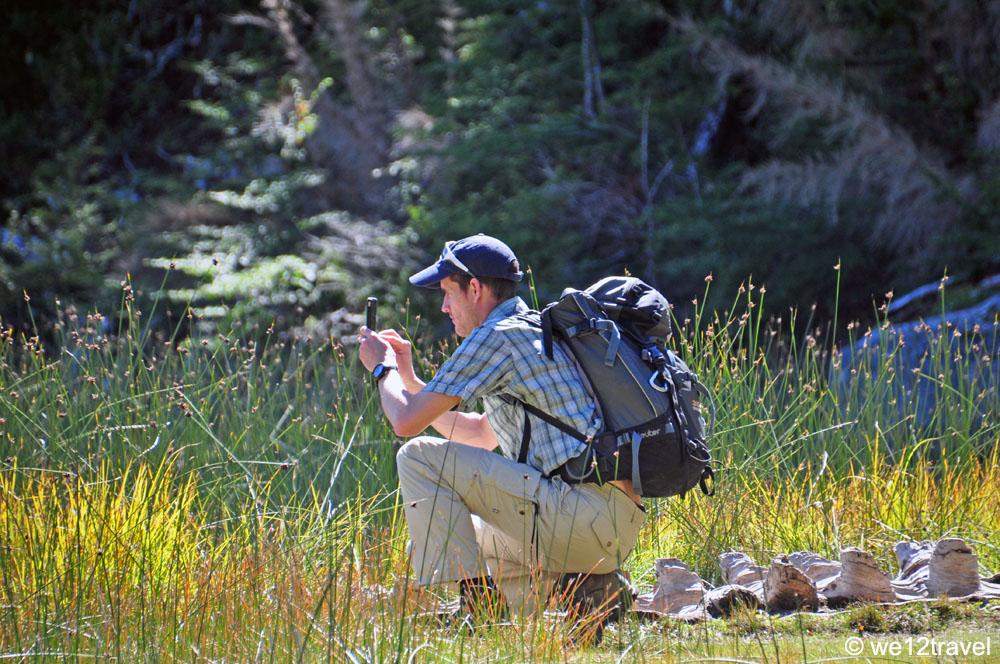 From Lago Verde you can decide to take the shortcut to Laguna El Toro and from there head back down or continue up to the other lakes. Of course, we decided to continue and soon after our calves were burning again after another sturdy climb. From here we were accompanied by the gorgeous Auracania trees, very impressive and unique to this area. 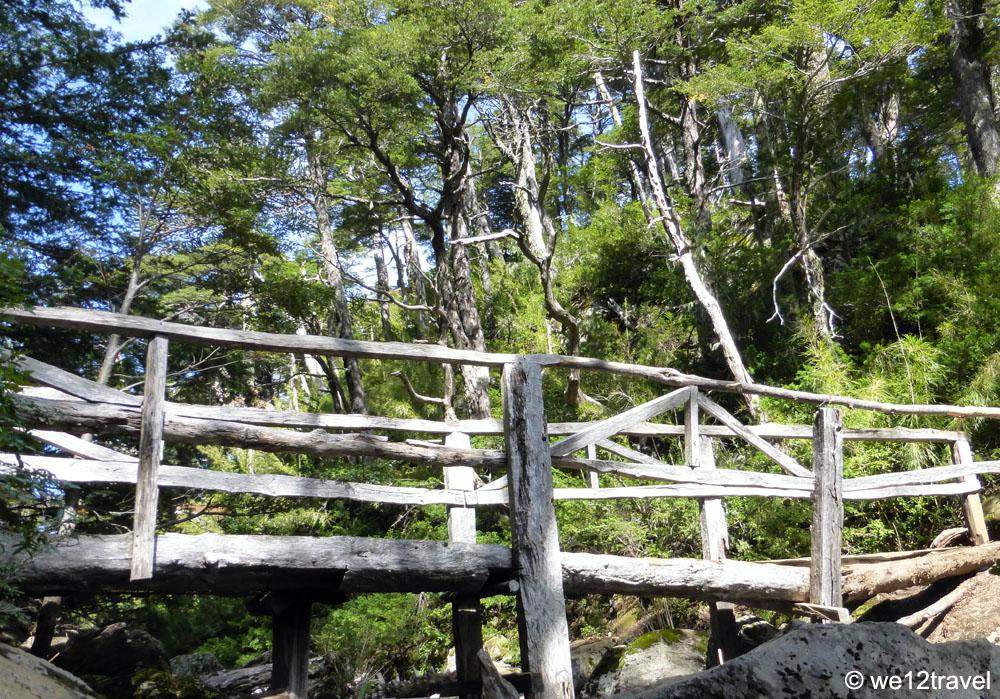 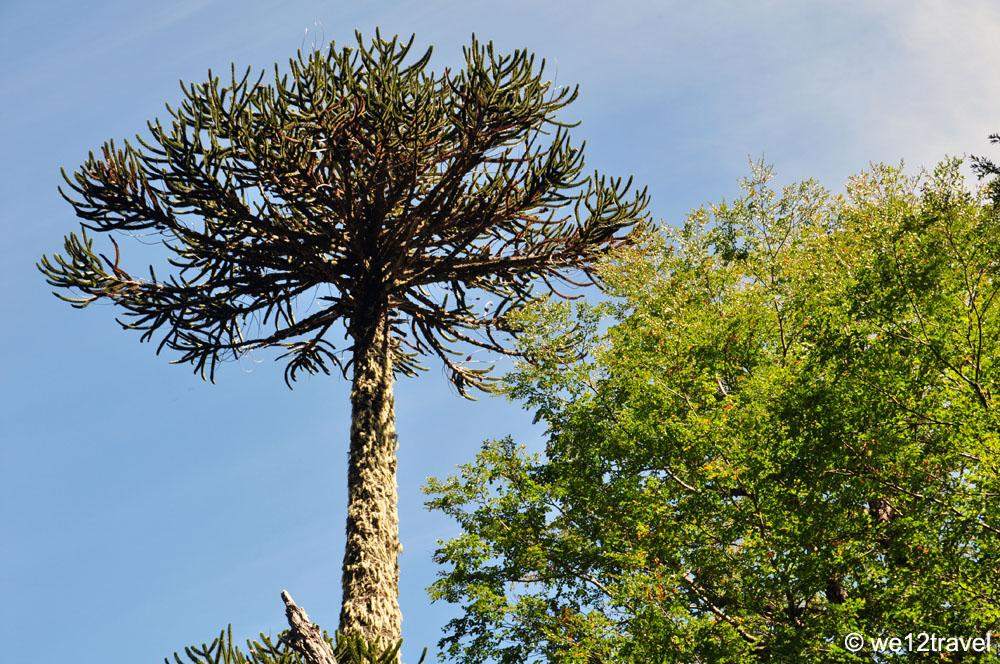 After a steady climb we got into a thick forest and suddenly we heard tick-tock-tick-tock:  Patagonian woodpeckers! As it turned out, there was a whole bunch of them surrounding us. Quite awesome, as we had been hoping to see them. After taking some pictures we decided to push further as there still was quite some hiking to do. We got the feeling that this part of the park is not visited much. We saw almost no one else on the trail that was leading us further and further away from the land of the living. It was so peaceful and quiet, it felt like a magic place to be. 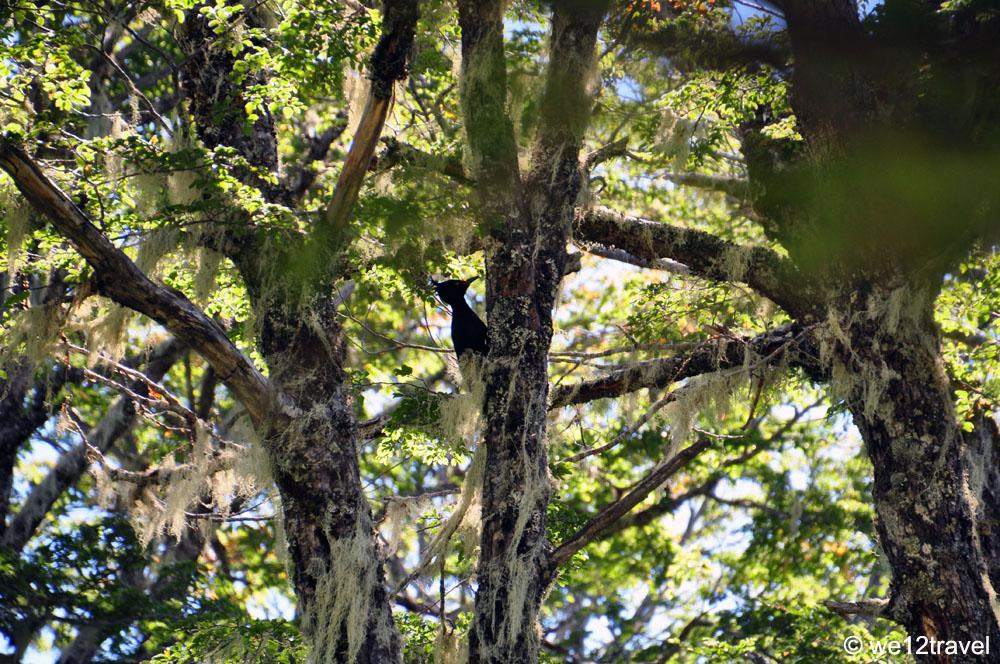 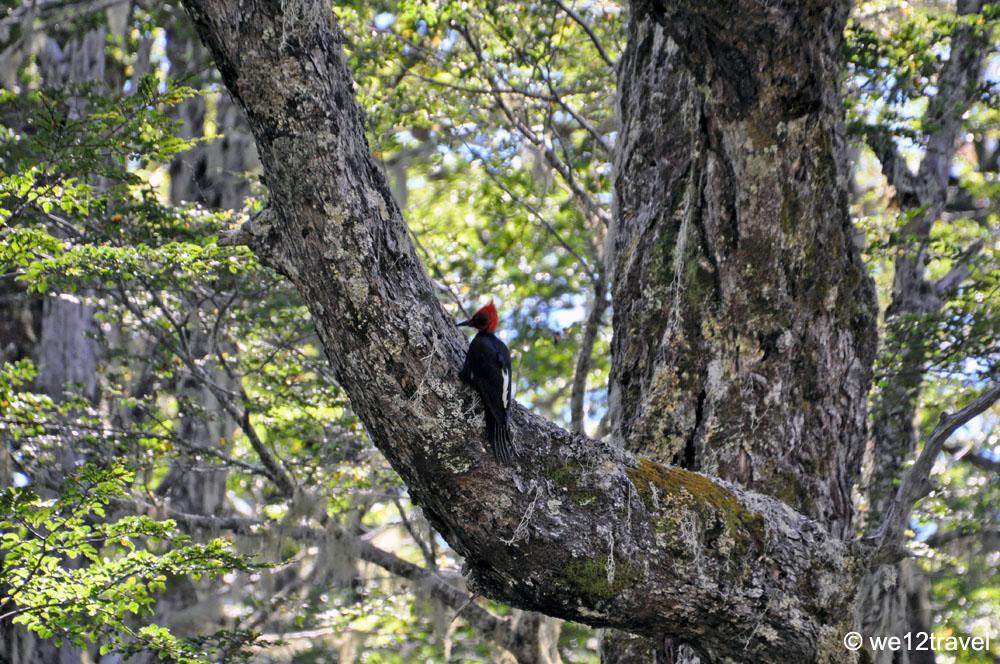 Eventually we reached Lago Los Patos and a bit further down Lago Huerquehue. As this was the highest one up, the leaves and grasses around the lake had already started to change color and it was as if we were in the middle of fall already. 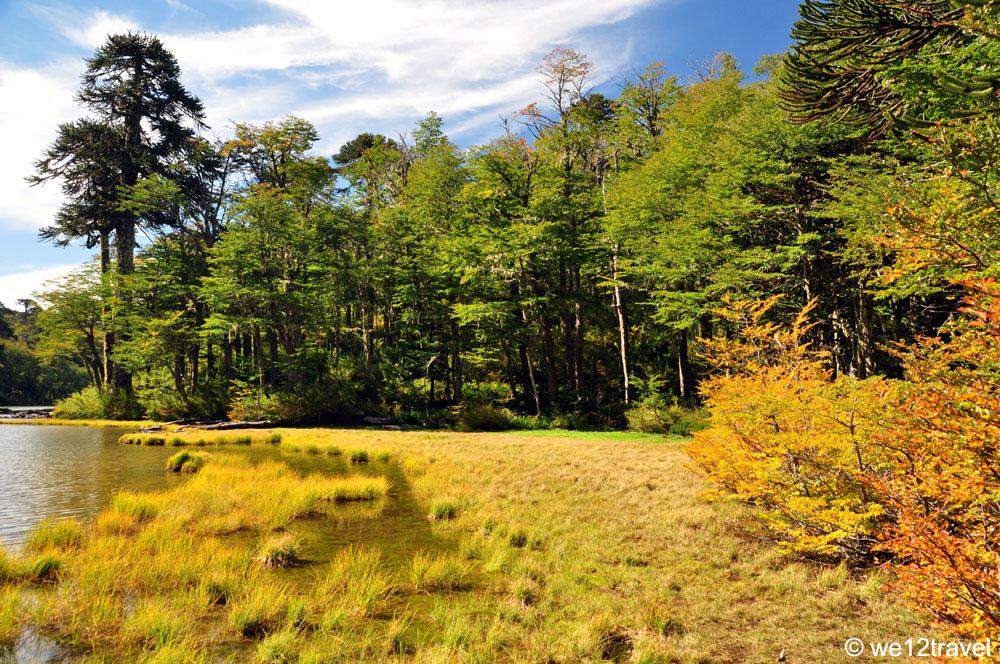 From there, we continued to Laguna El Toro which we didn’t find that special and eventually picked up the trail we had already been on, which brought us back to the car. On the way down we still had some waterfalls to visit, but as we started quite late and still had a while to go, we decided to only visit one, called Salto Trufulco. It was quite a detour (first going down, then coming back up, don’t let the trail leading away from the waterfall misguide you, you have to walk all the way back up again to connect with the trail back to the car) and as it was the end of the summer, there wasn’t too much water in it. So therefore we decided to skip Cascada de Aguilá and head back to our car before it got dark. 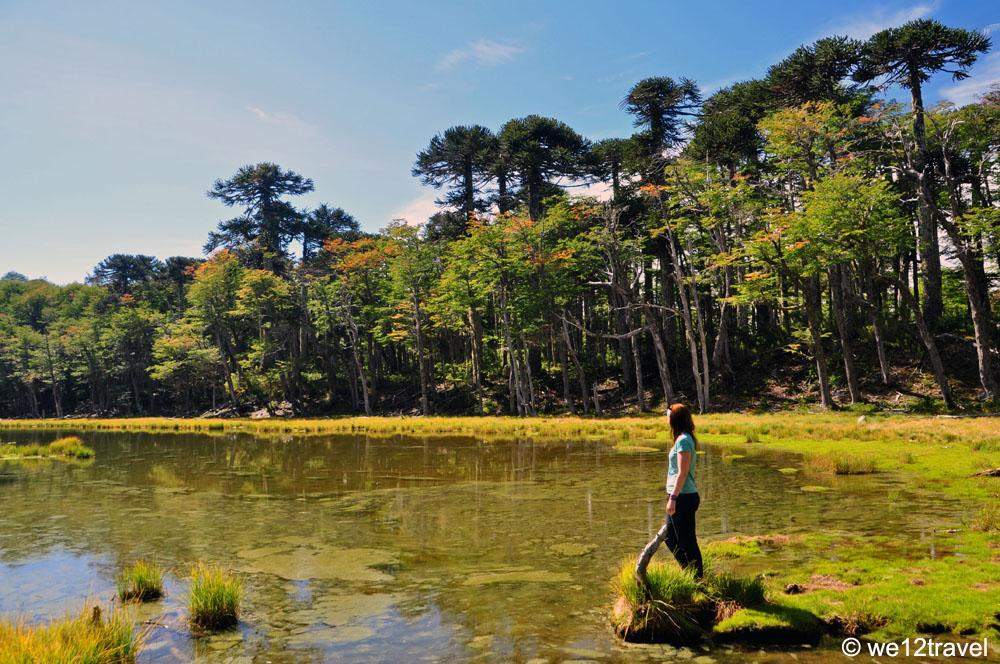 After our visit and now that we are home again, we can say that this was truly a unique park and we would have loved to spend more time here and go on a multiple day hike. Unfortunately, we just had one day. If our travels ever take us back to Pucon, this is where we’ll head out to first. If you are not into hiking, don’t bother going here. It may sound unfriendly but you have to hike up for at least one hour to the first viewpoint and another hour to get to the lakes. If you don’t do this, there’s not much to see other than the parking lot. However if you decide to push on and work for it, you will simplye love Huerquehue National Park, we can guarantee you that!

Tip: if you’re tired and need to relax, make sure you visit the Thermas de Pozones. They are open for almost 24 hours and perfect for muscle relaxation after this hike.

Had you ever heard of this park before? After reading this, would you consider going?

Other readings about our Patagonian adventure:
– The we12travel Patagonia alphabet
– 5 must sees in Argentina
– Park Post: all you want to know about Torres del Paine National Park