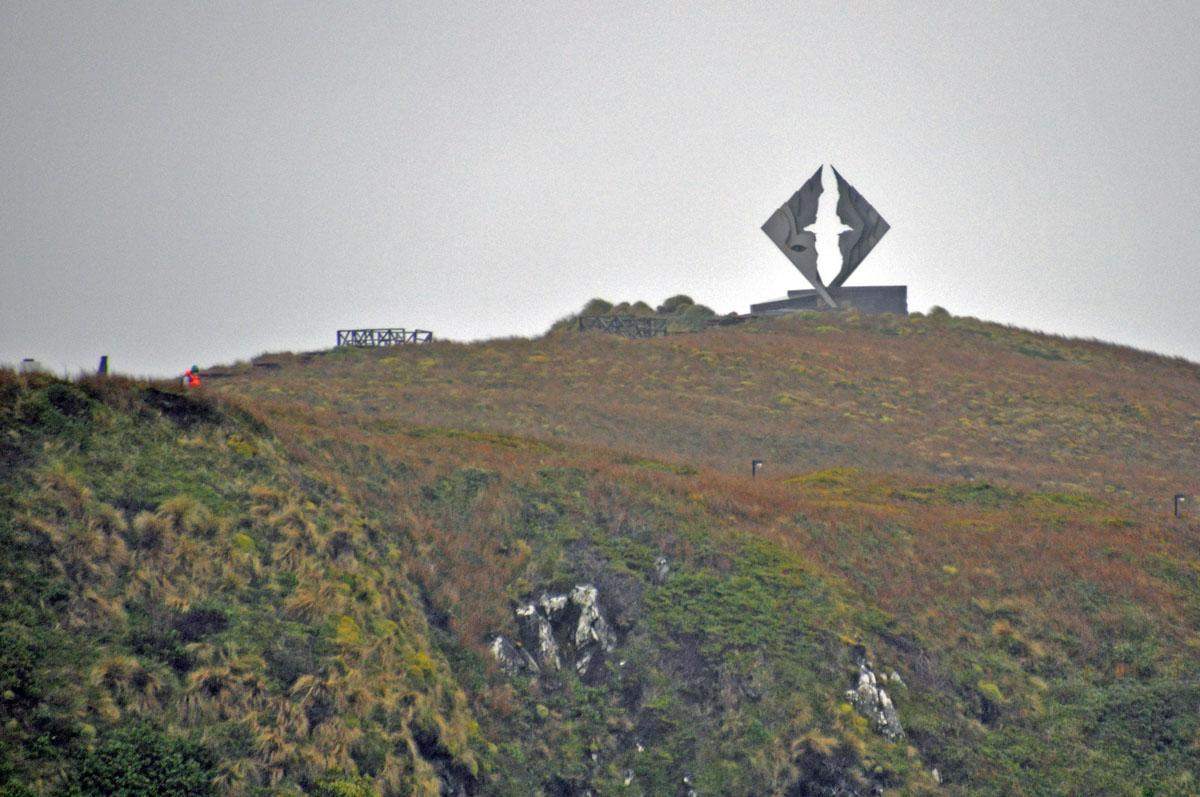 There are some places in the world that you think you will never go to. Although “never say never” is our motto, we should probably say “some places we most likely will never go to”. Cape Horn, also known as the last piece of land on earth before Antarctica, is such a place. And yet we managed to go there, to this tiny piece of land far away from the rest of the world …

Cape Horn was discovered quite late in history. After various attempts in the 16th century, it was eventually the Dutch to reach Cape Horn first in the 17th century. Explorers Willem Corneliszoon Schouten and Jacob le Maire sailed around the cape on January 29th 1616 in search of the free passage to the Far East. Upon arrival they decided to call it Kaap Hoorn (Cape Horn) after their hometown Hoorn, which is located in The Netherlands.

“In the evening 25 January 1616 the winde was South West, and that night wee went South with great waves or billowes out of the southwest, and very blew water, whereby wee judged, and held for certaine that … it was the great South Sea, whereat we were exceeding glad to thinke that wee had discovered a way, which until that time, was unknowne to men, as afterward wee found it to be true.”

If you are going to search for ways to reach Cape Horn, you will only find two. You can fly in by helicopter or take a cruise with Cruceros Australis. If you are attempting to visit Cape Horn, please realize that you have quite a large chance of being unlucky and unable to make it over to land, so that’s why we just said attempting. We took the cruise and were told that we had to take into serious consideration that we might not be able to land because of the weather conditions. Or that we would have to abort the visit straight away, would the weather change for the worse… So in case you decide to spend a lot of money on attempting it, make sure to realize this in order not to get extremely disappointed if it the weather is not in your favor.

The night before our planned landing (that’s what boarding land with a zodiac is called) we are briefed. We are told what to wear (all we have plus raingear), what we should bring and that we have to keep our life vests on at any time in case we need to hurry back. We are learned how to embark and disembark the zodiac because of strong winds that can blow the boat right up in the air and we hear the time our landing is scheduled for 06.30 am.

The next morning, we are wide awake and ready to go way before the scheduled time. After squeezing in a sandwich just to make sure there’s something in our stomachs, we put on our gear and make our way to the meeting room, where we are told it’s a go, for now the weather is good enough. Totally excited we gather our stuff and put on our lifejackets. We step outside and see Hornos Island right in front of us: there it is, the end of the world! We hop on the zodiac and within minutes we arrive at the beach where we are disembarking. In the meanwhile, it’s still dark and it’s started raining cats and dogs. After a gentle ride and disembarking, I look up at the island, throw my hands in the air and scream “Cape Horn, yeah baby”. A dream come true! 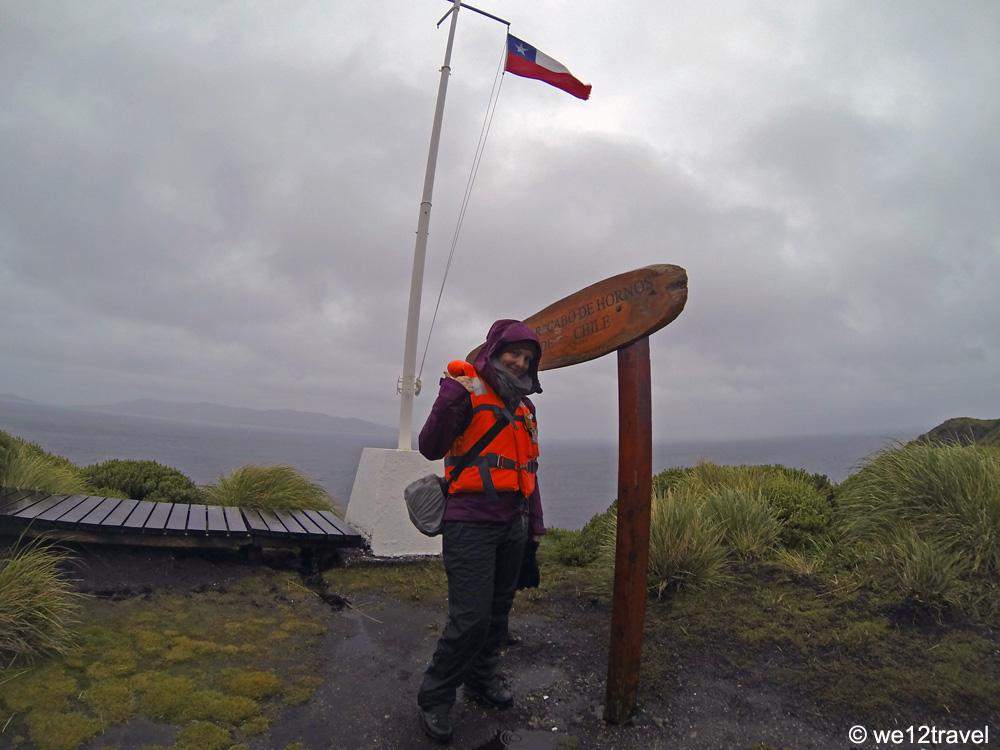 The walk up to the island goes via a steep wooden stairs with countless steps. The wind nearly blows us away and by the time we reach the end of the stairs, we’re completely soaked. Our gloves, our hats and our cameras. Everything is wet. We attempt to take pictures but fail hopelessly, the rain sets in horizontally and our cameras are drowning. However we still make our way over to the famous landmark: an albatross in honor of sailors who died attempting to “route the Horn”. It’s much larger than we imagined and try to pose for a picture, however it’s like mission: impossible, the weather is just not cooperating (although later one of our guides told us that in fact it wasn’t that bad at all …). 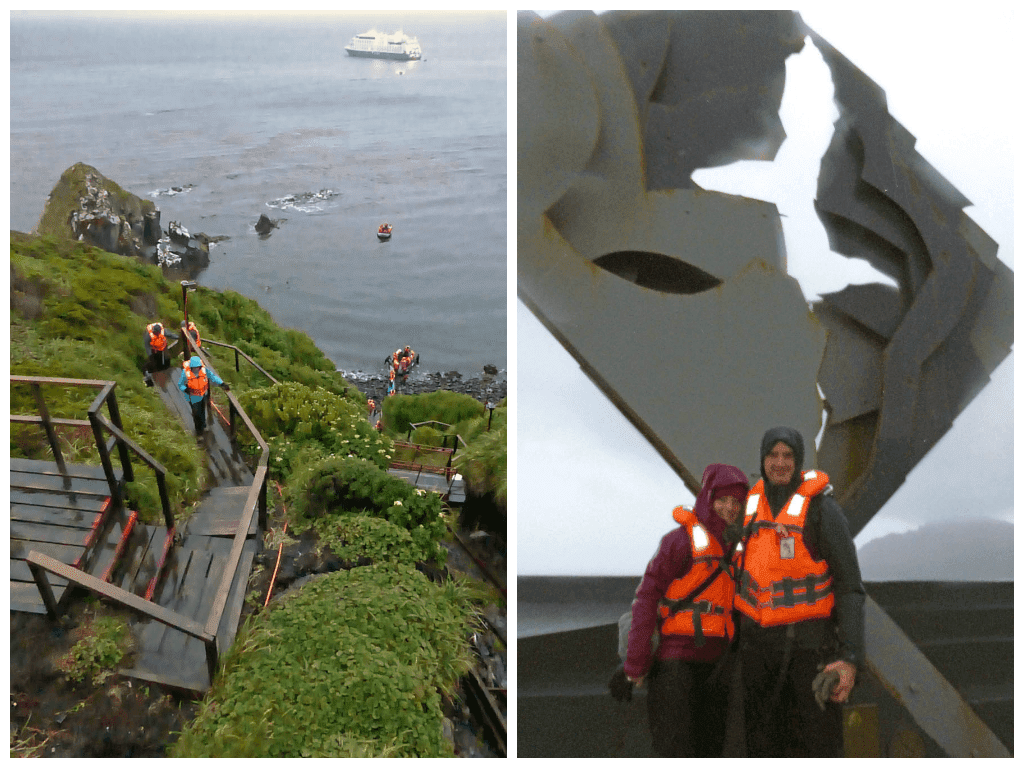 Next up we make our way to the lighthouse, where one family lives permanently with their kid. They are the caretakers of the island and live there for one year. Usually the man is a Marine and while we were there, he was actually wearing hit naval suit, very impressive. They were selling all kinds of souvenirs but as everyone was attempting to buy something, we decided to pass and take a look at the small exhibition in the lighthouse itself instead, where all kinds of flags are hung up from people that reached the Horn. We also check out a small chapel, try to take some selfies and then make our way back down to the zodiacs. We are soaked and cold yet thrilled that we got the chance to experience this! 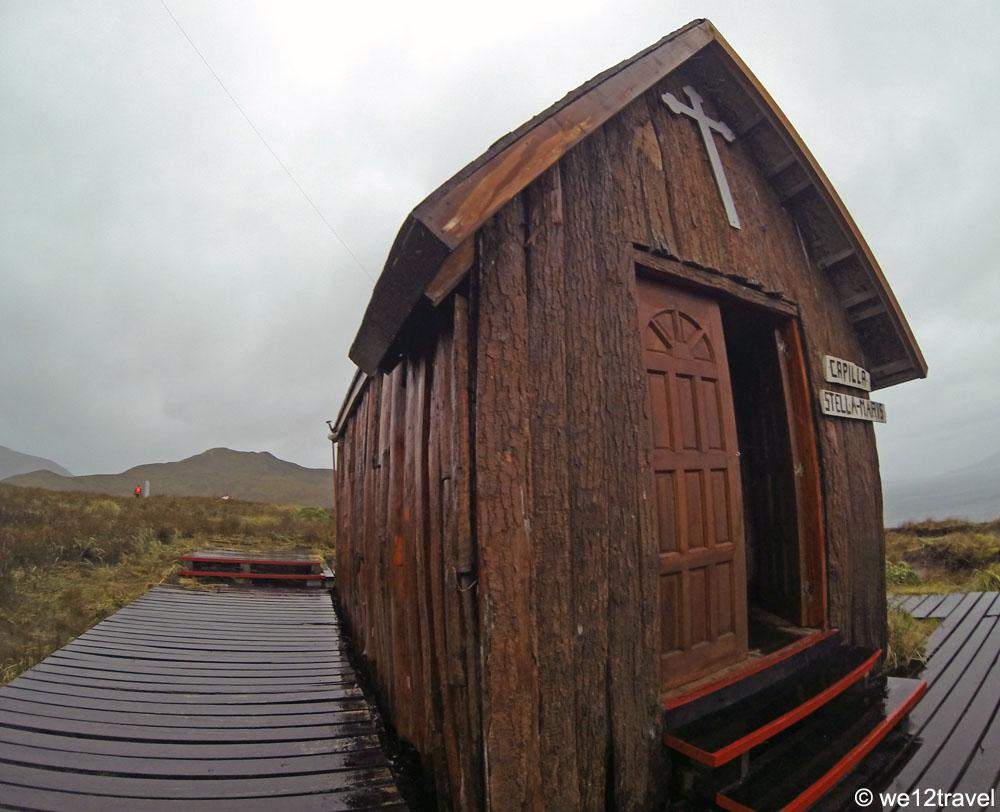 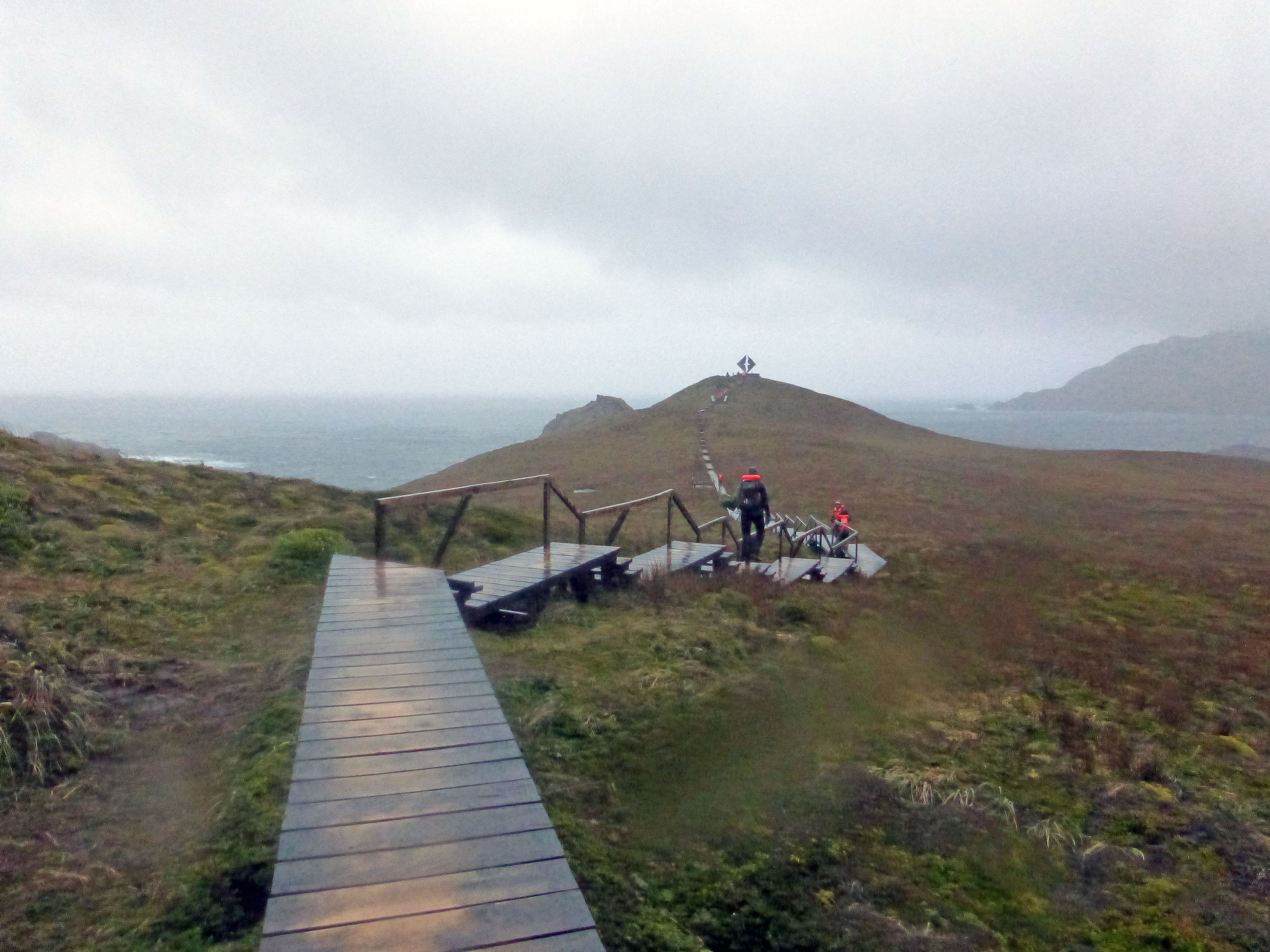 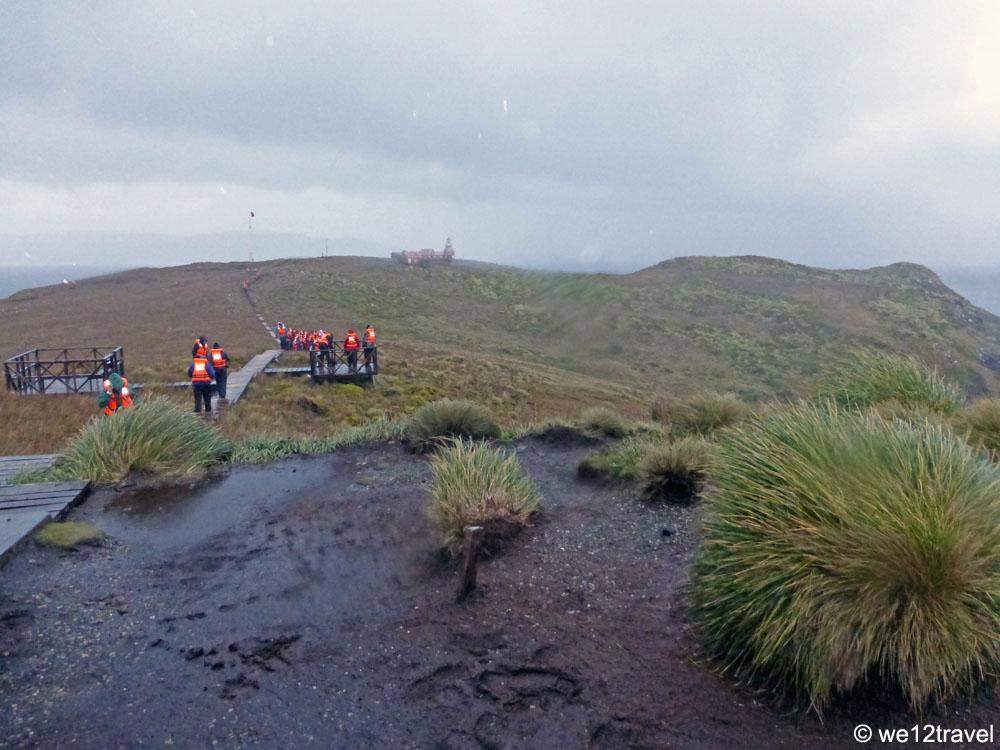 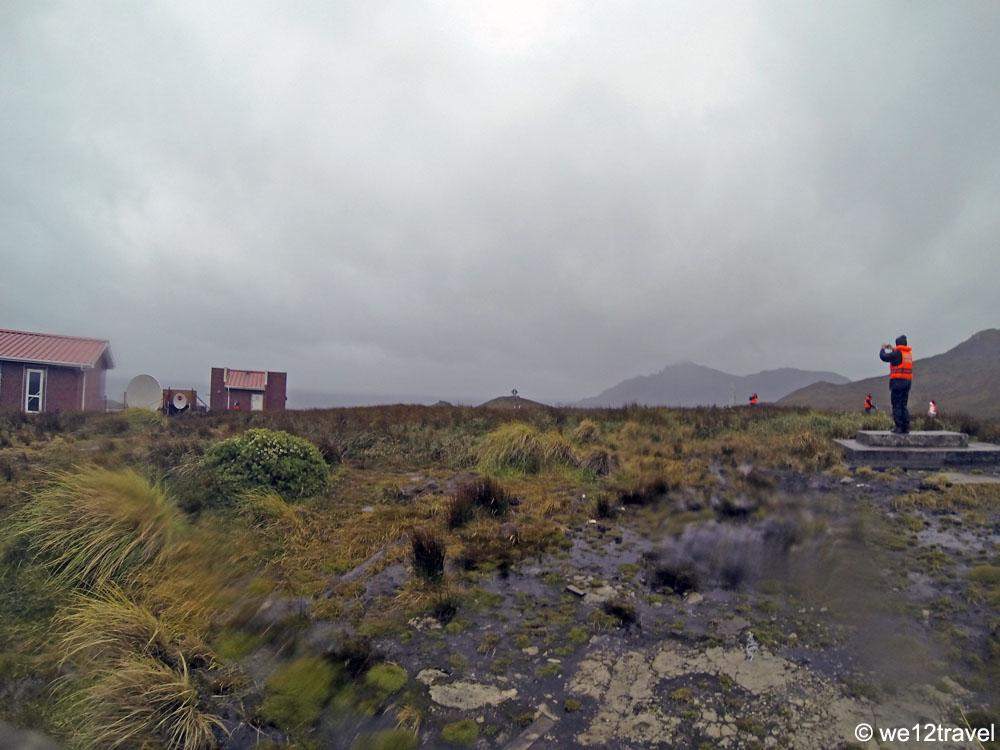 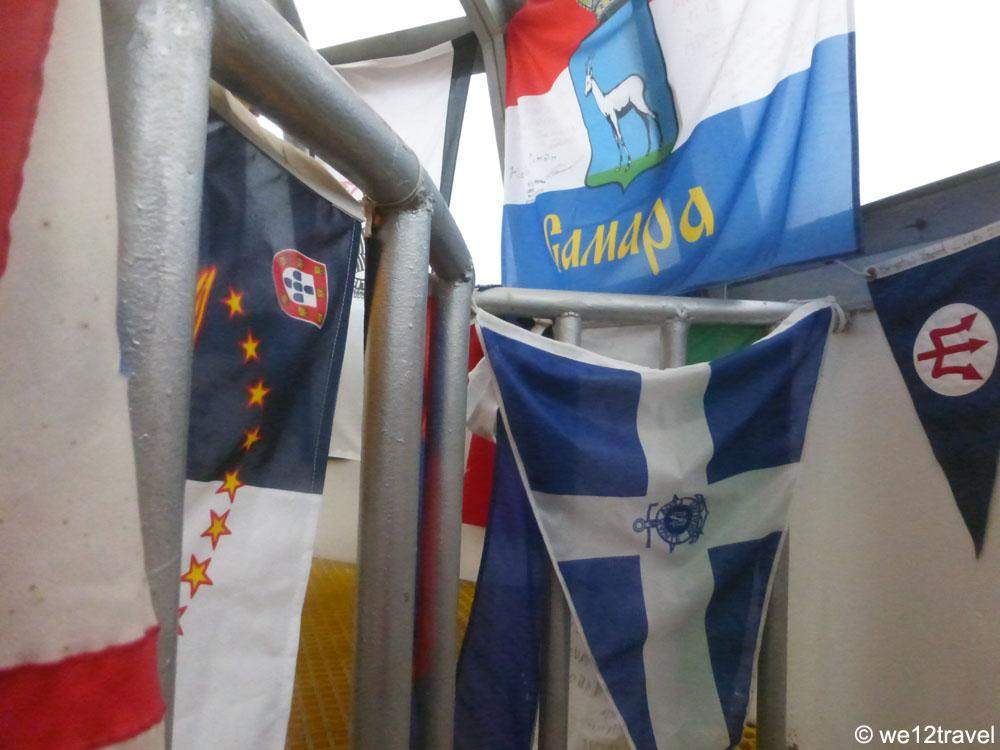 So how does it feel to have been to Cape Horn? Very special, since there are not many people in the world who can say that they were there. We saw the large cruise ships pass by with herds of people probably attempting to take pictures and telling people at home “we have been to Cape Horn” while they just saw it from the distance. We can say that we actually stepped onto this mystical island, far away from the rest of the world and even though the pictures may not indicate so, it was beautiful and something that we will always remember! 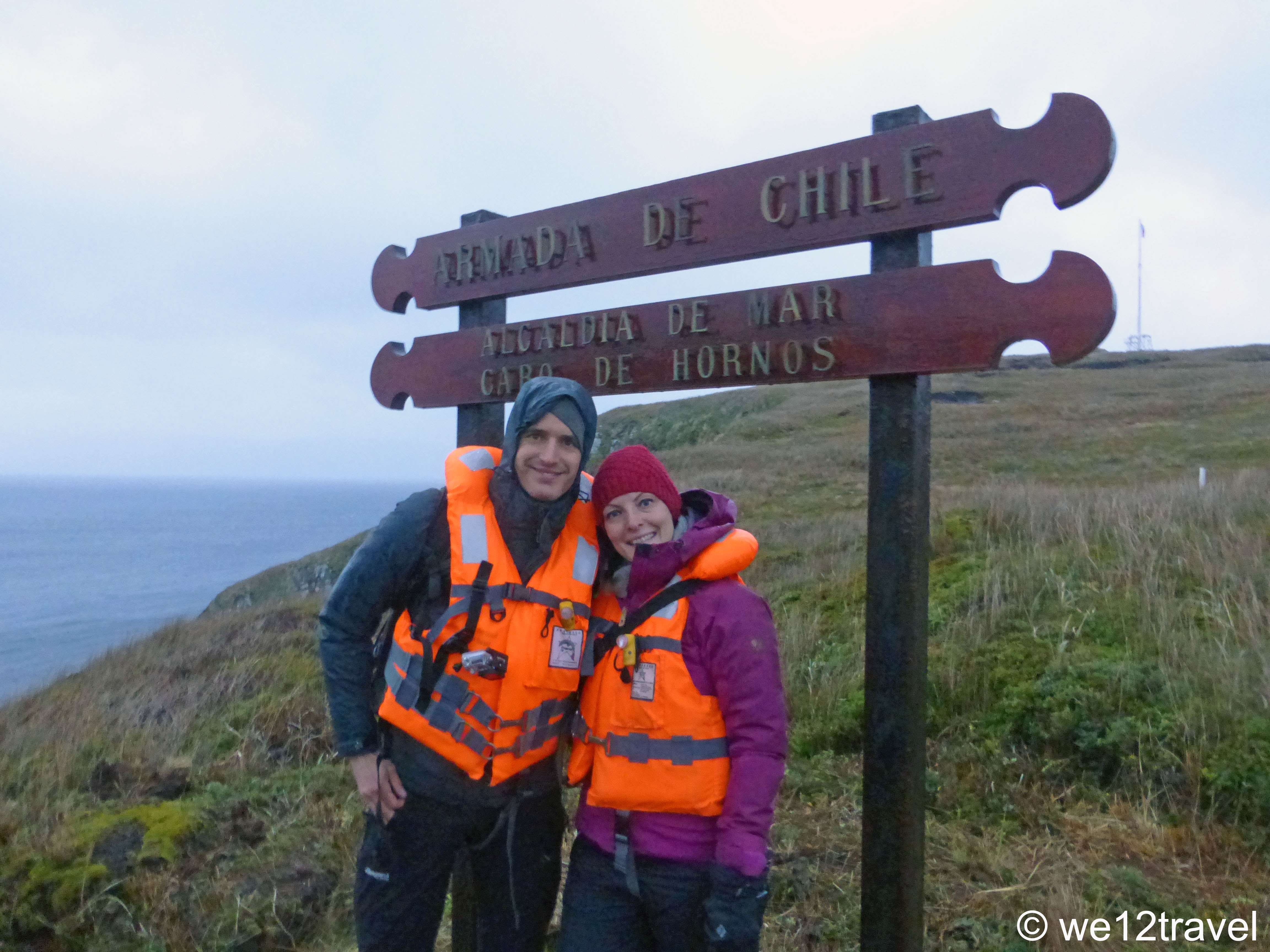 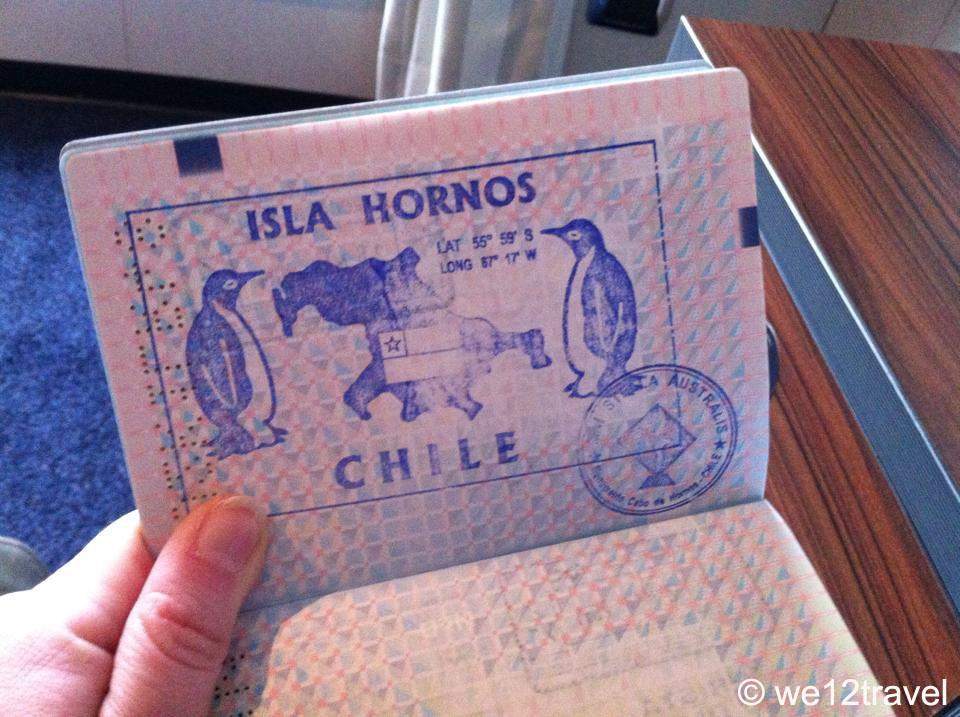 PS: Sorry for the poor picture quality, this truly was the best we could make of it. For proper pictures of Cape Horn, we suggest you visit Google Images, this will give you a better idea of what it really looks like!

Want to read more about our adventures? Then maybe you would like the following:
– 5 Things to do in Ushuaia on a rainy day
– The we12travel Patagonia alphabet
– Chile’s magic Huerquehue National Park