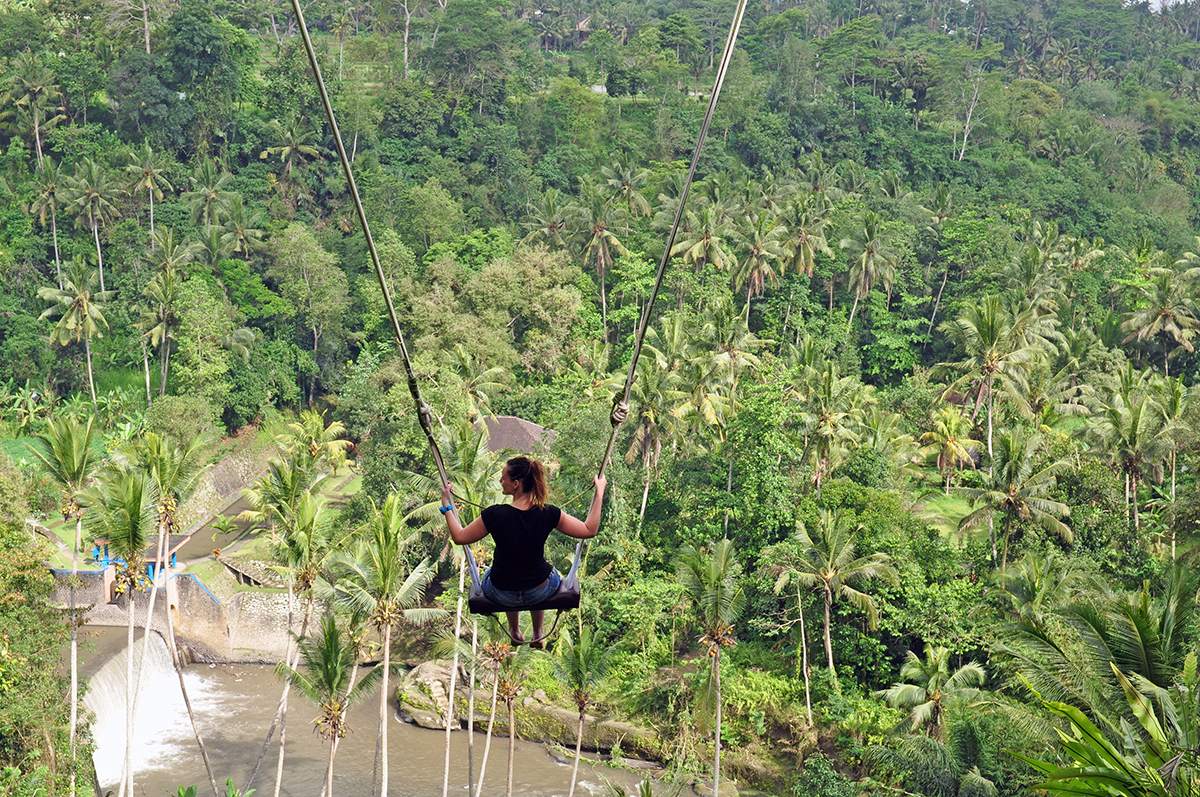 And so my first week in Bali has come to an end. Even though I’ve been here for a good week, it feels like the heat has taken over my body much longer than that. Some of you are curious about what life is like being here and so I figured it would be nice writing a blog about my time in Bali up until now.

The flight to Bali

My journey started on the stormy day that hurricane Maria passed by The Netherlands. As I planned on traveling to the airport by public transport, I decided to leave home early in order to avoid missing my plane. Miraculously neither my trains and the plane were delayed and so I left for Doha in Qatar perfectly on time. Did you know that the departure time of a flight is not actually the moment you take off, but the moment you leave the gate? My brother messaged me ‘you’ve departed’ while I was actually still taxiing. I saw no more than one movie (Eat, Pray, Love, I couldn’t find anything else that interested me) and then I fell asleep. Arrival at Doha Airport was right in the middle of the night and I waited for three hours before leaving for Denpasar. I had a meal and then slept for most of the journey, some ten hours, and landed at Denpasar airport the next day late afternoon. Here I was picked up by Ketut who took me to Ubud. After check-in to my hotel, I fell asleep pretty much straight away and slept another 12 hours. I guess I really had some catching up to do …

My hotel in Ubud

On my first full day in Bali I basically didn’t do anything. I slept until 09.00 am and the rest of the day I just took it easy. It was raining most of the time anyway so I read a book on my veranda, wrote a little, slept again and was just very at ease. I didn’t feel like heading into town because my hotel was quite a walk away from the centre. Despite the rain it was quite humid and I had to get used to the heat. So I varied between airco on / airco off, swimming, laying down, swimming … I booked a nice hotel with an infinity pool for the first days of my trip and hanging out at the edge of the pool and staring into the jungle for hours was just what I needed. 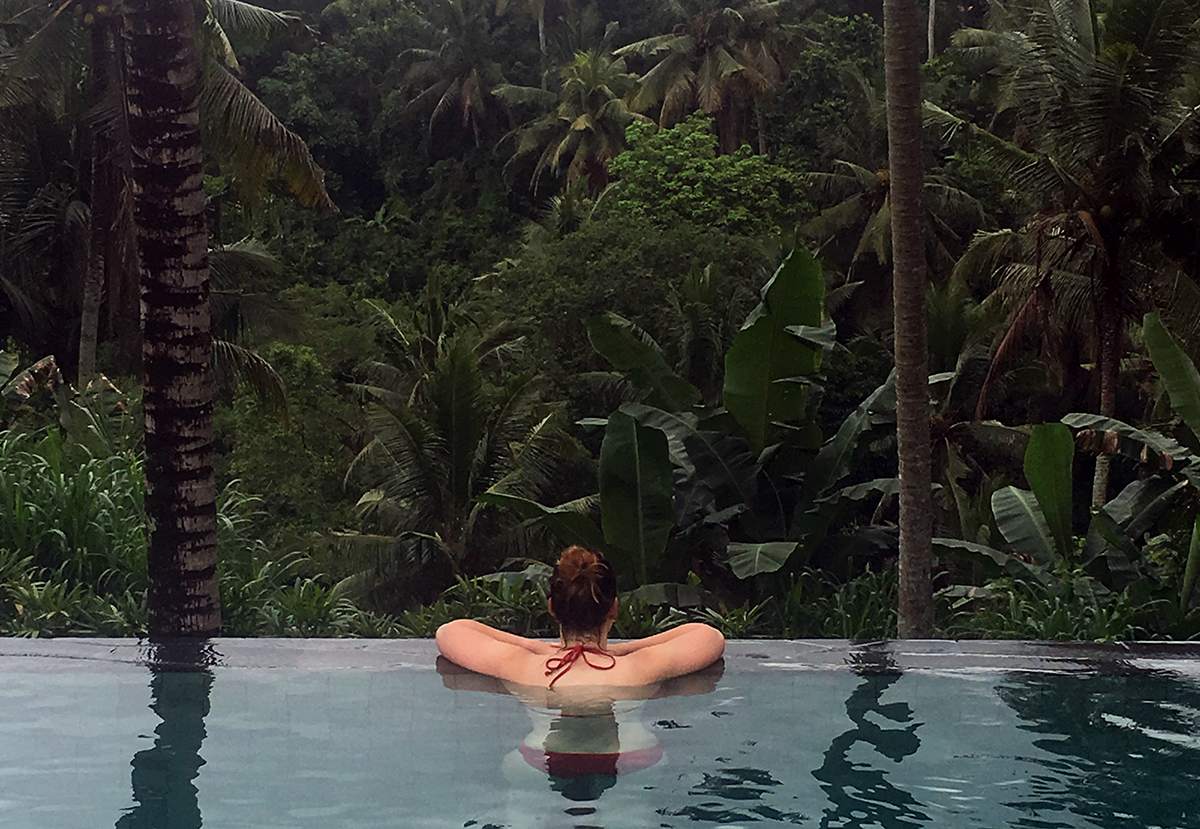 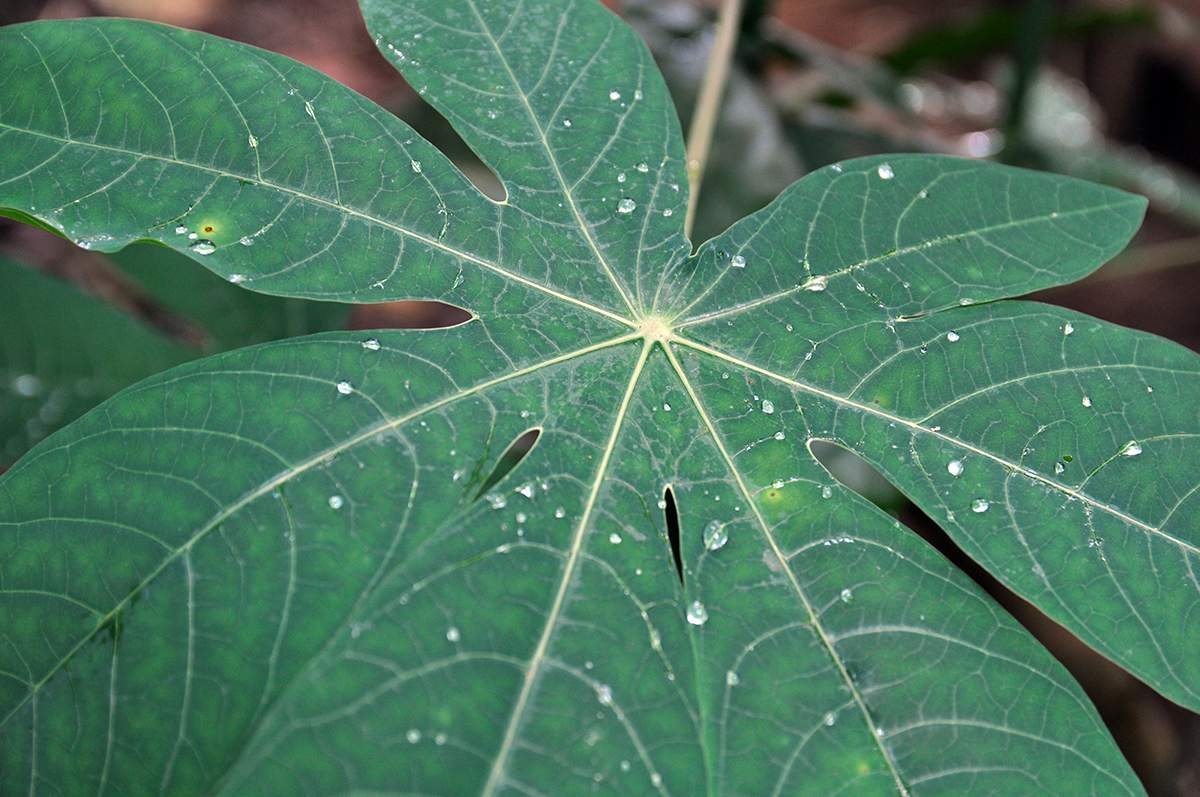 The next day I decided to head out because you can’t really spend all of your time in Ubud in your hotel. In my previous blog I already wrote that whenever I arrive at a new destination, I always kind of have to push myself to starting to explore. And so I found a fellow digital nomad on Facebook and we decided to grab lunch at Habitat Cafe together. Nicole just arrived herself too and it was fun to exchange thoughts and ideas about nomad life and traveling in Asia, Peru and other places. Then I went to check out Hubud, one of the coworking spaces Ubud has but since my hotel had fairly good wifi, I didn’t want to spend the money on working over there. I also went to check out The Yoga Barn for a future yoga class, which I in fact still have to take because I ended up doing lots of things throughout the next couple of days. That night I met up with fellow Dutchie Marieke who I know through Instagram and as we are both traveling by ourselves, we decided to spend some time and activities together, which is easier in most cases and lots more fun anyway! 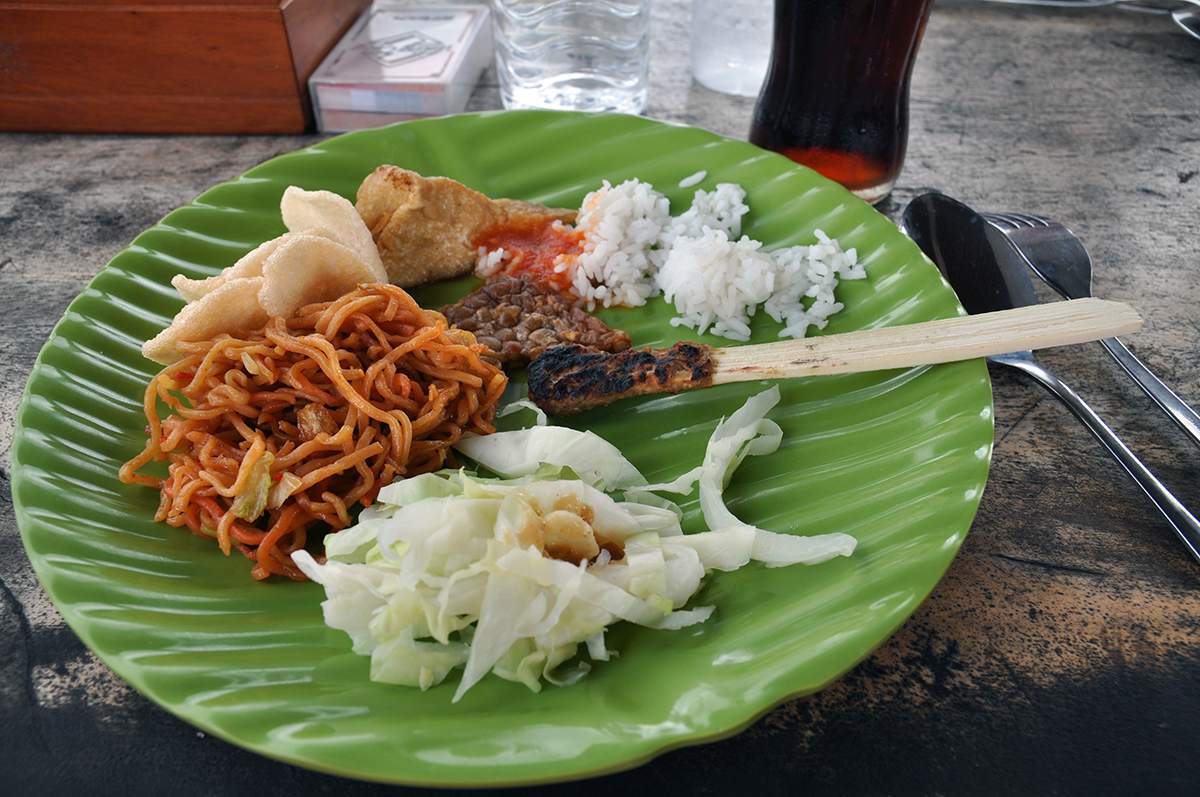 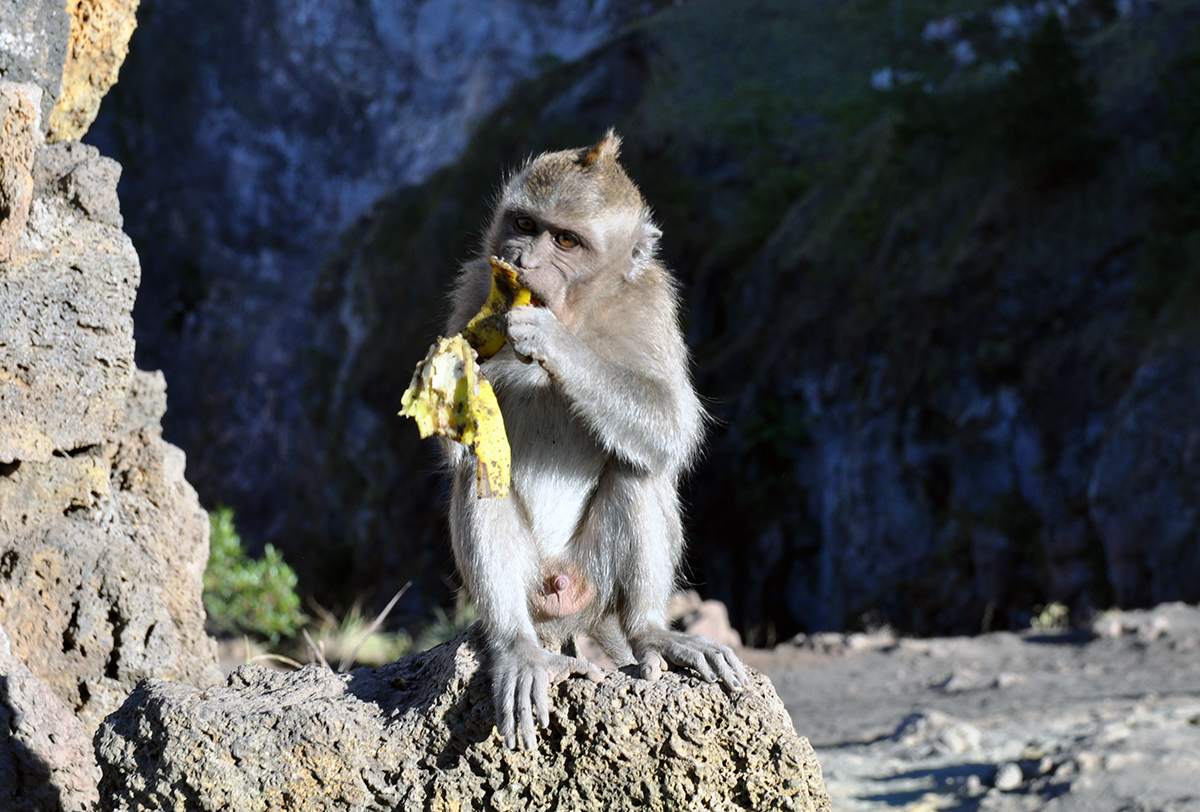 Cycling through the rice fields near Ubud

Even though Elizabeth Gilbert makes it look really cool in Eat, Pray, Love, cycling through and near Ubud is not quite like that. Ubud is not the Ubud it used to be anymore. When I booked my cycling tour I had no idea what it was going to be like, but it turned out to be a lot of fun. I did not actually bike in Ubud, but was taken to Mt. Batur where I started my ride down, through the (non-touristic) rice fields, back to Ubud. This tour was a lot of fun and I will write more about it later! 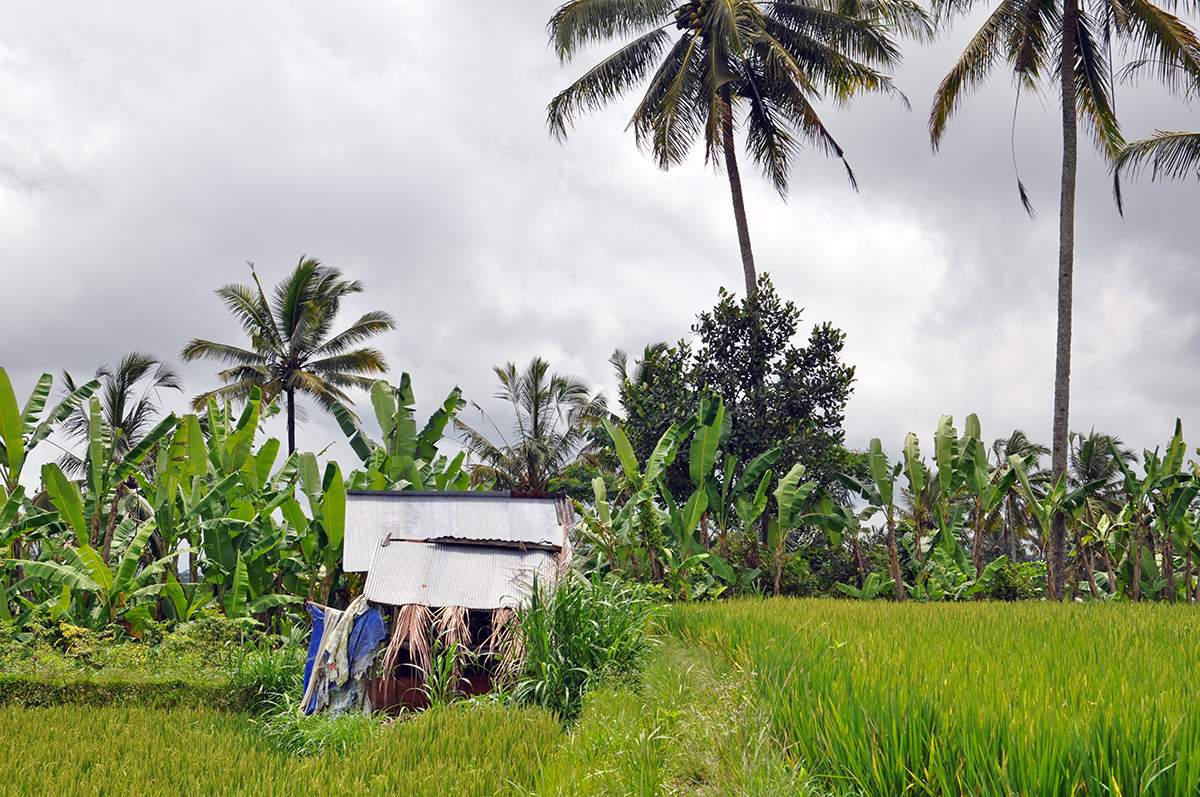 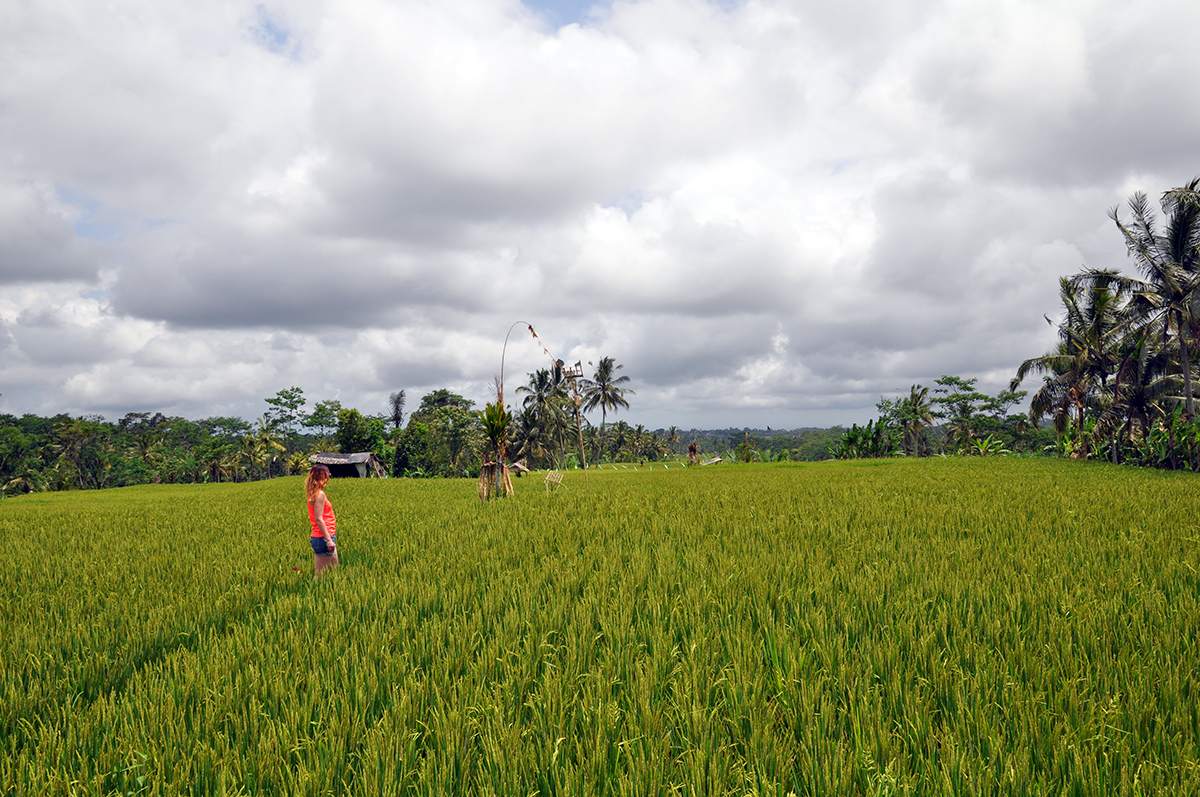 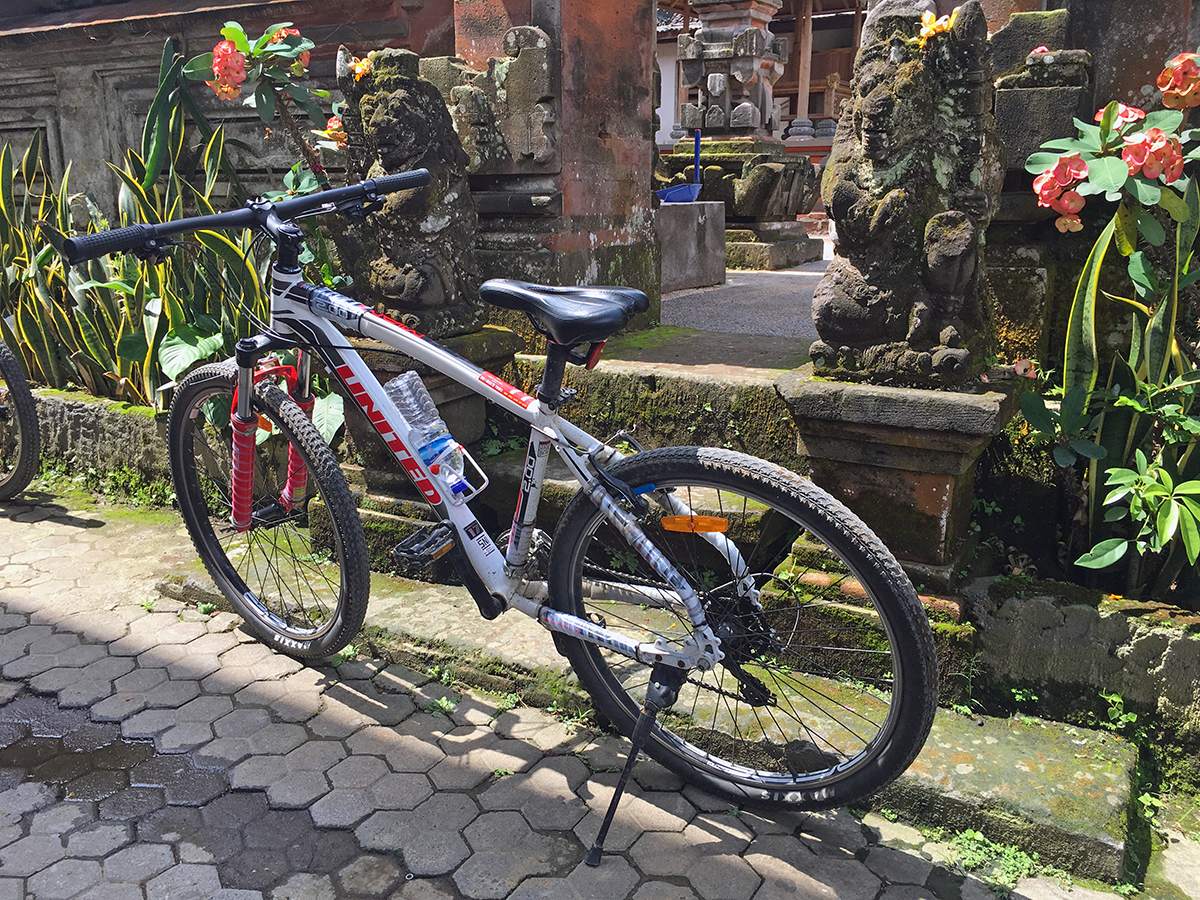 The next day I wanted to take it easy, but half way during the day Marieke and I decided it would be good to do at least something. And so we grabbed a taxi to The Bali Swing, something we had seen on Instagram. I will write a long blog about this adventure, but I can already give a sneak peek with some pics and by telling you this was so much fun. I’ve already received many questions from you guys and to answer the most asked: yes, it’s fun! And yes, you are really above a canyon. And yes, it’s worth the money! More about this attraction will be published later! 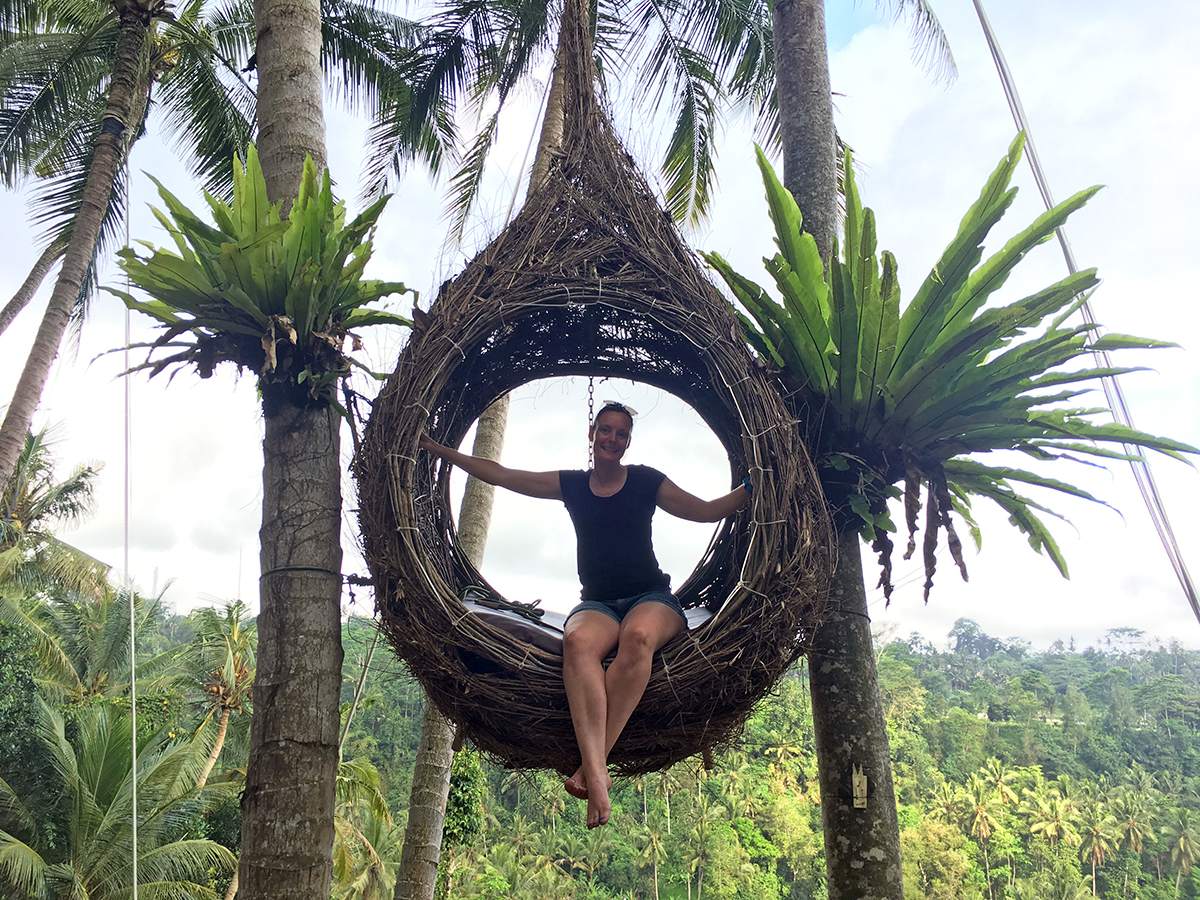 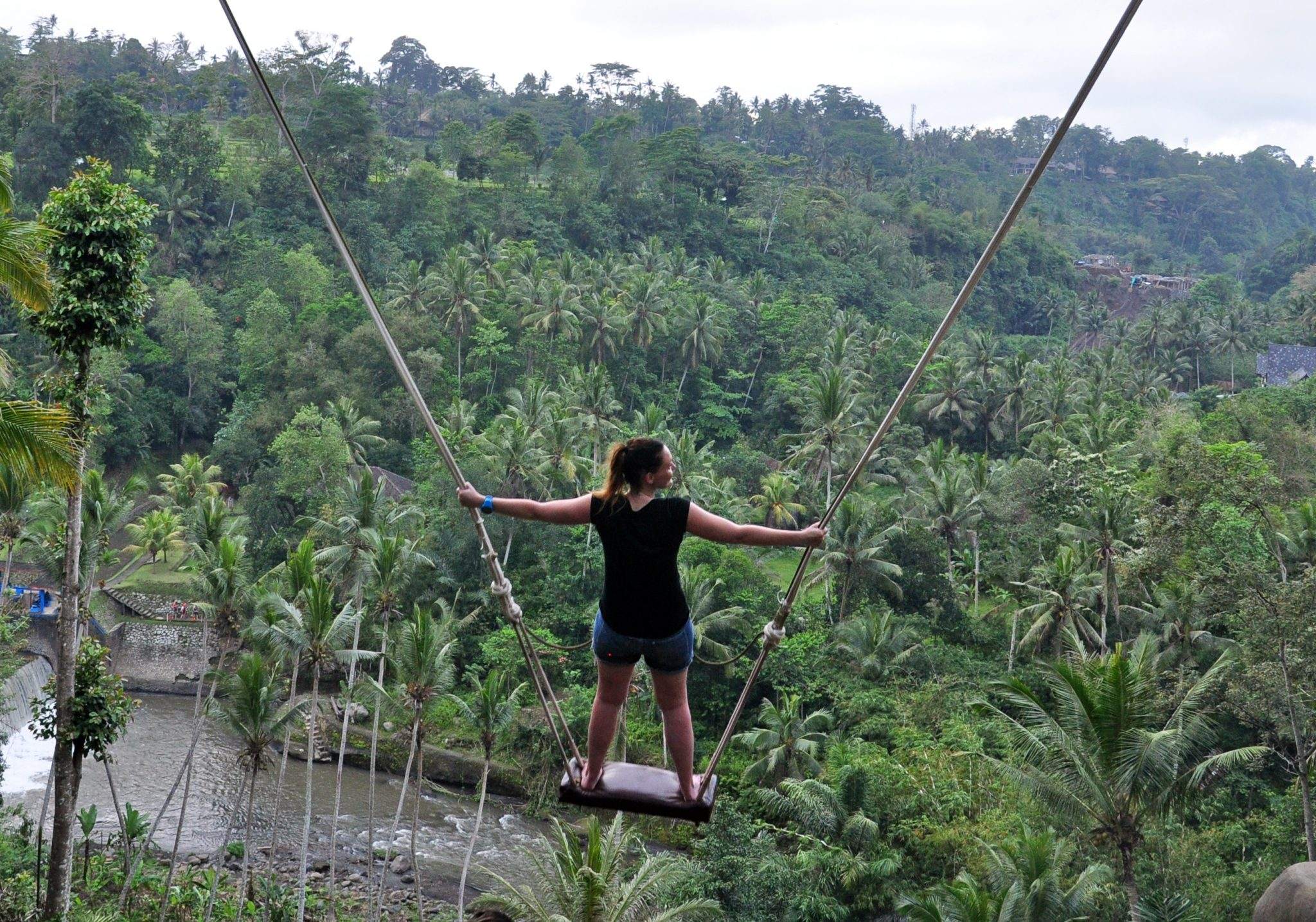 I decided to stay in Ubud a bit longer and added one night to my stay in Ubud, as the next day I wanted to climb Mt. Batur, the first of the volcanoes I planned on climbing. Mt. Batur is an active volcano and the Sunrise Trek (as it’s called) is being done by hundreds of people each day. Which made me think it would be rather easy but little of that was true. I was being picked up at 01.30 am and since I didn’t want to oversleep, I basically did not get any sleep at all. At 04.00 am I started my climb and I arrived at the top of Mt. Batur some 2 hours later. I was utterly exhausted after a challenging way down (loose scree, lava and rocks) I didn’t do anything anymore for the rest of the day, other than sleeping and swimming… 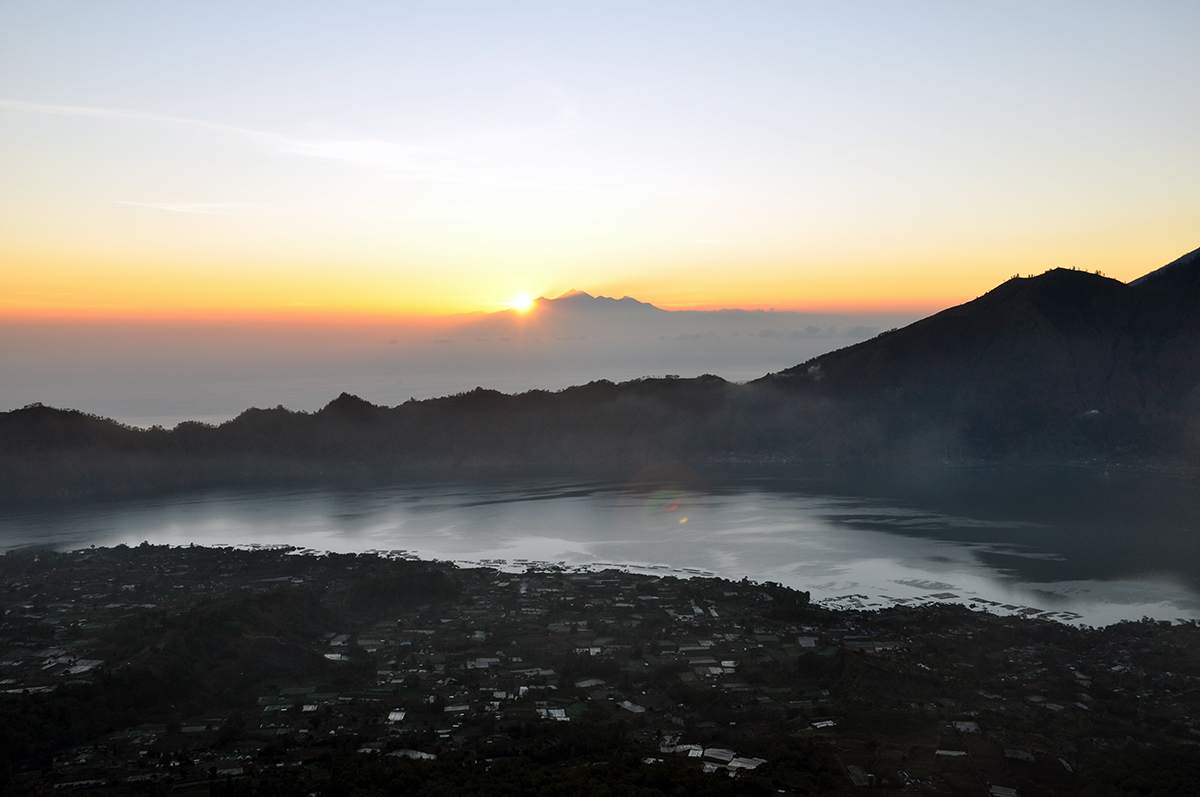 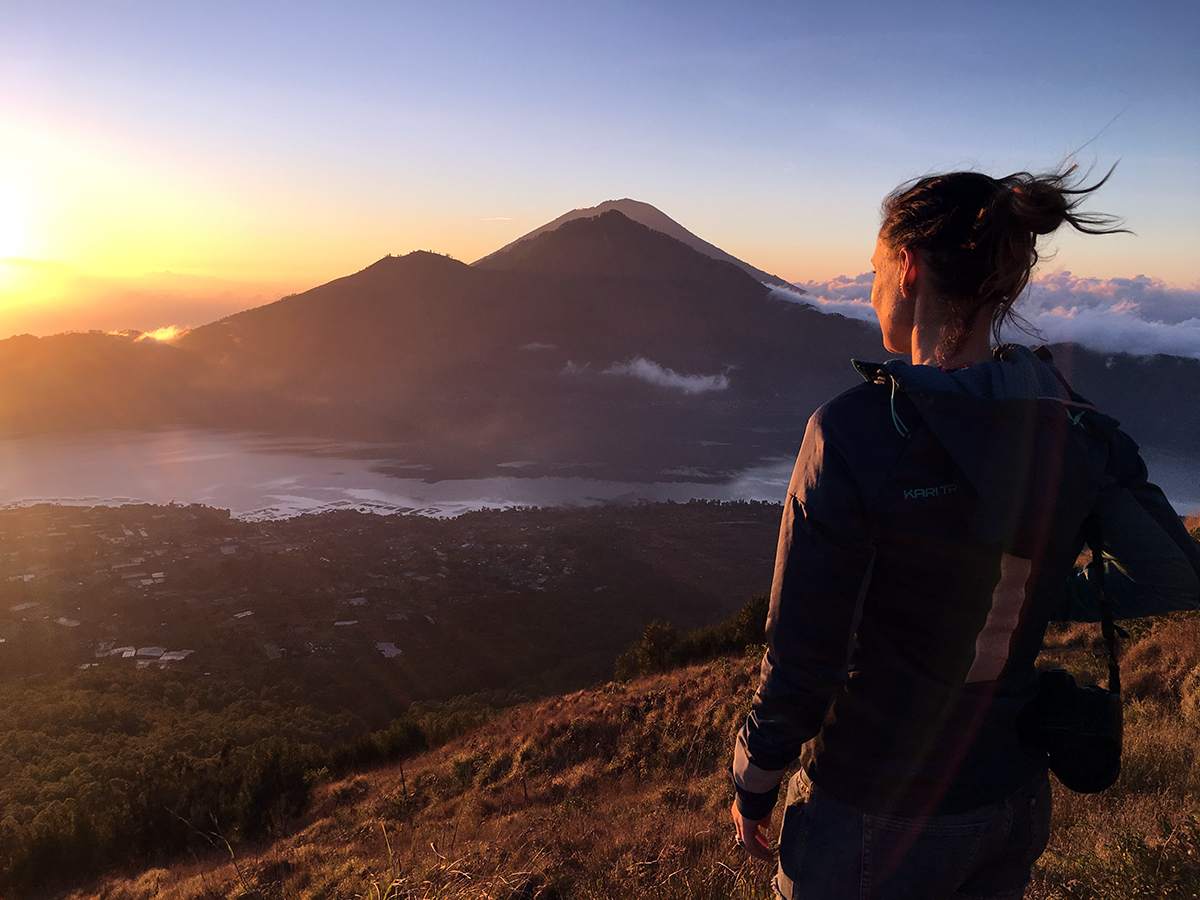 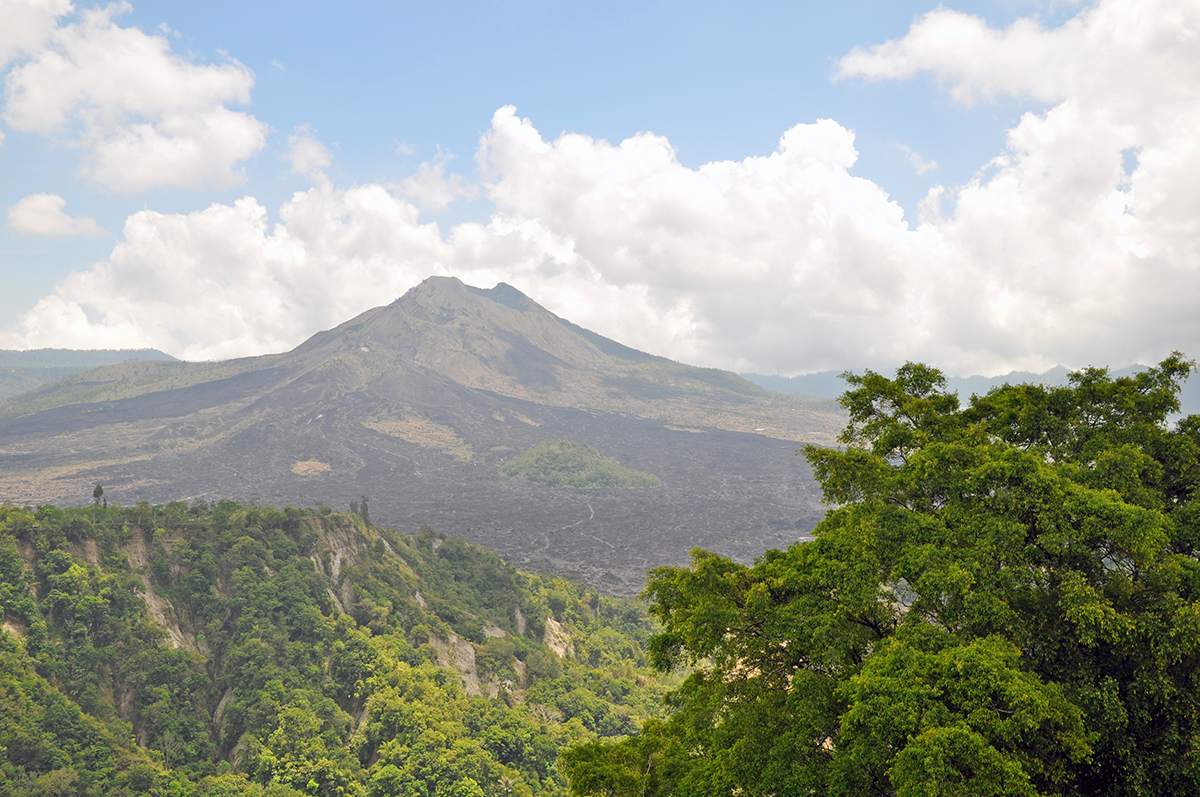 After climbing Mt. Bature I moved on to Sidemen in eastern Bali. Even though it is super quiet around here, I like it a lot. My body still needs to get used to the heat though. The humidity is taking its toll on my lungs and with each step I take I’m sweating like crazy and grasping for breath. When I see some people running I can’t help but think ‘HOW?’ but then again, they may be used to this. 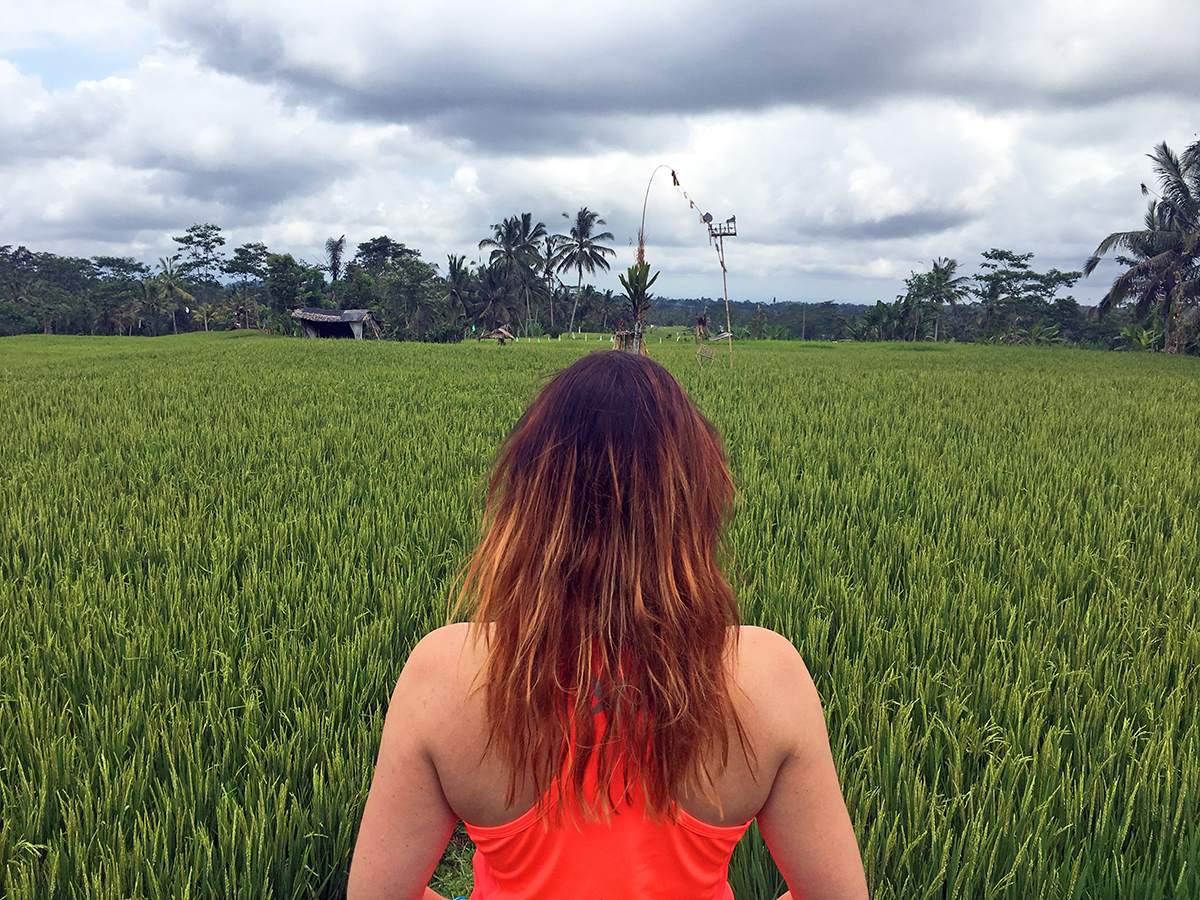 This is where my first week in Bali ends. I’ll write more blogs later because I’ve done and seen so much already, so there are plenty of stories to tell. However I’m now off for another plunge in my pool and then some reading. Keep an eye out for my updates!

Want to read more? You may also like these posts:
– Off to Bali: jungle, rice fields and volcanoes!
– Outdoor & Adventure in San Marino
– Hiking to Everest Base Camp: things that nobody tells you