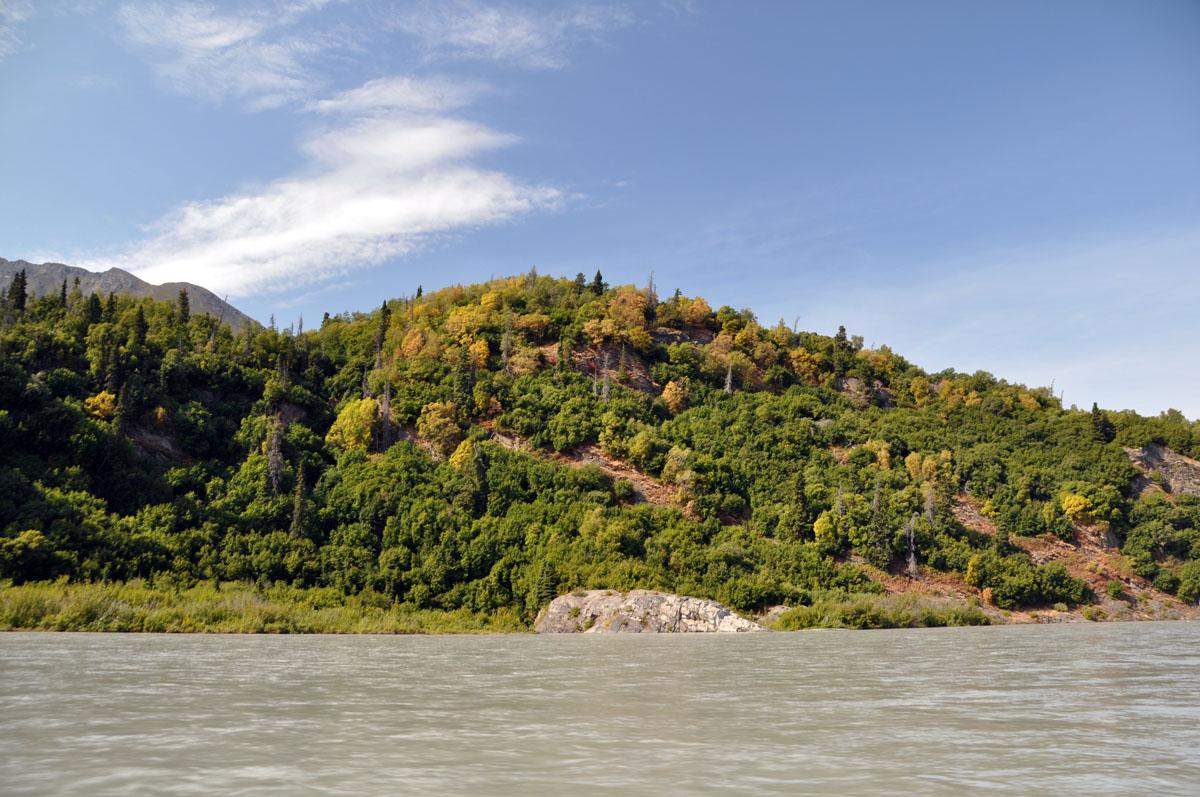 Here I find myself – a rainy Saturday morning, behind my laptop accompanied by a large mug of tea and a head that is bursting with ideas … but they don’t come out. Last week we came back from a long weekend in Friesland (all the way up north in our tiny country) and when I unpacked, I realized this: 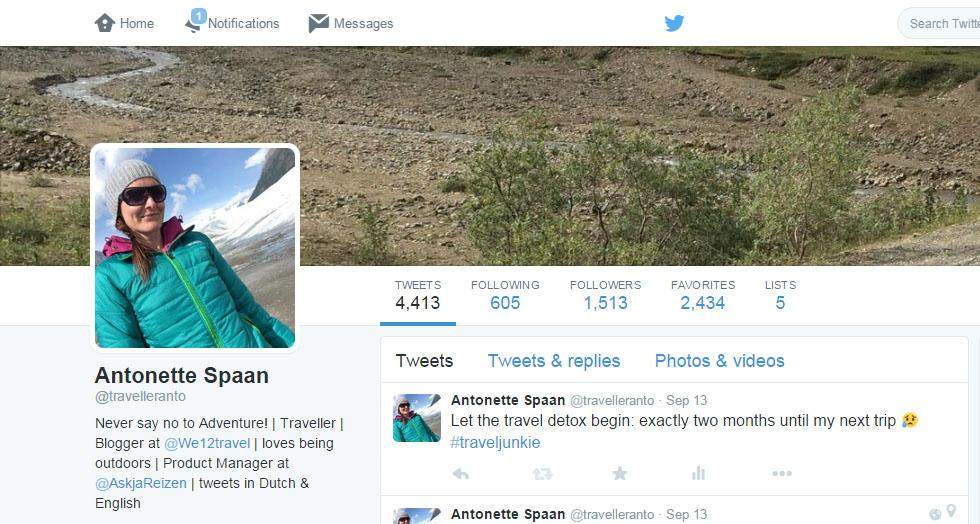 Two months without travel. Somehow I knew, but full realization only kicked in when actually writing it down. Two months at home, that’s totally unlike me. That night I went to bed and I slept like a baby. Exhausted from a very intense (but amazing!) weekend away and looking forward to the upcoming months – without travel!

A major reason for deciding to take it easy over the upcoming months is my ankle. A couple of months ago, just before leaving to Alaska, I bruised my ankle during a nasty fall from my bike. It was a solo-accident which happened when I cycled home from work. The continuous rain had made the road slippery and somehow (long story, not interesting) I lost control of the steering wheel so there I found myself, on the ground, before I knew it. I immediately felt that my ankle was in a lot of pain and that it was not OK. I dragged myself home and after spending 4 hours going from the doctor to the hospital, they were able to determine that my ankle wasn’t broken yet very bruised. Back then, I was happy about that because that meant I could still go to Alaska, but looking back, it might have been better to break it because that heals faster. It’s nearly 9 weeks later now and I’m still in quite a bit of pain.

In exactly 8 weeks from today our plane will touch down in Kathmandu and we’ll start our trek to Everest Base Camp. It will be our longest and possibly most demanding trek ever (fyi we chose the “strenuous” option, including crossing the 5.400 m. high Cho La pass) … but there is no way that I’m going to make it with a bruised ankle. So I decided to call for the help of a physiotherapist to see how we could heal that ankle in time. To cut a long story short, I’m learning to walk again. With tiny steps that is. I currently don’t train at the gym anymore but am investing my time in learning to walk again. Short bits, with my new shoes (sponsored by Lowa) and today for the first time since coming back from Alaska with a pack. I do lots of exercises at home but more important: I need to relax.

By now – I’ve reached a point where I see that I can’t continue my current lifestyle forever. That I need to set priorities and that I need to listen to my body in order to be able to conquer that mountain pass. That you can’t expect your body to heal when you head out to London with friends for the weekend, get nearly zero sleep, push out a 6-day working week, travel to Amsterdam at night to see a soccer match and still expect to be fine the next morning. I’m not in my twenties anymore (although I feel like that, late twenties though) … I need to start catching up on sleep. Spending evenings on the couch watching tv series, read a book once again, see friends and basically, get shitloads of sleep to be totally zen when heading off to Nepal.

People say “but Anto – why the hell did you go ice climbing in Alaska with a bruised ankle” … or “what I was thinking going solo-hiking in bear country with a bad ankle”.  Well, that’s just me. Those were things I had been looking forward to doing for years. Yes folks, YEARS! No bruised ankle was going to keep me from that, really. Would I do it again? Absolutely! I have no regrets … I have a favorite saying:

That doing these things may have led to a longer recovery – well that’s the consequence I accept. Regret won’t solve that. Doing those things were among the highlights of my Alaska trip and are an important part on my road back to recovery.

And then there’s another fall. Autumn is on its way. Days are already becoming shorter and chillier. We’re getting lots of rain and those summer days are long gone. The older I get, the more I struggle with changing seasons. I’m just at my best when the sun is shining and when it’s somewhat warm. I’m super grateful that this year, we’re going to skip a major part of the winter – first by traveling to Nepal and second by going to Tasmania in early 2016.

However, these shorter days are also perfect for getting lots of work done. So it’s finally time for some big changes on the blog. It’s been almost two years since we released the current version of we12travel but it’s time for a change. I won’t exactly tell you what the changes will be about (although quite a few people already know) but it’s going to be major. At least, that’s what we’re aiming for…

Something important we’ve learned over the past years, is what works and what doesn’t work. I’m definitely the story-teller and Martijn decided that writing isn’t for him so he’ll stick to editing videos and doing the background work. He’s a much better photographer than I will ever be, however he doesn’t like editing so that’s my part.

What is definitely not going to change is that we are banner free. While searching for the perfect lay-out I’ve visited a lot of blogs over the past month and I can’t help but feel extremely disappointed whenever I see a beautiful blog and ugly banners in the sidebar. Yes, I know it could get me more money but I just can’t. This blog, about outdoor and nature, is not made for that. It’s ugly. It’s not worth the extra money at this point.

Working on we12travel version 4.0 will take a lot of time so we may decide to write less articles during the upcoming period of time. One of the most important things I’ve learned over the past months is quality definitely beats quantity and that I don’t need to post 3 times a week in order to be succesfull. As I said in an earlier post in the Confessions of a Travel Blogger series, I’ve already reached the point where I am succesfully combining a full time office job with traveling in the best possible way for me, however now it’s all about better quality. Better pictures, better stories and hopefully more visitors what will be inspired to get outdoors more often and live a more adventurous life.

Two hours later … I’m still here behind my laptop but about to head out. When I woke up this morning it was not my intention to write this blogpost because a lot of other work needs to be done (say fixing a broken radiator, laundry, groceries … your typical Saturday stuff) however when reading this post by Caz at Y Travel Blog I felt inspired and the need to write the above. The following phrase by Caz made me realize that breaking down a couple of weeks ago (see this Instagram post) was for the better:

“Don’t be afraid to break. You will many times on the road to your dreams. Use that as the fuel needed to shine!”

So off I am, I’ll pack my bag, hike those 11 kms and see where it will take me. It might be painful or it might not be. You will never know without trying. I still have 8 weeks to recover after all.

Have a great Sunday!

Want to read more? You may like these:
– Happiness only real when shared? Traveling solo in Alaska
– Confessions: I’ve got the blogger blues
– What I talk about when I talk about hiking