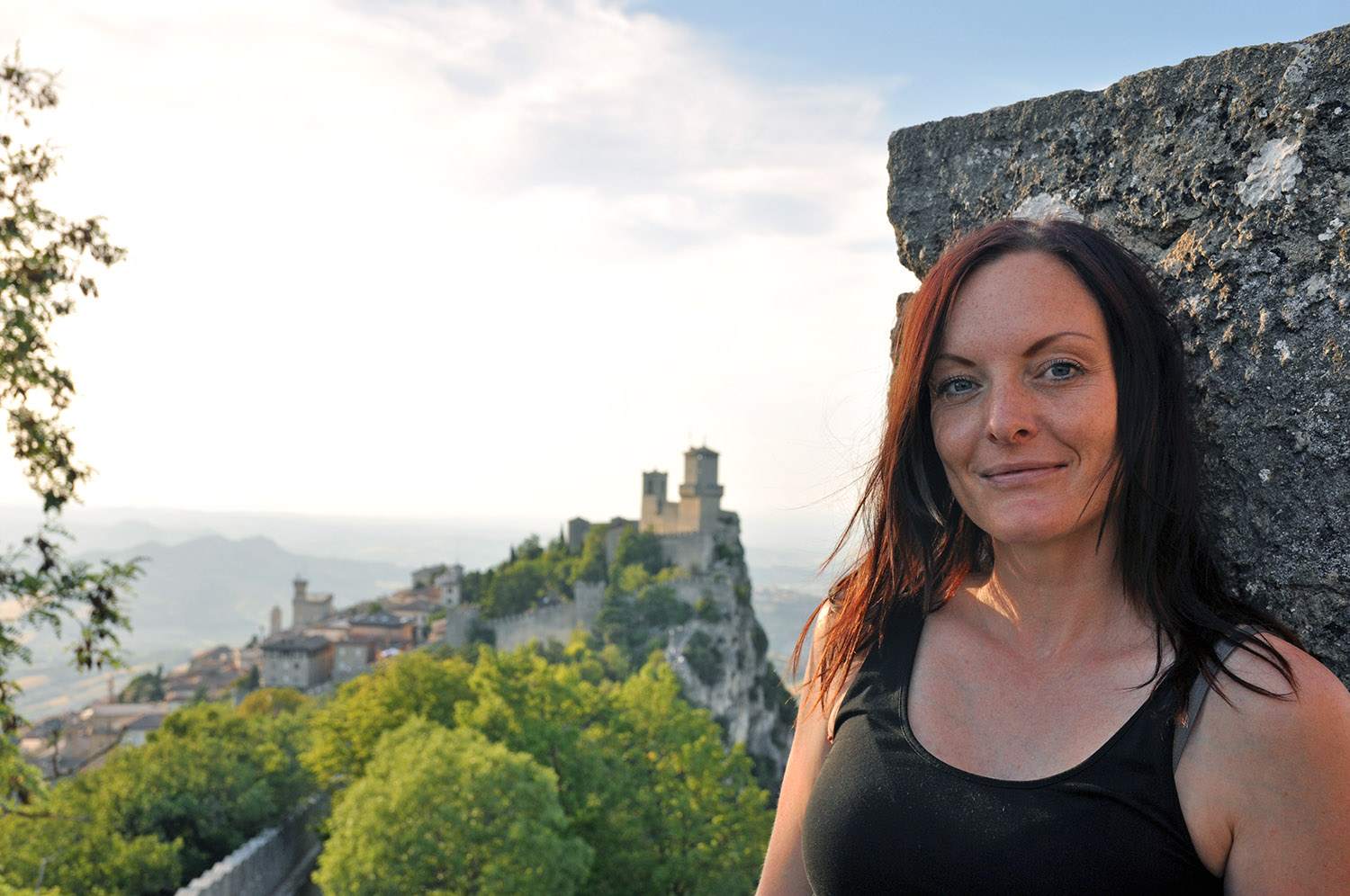 I realize it has been awfully quiet on the blog. Although this never was my intention, it just seemed to happen that my Dutch articles don’t really get translated anymore because it was just too time consuming over the past couple of months. However, from Friday on I’m leaving my office job behind and I’m finally able to travel and write at the same time, something I’ve been looking forward to forever.

My journey to America is about to start at the end of this week. I’ve got four more days in the office coming up, then I’ll pack my bag and the next day I’ll be flying to Seattle. Here my adventure will start. I’m super excited about it yet at the same time I’m nervous and somewhat terrified. Why? I’m about to tell you. Plus why I decided to travel to Oregon and Washington rather than other popular American places.

As you’re reading this, I’ve been back in The Netherlands for five days. After Austria I was home for one day, only to leave for San Marino the day after. Here I explored the Great Outdoors with a bunch of other international bloggers. This microstate has really surprised me and soon there will be blogs and more pics online on my social media channels. The header photo of this blog was also taken in San Marino by the way, on one of my favorite spots in the country. I also spent a day in the Emilia Romagna region where I went on a foodtour and learned to make my own pasta. It was a lot of fun and taught me that even though I recently got very sick after eating pasta, I just cannot live without it.

My journey to the USA is about to start by the end of this week. As you are reading this, I’m hanging out in Portland with some of my friends or will be hiking in Oregon. Even though I’m looking forward to seeing Seattle and Portland, my main reason to visit the Pacific Northwest is ofcourse because of the Great Outdoors and the amazing hiking trails. I’ve been dreaming about visiting this region for a long time and soon it’s finally about to happen. I had actually booked a flight to Portland last year already but had to cancel, but this year I will finally get out there. I haven’t really decided about a route however there are a couple of things I really want to see and do. I have almost two weeks there and I’d like to see as much nature as possible on foot.

The idea is that I’ll visit Portland and then the Columbia River Gorge. From there I’ll drive down south to Crater Lake National Park. This spot has been on my bucketlist forever. Okay, that is a little exaggerated however ever since my last US roadtrip I wanted to go there. My friend Allen told me it was one of the best places he ever visited and ever since I googled it, I knew I’d want to go there one day. This was also the reason why I eventually decided to not hike the Pacific Crest Trail, as this would only allow me to see a very tiny part of the PNW. Being so close to Crater Lake National Park without actually seeing it, felt a bit odd.

I also have a small obsession with volcanoes. This is why I’m also visiting the areas around Mt. Rainier, Mt. Hood and Mt. St. Helens. When I was at Seattle Airport for the last time a couple of years ago, it was winter and I could see Mt. Rainier from my window. I had just landed from Anchorage and was quite sad to leave Alaska behind again. Seeing that snowcapped mountain lighting up in the distance, made the sad feeling a little less. In addition I will visit two more national parks: Olympic National Park west of Seattle and North Cascades National Park on the border with Canada. Both parks are perfect for hiking and camping. I’ve not really decided yet which I’ll head out to first, however I’ve rented a nice car and I even though I’m traveling just by myself, I don’t mind at all having to do all the driving on my own.

I’m curious how traveling solo will turn out to be for me. Technically I’m going to be alone for just ten days, because after Seattle I will fly to Anchorage and stay with people I know. But okay, ten days can be quite long. In Austria I was by myself for a week and in all honesty, I did feel lonely at some point. I know many people prefer not to talk about it, however I don’t care talking about this at all. Being in a fancy room at night but not having someone to share your small talk with, made me feel incredibly lonely at some point. It probably also had to do with the fact that I was there exactly one year after my dad was hit by a car, which basically was the start of his end. Plus the region I was traveling in, was the place where we’d spend our carefree childhoods. After coming home I decided to embrace those moments of loneliness and cherish them, rather than seeing them as a burden.

Hiking solo will be a great challenge. I’ve joined a couple of hiking groups on Facebook for a while now and every now and then articles get published about people missing while out hiking or even worse, dying when out on the trail. Of course I know that chances are small that something will happen to me, I do realize that I have to be way more careful than I normally am when hiking out in my backyard, where there’s always someone else on the trail, maybe not with you, but always behind you. I recently spoke up about my worries on Facebook and decided to leave my details with some relatives while away and keep them posted through whatsapp about my whereabouts and trails I plan on hiking. I know that in the end I’ll be just fine and in some four weeks time I’ll be feeling sad about being home again. If anyone happens to know the best trails in the places mentioned, feel free to leave a comment below!

This Thursday will be a memorable day when I finish my career as an employee for a company. I’ll officially start my life as a digital nomad. A free life I spoke about earlier on, where I permit myself the freedom to do and go where I want, not where others want me to be. To just do things that make me feel accomplished such as hiking, writing and reading. So that, by the time I’m dying, I can actually say I lived the life I wanted to live.

My social media channels have been rather quiet over the past week but I’ll try to update them regularly again once on the road. Follow me for a daily dose of outdoor and adventure on Instagram and Facebook!

Have a great Sunday everyone!

Want to read more? You may also enjoy the following posts:
– Update: where’s Anto and … the road to a free life
– I’m going to travel the world on a one-way ticket!
– How to create more time for blogging