There’s things in life that you never thought you would do. Traveling to Patagonia for the third time in four years is one of those things. That’s why many people ask us “why are you going there again?” Simply put, because there’s a lot to see! Crossing as many countries off your “want-to-see” list seems to be important for many, but in our case, going to Patagonia is something we will always prefer doing over many other things – no matter how often we have been there.

We’ll spend most of our trip in Chilean and Argentinean Patagonia, the southernmost region of these countries. We’ve been here together before in 2009 and Anto was here again in 2012. When Anto won a plane ticket with KLM and could pick any of their destinations within Latin America it was quite a hard choice. Rio de Janeiro? Panama City? Paramaribo? Lima? Eventually we chose Santiago because there was still so much we want to see and experience. And, let’s be honest, plane tickets to this part of South America are the most expensive and as we’re from The Netherlands, a nation known for being stingy, the choice was easily made.

For once, we won’t be telling you about what we have done but what we are going to do.  We’ve got 3 weeks and we’re only going to two different regions and both countries’ capital cities, Santiago and Buenos Aires. The biggest part of our journey will be spent in the Lakes District. We went to a presentation about hiking in this region last year and that eventually made us decide it’s a perfect place for adventurous souls like ourselves. Here’s some things we plan on doing and seeing:

Cochámo Valley
While browsing the internet we accidentally stumbled upon the website of Cochámo. It’s a secluded valley that you can only access by foot or by horse and is a paradise for hikers and climbers. The granite walls and lush forest contribute to its nickname: the Yosemite of Chile. We’re staying overnight at a refugio and will spend a couple of days there.

Ventisquero Negro
We are glacier lovers and even though we know that this will not be the most impressive one we’re going to see on this trip, we still want to pay it a vist. Why? Because it’s black! Ventisquero Negro means “black snowdrift” and flows from Cerro Tronador, located in Nahuel Huapi National Park close to Bariloche. From there, if the weather allows, we are planning to hiking up to Refugio Otto Meiling and stay there for the night.

Villarrica volcano
The Lakes Region of Chile is well known for its snow capped volcanoes. Our dream is to climb one and we picked Villarrica to do this. However, it’s very weather dependant as it can be treacherous and dangerous up there, apparently by this time of the year because of the melting snow. We are keeping our fingers crossed for the entire trip that we will be able to do this, as this one is high up on our bucket list! 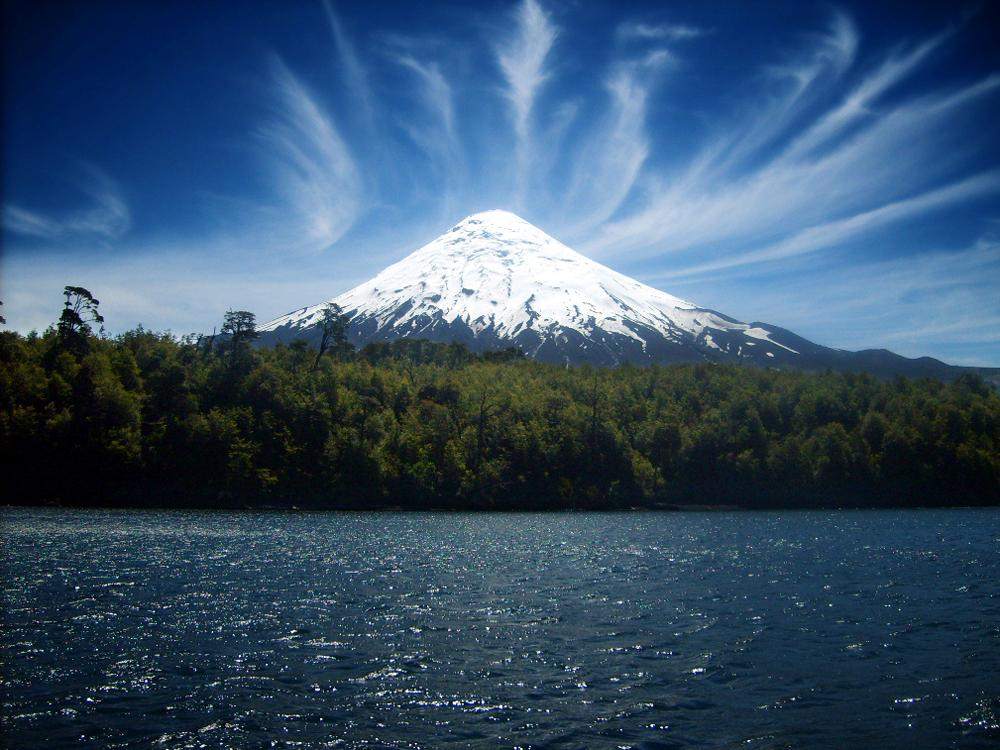 Sailing through the fjords and along glaciers
At the end of our trip through Los Lagos, we are flying down south to the deepest part of Patagonia. Here we’ll embark on a ship from Cruceros Australis that will take us from Punta Arenas to Ushuaia in 5 days. For us, this is a dream come true. We’re going to sail through Glacier Alley and are hoping to see penguins and whales. If the weather is good enough, we will go to Cape Horn, which marks the northern boundary of Drake Passage. Named after the Dutch city of Hoorn, it will be very special to go here.

By then we’ll have reached the southernmost city in the world, Ushuaia, and hopefully we’ll have another good day so we can visit Tierra del Fuego again (and take a new version of the picture below that we took in 2009). From Ushuaia, we’ll fly to Buenos Aires and then home again.

This trip will give us plenty of new inspiration for our Park Post series as we’ll be visiting plenty. Alberto De Agostini NP, Nahuel Haupi NP, Vicente Perez Rosales NP, Cape Horn NP, Huerquehue NP … plus many more!  Same for our Natural Wonders of the World series, with all these glaciers and volcanoes the inspiration will be taking over our minds.

We’ll try to do some writing while on the way but don’t worry if you won’t hear from us. It means we are having a good time and gathering stories to share with you when back home, a moment we don’t really want to think about just yet. Keep an eye out on our Facebook, Twitter and Google Plus as well if you want to follow us on our journey.

Have you been to Patagonia or the Lakes District? Let us know your travel tips!