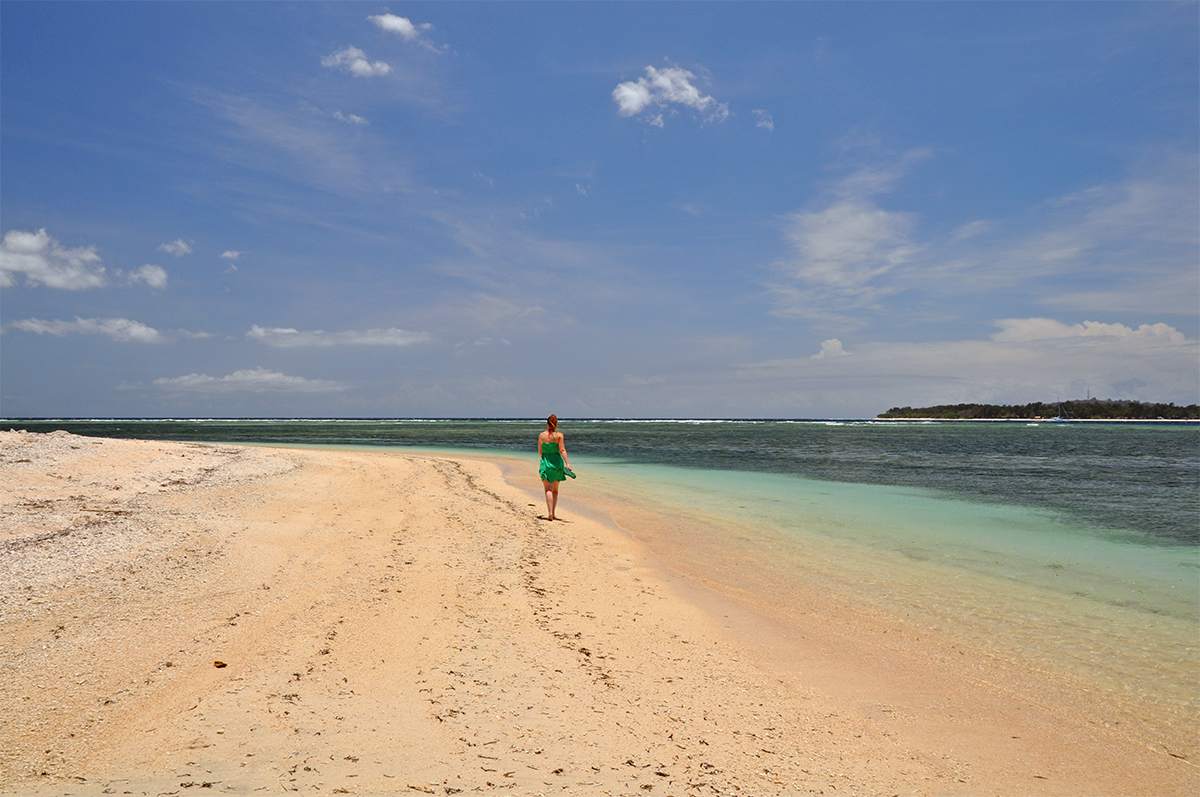 Last Tuesday I returned home from a trip to Indonesia and man, I enjoyed myself a lot while out there. Although I had some doubts about Indonesia as a travel destination for me before my departure, I have learned that it’s a great destination for travel and even some outdoor adventures. During this trip I was by myself quite some time which gave me the opportunity to overthink my life and myself as a human. Today I’m sharing 11 things that I learned about myself in Indonesia with you!

1. Sleeping on a plane: just leave that up to me!

As long as I’m tired enough, sleeping on a plane is absolutely no problem for me. When flying home from Seattle last summer I slept almost non-stop on both flights and it was the same on my flights to Bali. I had the meal, put on my eye-mask and passed out, both times without even taking a sleeping pill. From now on I no longer fear long flights! Although the way home was quite a different story because I couldn’t sleep at all. It probably had to do with the fact I did not have window seat (my favorite) as well as being stuck in my seat with the seatbelt on the whole time because there was turbulence during the whole flight. I will trust that next week’s flight to Kathmandu will be better. #FingersCrossed

Boats are not really my thing it turns out. I took a ferry from Bali to Gili and a public boat from Gili to Lombok, but the sea was quite rough and so were the boatrides. I was not impressed, to say the least. Luckily I took a seasickness pill both times around so I didn’t get sick, yet I saw quite a few green faces around me. So on the way back from Lombok to Bali I decided to catch a 20 minute flight back instead of embarking on yet another never-ending boatride. Best choice ever!

3. Traveling alone is fun, but not for too long

I don’t mind traveling by myself, but not for too long, please. There have been days I didn’t talk to anyone except the guy from the coffee bar, which was totally fine. Yet in the end I was happy to be able to speak some Dutch again with someone I knew. I traveled with fellow Instagrammer Marieke during the first part of my trip, then I spent a day in Jimbaran with fellow blogger Lotte and my last week in Ubud was spent with one of my long-time friends from Holland. And by the end of my trip, the standard ‘hi, who are you, where are you from and how long have you been here?’ introduction kind of started to annoy me. It’s just so superficial, also because you know you will most likely not see each other ever again. In Canggu I hung out with the same people for a while which was nice and relaxing. I know that meeting new people is a highlight for many travelers but for me, I did not always have the energy to invest time in that. Yes, you may call me ultra-boring right now.

I’m super bad at bargaining and I don’t enjoy it much, either. I completely understand that for some travelers it’s quite a thing but in the end, I usually couldn’t care less about that one euro we were arguing about. Time is money too and in the end, I was usually the one just giving up. Of course I kept on trying like I am supposed to as a traveler (so please keep the ‘you are ruining travels’ comments to yourself) but I will never be a fan of bargaining, even if it’s expected of you as a visitor.

5. Digital nomad on my own conditions

One of the most important things I’ve learned over the past weeks is that for me, work and travel can only be combined up to a certain level. Once I’ve reached a nice destination I’d much rather enjoy it than working in a bar behind my laptop all day long. I had some deadlines however which was not a problem, but in the end I realized that I’m much more productive when working from home rather than from a hammock in a co-working spot.

6. I can easily go without alcohol

I don’t really care for beer and wine was quite expensive on Bali. So instead I tried a few cocktails but they were quite expensive too, as in nearly as expensive as a meal. So I ended up just having water or juice with dinner, rather than alcohol, and I didn’t really care for it. I spent quite some time without alcohol during this trip, basically up until the moment I learned that they have Bintang Radler. That was the during point. But sure, I can go without alcohol for a while and not care. Somewhat.

7. I’ve become good at doing nothing

Even though some of you may expect different from me (I’m looking at you, friends!) I’ve learned that doing nothing is something I can easily get used to. I spent hours on my veranda doing nothing, just hanging out, dreaming, napping. I did that just fine. In the beginning I felt like I had to justify to myself why I was doing nothing, but in the end I realized it I have no one to explain myself to. Freedom baby!

8. I can go without candies even better than without alcohol

When back home in Holland I sometimes have these incredible cravings for sweet things, especially cookies and chocolate. However, while in Indonesia I did not have that craving even once. I just had three meals a day plus some fresh fruit juices in between and that was just perfect. It was too warm to crave sweet shit, anyway.

9. I don’t completely freak out when I see a snake

Ever since I was a little kid, I was super afraid of snakes. I knew there’d be a chance I’d run into one at some point during my trip and as always, things like these happen when you least expect it. And so I nearly stepped onto a big snake when walking through the Tegallalang rice fields near Ubud, just a couple of hours before my departure from Indonesia. I did not scream, nor cry or run away. I did say OH MY GOD about a thousand times though and eventually even ended up taking pictures of it. Cheers to the next 36 years without seeing a snake, hopefully!

10. Warm weather is fine but I actually enjoy the cold more

This is something most of you will most likely not understand, but I really missed the cold. I enjoyed the warm weather of course, but I craved feeling cold again eventually. I was cold just twice in a month (on top of Mt Batur and same for Mt Rinjani) and my lungs loved it. The humidity is just not good for my body, it made me exhausted and grasp for breath all the time. In Ubud it rained quite a bit but it never really cooled down. So the first thing I did when I came home last week, was suck a lot of cold air into my lungs. I truly, truly missed that so bring on the cold in Nepal next week!

11. Backpacking is just not so much my thing anymore

It has been fourteen years since I made my first backpacking trip and now that I’m older (and wiser, I hope), I’ve realized that traveling as a true backpacker is not my thing anymore. I try to avoid hostels and rather pay a little more for my own hotelroom, don’t feel the urge to party on a beach and ended up hating living out of a backpack, just because I have not used it for many years. So on my next trip, I’ll happily drag my North Face duffel bag along, just like I did on my previous trips. Same goes for transport, I’ve become too impatient to wait in bus stations for hours, take boats and trains and whatever. I’d much rather have my own transportation, so can’t wait to head to New Zealand and buy my own vehicle there.

Those are my eleven things I learned about myself while traveling in Indonesia, where I went from Bali to Gili to Lombok and back. How do you feel about them, does any of you recognize something in them or is it just a bunch of crap? Let me know in the comments!

– Check out the best airfares to Denpasar airport on Skyscanner.
– Find the best Ubud hotel deals here
– Order your copy of Lonely Planet Bali & Lombok or Lonely Planet Indonesia to start planning your next adventure straight away.

Want to read more? You may also enjoy these blogs:
– My favorite hotels in Ubud, Bali
– Highlights of Ubud and around
– Is Bali safe? A traveler’s view of the current situation.
– Best Indonesia foods to try on your next visit – a blog by Kelana by Kayla